Renovation of a late twentieth-century building, giving it new life with slumped glass panels and a new green roof 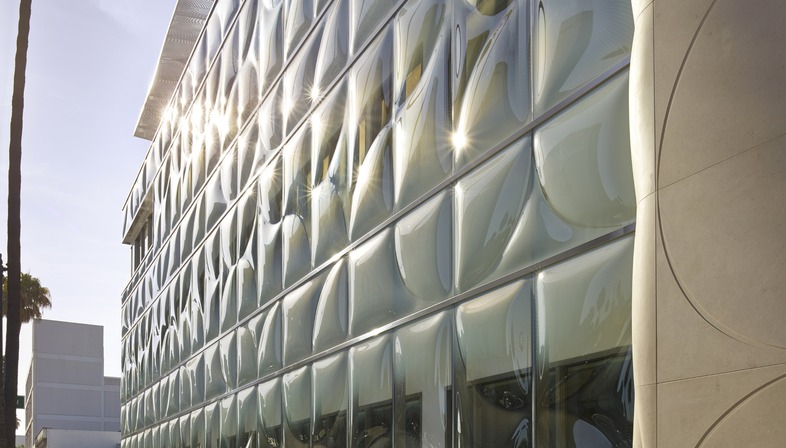 The slumped glass façade of the Gores Group Headquarters in California is the product of careful study by Belzberg Architects.
The building in Beverly Hills had been constructed on the basis of concepts which have become obsolete now that noise reduction, introspection and energy efficiency are the new priorities in everyday office administration.
Belzberg architects studied the building’s skin, making it not only more modern but more high-performing in every way, without giving up the beauty of the architecture.
The typical 4x8ft panel used in the new façade is composed of two layers of glass joined by a layer of PVB (Polyvinyl butyral) to help improve its performance. The thermoformed glass is not flat, but features a geometric motif produced in eight different versions, repeating it in various ways to give the impression that all the panels are different even though they are all the result of the same original geometric pattern.
An immediate improvement was obtained in reduction of noise from the street. The curves in the glass improve sunshine inside the building during the day, and their final appearance, inspired by the preserved stone parts of the old building, make it highly attractive and original.
The renovation was extended to the roof, which was planted with a garden and topped with a canopy to complete its overall look and add dynamism to the project as a whole. The architects finished the project with a radical transformation of the interiors, particularly the entrance and the staircases to the upper levels. Here timber is the principal material used, with a ramp of long, slender strips of wood winding around the big empty inner space. 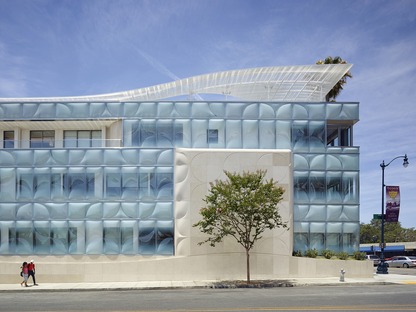 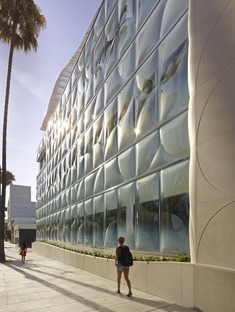 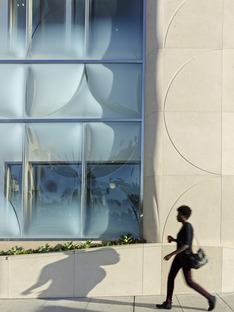 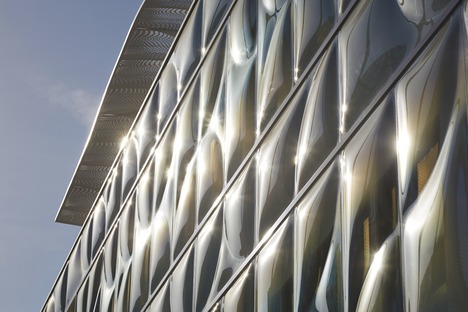 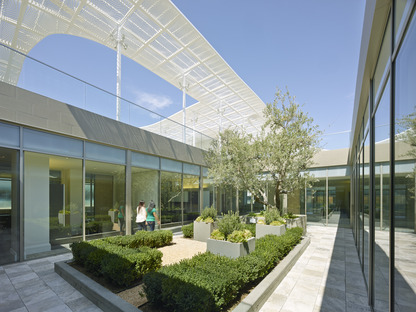 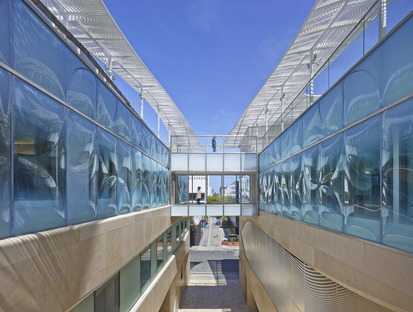 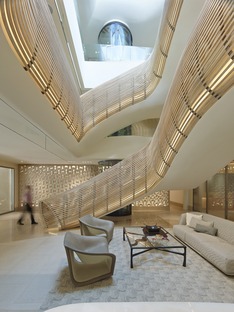 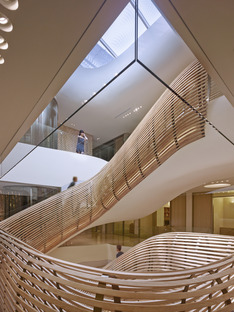 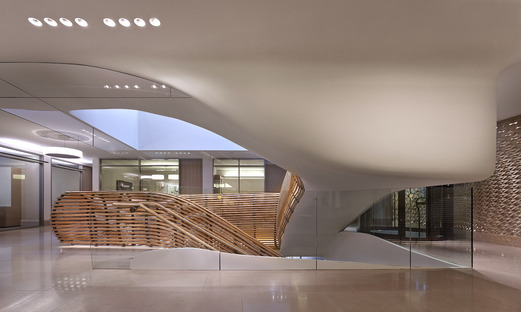 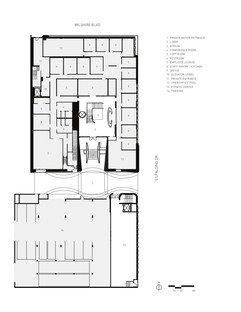