An old grain silo in the port of Copenhagen is given a completely new face, becoming an Expressionist apartment building with a galvanised steel façade 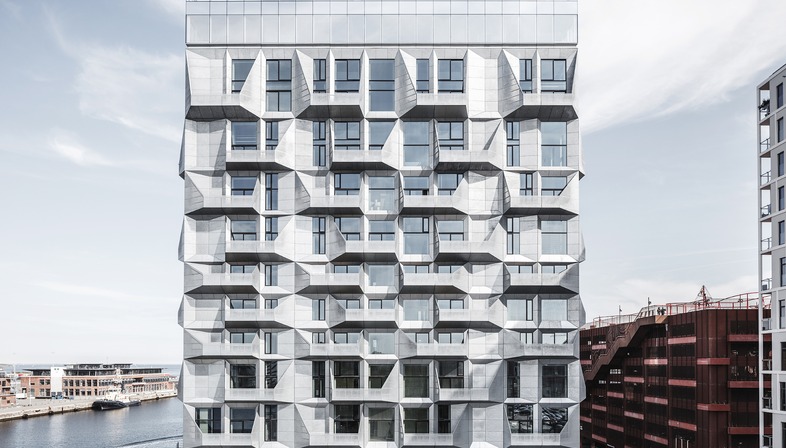 Cobe has converted a grain silo on the northern side of the port of Copenhagen into an apartment building, preserving its characteristic concrete internal structures while accentuating its size with a modular galvanised steel façade.

The city of Copenhagen has a new look in an area formerly dedicated to commerce and industry in the city’s port, preventing the need for large-scale demolition typical of other urban sites where industrial buildings have been converted. The idea of renovating all the silos rather than demolishing them is a sustainable choice, primarily because it prevents the need to dispose of large quantities of rubble while preserving the look of the cityscape, with an urban look which is both provocative and surprising in this context.

38 apartments of various different sizes were created, the smallest of which measures only 106 m2, while the largest is 401. The presence of a restaurant at the top of the tower makes the building less isolated despite its location in the city’s port. And its worn concrete façade has been studded with prefabricated galvanised steel elements containing windows and patios, the outlines of which allow them to be joined to the adjacent ones to create a diamond-shaped patchwork standing out on the city skyline.

Of course controlled demolition was required to create openings in the walls and guarantee proper assembly.

Inside, the hollow volume has been filled with a bare concrete structure that becomes the key material element in the project. In this way every space reveals the pillars and beams supporting the new floor slabs dividing up the building into 9 floors (they were originally 17) 3 to 7 metres in height. Three floors have been added to the building’s original height, underlining the grain silo’s original identity. 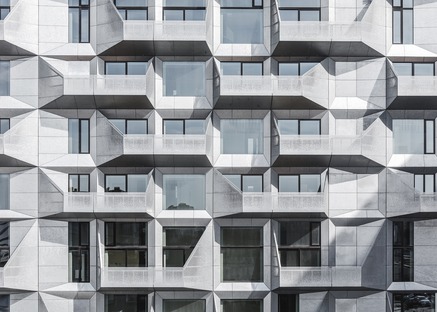 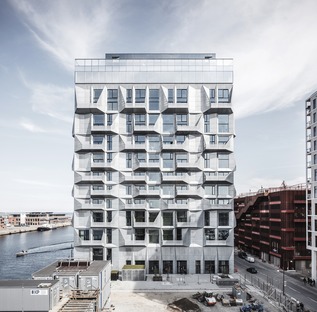 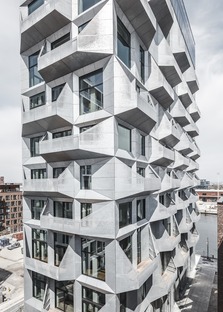 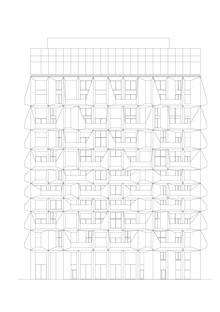 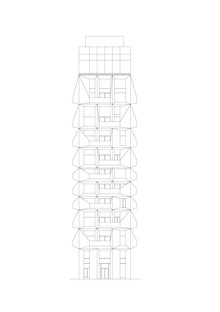 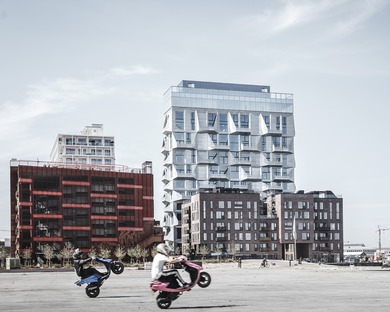 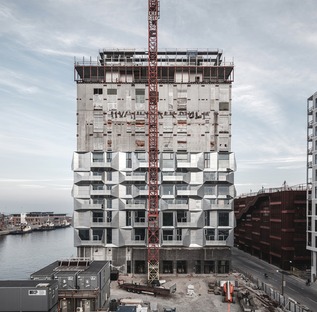 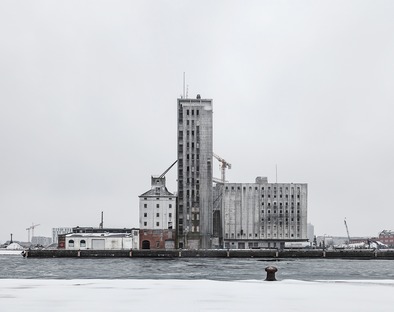 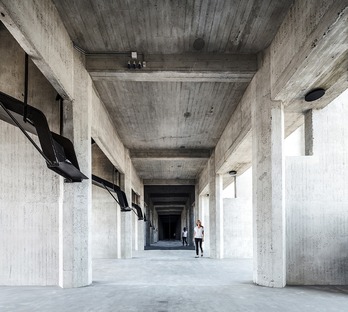 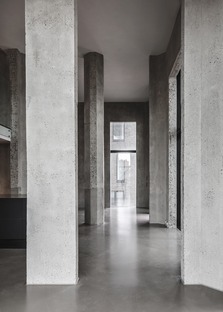