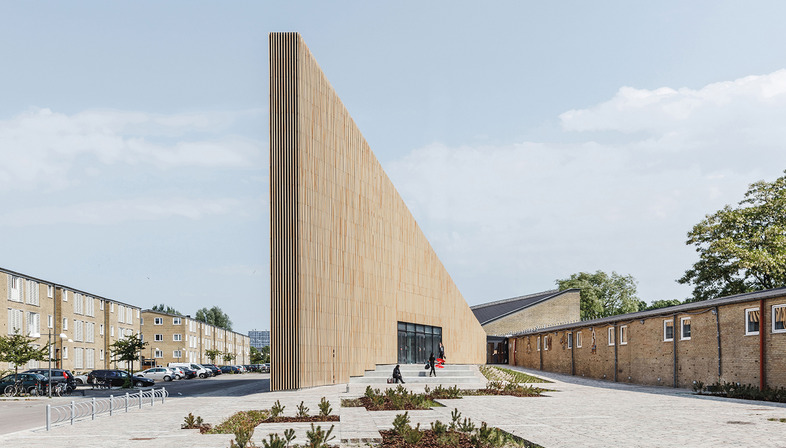 The new library in Copenhagen’s Tingbjerg district looks like a prism covered with yellow brick baguettes.
In the neighbourhood constructed in the mid-twentieth century by architects Steen Eiler Rasmussen and Carl Theodor Sørensen, now viewed as a milestone of Danish Modernism and therefore subject to all the restrictions of a heritage district, a project was required to offer the inhabitants more opportunities to participate in social activities. The city government and neighbourhood associations decided that a library with an annexed civic centre for holding exhibitions and concerts would offer an opportunity to renew the neighbourhood and add new a new element of interest.
The volume was designed as an addition with a minimal connection with the school, above which it towers like a rock wall of a little mountain. The floors inside the building appear to cling to the dizzying glass wall that concludes the prism, the way the houses in the nearby mountain villages cling to the hillside.
The invisible concrete structure inside the building opens up here and there to form floors and volumes, concealed with understandably widespread use of wood, adding character to the interior in the form of both large plywood boards and long strips of larch. These forms and materials reappear in the ceiling and on the outside walls, dialoguing with the library’s façade of brick baguettes joined together so that they look as if they had just come out of a sawmill. And while the neighbourhood is built primarily out of the same yellow brick as the library, the result is both provocative and seductive. The bricks are bolted to the façade with invisible joints, a construction method that makes them look like long wooden rods just like those used inside the building. 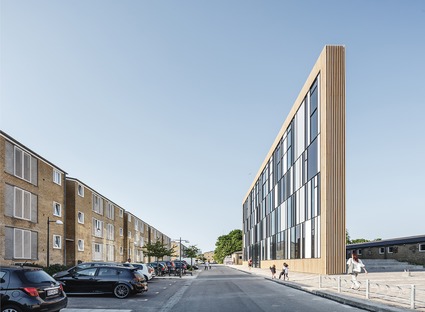 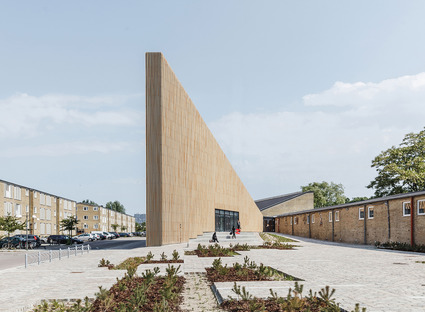 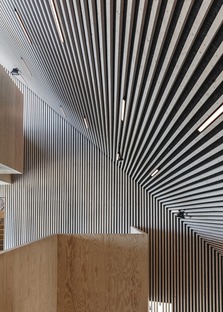 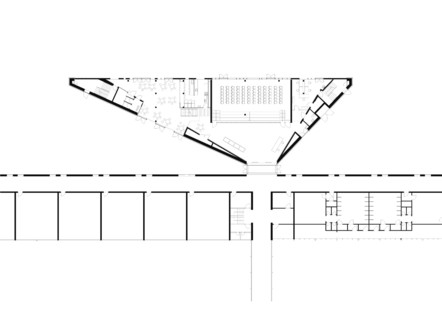 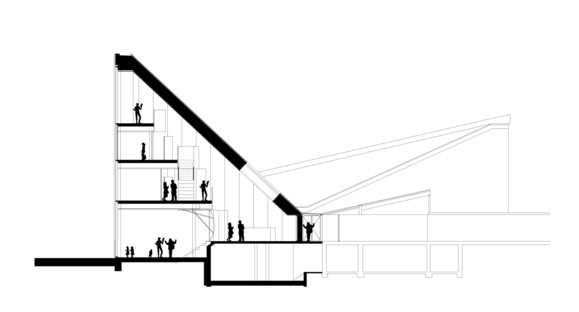 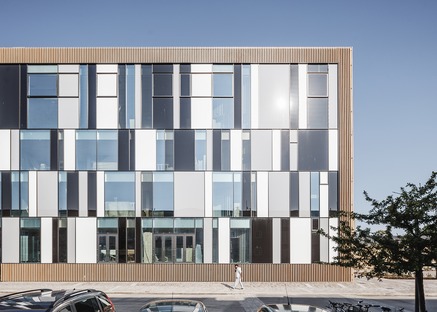 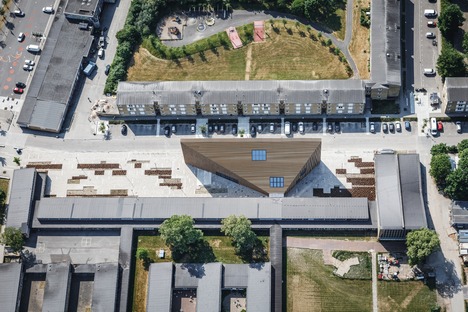 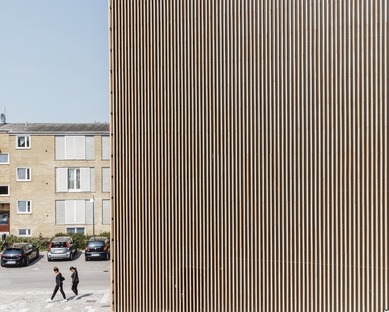 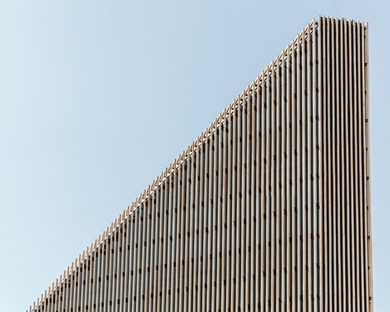 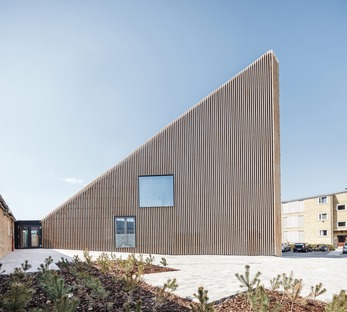 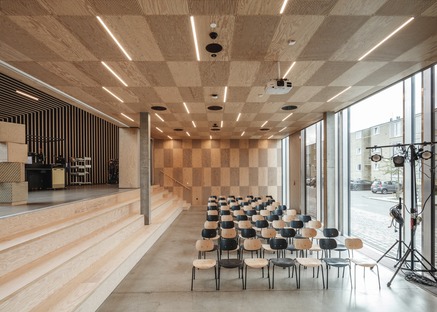 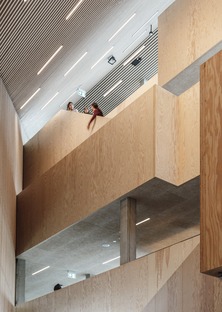 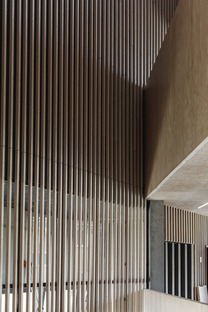