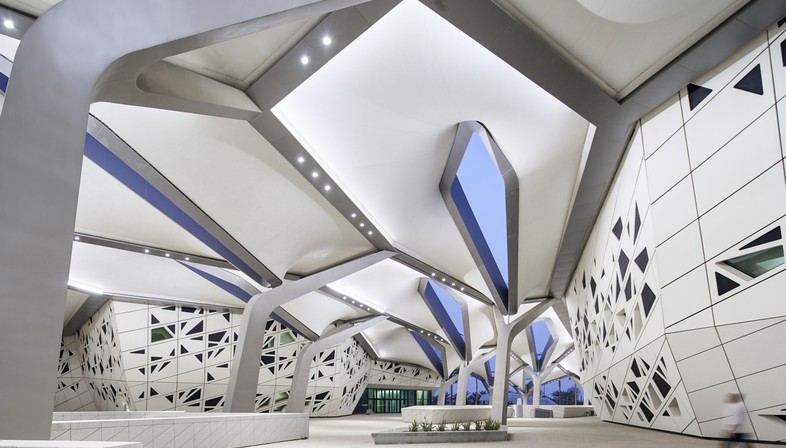 Designed by architect Zaha Hadid and her studio, and recently completed, the KAPSARC Research and Study Centre in Riyadh, Saudi Arabia, hosted the 4th edition of Saudi Design Week 2017 from 4th – 8th October. The event, which imitates other Design Weeks held in leading cities like Milan and London, was created by two entrepreneurs,Noura and Basma Bouzo of Oasis Magazine, representatives of Saudi Arabia at other prestigious Design Weeks, like those of London and Dubai. 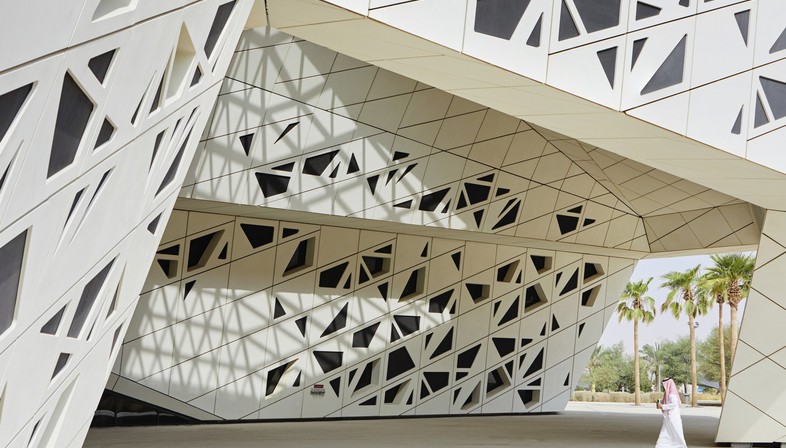 KAPSARC, an acronym of King Abdullah Petroleum Studies and Research Centre, was designed taking into account the difficulties of the climate in the Riyadh uplands, in order to reduce consumption of resources and energy, achieving LEED Platinum certification from the US Green Building Council. The research centre is made up of five buildings, built and organised in the manner of cellular systems with elements that are partially modular. The separate buildings are organised into a whole and linked by public spaces. KAPSARC looks like a fusion of crystalline shapes emerging from the desert landscape. The composition will allow the building to be extended in the future, without altering or visually compromising the whole. The modular nature of the elements has allowed each building to be adapted to its use and, at the same time, to preserve a coherent organisational and distribution strategy for all the elements, using the special features of the site to the full. For example, natural ventilation from the North and West has been exploited by orienting the inner courtyards in that direction, to take advantage of the winds that blow mainly from the North to cool them, while the broad roof and the increased height of the buildings towards the South, East and West, protect from the strong rays of the sun. 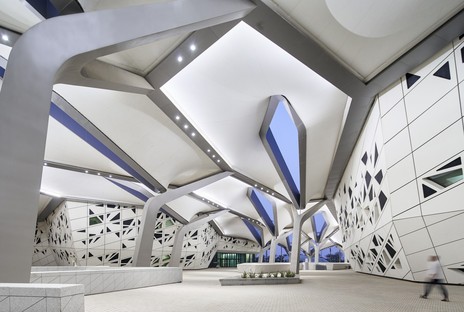 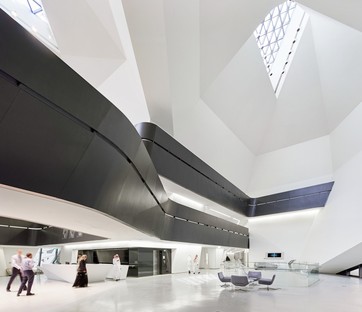 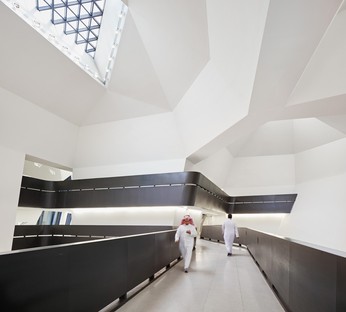 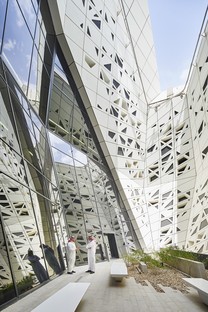 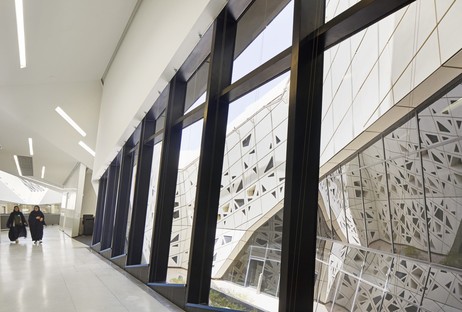 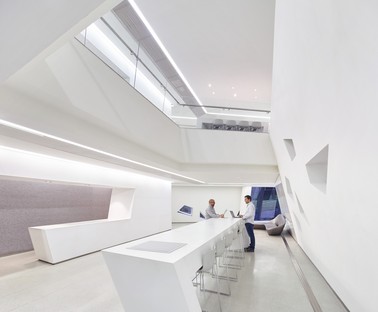 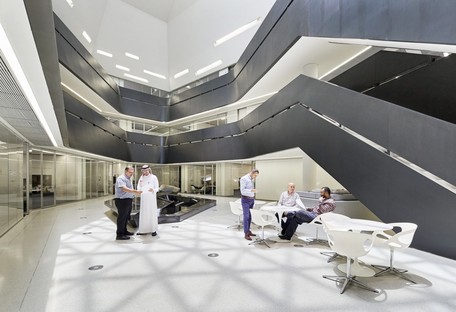 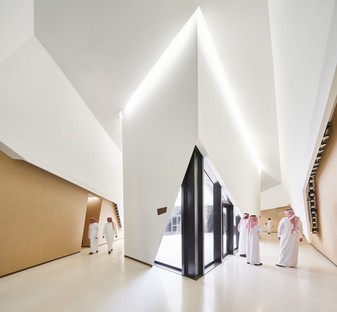 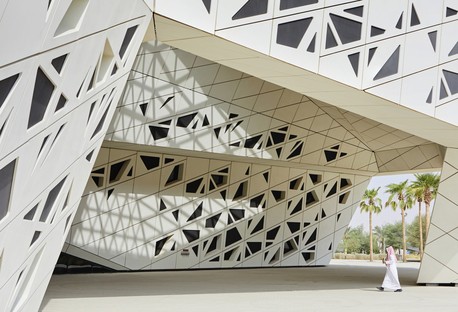 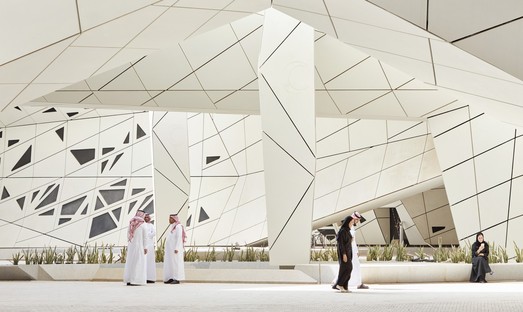 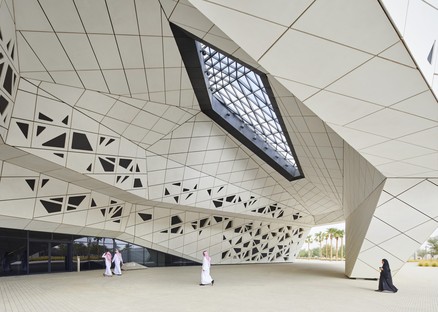 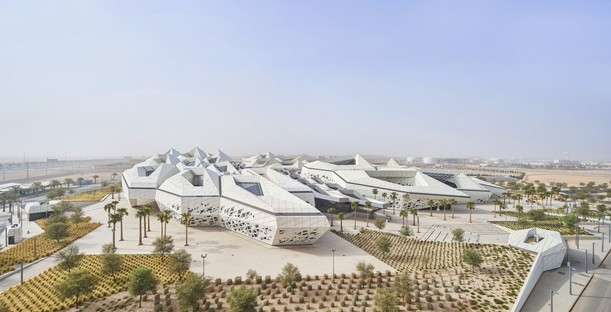 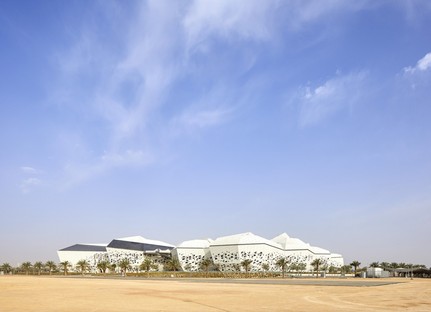