The Czech architecture studio Atelier 6 has finished building Villa H, an elegant, discrete villa of around 750 m2 in South Prague, with a simple exterior and a well-balanced use of materials. 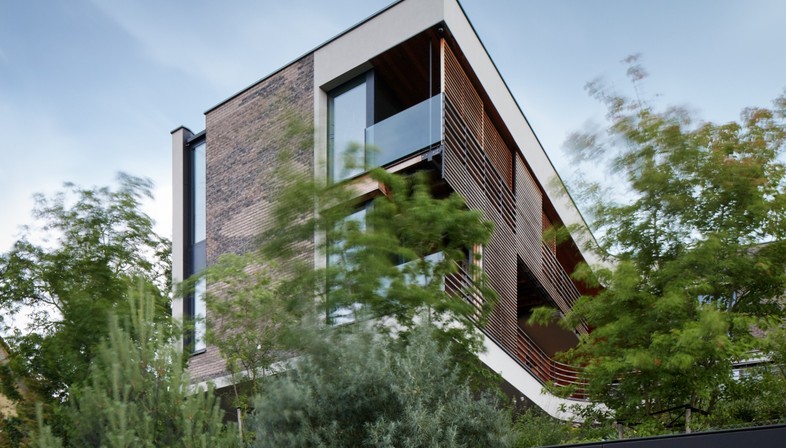 Villa H is located in South Prague along the Vltava, in an unassuming villa with an austere, yet welcoming appearance. The design is by Atelier 6 , which completed it in 2016 after five years of work, a time frame justified by its size: it is an almost 750 m2 home over three floors, one of which is underground. 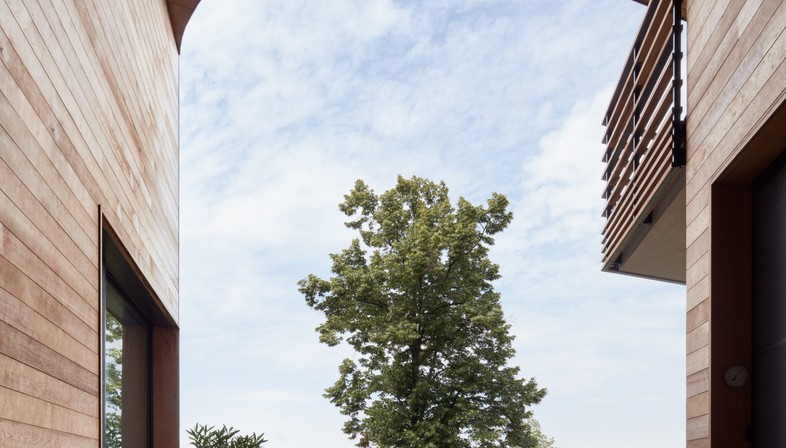 Its outside appearance is a mixture of elements: it has exposed brick perimeter walls in three different colours, but some parts, like the loft and the frames are plastered white. However, the whole portico area is covered in wood, creating a warm, welcoming atmosphere right where you enter the house. There are large, regularly-spaced windows on the facades overlooking the garden, but they are closed on the sides facing the street.
The final touch is the garden itself: a gentle slope dotted with shrubs and small plants, covered by a light layer of gravel or paved at intervals to create walkways. 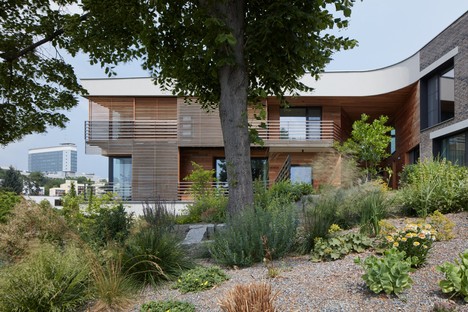 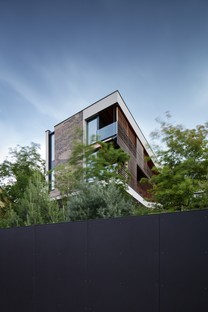 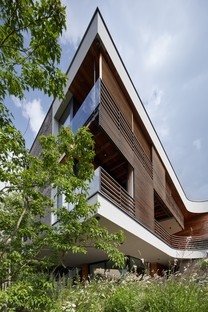 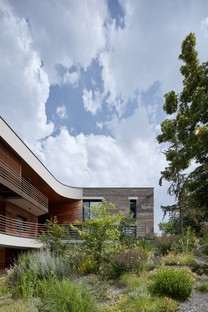 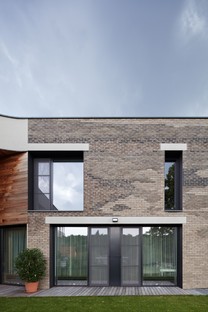 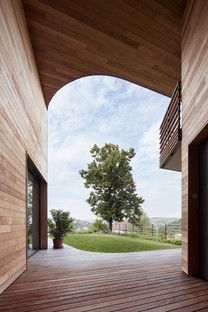 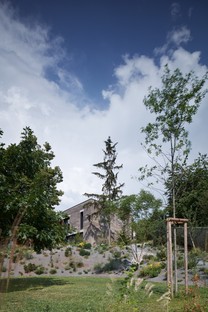 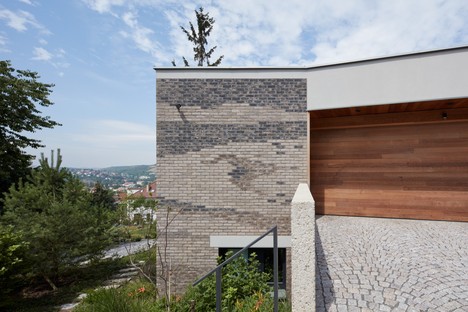 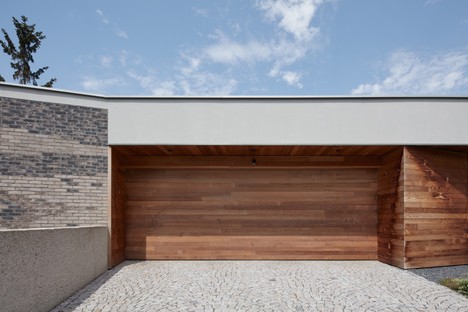 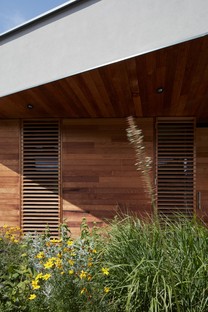