Architecture firm BIG has won the international design competition for the Vltava Philharmonic Hall in Prague. The new philharmonic will be built along the Vltava and will accommodate more than 1,800 spectators, thus becoming an important link between the cultural scene of the old city and the contemporary city. 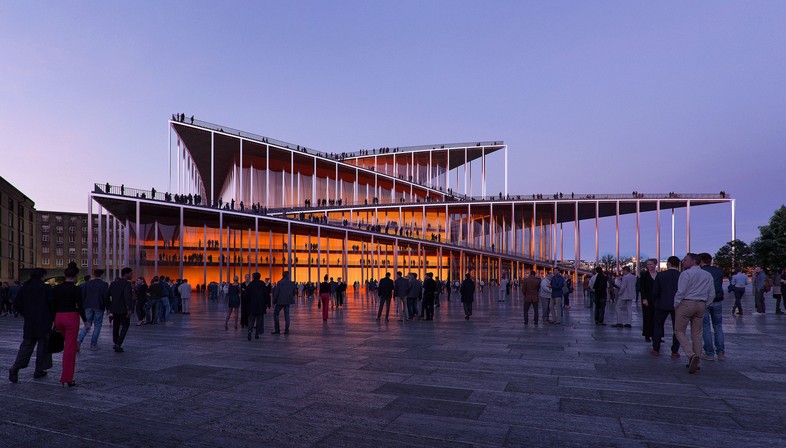 On 18 May 2022, the results of the international design competition launched by the city administration and the Prague Institute of Planning and Development (IPR Prague) for the construction of the new Vltava Philharmonic Hall were presented live via streaming from the city of Prague. The winning project selected from the 19 finalist architecture firms was created by architecture firm BIG. Also on the shortlist of the top five are projects by Barozzi Veiga + Atelier M1, Bevk Perović Arhitekti, Petr Hájek Architekti, and Snøhetta.
.
The new philharmonic will seat more than 1,800 spectators and will be built on the Vltava waterfront, in an area that is set to become an important bridge between the cultural scene of the old city and the contemporary one. Indeed, the philharmonic project will help to kick-start the transformation of one of the most important disused areas in the city, where the new neighbourhood Bubny-Zátory will be built. Responding to all the demands coming from the context and the client’s specifications, the project created by BIG has a strong urban flavour.
The architects did not restrict themselves to the Vltava Philharmonic Hall building alone, but also proposed new solutions for the surrounding public space. In addition to the new neighbourhood to the north and the river access on the south side, a new civic park will be developed on the east side of the philharmonic, and a new square to the west. The building designed by BIG will make the waterfront easily accessible and appealing to the public. In addition, and this is its main characteristic, it will create connections with the urban context at different levels through a system of external terraces extending up to the roof. The roof of the building will become a continuation of the public square at ground level. Without entering the building, through the system of terraces, the public will be able to access the roof and enjoy panoramic views of the city and the river.
The choice of the main materials, wood and glass, once again emphasises the urban feel of the project, its openness to the city, as well as its bond with the local area. The glass of the façade, in fact, echoes the long manufacturing tradition of the Czech Republic, and with its transparency will transform the Philharmonic into a part of the urban context. Wood from the source of the Vltava River will be used for the ceilings, which will flow from the exterior to the interior in a symbolic opening of the building to its surroundings.
The new Vltava Philharmonic Hall will become an important modern landmark in Prague, a building that the public will be able to walk through and cross in different directions, just as the river flows through the city, or sound flows into the listeners. 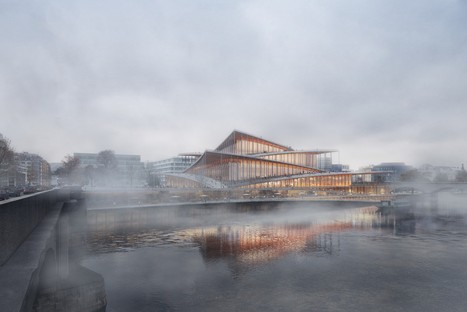 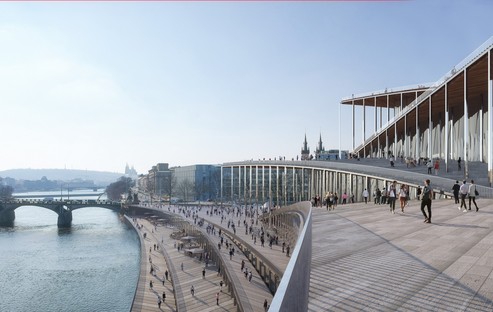 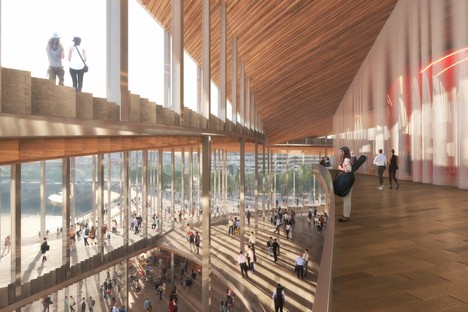 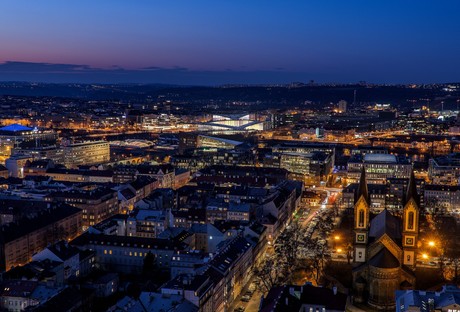 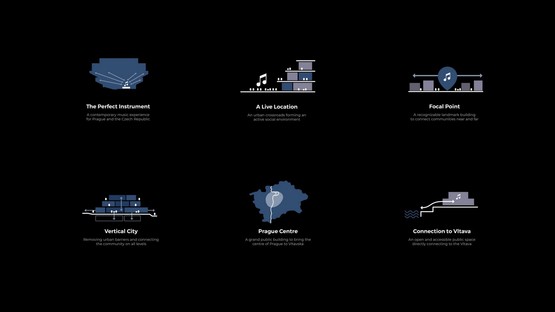 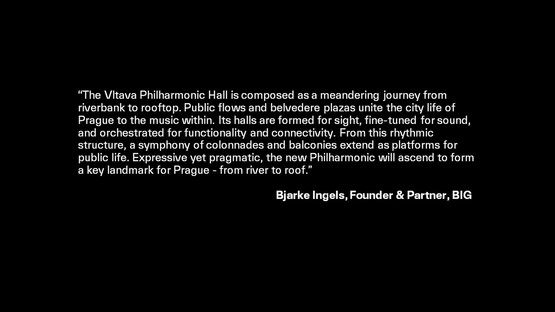 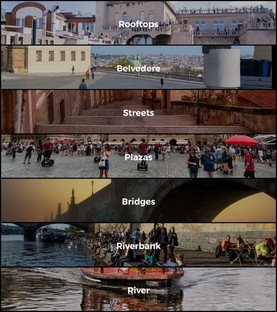 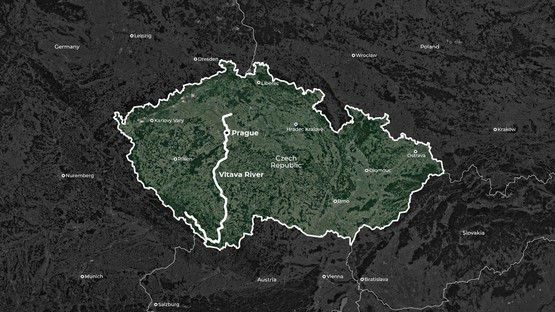 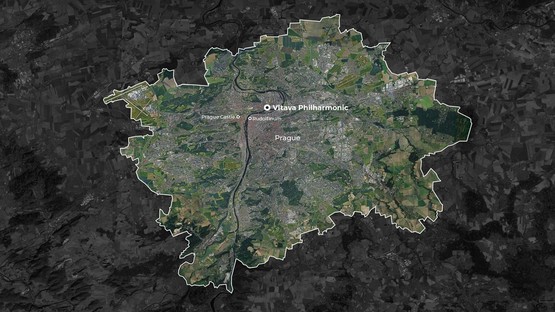 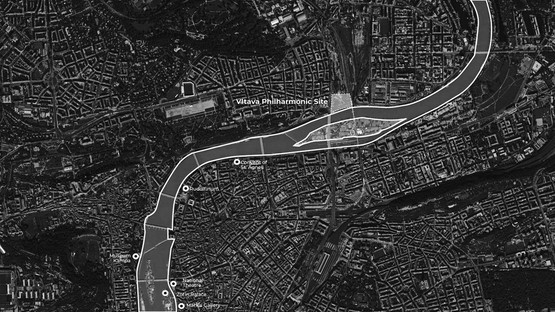 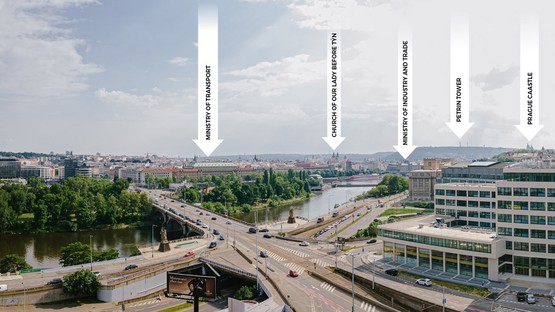 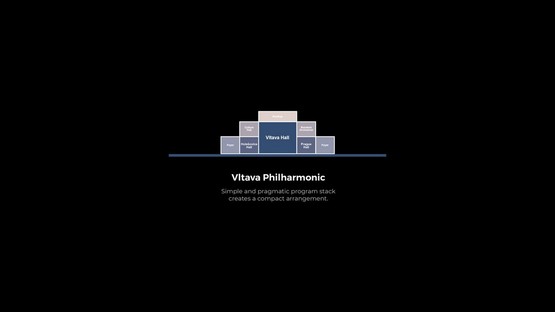 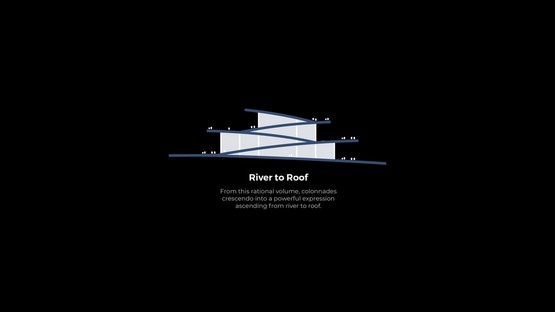 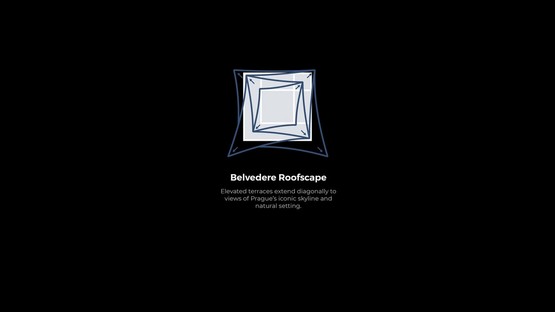 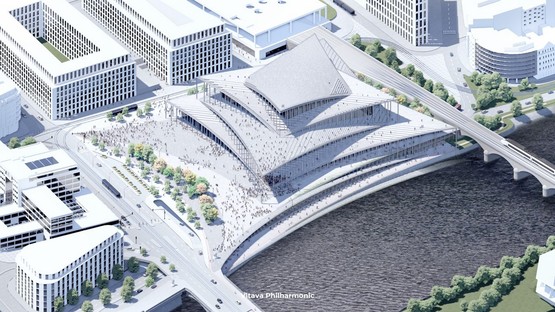 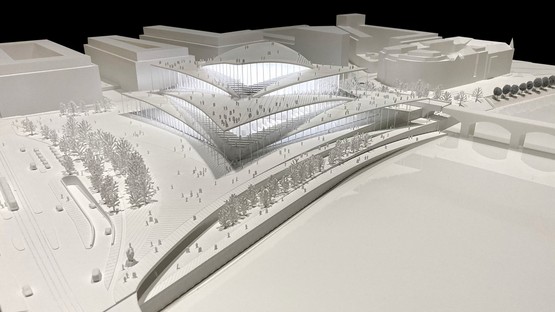 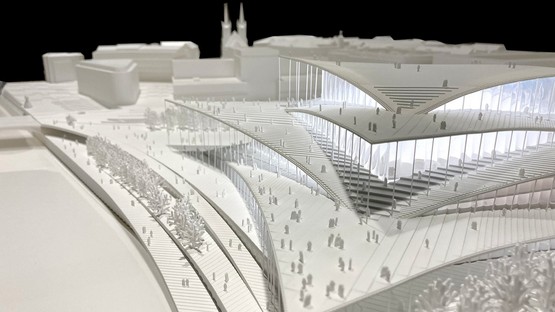 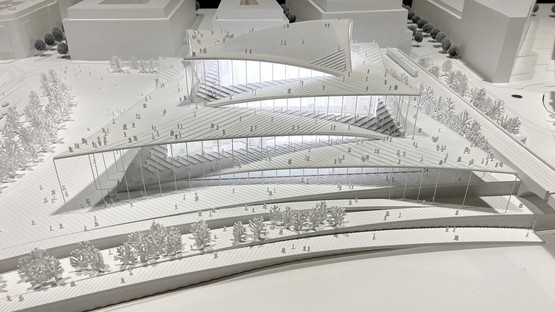 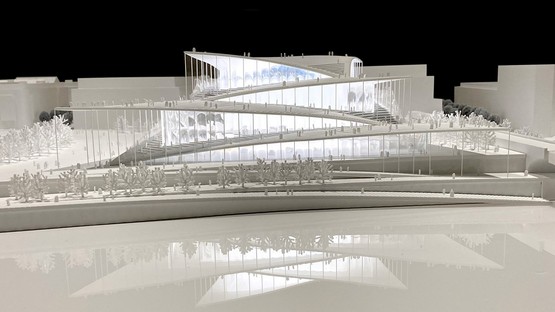