Three hotels in China: unique experiences reclaiming the past

There is a trend in China toward reclaiming traditional forms of urban and rural architecture for conversion into hospitality facilities such as hotels, resorts and temporary residences. Thus local architectural history becomes the focus of attention for tourists. 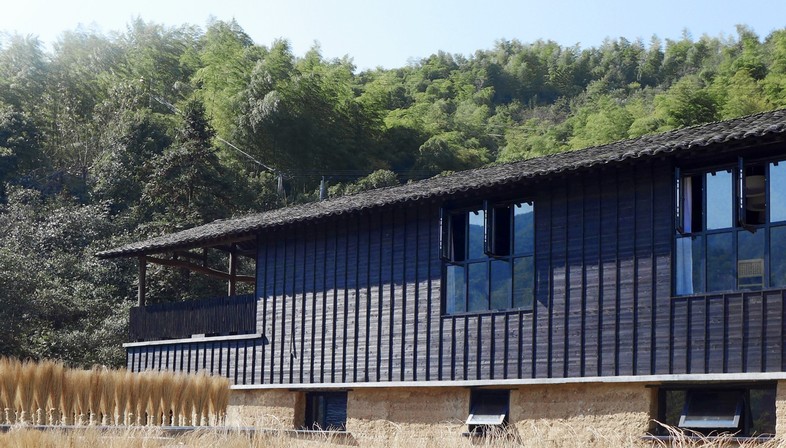 The Chinese architectural scene is shifting its attention towards reclaiming local traditions which had been ignored for many years in the rush for everything new, glossy and modern, denying the humility and poverty of the past. The new trend is beginning in the tourism sector, where there is a desire to reappropriate historic landscapes in which the land and tradition are the keys to the experience.
The Chinese tourism industry has begun to organise travel to less central niche destinations such as rural villages and the older parts of the country’s big cities. Reclamation of abandoned buildings that had been on the verge of collapse is the common trait shared by three recent hotel and hospitality projects in China featured on our portal. 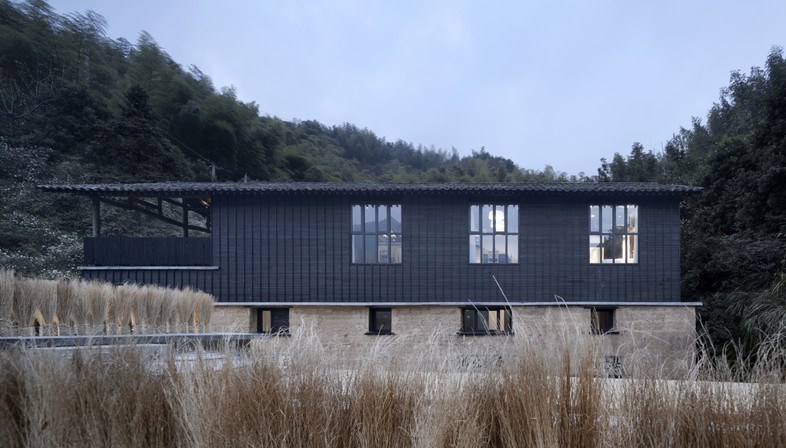 Reclamation of a traditional rammed earth home inspires theDaijiashan art hotel, designed by Zhang Lei di AZL Architects on the basis of a philosophy he calls Ruralation. In an old Shes Tsuchiya, a traditional rural home in Zhejiang province, the rammed-earth walls have been stripped of paint and restored to view. While the layout of the main building has not been changed, a second building to the south, probably a storage building, has been incorporated into a structure made partly of brick and partly of glass with wooden frames. The original masonry can still be seen behind the glass, while the bricks in the new construction have been painted white, and AZL Architects have also painted the new walls added to the historic building white. A special kind of straw that grows in the area and was traditionally used to make brooms, a symbol of the area, has been collected in bunches to form the railings on the bar above the restaurant. 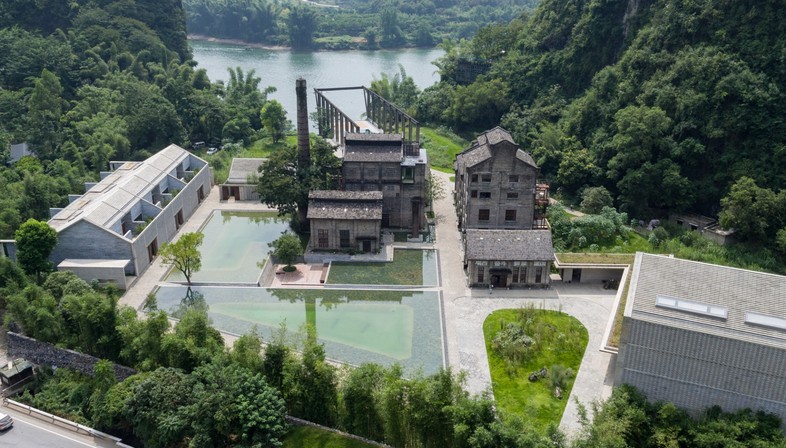 In an old sugar mill from the 60s over the River Li, in Guangxi region, Alila Yangshuo is a hotel complex that looks like a little village. In the middle of Vector Architects’ layout is the original complex of taller buildings with annexed pavilions, while new apartments and suites have been built around this visual and conceptual core. The design approach is based on continuity, with no emulation of the old in the new. The old industrial structure with its beams, where sugar cane loads came in after being floated along the river from the plantations, becomes a grid containing an outdoor pool, an ideal continuation of the river. The red of the bricks on the historic walls, which have with time become brown and grey, ties the industrial buildings of the sugar mill with the new resort buildings made of structural concrete and decorative marble. 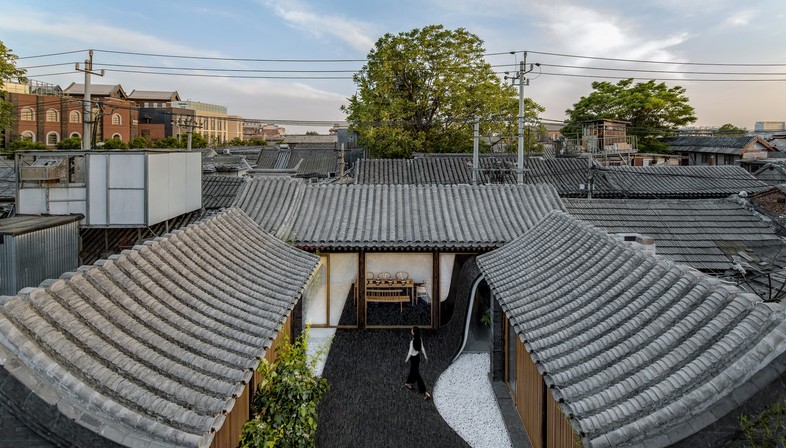 Lastly, one example of an urban regeneration project is the plan by Han Wen-Qiang of Archstudio for reclamation of a Dashilar siheyuan, a traditional courtyard house in Beijing. After restoring the masonry structures surrounding the courtyard and the four buildings with pagoda roofs that face onto it, Archstudio designed a new stone mosaic floor joining the entrance to the central courtyard and to each of the four rooms. But that is not enough: this “noble” route becomes three-dimensional and rises above the earth with the addition of two spaces at opposite corners of the courtyard. As the siheyuan’s new use is mixed – it contains bedrooms but can also be rented for public events - Archstudio wanted to present a construction made up of separate parts which are, however, connected. What makes this place special is its ability to take tourists into a dimension suspended between what a Beijing siheyuan once was and what it is now. 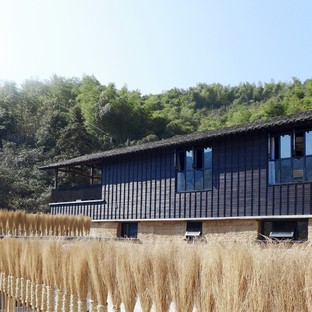 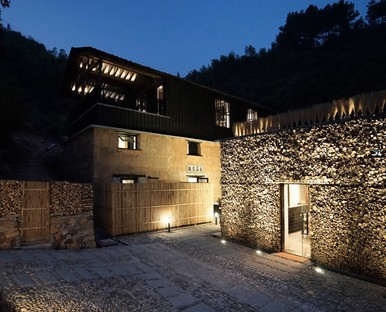 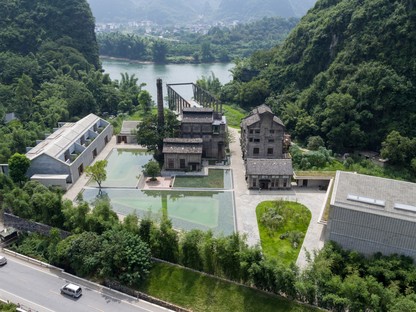 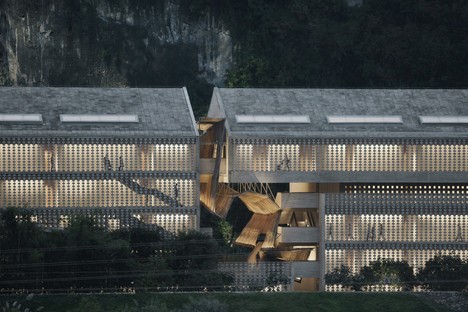 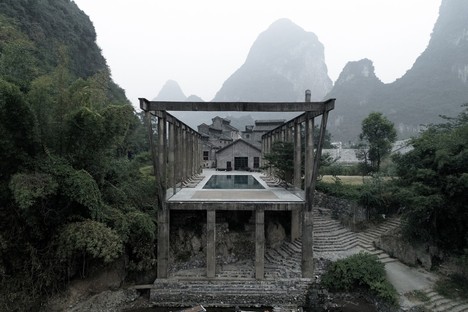 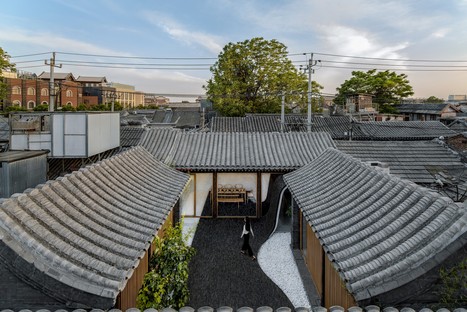 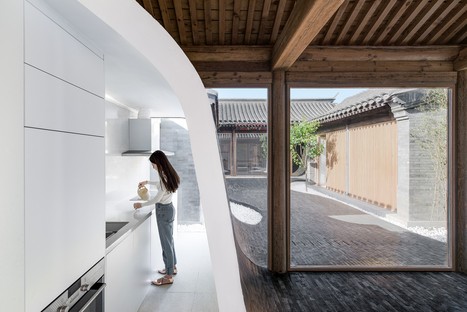 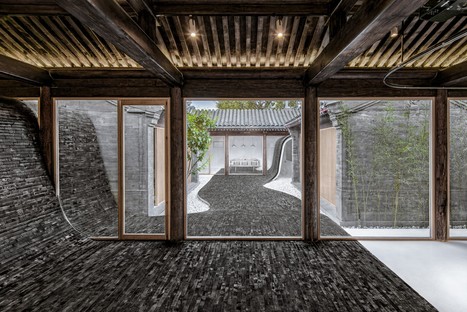 Lily Nails: lace in the interior design by Archstudio

Poly WeDo: music and education according to Archstudio