Amir Villa, in Karaj, near Teheran, is a recent project by Iranian architectural practice Nextoffice. Surrounded by the greenery of Mohammad Shahr Gardens, Nextoffice’s Amir Villa is a clay and straw structure that pays homage to tradition, contrasting with a white and glass volume that winks at modernity. 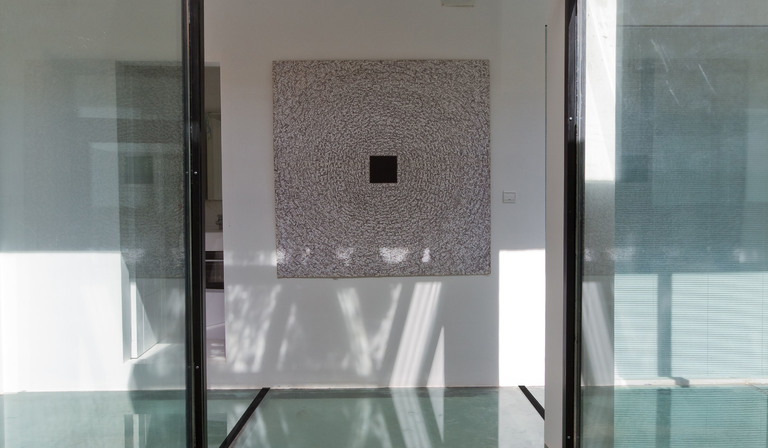 Amir Villa, designed by Iranian architectural practice Nextoffice, is located on the outskirts of Karaj, about sixty kilometres from the capital city, Teheran, in Mohammad Shahr Gardens. Amir Villa is a new building designed in response to the clients’ requests, study of the building’s functions and dialogue with the landscape.
In this location, which is not overly built-up and has plenty of vegetation, where people can grow fruit trees, vegetable gardens and flowers of all kinds, a number of small homes have been built over the years which have a close relationship with the greenery around them. The area still has strong ties with its history, which has always been close to nature, its values and its rhythms.
These are the foundations of Nextoffice's plans for Amir Villa, a building on a single level located on the corner of a lot completely covered with gardens, the main façade of which welcomes visitors with floor to ceiling windows sheltered by straw sunbreaks. Glass and straw, the image of the contemporary and the image of tradition, announce a design full of dialoguing contrasts, apparent in both the structural system and the imagery.

Straw is a fibrous structural element, mixed with clay as a binder, marking a return to a traditional technique very common in the Middle East which allows buildings to be constructed with broad curves and connection of walls to create plastic forms which are both decorative and functional. This technique is used to build the home’s main façade, on the semi-public side of the home, connected, with a clean break corresponding to a change in the indoor surfaces, with a second wing. While the first wing of the building is characterised by the colours and materials of the earth, the second is neutral and transformable. It is the prelude to a completely detached block built using the same vocabulary, a glass volume with a regular shape and floor plan, white walls and a clear raised floor, containing the bedrooms.

The side view of the building from the outside clarifies the theme of contrasts. The soft curves of the living area join onto the severity of the white block of the bedrooms via a glass bridge that spans the difference in level created between the first wing, which rests on the ground, and the second wing, which is raised slightly. The empty spaces created between the two blocks permit their physical and perceptive detachment: two tree trunks are hung here, taken from the garden and visible from every part of the home, a sign of spirituality. A series of floor-to-ceiling glass walls across the width of the home prolongs the perspective along the building’s entire length and out as far as the end of the garden, making all boundaries permeable. Water flows through a bed painted blue running around the entire house, spiritually raising the home above the ground. 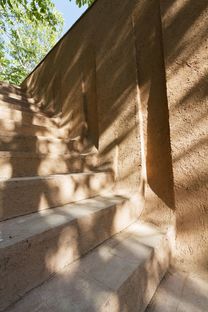 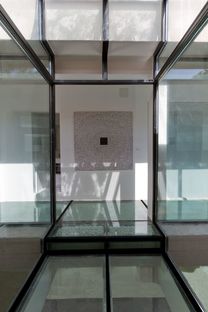 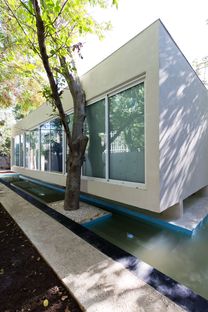 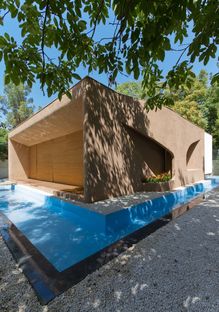 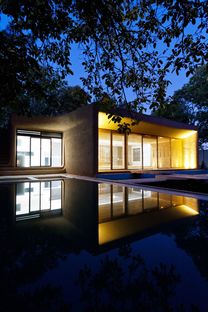 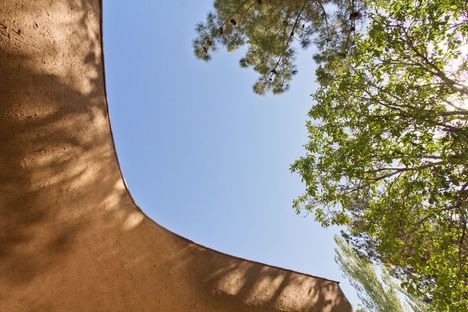 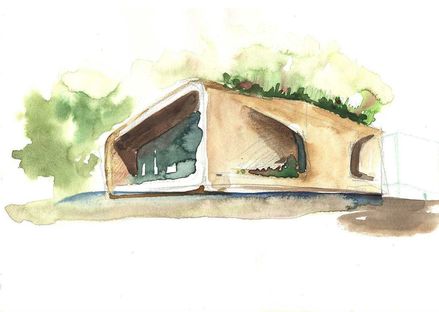 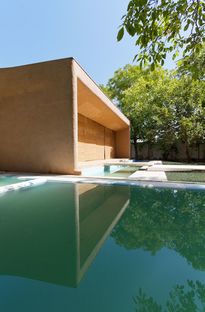 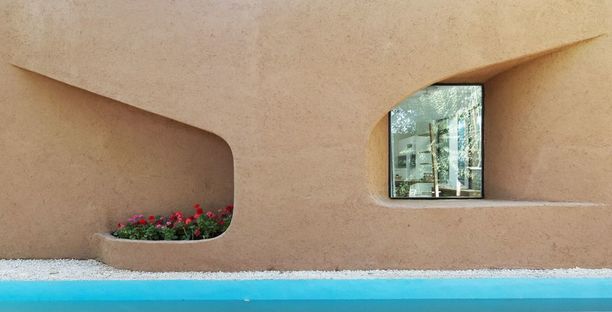 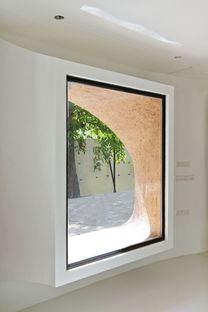 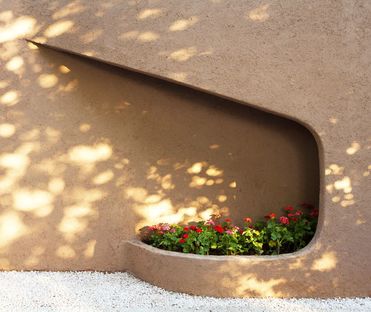 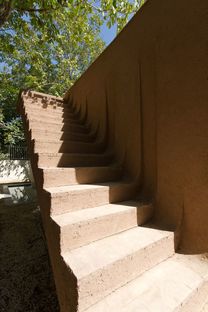 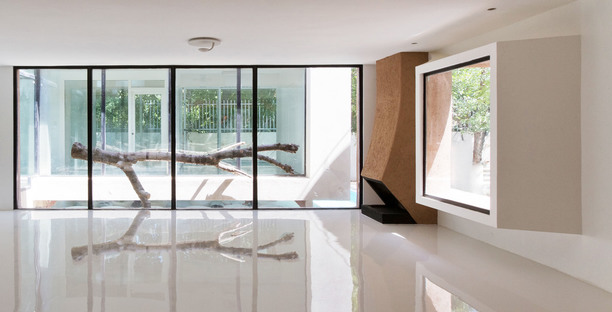 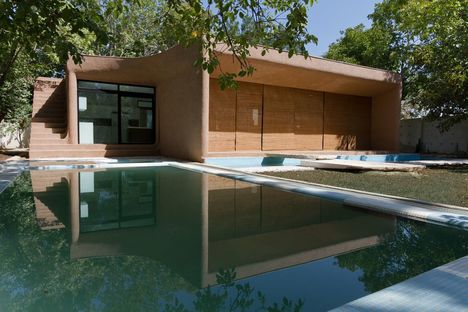 Kouhsar Villa by Nextoffice: redevelopment of a house in Kordan, Iran