Work has started for building the first project implemented in Tirana by the firm Stefano Boeri Architetti, the Blloku Cube, a multi-purpose building included in the master plan of the Albanian capital designed by the same firm. 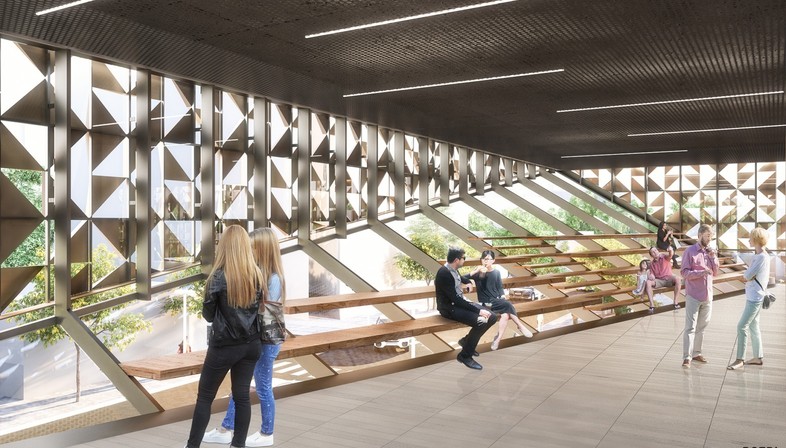 Work has started in Tirana on the Blloku< Cube multipurpose building, the first construction by the firm Stefano Boeri Architetti in the Albanian capital. The project is included in the “Tirana 2030” town plans, also drafted by Stefano Boeri Architetti, together with UNLAB and IND. The new building is in the central part of Tirana, in one of the most important districts of the city, Blloku. Once a military area in the post-communist period with limited and controlled access, it has now become an importante area for the public life of the city, transformed by the proliferation of services, shops, bars and restaurants.
The district consists of a network of regular blocks. The plot at the crossing between the streets named after Pjeter Bogdani and Vaso Pasha is the one designated for Stefano Boeri Architetti's new project. The presence of the two roadways has enabled the architects to position the main entrances to the building on the two streets, distinguishing those of the shopping part from those leading to office spaces. 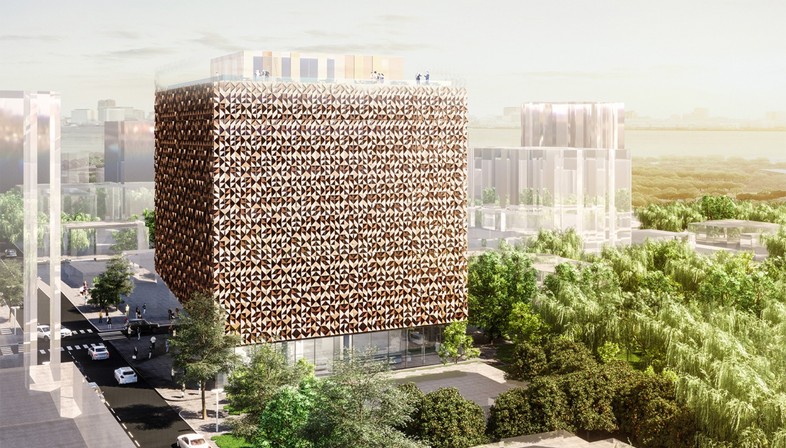 Exploiting the position of the plot on a corner, the architects designed a volume with a square base, each side of which measuring about 30 metres, with a corner cut out precisely so as to correspond to the crossing between the two streets named after Pjeter Bogdani and Vaso Pasha and the main entrance to the building. This solution creates a partly covered square

The architects designed a special façade in order to give the building a strong identity, so as to make it immediately recognisable as part of the skyline of the city, an urban landmark with high thermal performance levels. The double skin of the Cube is a technological system consisting of a first layer of skin formed by a curtain wall, a continuous glazed façade that both insulates and isolates the building. The second skin, instead, is a sophisticated system, a technological screen made of anodized aluminium that vibrates and changes its colour depending on the weather conditions thanks to the modular system of which it is composed. 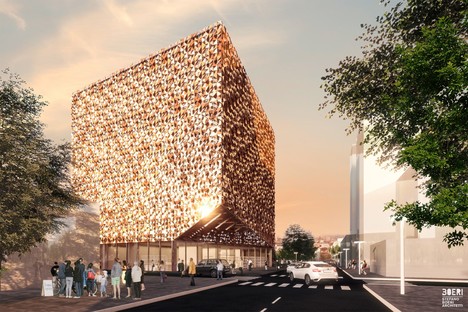 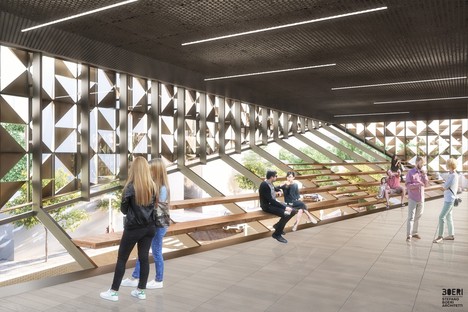 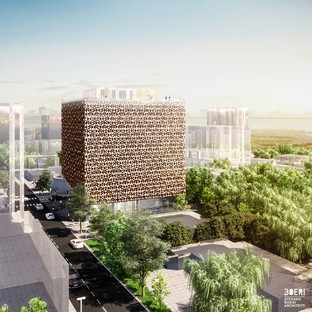 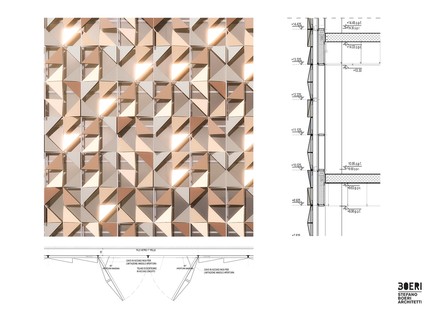 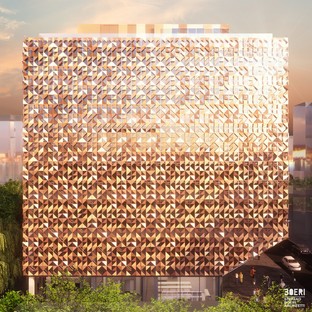 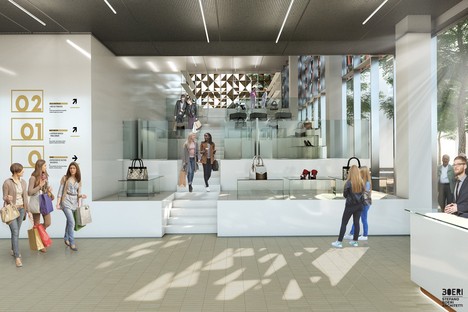 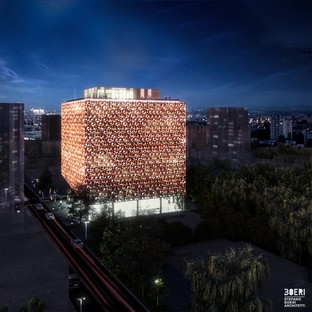 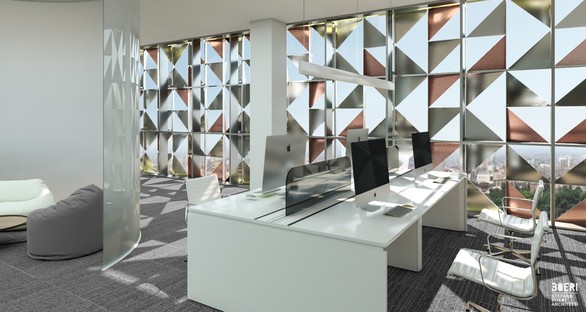