Work has begun on the Pyramid of Tirana. The brutalist building originally built as a mausoleum celebrating dictator Hoxha, abandoned for many years, begins a new life as MVRDV transforms it into a multipurpose centre for youth and cultural life in the Albanian capital. 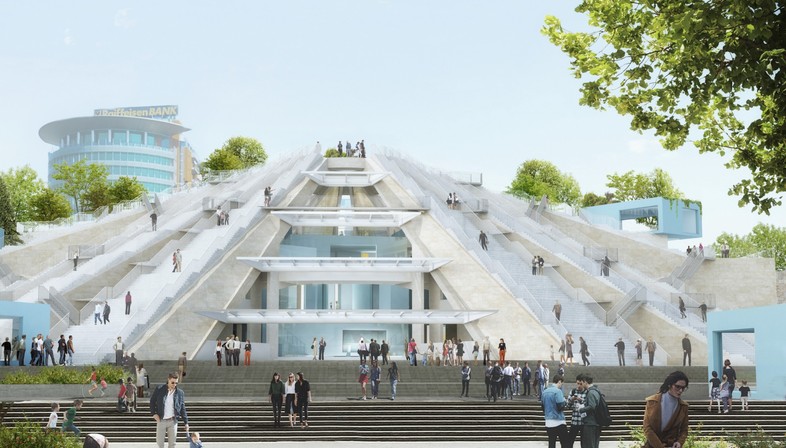 The Pyramid of Tirana, a brutalist mausoleum constructed in 1988 to celebrate communist dictator Enver Hoxha, will be given new life and new functions in a project by architectural studio MVRDV. Abandoned years ago, the structure was originally constructed as a celebratory museum, and was used as a NATO base during the war in Kosovo, and then as a nightclub and event space. There have been ups and downs in the people’s attitude toward the monument, and it has been loved and hated, but it is now viewed as a symbol of victory over the regime. Young people use the outdoor space around the Pyramid as a hangout and a canvas for graffiti, or as a building to climb and slide down, not without risk. MVRDV aims to return the building to the local population by transforming it into a new multicultural centre, particularly for youth, with classrooms, workshops and studios providing free education in technologies. The project began on February 4 with an official construction kick-off attended by Albanian prime minister Edi Rama and other dignitaries.
The architects of MVRDV plan to reuse the original concrete structure, eliminating all the subsequent additions and transformations to restore the big open space inside the Pyramid, opening up the structure and its big atrium to the city and renewing the outdoor area around it. MVRDV’s project radically opens up the abandoned construction, which has always been hermetically sealed and inaccessible to the population, making it transparent, protected from the rain by huge glass flaps, with a voluminous interior atrium, an open space planted with trees and other greenery.

"Working on a brutalist monument like the Pyramid is a dream," reports architect Winy Maas, founding partner of MVRDV, emphasising that he immediately saw the building’s potential and the way the people of Tirana had appropriated it. This important factor inspired the idea of returning the Pyramid to the people, transforming it into a “monument of the people”, instead of demolishing it.
si Inside, above and around the existing structure, the architects arrange “boxes” containing rooms with new functions, creating a little village of classrooms and studios, coffee shops and restaurants.
The classrooms inside the Pyramid will be used for after-school educational programmes teaching new technologies such as software, robotics, animation, music and film to kids aged 12 to 18. The architects also worked on the outside of the building to make it safer to walk on, transforming the existing structure into steps so that people can climb easily to the top of the Pyramid. Thus the project does not conflict with the people’s spontaneous appropriation of the structure, but makes it easier and safer for citizens to use; the boldest will still be able to slide down the Pyramid, as one of its original surfaces will be maintained as a smooth surface without steps. 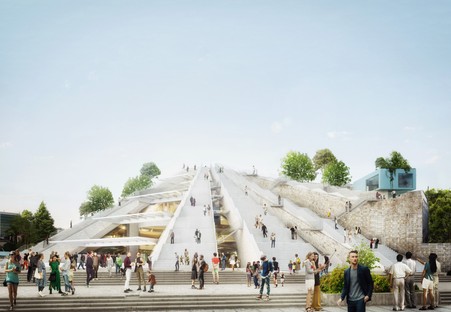 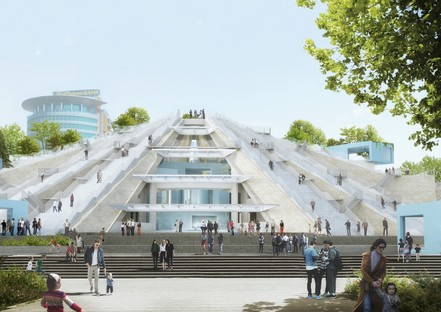 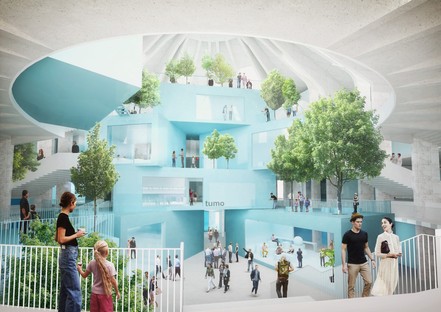 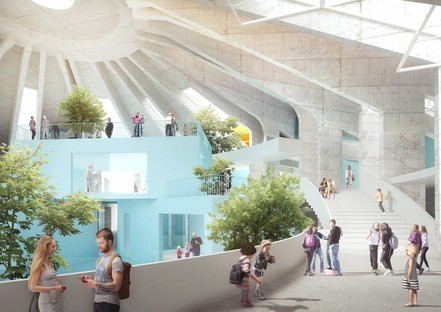 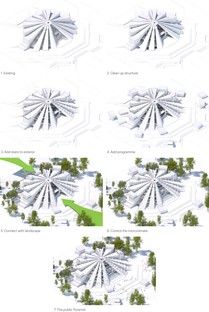 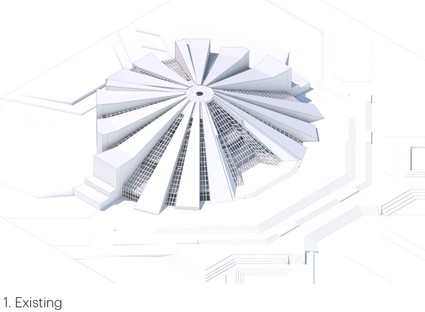 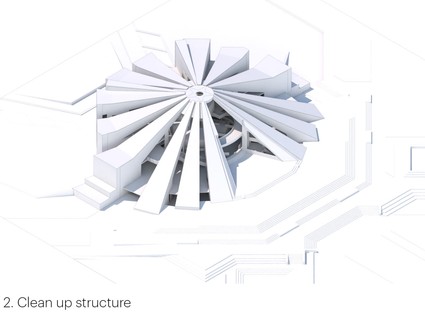 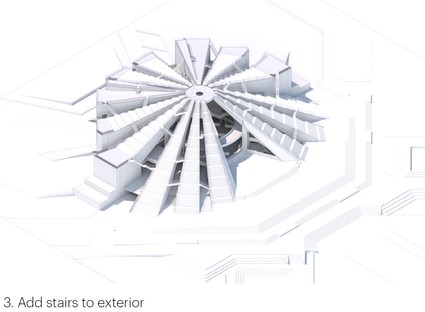 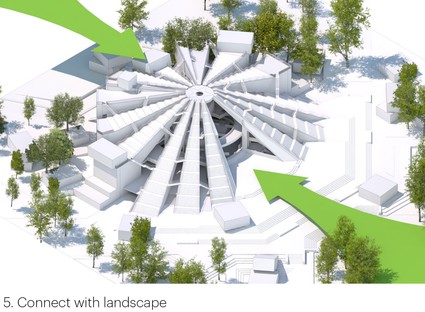 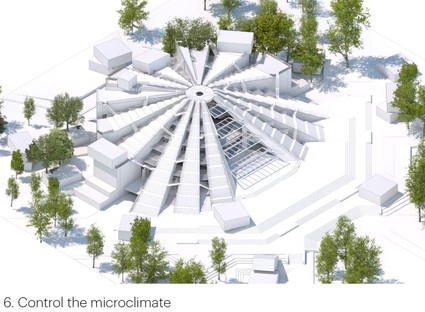 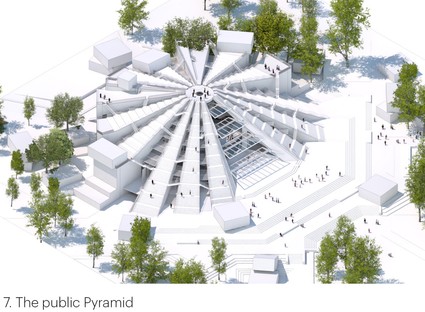 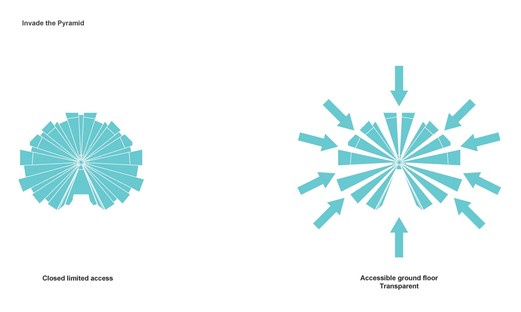 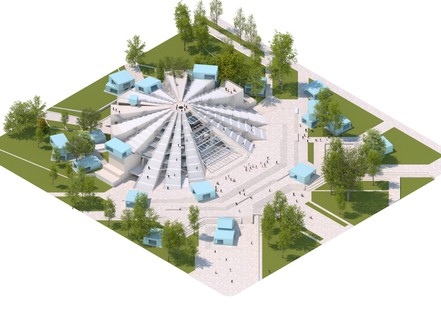 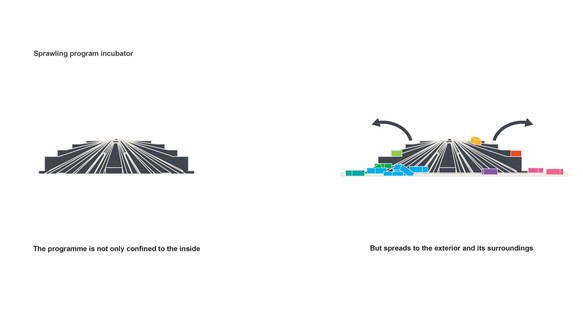 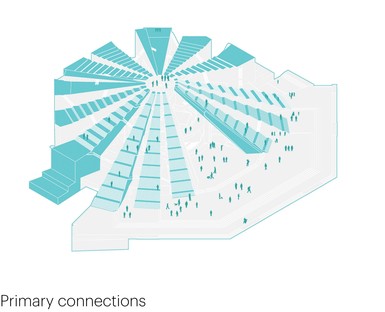 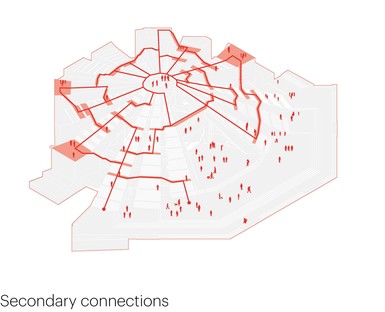 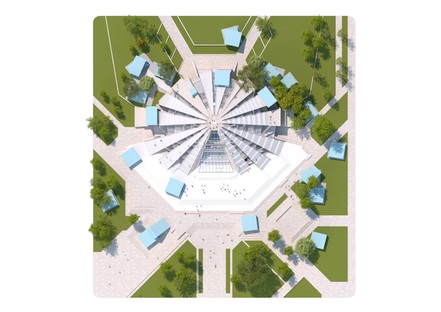 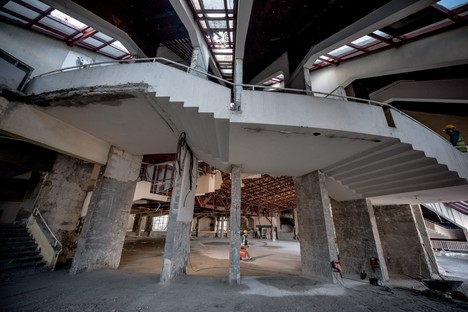 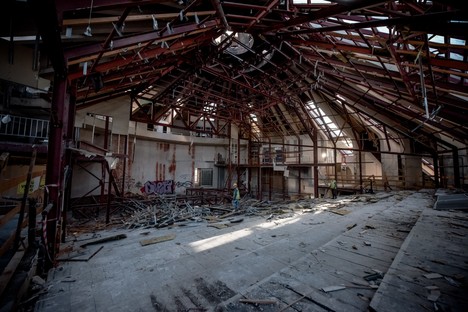 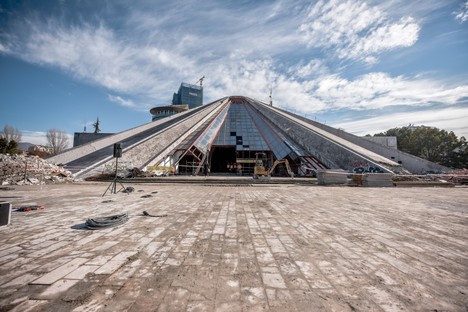