The new Smithsonian National Museum of African American History & Culture designed by the Freelon Adjaye Bond/SmithGroup association of studios is built on the spot where Martin Luther King made his famous “I have a dream” speech on August 28, 1963. The building plays an important role in recalling a part of American history at a time when racial issues are back in the news once again. 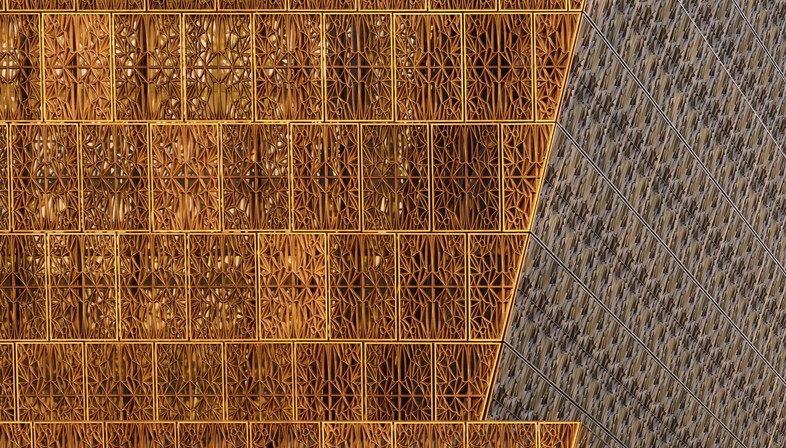 Located on Washington’s National Mall, with a view of the White House and close to other buildings of great importance in American history, the new Smithsonian National Museum of African American History & Culture designed by Freelon Adjaye Bond/SmithGroup, an association of studios set up by Davis Brody Bond, Adjaye Associates and The Freelon Group, opened in the autumn of 2016. 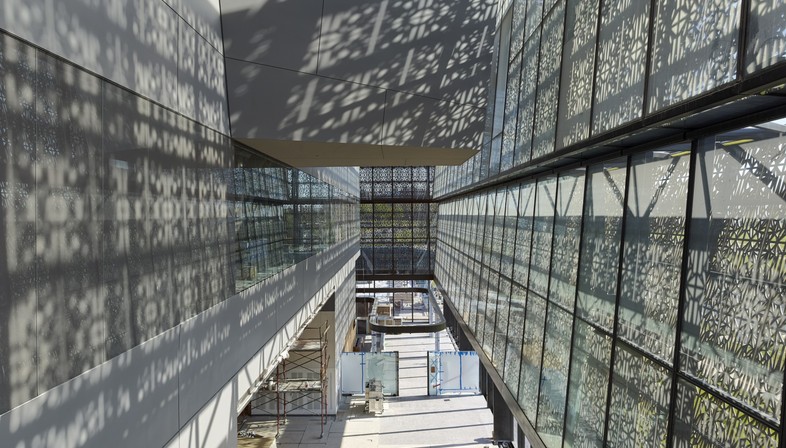 In a location of great symbolic significance, where Martin Luther King gave his famous “I have a dream” speech on August 28, 1963, an iconic building now recalls a part of American history at a time when racial issues are in the news once again. Opened on September 24 2016, 13 years after obtaining authorisation to build, the museum’s shape and the design of the metal panels covering its walls recall formal elements of the art of the Yoruba, an ethnic and linguistic group from western Africa to which many of the people brought to America as slaves belonged.
Slavery is the starting point for a history of African American history and culture told on the museum’s five floors, three of which are underground. On the two top levels, flooded with daylight filtered through the panels on the walls, the story is also made “lighter”, continuing with the lives of prominent African Americans in the worlds of culture and sports and objects that belonged to them. Here, architectural studio Davis Brody Bond, responsible for the design of more than 60% of the museum, also designed the Oprah Winfrey Theater: a 350 seat theatre named after the famous American anchorwoman, who helped fund the construction of the museum. 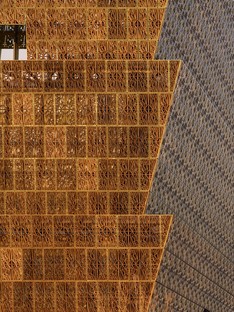 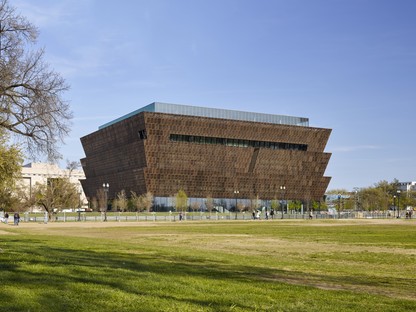 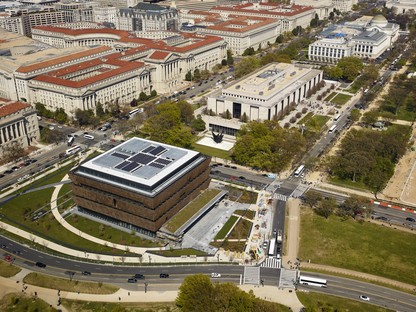 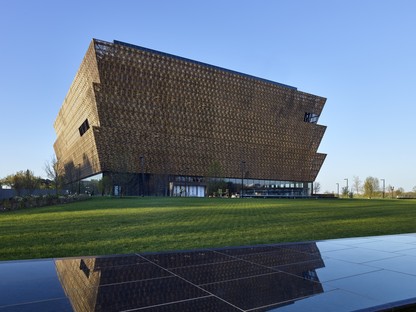 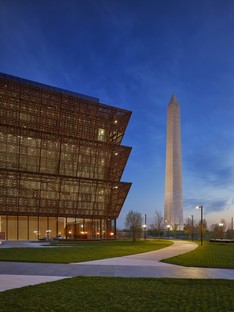 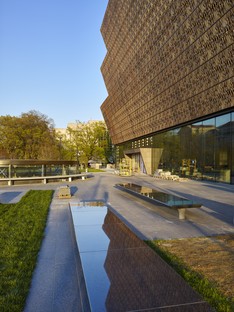 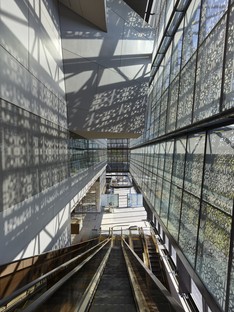 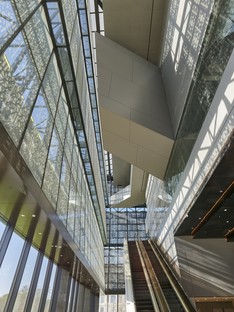 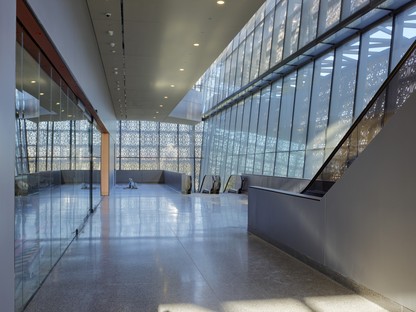 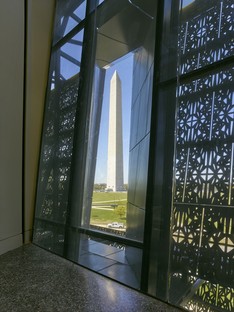