The Floating Office Rotterdam (FOR) designed by Powerhouse Company and developed by RED Company was recently inaugurated. The event was attended by the King of the Netherlands and by important international guests. The FOR is the largest floating office building and, made entirely of wood, it is also one of the most sustainable offices in the world. The project opens up an interesting line of research both for wooden buildings of this scale, as well as for architectures capable of adapting to climate change. 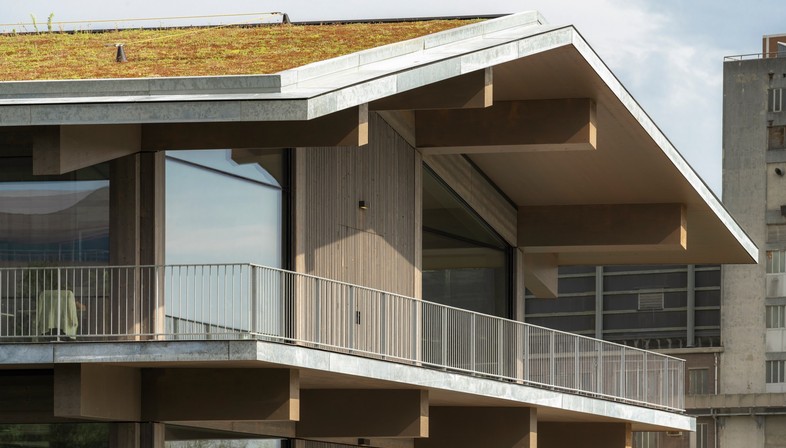 The FOR – acronym for Floating Office Rotterdam – is an office building made entirely of wood located in the heart of the city, in the former industrial port of Rijnhaven. The building was designed by Powerhouse Company and developed by RED Company and it houses the Global Centre on Adaptation (GCA), the ABN AMRO bank, the RED Company and the Powerhouse Company involved in the project, as well as the Putaine restaurant. The inauguration of the building fittingly took place alongside the ’High Level Dialogue: “An Adaptation Acceleration Imperative for COP26” convened by the Global Centre on Adaptation;, an event which involved more than 50 global leaders who met in Rotterdam to ask for the acceleration of global climate change initiatives in view of the 2021 United Nations Climate Change Conference, also known as the COP26, set to be held in Glasgow in November.

The inauguration of the building was attended by His Majesty King Willem-Alexander of the Netherlands, Ban Ki-moon, former 8th Secretary General of the United Nations and president of the board of directors of the Global Commission on Adaptation (GCA), Kristalina Georgieva, Managing Director of the International Monetary Fund (IMF), Patrick Verkooijen, CEO of the GCA and Nanne de Ru, founder of Powerhouse Company and RED Company.
The FOR represents an interesting example of a resilient building, an architecture capable of adapting to climate change. Its peculiar characteristic – as its name suggests – is that of being a "floating" construction. To be precise, the FOR is the largest floating office building and, made entirely of wood, it is also one of the most sustainable offices in the world. The project opens up an interesting line of research both for wooden buildings of this scale, as well as for architectures capable of adapting to climate change. The building has been designed to be carbon neutral and to reduce its ecological footprint. For its realisation, the architects relied exclusively on materials that were reusable and recyclable, as well as adopting technologies and incorporating architectural elements that could contribute to energy savings and to the sustainability of the building. The FOR structure, for example, is made entirely of wood and, if needed, it can be easily disassembled and reused in other contexts. Through 800 square metres of solar panels and taking advantage of a heat exchange system using water from the port of Rijnhaven, the building is also able to generate its own energy. The presence of protruding balconies for the lower levels of the building and the large sloping roof for the upper one ensure shade and help regulate the insolation of the spaces below.
Finally, if the sea level should rise in the future due to climate change, the FOR has been designed to be able to float and to continue to perform its function.
The FOR also plays an important urban role in the regeneration of the former industrial port of Rijnhaven in Rotterdam. The presence of the new office building, in fact, becomes an important element of attraction for pedestrians, helping to trigger a virtuous circle of revitalisation of the entire area.

On September 16, 2021 Powerhouse Company and its founder, Nanne de Ru, will be the protagonists of the 18th event in “The Architects Series - A documentary on: Powerhouse Company”, the exhibition format curated by The Plan magazine for the Iris Ceramica Group. The screening of the docufilm dedicated to the Powerhouse Company and the lecture titled "Level Up Architecture” to be given by Nanne de Ru will be live-streamed from the Group's Berlin showroom.
For information and registration: https://www.floornature.com/the-architects-series/architects-series-ndash-documentary-powerhouse-company-16550/ 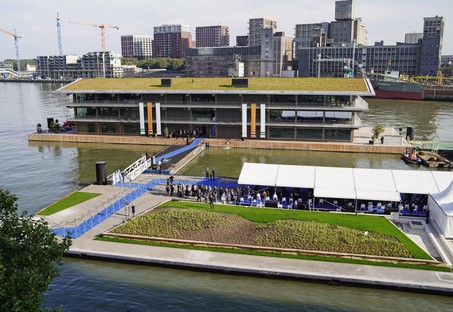 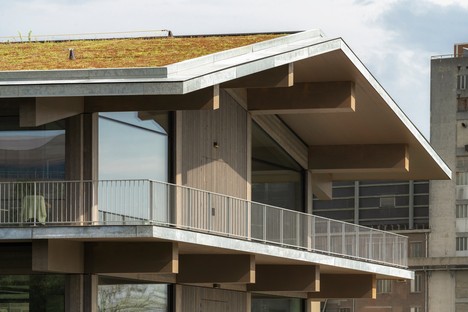 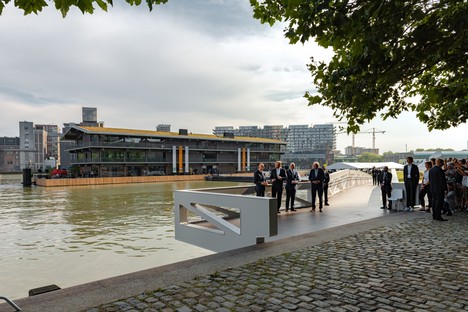 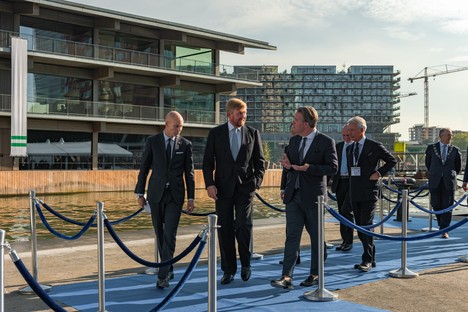 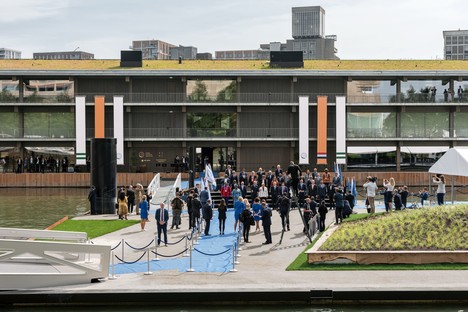 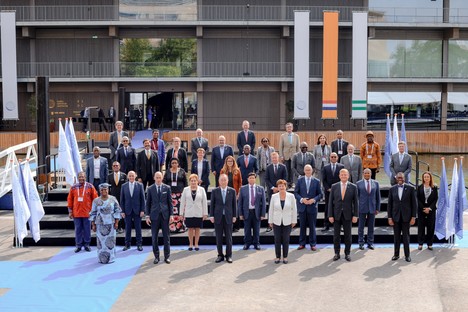