October 26 saw the inauguration of the new Academy of Dramatic Arts in Berlin named after actor Ernst Busch. The project by O&O Baukunst architects has made the building into an urban landmark that cannot go unnoticed and preserves the memory of the site. 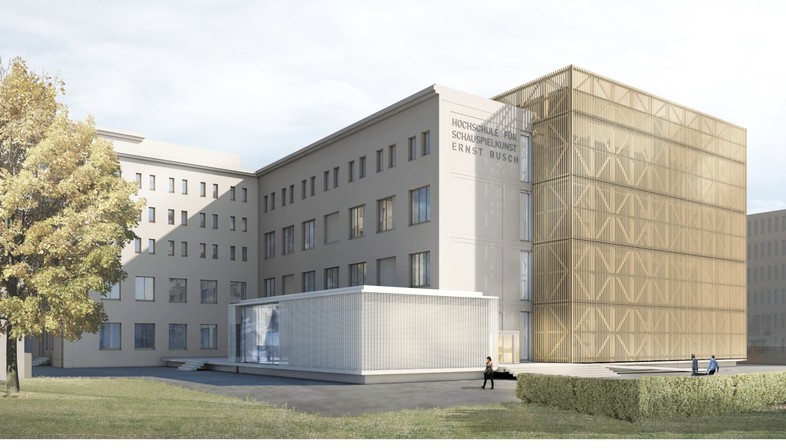 The new home of the Academy of Dramatic Arts in Berlin, named after actor Ernst Busch, opened recently in a building on Zinnowitzer Straße renovated by O&O Baukunst (Ortner & Ortner Baukunst).
In this attentive, carefully measured renovation project, the architects manage to preserve the memory of the place while giving the building new life. The façade now has a 24-metre-high timber scenery tower, making the Academy of Dramatic Arts into an urban landmark easily recognisable in the area, even from a distance. The tower makes the building immediately recognisable as a theatre. As architect Roland Duda of O&O Baukunst notes, there are a number of major theatres made out of timber, such as Aldo Rossi’s Teatro del Mondodesigned for the 1980 architecture Biennale in Venice. 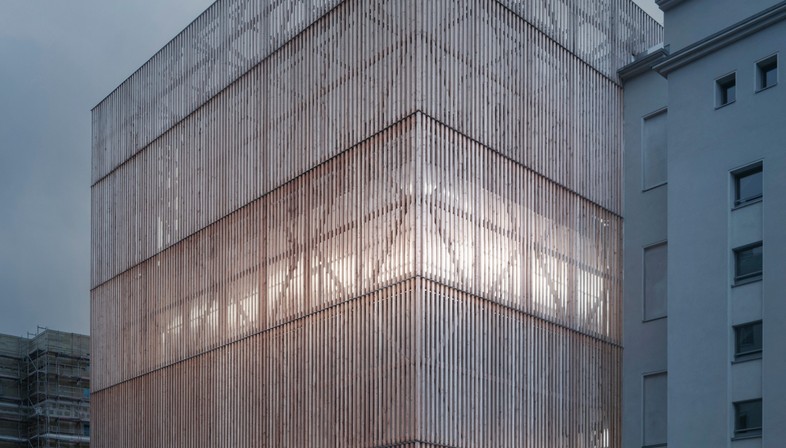 Architect Roland Duda talked about the genesis of the plan for the new Ernst Busch Academy of Dramatic Arts in Berlin in an interesting conversation with Cora Waschke, focusing in particular on the architects’ approach to the existing building. Working on the building’s cladding, the architects sought to answer a number of basic questions such as “ How does someone use a building like this? How will the building be filled with life afterwards?” At the same time, they raised the question of the preservation and usefulness of elements already present, as opposed to the need to demolish them. They did not seek to do away with the existing elements and replace them with a building created for its own sake, purely to satisfy the architects’ ego, but attempted to provide a concrete response to the client’s needs while demonstrating respect for the memory of the place. Every element has been carefully weighed in an attempt to answer the question “Is anything missing here?” or “Can we keep this?”. Roland Duda emphasised that the architects demolished only those elements which could not be used again, and added only the volumes necessary to meet the requirements of a modern dramatic arts academy which could no longer be fulfilled by the old building. 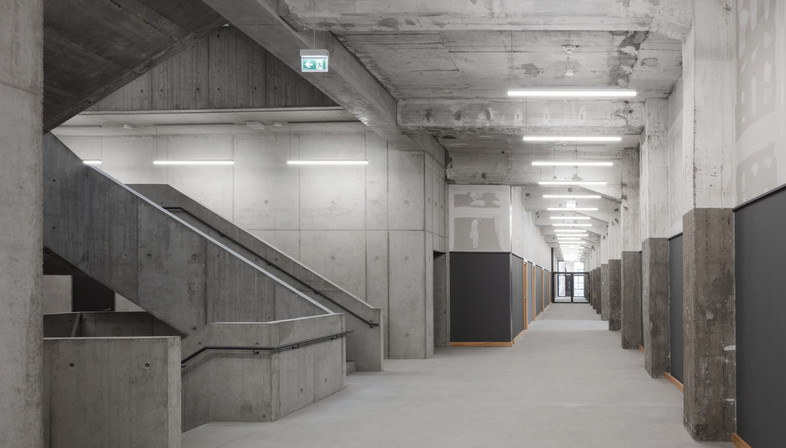 The new Ernst Busch Academy of Dramatic Arts in Berlin is an easily recognisable urban landmark on Zinnowitzer Straße. From the outside, the building appears to be made up of three parts: the existing volume, cut off at one end, the timber-clad tower and the coffee shop, enclosed in a glass box standing beside the old building. Inside it, the architects defined the boundary between old and new with a clear, sharp line of separation at a height of 2.30 m running along the entire building. Below this line is people’s living space, in which the building comes into contact with its users, with finished, refined surfaces, while above this line the building appears in its rough original state. The scenery tower visible from outside is the primary element characterising the construction and making it into an urban landmark. The reference to scenery, to rehearsals and experimentation is clear, and becomes even more visible when the theatre is lit up at night, so that the shadows of the actors rehearsing are visible and passers-by can see that the building has been given new life. 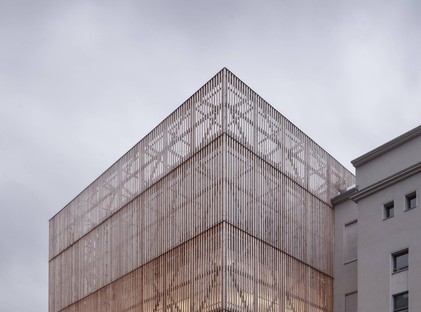 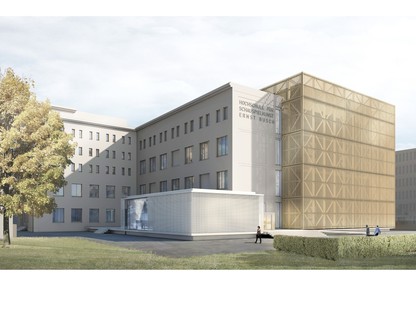 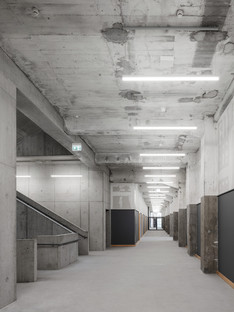 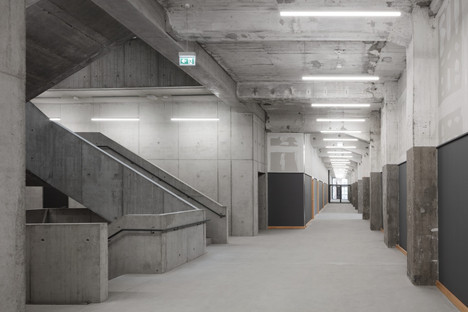 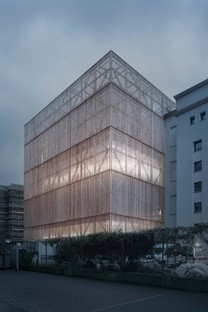 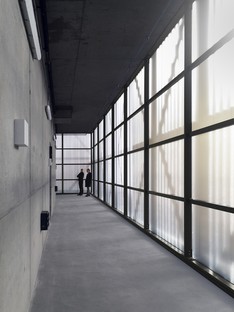 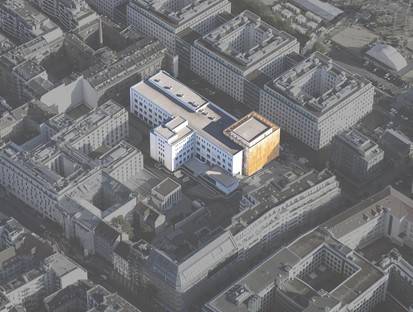