The 27th June saw the inauguration of the new Opéra Garnier Restaurant in Paris, designed by Odile Decq. 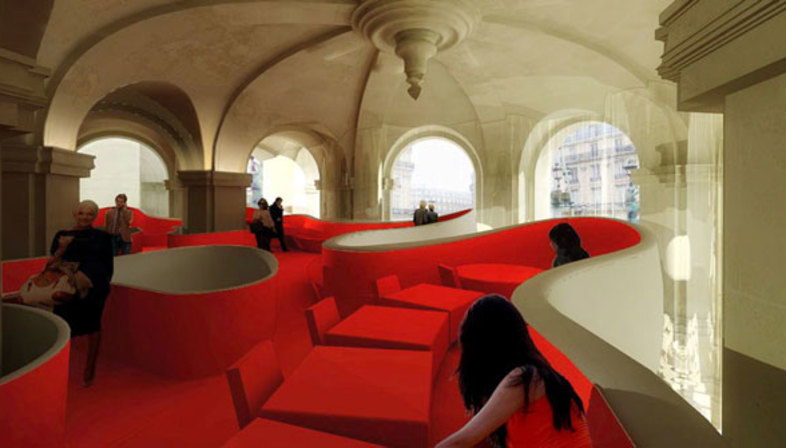 French architect Odile Decq has designed the new restaurant of the Opéra Garnier in Paris, inaugurated on 27th June 2011.
To create the new volume inside the Opéra, designed in 1875 by Charles Garnier, architect Odile Decq had to follow the strict legislation that protects historic buildings and find a compromise to respect the existing architecture that did not fall into mimicry, but underlined the contemporary nature of the project.

The new restaurant is located behind the pillars of the Eastern façade, with a sinuous façade entirely made of transparent glass.
The structure is not visible and the glass is supported by a steel structure anchored to the upper frames by iron bars 6 metres high.
In order to allow the restaurant to seat 90 diners, despite its reduced space, the mezzanine has been created as a continuous surface resting on slender columns placed behind the stone pillars and resembles a white cloud ? a clear allusion to the white veil of the famous phantom. 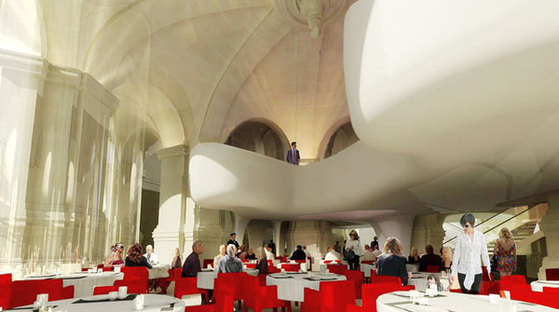 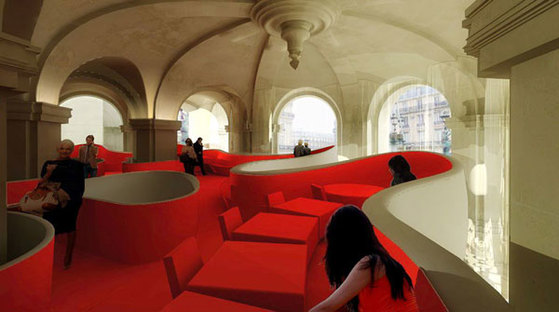 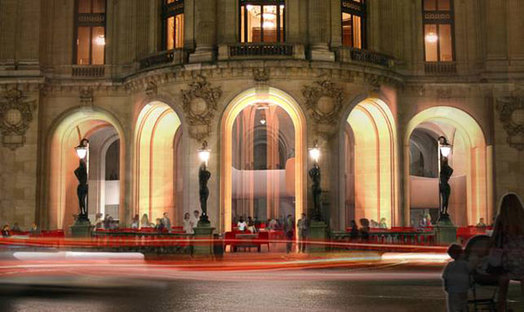 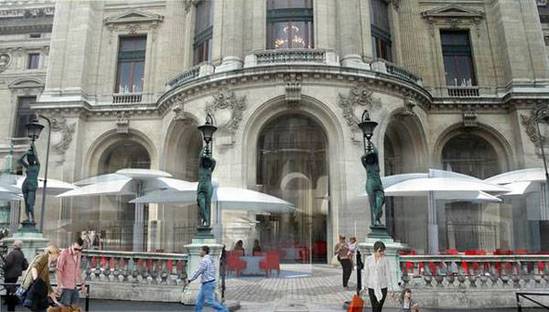 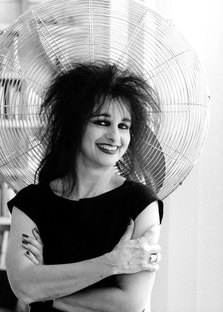