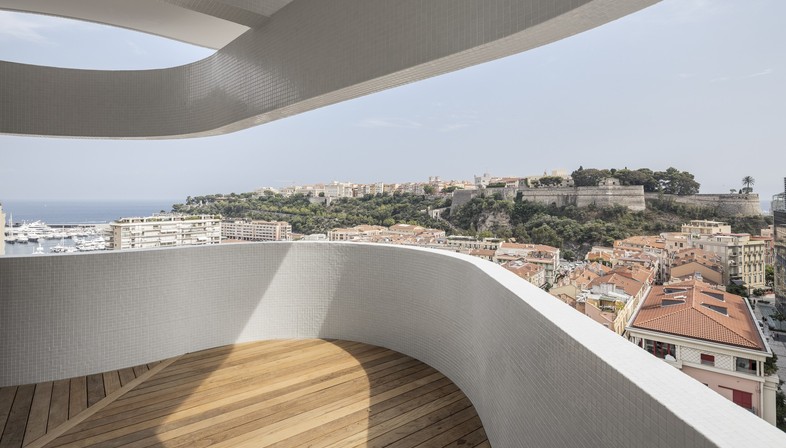 Villa Troglodyte, presented recently on this web site, is a private residence that gave Jean-Pierre Lott and his architectural practice an opportunity to investigate the relationship between man, nature and culture in an unusual high-performing project built in a densely built urban area. The Paris-based architect recently completed another challenging new project in the Principality of Monaco: a residential building which also contains shops, a school and office space on a narrow triangular lot in La Condamine, one of the oldest neighbourhoods in the city’s historic centre, now the heart of its shopping district. Le Stella is a mixed-use residential building incorporating apartments, shops, a school and offices, built with aerodynamic curved shapes offering the city an iconic new urban sculpture. 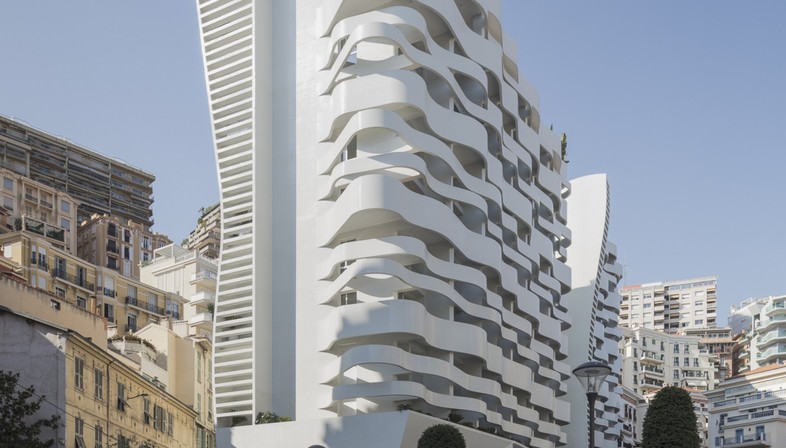 The building has 16 floors, divided horizontally into two main volumes. It is also vertically divided into two zones representing the twin souls of the construction: a clear glass base up to the second floor above ground, containing office space and the school, topped by a big concrete sail containing 10 floors of apartments. These upper floors are covered with a white strip, forming sinuous curves that create unusual light effects and perspectives, all adding dynamism to the building so that it does not appear to be a massive, static monolith. The “strip” covering the façade, with its sinuous curves, not only makes the building look lighter but provides it with privacy: the strip creates a curved grid, a filter designed by the architect to shelter the loggias from the view of neighbouring buildings without limiting their panoramic sea views. All this underlines Le Stella’s sculptural appearance, providing an iconic new urban landmark for the neighbourhood. 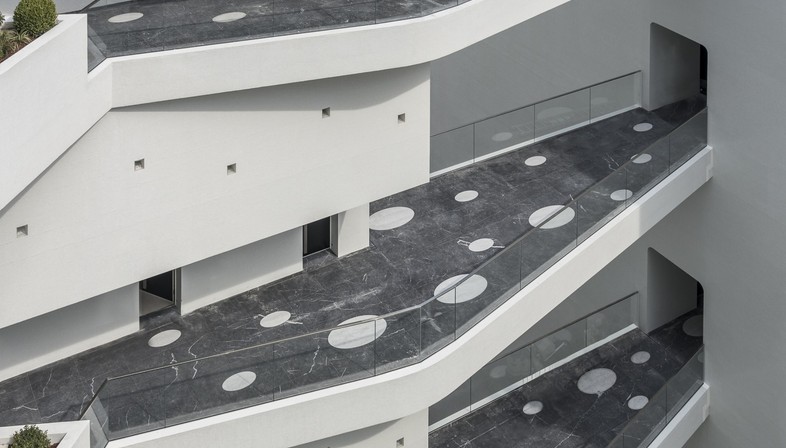 The architects turned the site’s topography to their advantage, making what might have appeared to be weaknesses into the strong points of the project. The building’s base, containing the school and university, has only one wall on Rue Hubert Clerissi because of the slope of the lot; the architects covered this part of the building with clear glass, incorporating elements recalling the undulating motion of the upper terraces to create a green patio illuminated by natural light which shelters the school and the university from direct view. In the upper part of the building, containing apartments, the key element of the composition is the walkways connecting apartment blocks A and B on every other level. Bounded by tall, clear railings, the walkways provide residents with access to the apartments and the gym while offering an interesting perspective on the buildings and the city. 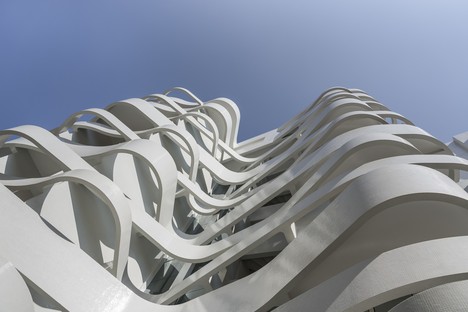 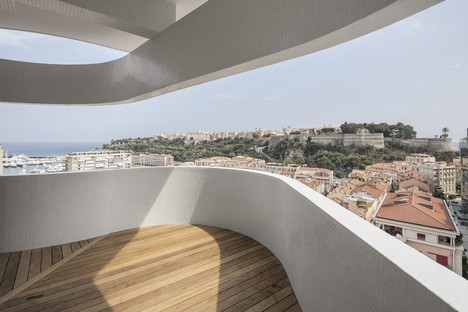 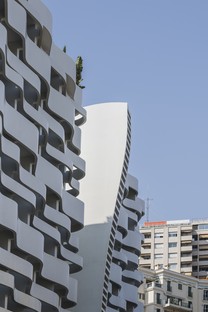 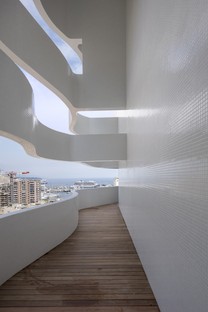 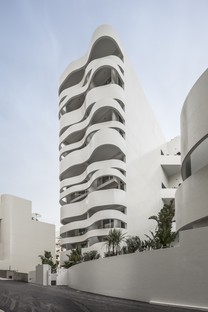 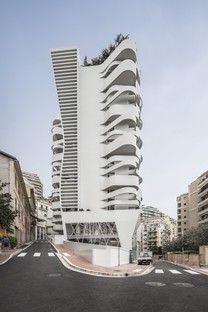 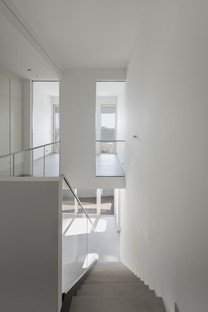 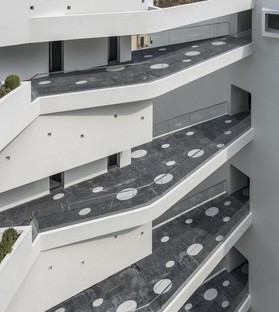 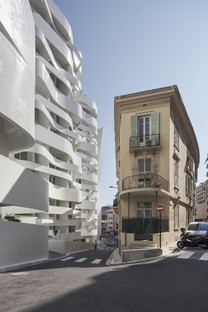 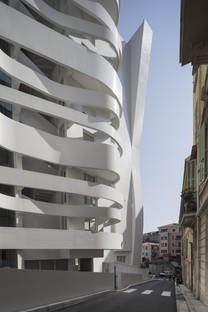 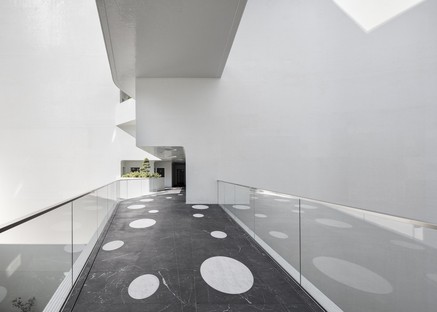 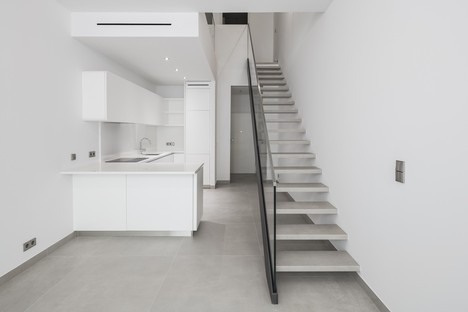 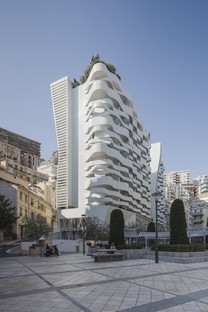 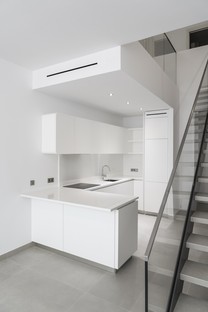 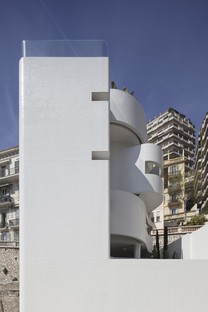 SuperLimão studio designs interiors for Escola 42, an IT school in Saõ Paulo, Brazil