KAAN Architecten Supreme Court of the Netherlands, The Hague

The new Supreme Court of the Netherlands in The Hague designed by KAAN Architecten opened on April 23. The building’s foyer features the painting “Hoge Raad” by Dutch artist Helen Verhoeven, commissioned specifically for the Supreme Court. 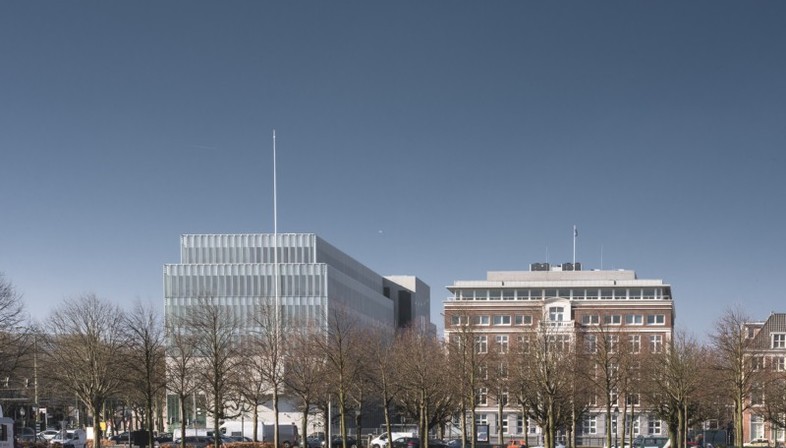 The new seat of the Supreme Court of the Netherlands, designed by Dutch studio KAAN Architecten , winner of an international design competition announced in 2012, was completed recently.
Built on Korte Voorhout, an important route connecting a number of institutions with Parliament, near Malieveld Park, the new Supreme Court is in the historic centre of The Hague and acts as a gateway to the city. Its glass façades interact with the trees beside the road and the transparency of the construction is a symbolic reference to fair judgement.

One of the biggest challenges in the project was putting together the various internal routes in a way which prevents visual contact between different categories of users (the public, the judges, the accused, the sentenced, etc.).
Six bronze statues of Dutch legal scholars on pedestals add a note of solemnity to the main entrance. On the upper floors there are offices, meeting rooms, a library, a restaurant and the council chambers. The architects used different colours of coverings to differentiate between the two main parts of the construction: the Upper Council of Magistrates (Raad) and the Procurator General Office (Parket).
Natural light illuminates the spaces from above through skylights corresponding to the vertical links in the building. The two-storey high foyer is the main public space, leading to the two courtrooms and the press room.

This large space contains the painting “Hoge Raad” by artist Helen Verhoeven, commissioned specifically for the Supreme Court, portraying real and symbolic characters referring to the history of the Dutch legal system and constitution. 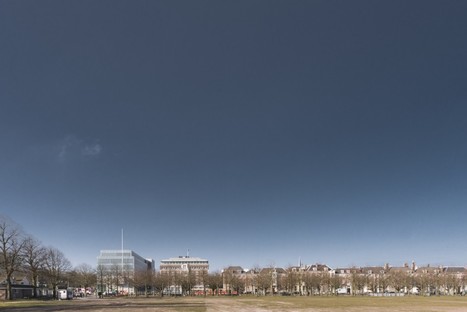 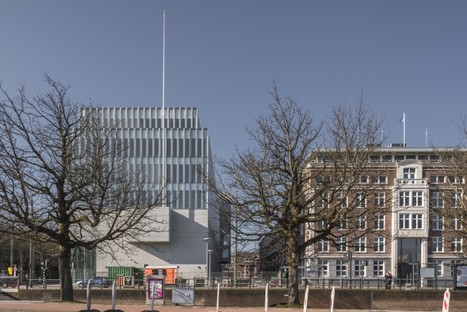 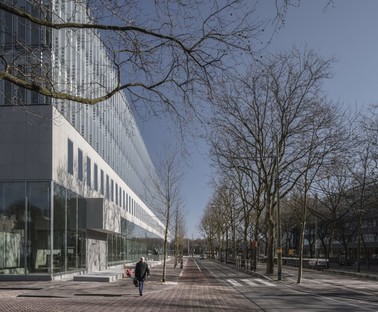 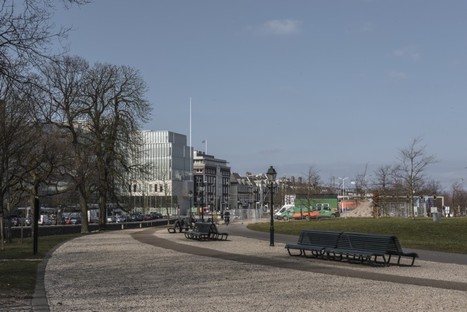 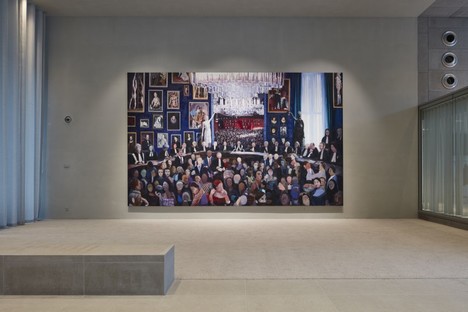