Henning Larsen Architects designed an extension for the Vestjyllands Kunstpavillon in Videbæk, Denmark: an expansion project preserving the atmosphere of the main building and establishing close contact with its natural surroundings. 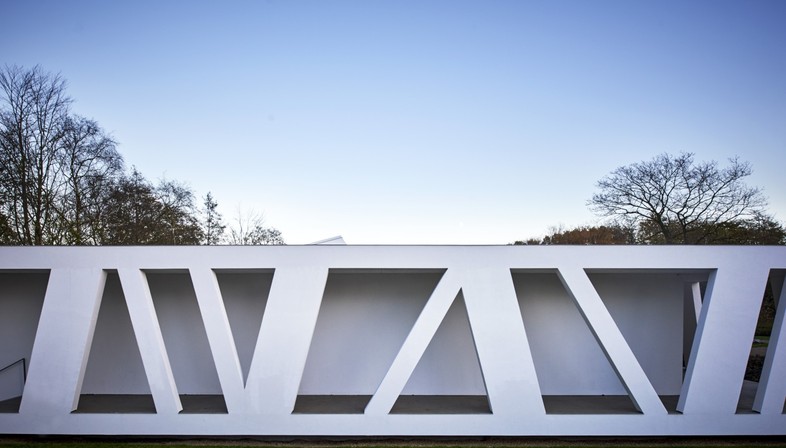 Arne Haugen Sørensen museum opened in Videbæk, Denmark on 10 September 2017. The museum dedicated to the prominent Danish artist and graphic designer was designed by Henning Larsen Architects, which also designed the original core of the pavilion. The architects expanded on the Vestjyllands Kunstpavillon in Videbæk, a project the studio built in 2012, before Henning Larsen’s death. The opportunity was offered by the need to expand the existing building to contain the works of Arne Haugen Sørensen: the new exhibition area is destined exclusively to house Sørensen’s work. 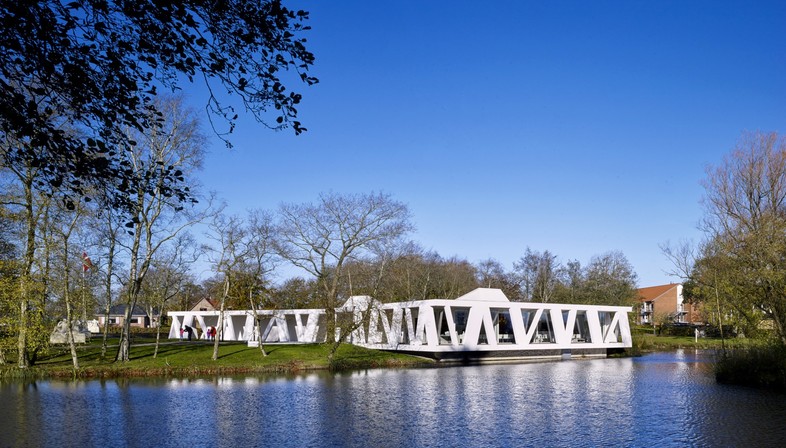 The inaugural exhibition reconstructing the artist’s career featured more than 70 artworks donated by the Danish artist and graphic designer and ceramics by his wife, artist Dorthe Steenbuck Crab. The exhibition included paintings, watercolours, engravings, sculptures, ceramics and models for altarpieces; Arne Haugen Sørensen is known above all for his religious art, decorating more than 25 Danish churches. The museum had to be expanded by 400 square metres to house the artist’s generous donation, and so the architects designed an extension connected with the building constructed in 2012, preserving its poetic harmony with its natural surroundings. 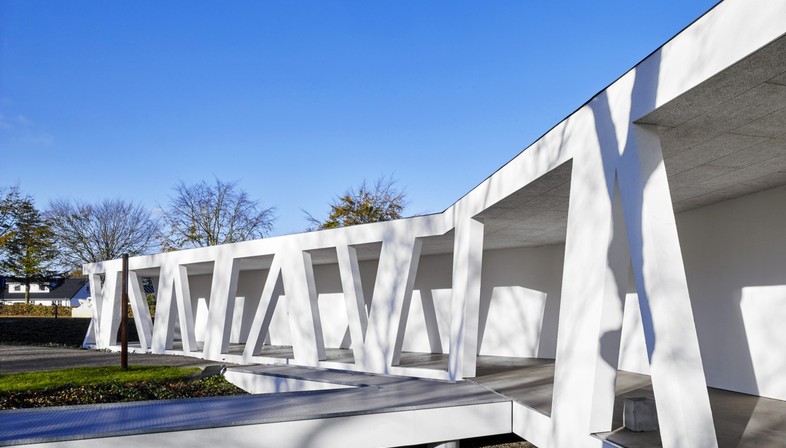 The link with its surroundings was in fact an essential element of the project Henning Larsen came up with in 2012, to the extent that it is impossible to discuss the Videbaek Art Pavilion without mentioning its context. The museum is located in Videbæk, in the region of central Jutland, near Ringkøbing fjord, built in the western part of the big city park near the lake. Videbæk, no longer an independent municipality since 2007, is known for its big V-shaped corten steel sculpture, created in 1996 by Per Arnoldi and known as "The V". This important urban landmark located at the gateway to the city is referenced in Henning Larsen Architects’ project: the architects use V-shaped inclined pillars to support the roof of the pavilion and shelter the pathway outside it. 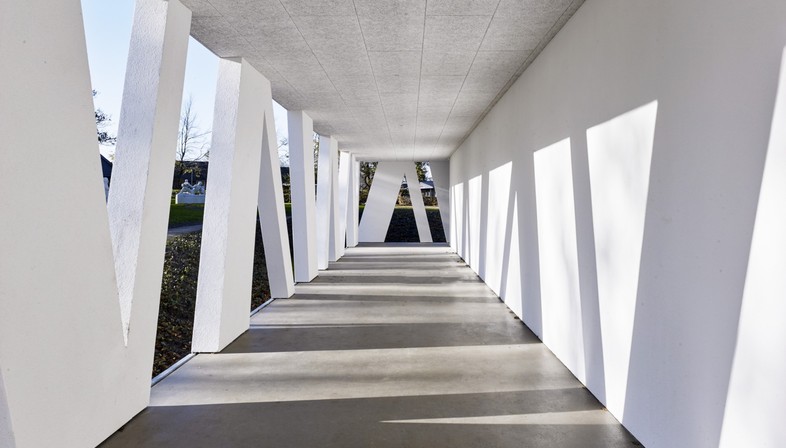 The museum stands in the western part of Videbæk Park, a volume recalling a Japanese teahouse standing at the edge of the forest by the lake. The pavilion expansion picks up on the concept already expressed in the 2012 building, with an outdoor pathway wrapping right around the building; an intermediate space, between inside and outside, presenting the pavilion to the public with an open, dynamic façade. A geometry recalling the motion of the trees in the park and the rushes of the lake swaying in the wind, while at the same time bringing to mind “The V”. The façade is a shared architectural element creating an immediate, close connection between the two buildings and the park in which they are located. 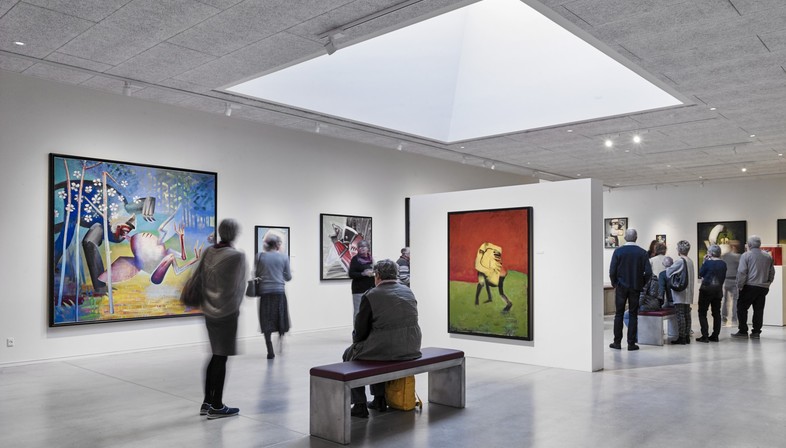 Inside the pavilion, the exhibition hall is designed to ensure that artworks are displayed under optimal conditions. Skylights allow sunlight to pervade the room and cast shadows that improve exhibition of sculptures. Light is a key element, a constant in the work of Henning Larsen. The architect liked to identify space and light as the key materials in his buildings; architecture critics and academics have called him the “master of light”, and the importance of light in his work is confirmed by HARPA. His Concert Hall and Conference Centre in Reykjavik (Iceland) won him the European Union Mies Van Der Rohe Award for contemporary architecture in 2013, only months before his death. 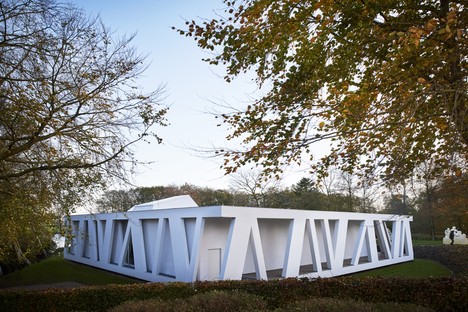 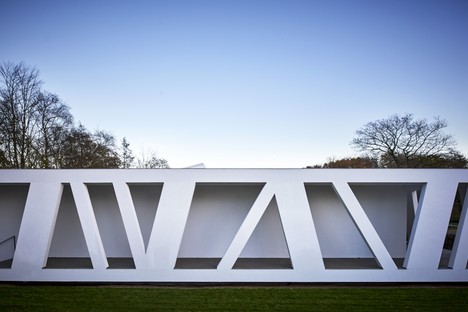 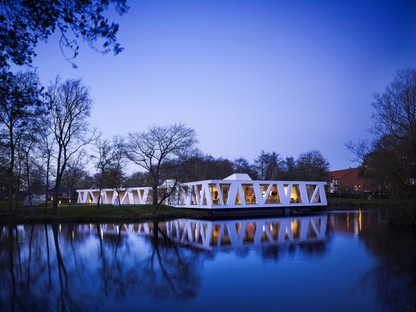 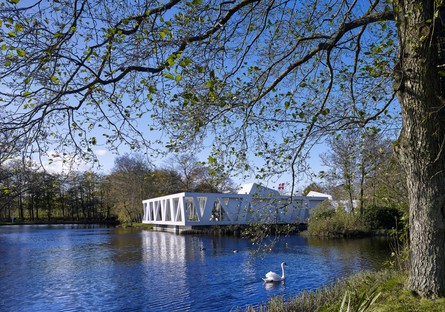 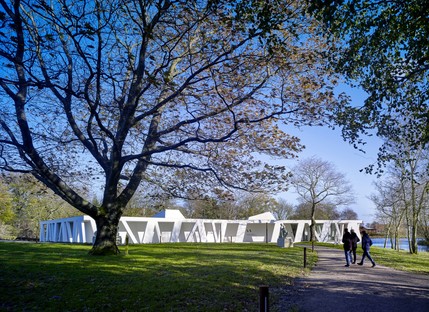 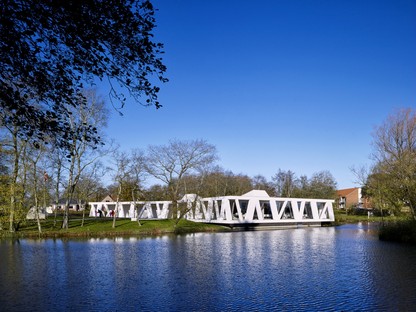 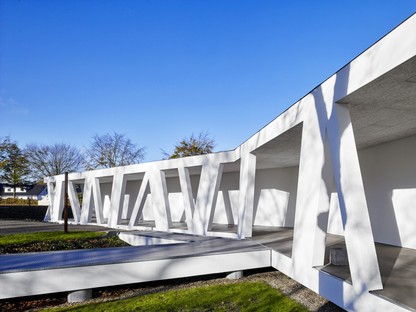 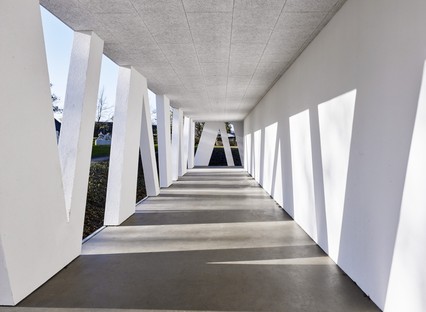 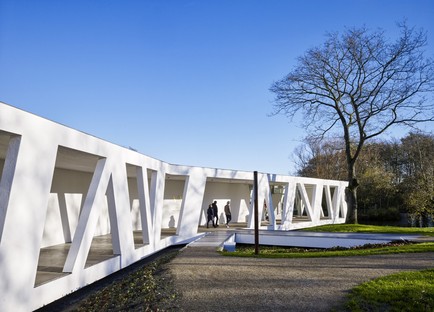 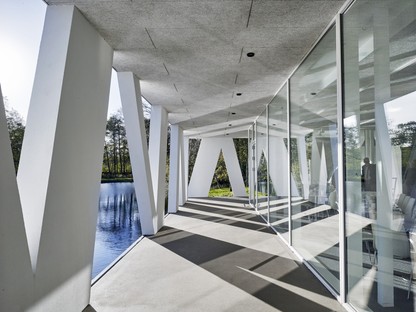 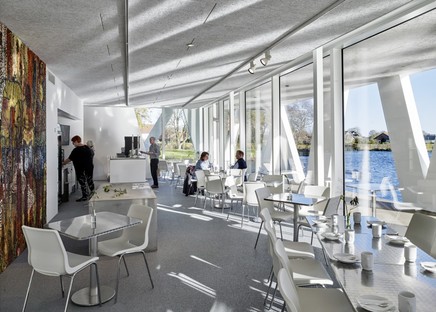 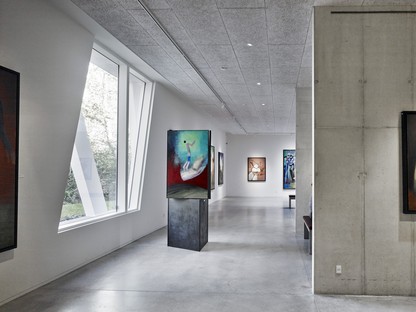 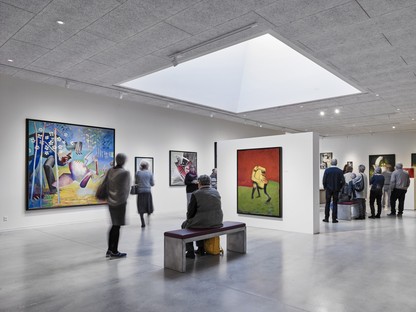 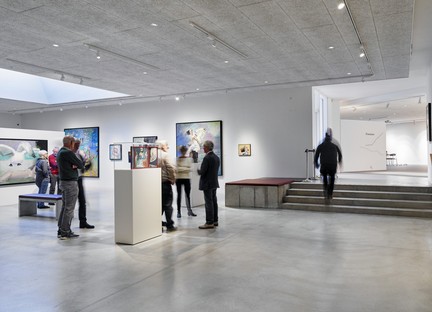 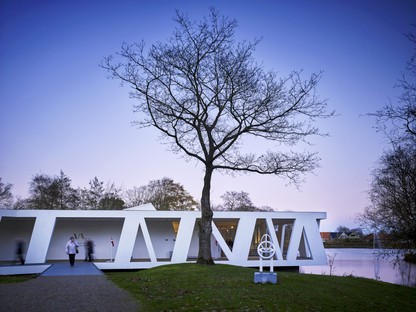 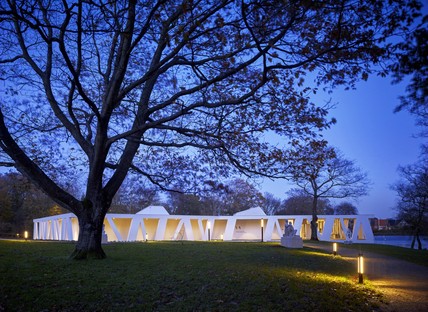