A compact building with a dynamic façade created by a dense grid of balconies at different heights: Hardel and Le Bihan designed a social housing complex not far from the Clignancourt university campus at Ilot Croisset in Paris. 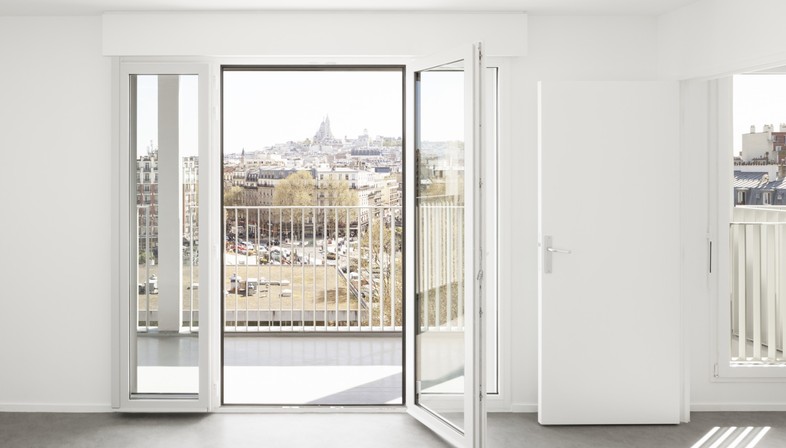 In Paris’s 18th arrondissement, a rapidly growing suburb near one of the gateways to the city, Hardel and Le Bihan designed a building containing 63 apartments of different sizes. The project is part of a wider-ranging plan for revitalisation of the neighbourhood implemented in partnership with the studio of architect Gaëtan Le Penhuel and involves construction of two apartment buildings, a restaurant, shops and a parking lot also for the nearby Clignancourt university campus. 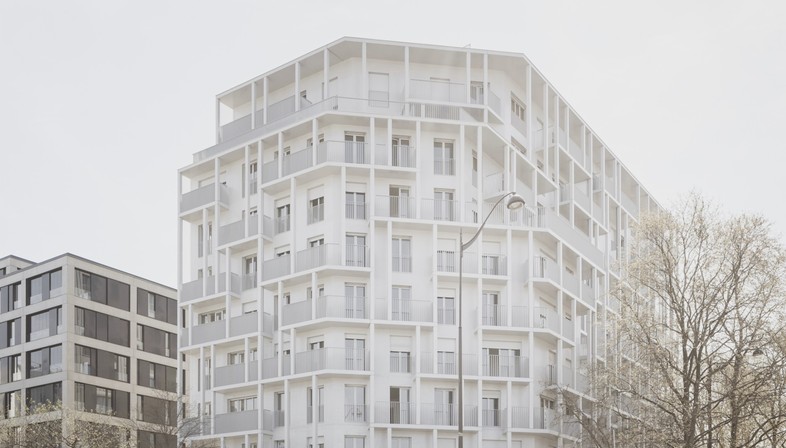 The three constructions - two apartment buildings and a restaurant – in the new complex are clearly identifiable. The building designed by Hardel and Le Bihan architectural studios is located on the northwest corner of the site and was constructed according to the criteria of porosity characterising the projects in Paris’s Green Belt, alternating buildings with open views into the heart of the lot.
The building has 10 levels and picks up a number of elements of the adjacent example of the HBM or Habitation à bon marché, the social housing projects that has been constructed all over France since the '50s, such its very thick volume and the moulding on the façades. The architects drew their inspiration from the nearby HBM projects in the angle of the corner between the northern and western façades at the road intersection.
The building’s great thickness allowed the architects to optimise the layout of the apartments and the living space inside them, while the large number of windows visually reduces the building’s mass. The true façade is set back from the surface of the construction, preceded by a dense grid of balconies and poles forming a lightweight skin that blurs the building’s boundaries and makes it stand out as unique on the block. 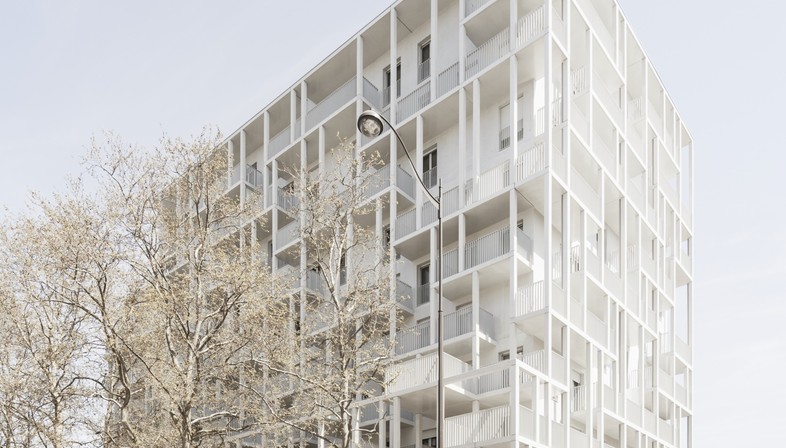 The building is made entirely of concrete, combining the prefabricated concrete technique used for the balcony poles with classic on-site casting of the other parts of the building. The finish used to protect the concrete against external aggression gives the building iridescent reflections that range from bright white to silvery, depending on the weather.
The balconies are irregularly arranged, staggered to optimise the amount of sunlight, with similar differences in the depth of the spaces. On the southern and western walls, where there is plenty of sunlight, they are of greater depth compared to the northern side, which has a less favourable orientation. This makes all the building’s walls different. The balconies offer very interesting sweeping views of the city and act as a sort of filter between public and private space. The presence of the poles helps define the boundaries of the balconies for greater privacy, so that people can use them as true extensions of their apartments. 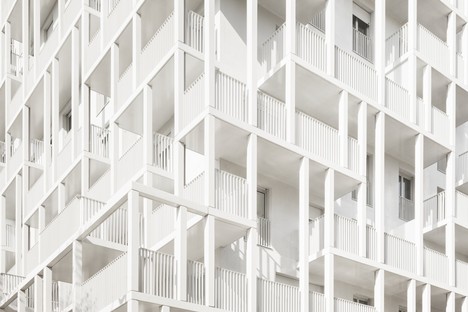 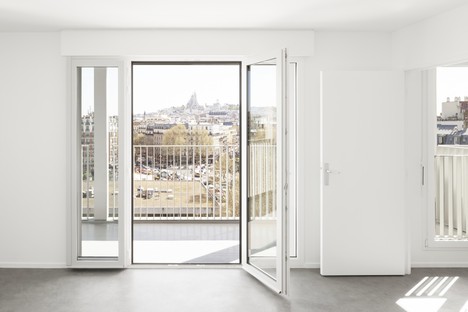 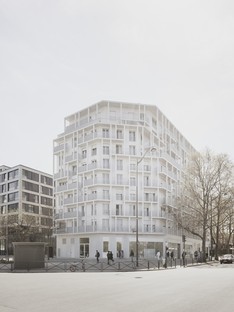 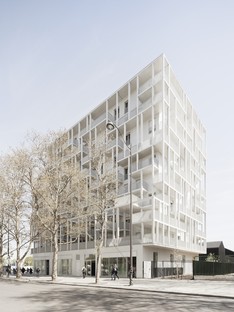