The Alter Wall 2-32 renovation project by gmp von Gerkan, Marg and Partners Architects brings new life to central Hamburg. Historic buildings have been renovated to give the city new spaces and pedestrian zones, while uncovering and revealing architectural elements that had been hidden as the buildings were changed over the years. 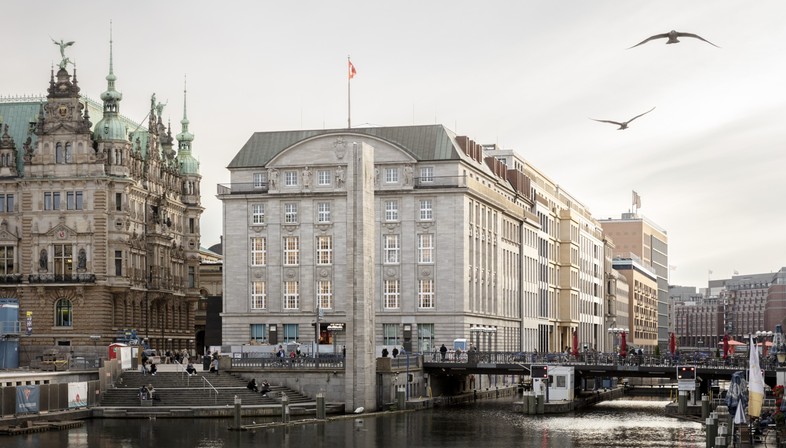 gmp von Gerkan, Marg and Partners Architects planned the renovation of Alter Wall 2-32, an entire block of buildings in the heart of Hamburg, commissioned by Art-Invest Real Estate following a design competition held in 2013. The project involved reclamation of an entire complex of listed historic buildings, a block of constructions in a privileged location for shopping and social life in the city centre. The changes made in the block have established new connections with nearby neighbourhoods, Nikolaiquartier to the southeast and Neuer Wall/Große Bleichen to the northwest. The new Marion-Gräfin-Dönhoff bridge over the Alsterfleet, for example, leads from the Neuer Wall/Große Bleichen district to the new Bucerius-Passage, which in turn crosses through the block of buildings to the Alter Wall.
The Bucerius Art Forum, which occupied the head building across from the Rathausmarkt until 2019, was relocated to the cross-over point at the centre of the row of buildings to become a part of this important crossroads between the two routes, enjoying a central position in the link between the financial district and the city centre. The reclamation and refurbishment of these historic buildings has become an important driver of urban regeneration and transformation, bringing new life to this part of the city and giving the historic city centre new spaces and pedestrian routes. The architectural project also involves construction of an underground public parking lot which extends under the buildings to free the streets above ground of vehicle traffic. The architects complied with heritage restrictions in their work on the façades, while modifying the windows of the shops and restaurants along the boulevard to provide access to the premises from ground level and make the street attractive to pedestrians.
The refurbishment of Alter Wall 2-32 had a number of surprises in store, bringing new visibility and beauty to elements of great architectural value that had been concealed as the building was transformed over the years. One of the highlights of this outstanding discovery was the building occupied until 2019 by the Bucerius Art Forum, the only building in the block to be fully protected as a historic monument, which now houses a flagship store on four levels. In the course of the restoration of the Reichsbank foyer, a "room within a room" was discovered which the architects describe as a “precious gem” which had been hidden by suspended ceilings and partition walls added over the course of the building’s history. This central element in the building, referred to as the Oktogon for its shape, is a well of light topped with a glass roof that picks up on its octagonal shape, supported by pillars extending through four levels richly decorated with mosaics. The architects designed a dramatic spiral staircase to connect the various levels of the flagship store while giving the whole building great visibility and historic value. 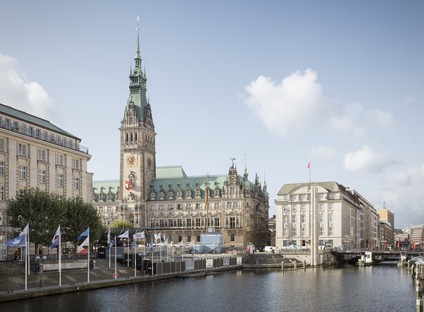 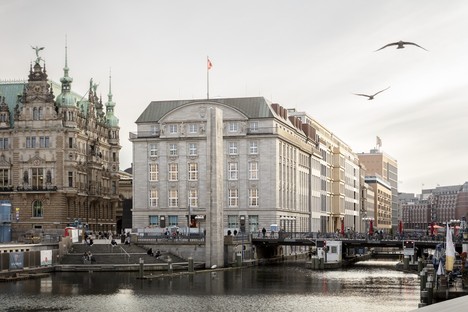 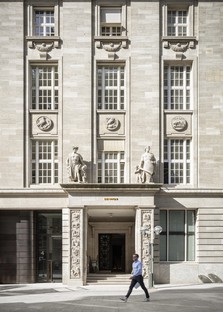 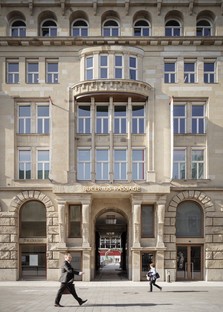 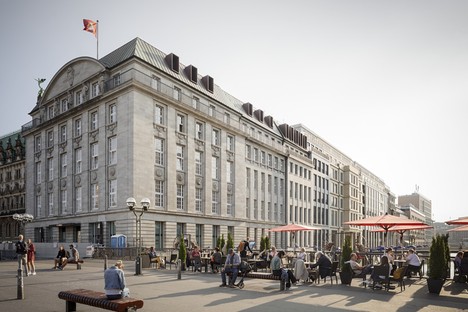 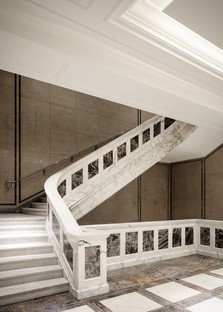 Baynes and Mitchell Architects Command of the Oceans Chatham