The architectural firm von Gerkan, Marg and Partners (gmp) has delivered a major new cultural project for the city of Beijing. The new national museum was built at the northern end of Beijing's central axis and, for the first time, will display important art and craft collections that are part of the country's great cultural heritage. 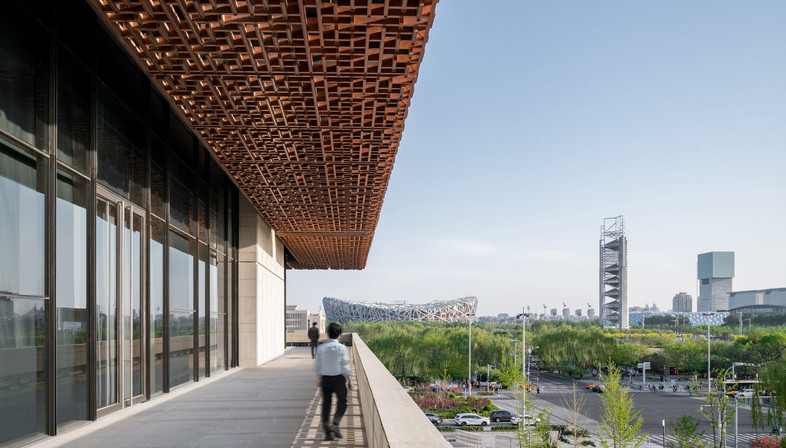 Beijing's central axis, the "cultural backbone" of the Chinese capital, is being enriched with a new "link." At its northern end, the new national museum designed by the architectural firm von Gerkan, Marg and Partners (gmp) has recently been completed.
The new construction has dimensions that reflect the design guidelines for cultural buildings along the Yangshan River and is composed of three distinct parts thanks, in part, to a different design treatment of the façade. The element connecting with the ground is a light granite plinth, on which there is a glazed band that lightens the volume and on which the last part, the main copper-coloured museum block, seems to float.
Access to the museum is through two entrances located along its main axis in an east-west direction. The building bridges a height difference and becomes a connecting element between the city, with the square to the east, and the natural environment of the river bank to the west. The entrances lead to the central foyer, a large void that spans the building at full height, where natural light penetrates from the roof skylights and spreads throughout the space. This large central void is overlooked by the various upper exhibition halls. A system of balconies and pathways offers visitors panoramic views of the entire museum area. The actual museum is in fact spread over the three upper levels; one level is dedicated to temporary exhibitions, while two house the permanent collections. On the ground floor, in addition to the foyer, there is a multifunctional hall with 400 seats. A covered terrace runs along the glass façade around the entire perimeter of the building at a height of 13.5 metres above the ground, creating a sheltered public space for visitors to enjoy panoramic views of the urban surroundings and the river. The copper-coloured panels, used to screen the upper part of the curtain wall, recall a design found in Chinese tradition. The night backlighting system gives depth to this part of the façade and turns the museum into a landmark that can be seen from afar. 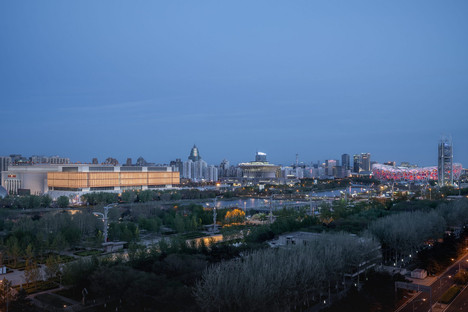 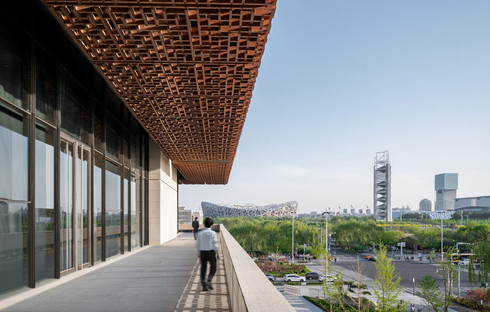 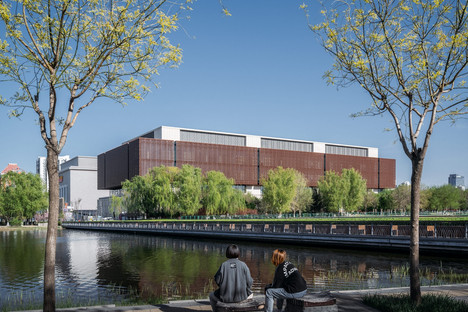 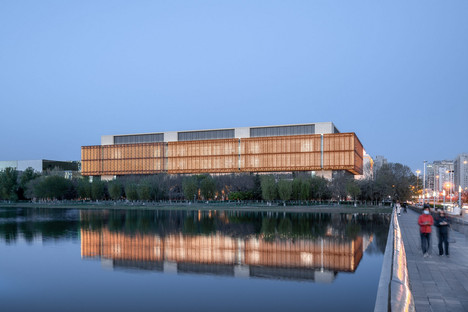 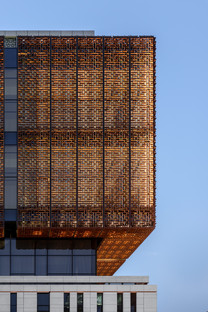 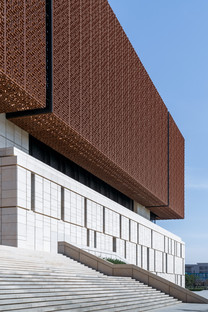 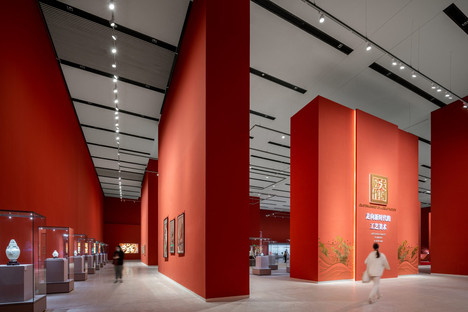 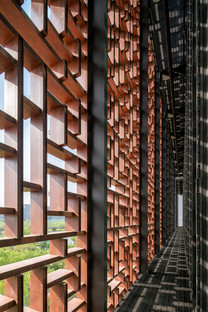 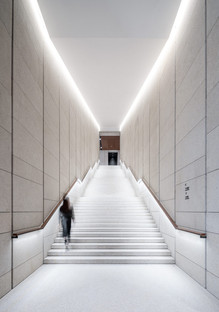 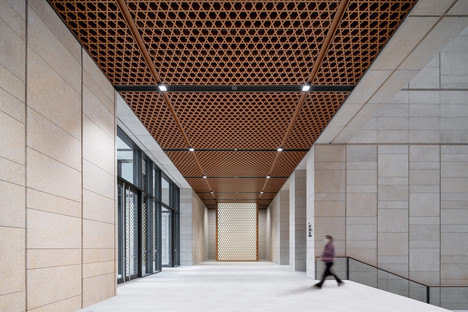 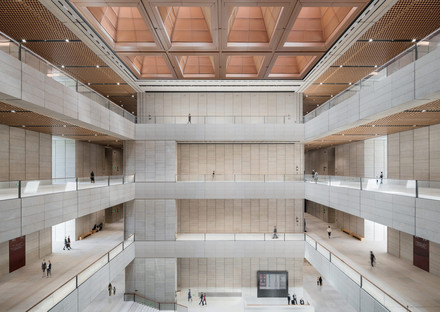 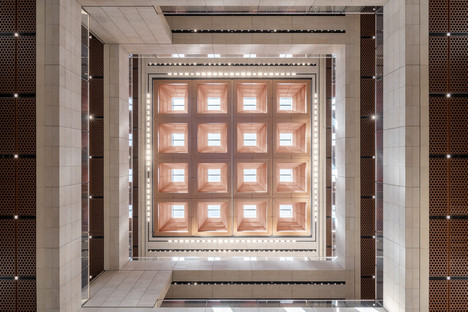 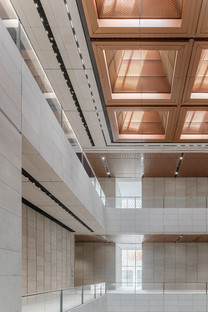 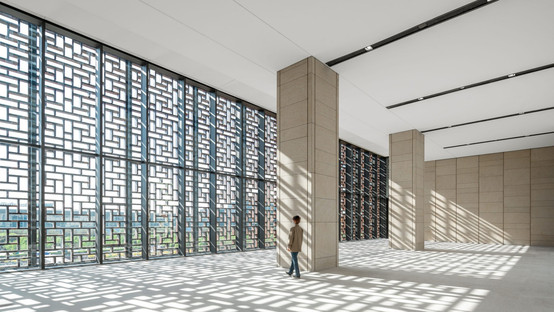