Elasticospa+3: The restoration of a country house in Salice

The country house in Sacile (Pordenone), designed by Elasticospa+3, is a restoration that bridges the past and present experiences of living on the Friuli plain. In the country house at Sacile, Elasticospa+3 works on creating a conscious disconnect between architectural shell and internal space. 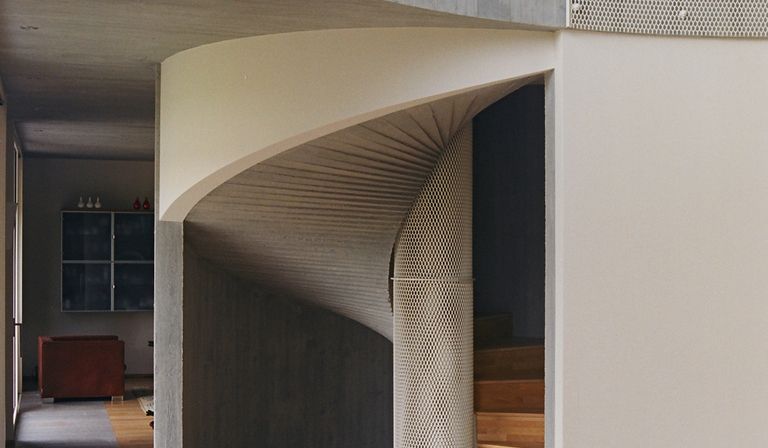 The country house in Salice (Pordenone) designed by Elasticospa+3 is one of those projects rarely found on the North Italian plains. The Elasticospa+3’s approach is a departure from the traditional renovation of a country house that has lost its function of family house with attached buildings, such as stables and barns.
There is no trace of a nostalgic attempt to recreate a story through elements of the vernacular (which are often emphasised by making them quaint). Nevertheless, the focus is on continuity with the architectural tradition, through a link that transforms tradition into contemporary discourse.
The country house project is a linear residential complex, one of those large buildings where until the middle of the last century several families lived together. The façade was broken up by a sequence of aligned windows providing a subtle indication of the arrangement of similar spaces inside. Elasticospa+3 maintains this original structural feature in the façade, while completely emptying the internal volumes, to create a marked disconnect between architectural space and housing design.

The restoration of the general balance of the elevation also eliminates superfluous structures much favoured by the rural culture, where functional necessity prevailed over any consideration of form or aesthetics.
The linear plan has been enhanced, aligning the old, lower building with the laterally juxtaposed residential section. Through significant demolition and reconstruction of the outline and upper storey, a symmetrical volume has been created to produce a single architectural structure. Ensuring formal continuity, the project provides tiled double-pitched roofs and an initial sequence of openings on the south façade. Subsequent to this, a different design was used with larger openings such as the glazed balcony and the entrance to the ground floor. A re-interpretation in accordance with modern requirements was applied to the access doors of the agricultural outbuildings, and the door that once divided the living quarters from those used by farm animals.
The interweaving of full and empty in the brick facing (typical of old houses of rural Friuli) is in reality a subtle deceit conceived to achieve visual continuity with the traditional design features mentioned earlier, without restricting the internal housing choices. Observation of the brick covering shows an additional relief decoration: a sequence of bricks laid head on, protruding from the façade, while certain sections present a brick grid, widely used for example as a system of shelter from the sun or ventilation in rural buildings. In the interior, these areas correspond with wide glass panels that broaden the transparent surface, improving the quality of the indoor light and creating open spaces shaded by the external grid, in line with tradition.

From this point on, the internal space can be managed with a plan that is completely independent of the exterior shell. With the use of bare cement and wooden floors, the designers emphasise the difference between contemporary life and a past that exists solely in memory. The internal arrangement on 3 levels is dominated in the plan by a series of cylindrical elements that break up the space, creating self-referencing perspectives, gently touched by the light that filters through the brick grid. 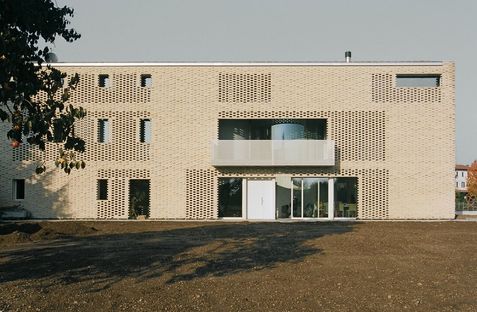 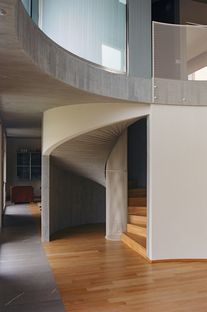 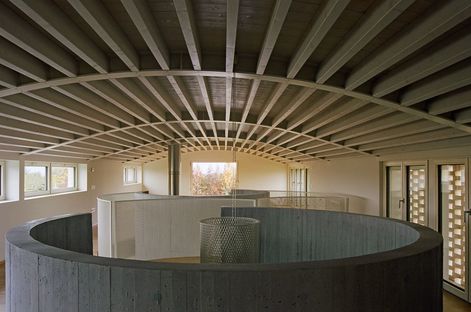 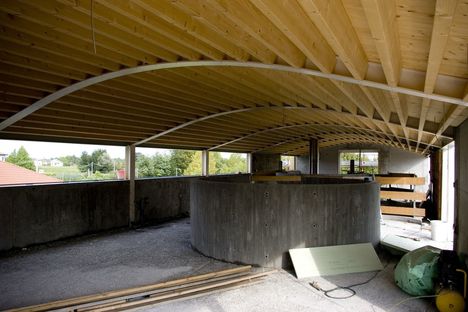 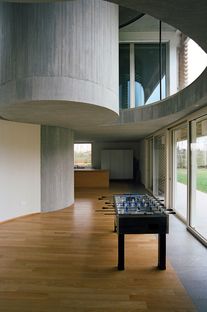 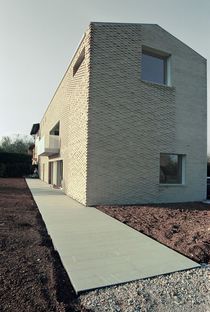 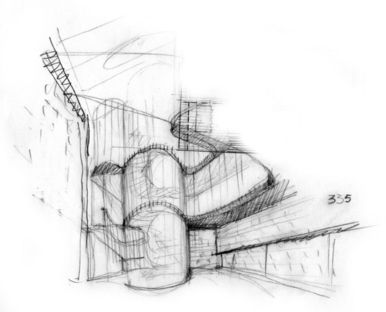 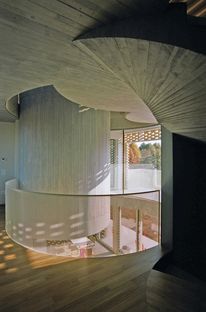 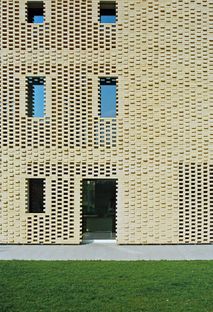 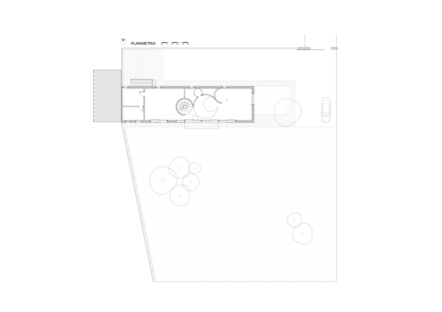 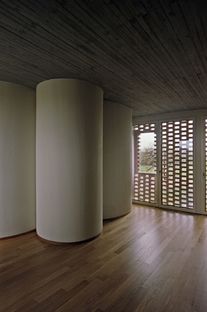 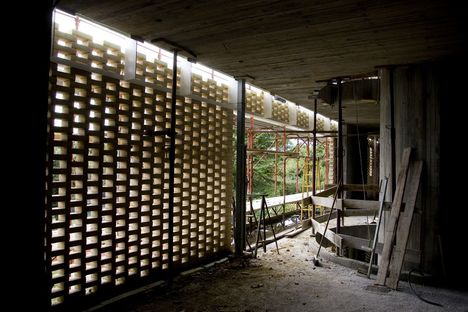 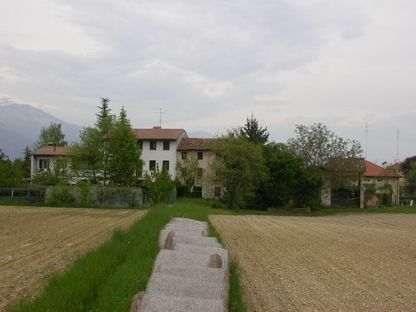 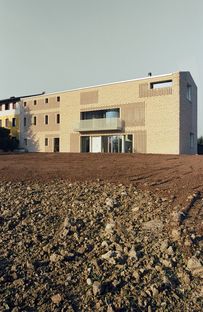 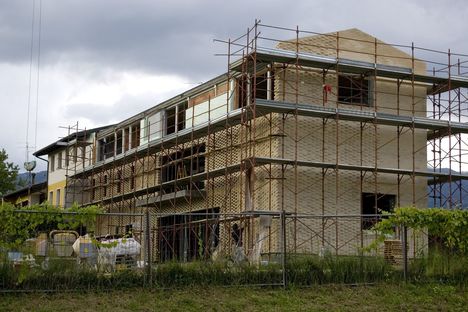 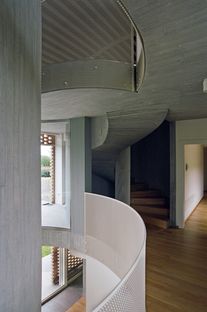 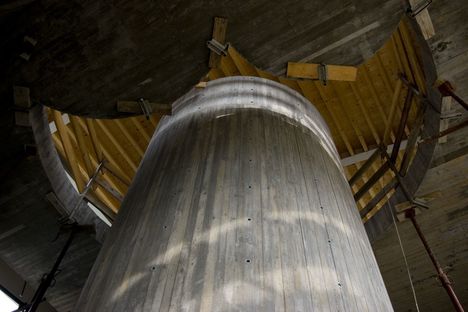 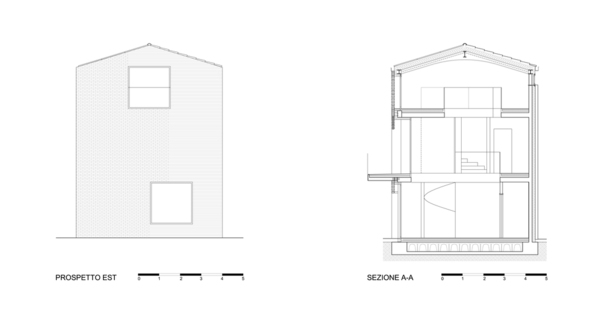 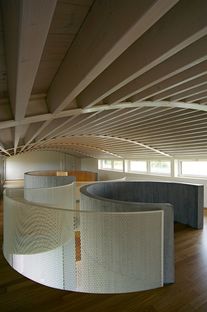 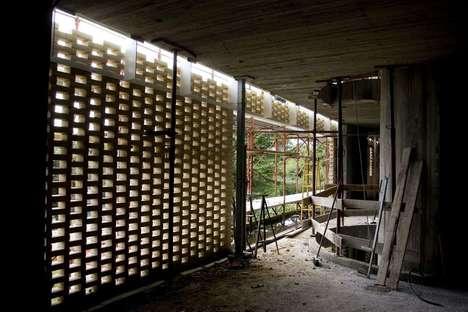 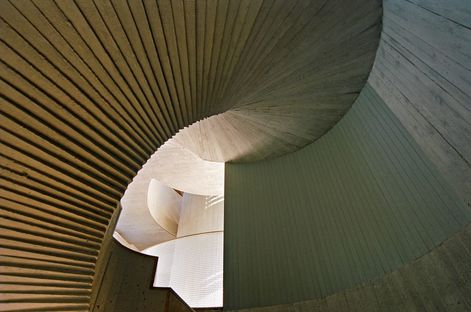