Education, research, offices, restaurant, accommodations, culture and sports: this is the wide-ranging programme of the H-Campus, a pole of innovation recently expanded by Zanon Architetti Associati in the countryside of Italy’s Veneto region, winner of the 2020 Premio Architetto Italiano. 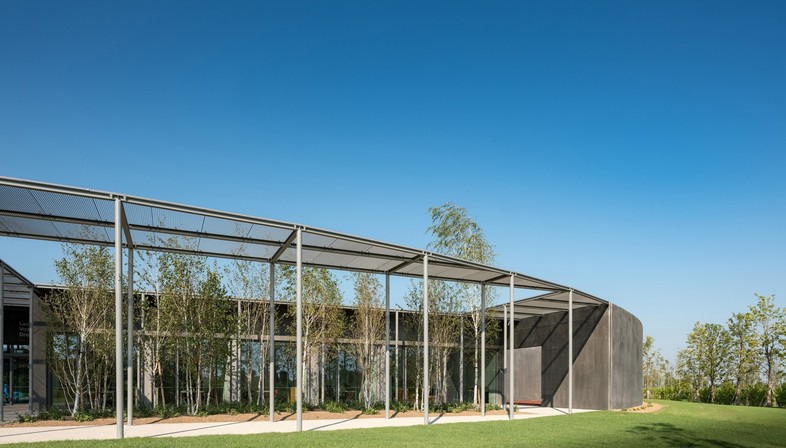 It’s hard to categorise a vast, in-depth project as the one completed recently by ZAA Zanon Architetti Associati for l’H-Campus in Roncade, in the green countryside of the province of Treviso, in Italy’s Veneto region. As an expansion on a pole of innovation, by definition it has blurred functional boundaries, and architects Mariano Zanon, Alessio Bolgan and Bruno Ferretti represent this perfectly in their blend of new constructions and rural landscape.
According to the motivation of the judges who awarded the 2020 Premio Architetto Italiano to the project, “Under the large roof, closed spaces alternate with squares overlooking large green areas. The complexity of the system is contrasted by the lightness of the buildings and the clarity of the system”.
There are no fences, no clear boundaries for those passing through other than the streets, such as the road along the River Sile, between the Venice lagoon and the city of Treviso, and the rhythm of farmers’ fields, vineyards and strips of woodland. The word campus, borrowed from the English language, is perfect in this case, where greenery is not used to fill in gaps or connections between constructions, but built spaces are organised within a vast rural territory, with lightweight infrastructure and ecological vehicles providing links consistent with the site’s natural environment. “ Landscape has guided architecture and technical choices, not vice versa,” point out the architects.
H-Campus is a new complex intended primarily for research and training near H-Farm, a company established in 2005 to support creation of new business models and digital education for young people and enterprises. Some figures: the new campus measures approximately 30 hectares, with about 42,000 square metres of buildings (the built portion is only about 10% of the area) for about 3000 people and more than 40 hectares of parkland and woods. The campus is divided into eight blocks, consisting of a reception building, three buildings for the school and advanced education, with sporting facilities, offices and student apartments. Lastly, the central volume is a multipurpose public space for hosting events, with a restaurant, library and conference hall, designed in partnership with Richard Rogers’ studio Rogers Stirk Harbour + Partners.
In the context of a territory currently exploited with intensive agriculture, the project aimed primarily to restore the spatial rhythm, alternating small built portions with large agricultural areas, using elements typical of this rural context as its lexicon. The straight lines of hedges, grapevines, dirt tracks and roads alternate with woodland areas, while the flat surfaces of meadows, vegetable plots and fields of various crops separate the differences in elevation created by reservoirs and ditches, or by embankments and troughs. With this abacus of elements, in the H-Campus project the architects offer continuity in the interpretation of the landscape, and their formal architectural choices leave no room for grandstanding that has nothing to do with the countryside and its history.
Introduction of stands of trees restores the diversity of landscape and plant species compromised by industrial agriculture. It also has an impact on the microclimate and reduces energy consumption in buildings, thanks to the direct impact of the presence of vegetation on the motion of air and the intensity of solar radiation, mitigating temperature and humidity.
In architectural terms, the decision not to build any higher than two levels is important, matching the height of the existing elements in the landscape, from warehouses to barns, farmhouses and stands of trees, so as not to create any barriers to the overall view of the countryside.
Some of the abandoned buildings, including a former barracks, were demolished and replaced with constructions of the same volume distributed over the campus, so that the sum total of new constructions is “zero cubic metres”. The campus is accessed via a building on a single level with an overhanging gabled roof located at the intersection of the road now known as Via Sile (historically the Via Annia) with the path from the public parking lot to the east. The campus has two traffic routes, one external and one internal, consisting of partially overlapping one-way roads with a low speed limit: to adapt the campus to a slow pace in accordance with the historic way of life in the countryside, and reduce fuel consumption, the roads are kept narrow, and preference is given to pedestrian paths and alternative forms of mobility. There are footpaths between the three school buildings, the primary school, the secondary school and the university: the idea is that growth is a process of maturation which can be given concrete, physical form, as a path of transition from one place to another, keeping context in mind and learning from it.
The choice of certain building materials, concrete, glass and steel, with finishes and colours repeated in all the buildings on the campus, expresses unity and identity despite the fragmentation of the construction in this rural setting. Slender pillars support lightweight roofs, recalling the arcades of traditional farmhouses: big glazed surfaces ensure enjoyment of views of the landscape and plenty of daylight, whatever activity goes on inside. Special attention has therefore been paid to indoor climate and how it changes over the course of the year, using monitoring systems and taking advantage of the benefits of indoor greenery for optimising energy consumption.
The H-Campus is 85% energy self-sufficient thanks to photovoltaic systems for the accumulation and exchange of energy with the grid. The project included installation of a photovoltaic system totalling more than 1.2 MW, distributed over the roofs of the new buildings, permitting use of renewable, local solar energy to fulfil almost all the building’s energy needs. Scooters and other electric vehicles are available and can be recharged at the electric columns in the parking lot.
All this is even more significant in view of the fact that the residents of bordering municipalities may also access the public park, sports centre, library and services on the campus. 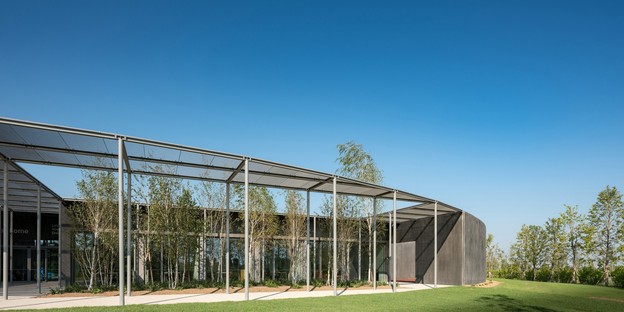 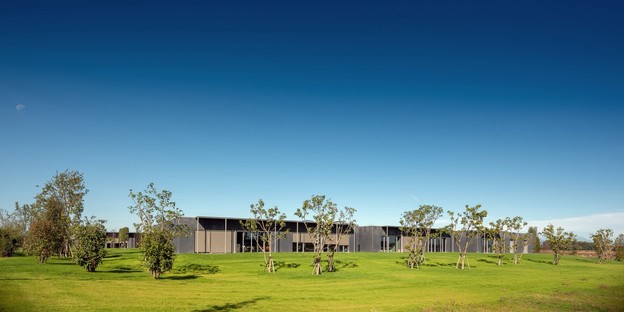 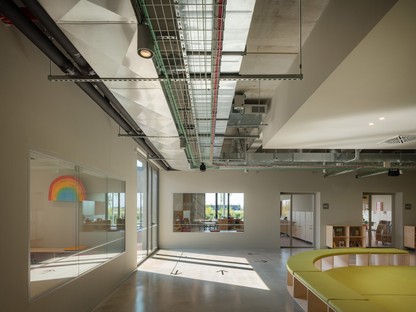 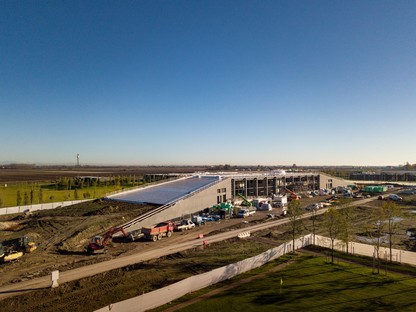 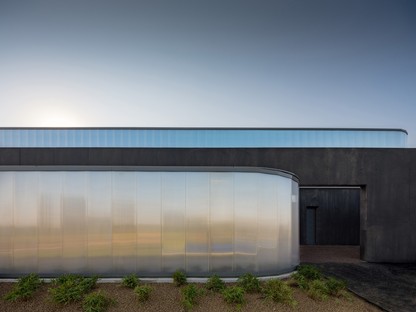 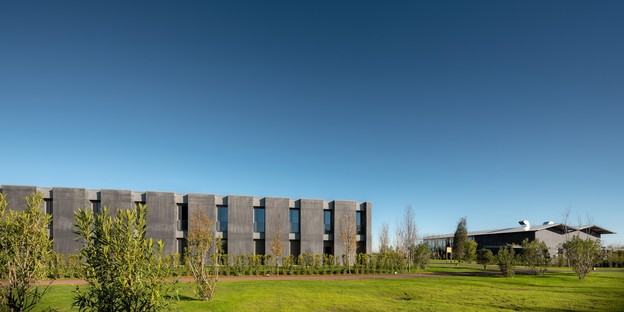 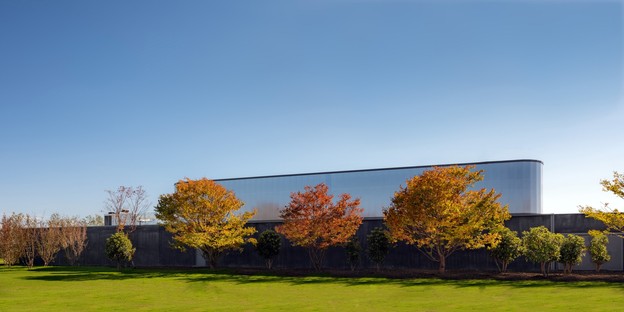 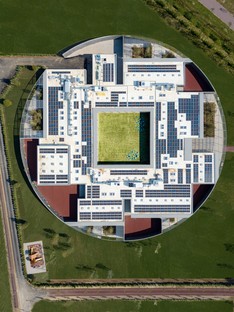 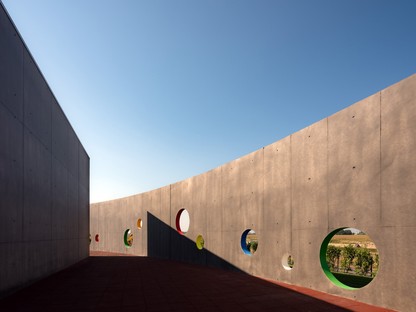 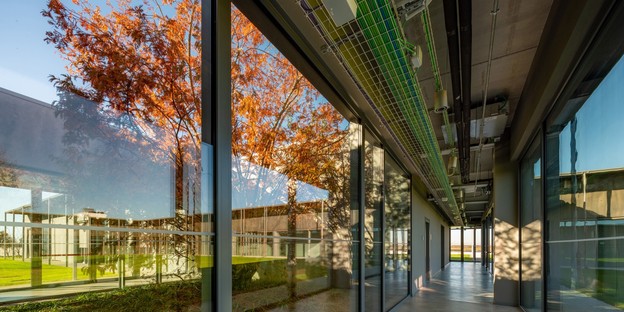 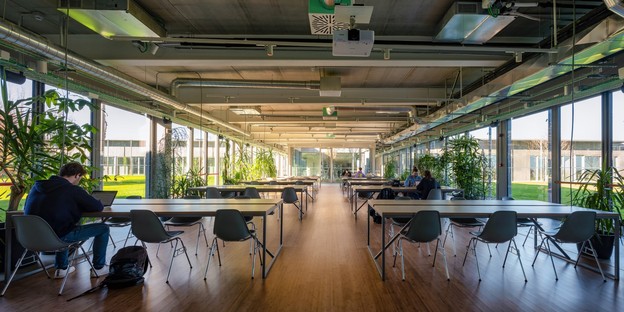 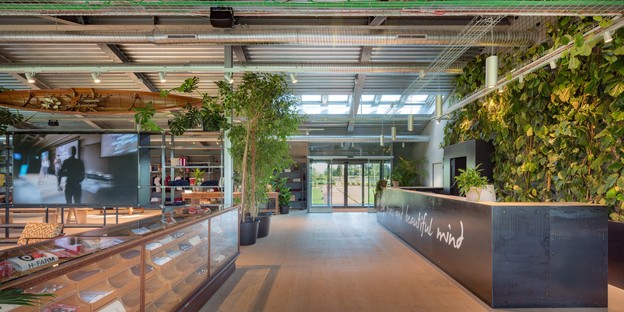 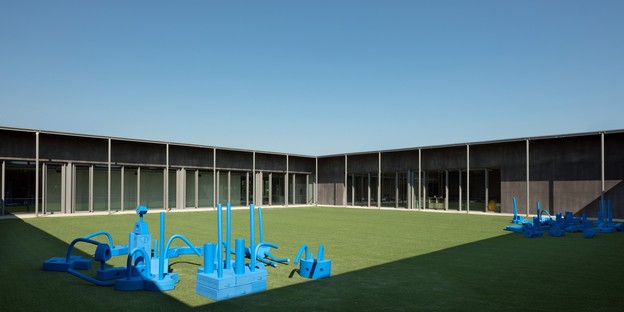 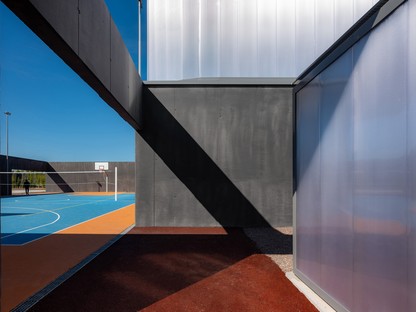 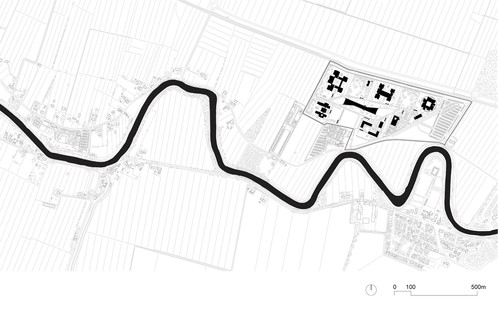 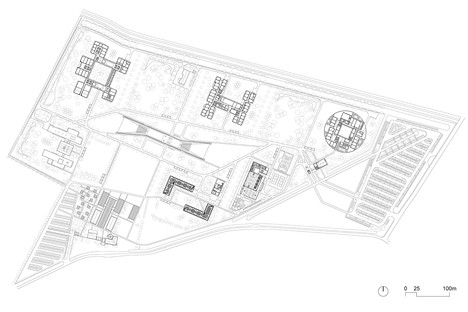 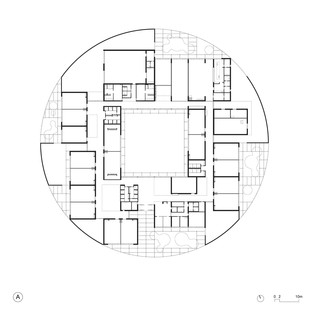 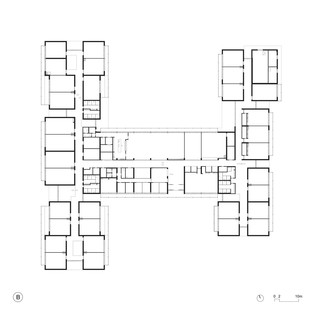 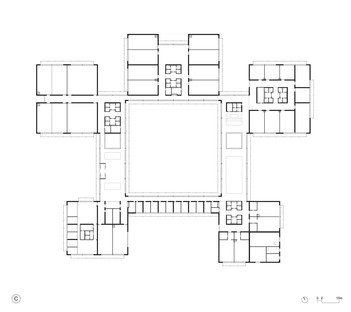 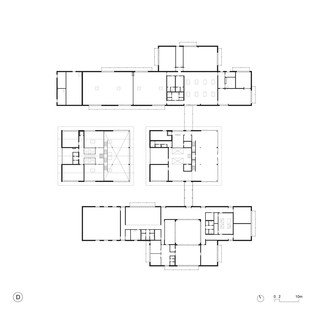 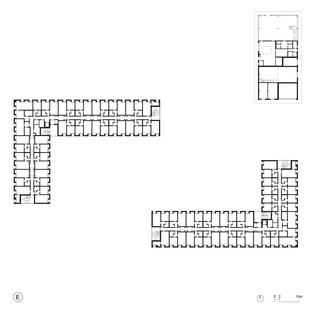 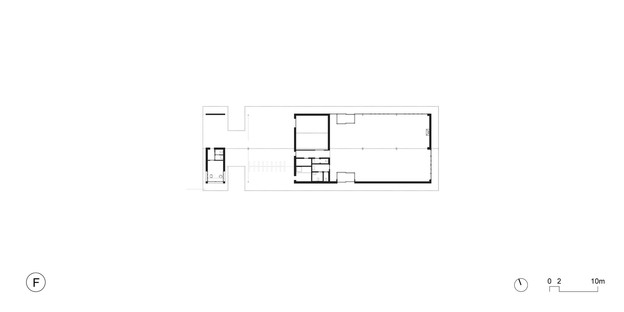 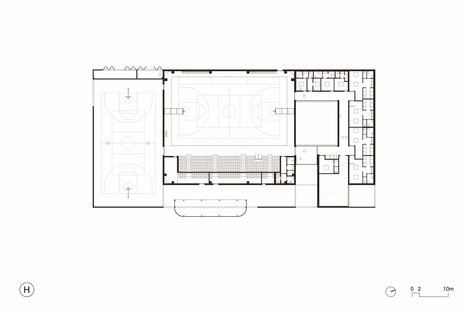 Elasticospa+3: The restoration of a country house in Salice