Stockholm’s Innovationen Tower is OMA’s first building in Sweden, where it re-launches both Neoplasticism and Brutalism 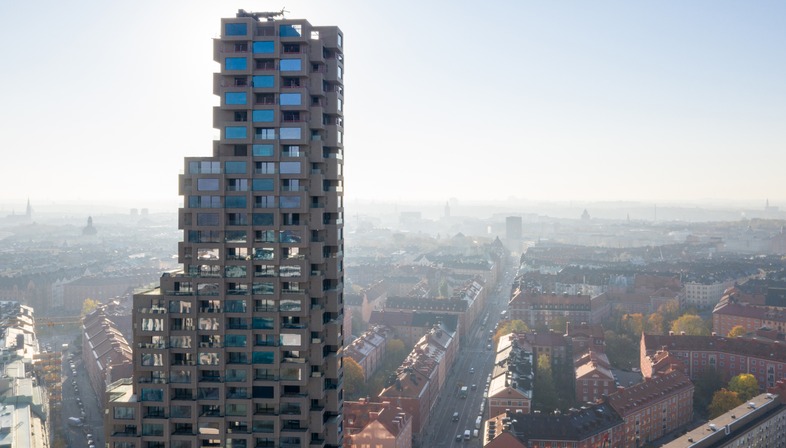 OMA’s first project in Sweden is a prefabricated reinforced concrete apartment block of great architectural and technological quality which some have described as “neo-Brutalist”. The 125-metre tower with 36 floors of apartments rises upwards like a slender stack of prisms, with big windows to let in precious daylight and recessed terraces obtained out of the stepped configuration of its volumes. The Innovationen Tower will be followed by a second tower, the Helix, which will be very similar but not the same, on the opposite side of the street, due to be completed at the end of 2019.

Both towers are made of prefabricated concrete panels with long curved grooves on their surfaces, created when the panels were removed from the formworks. This construction procedure reveals the large aggregate pebbles in the concrete, which is through-coloured in a soft ochre hue. In this way the architects manage to obtain a subtle effect which is unexpectedly soft on the eyes, taking into account that the composition of the volume, in neoplastic style, would otherwise have created a much more vibrant chiaroscuro effect.

The whole building is made of reinforced concrete, with big partitions that not only divide the apartments, but sometimes the rooms within them, ensuring sufficient static stability as the building rises upwards. In this way the building’s structural rigidity is very convenient for its inhabitants, and not only its designers, as oscillation is reduced to a minimum. The penthouses revolve around an inner core containing the staircases and lifts, and play an important role as counterweights for wind load, which, in view of the building’s shape, would have been a very unfortunate ally, while permitting sweeping views across the city below. The choice to use materials representing considerable loads was definitely made to improve the tower’s structural performance, relaunching the Brutalist movement in architecture, which is said to have begun right here in Stockholm. 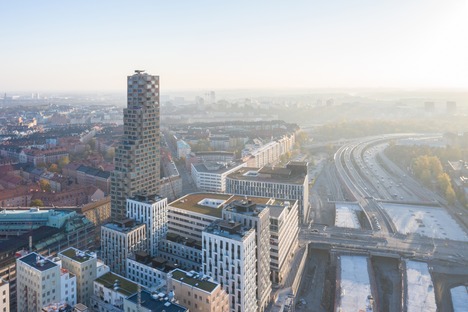 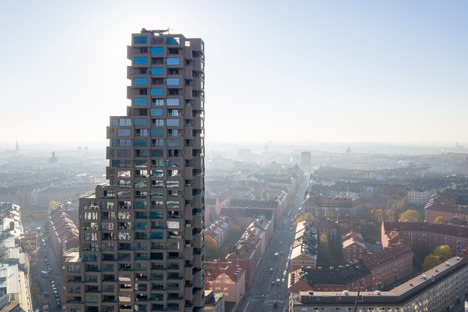 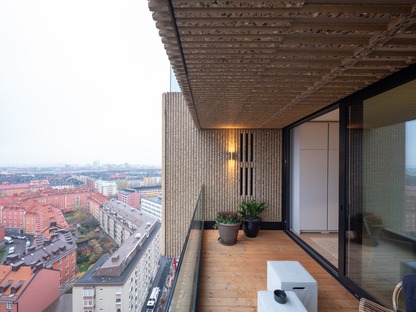 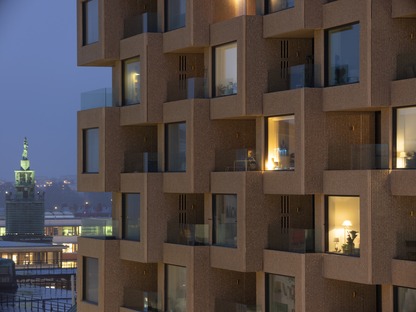 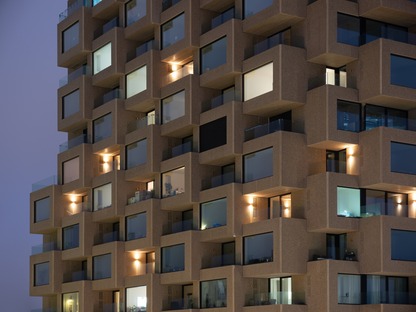 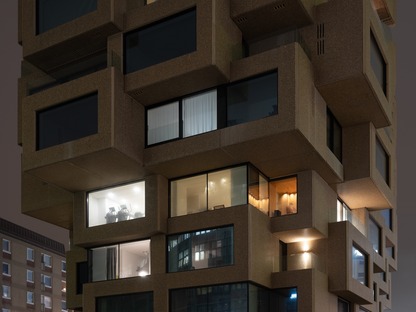 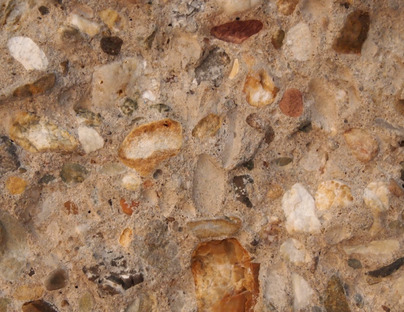 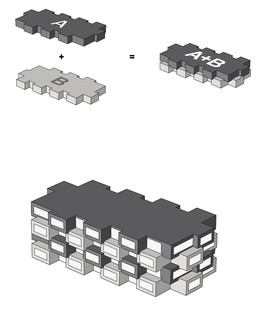 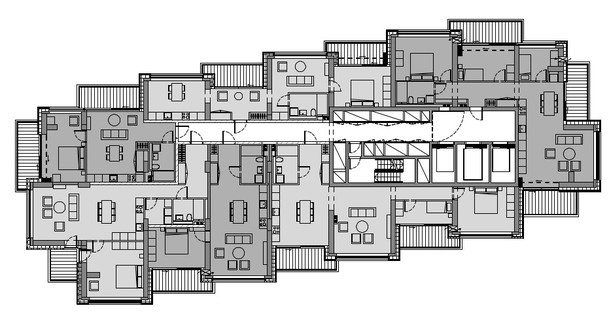 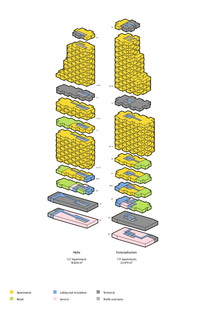 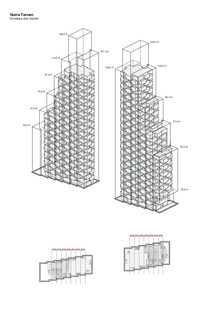 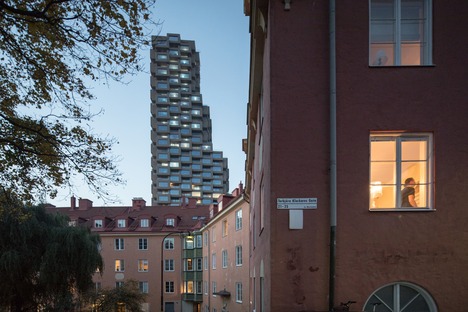 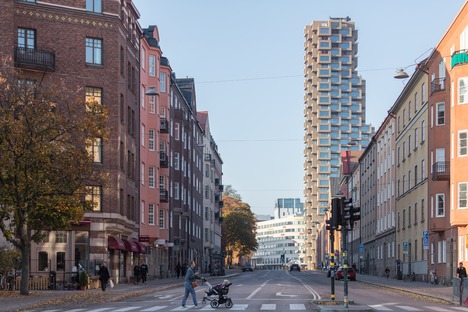 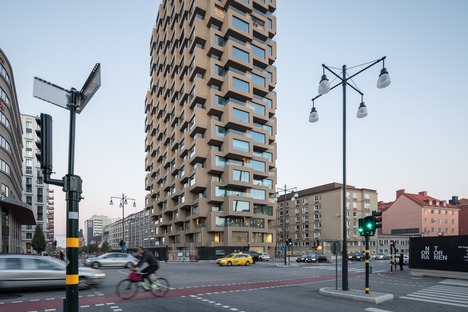 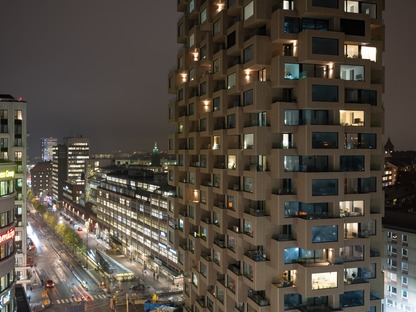 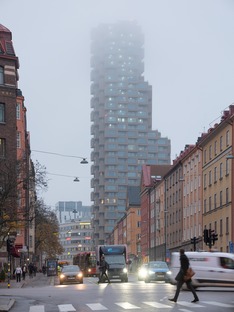 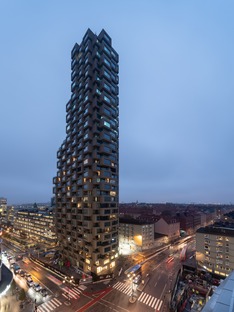 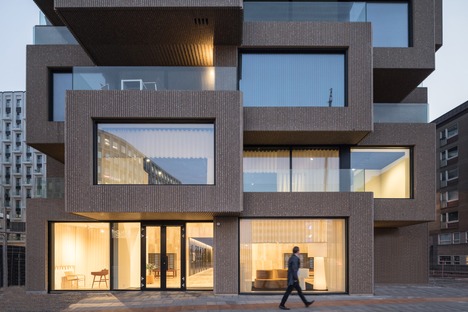 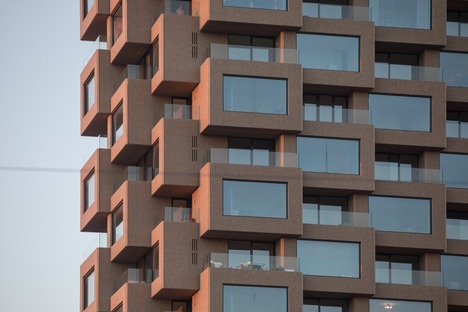