MVRDV’s Depot of concrete with a mirror façade

A storage depot for art which is also a museum, made entirely of concrete and covered with mirror panels. 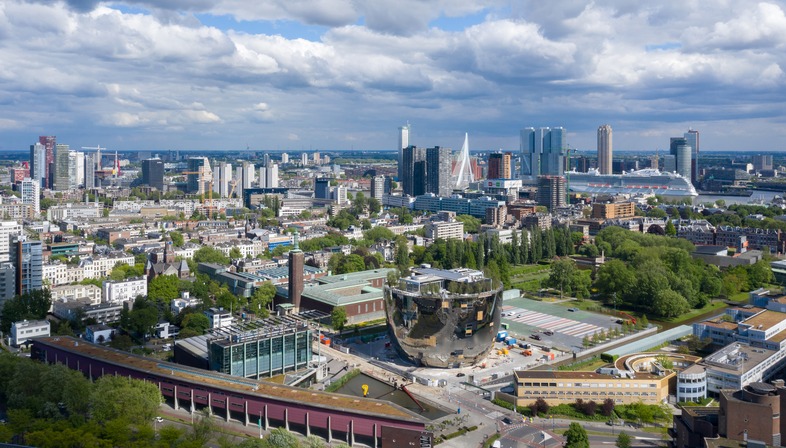 The art depot of the Boijmans Van Beuningen Museum in Rotterdam’s Museumpark is a “big bowl” made of prefabricated concrete covered with a mirror façade.
The 150,000 artworks in the collection of the Boijmans Van Beuningen museum finally have a home, and will be visible to all, as the storage depot where they are kept, designed by MVRDV, will be open to the public. The circular construction curves as it rises, like a bowl; this is actually a design expedient the architects came up with so as not to conceal the concept behind the design, covering the entire structure with 1664 mirror panels, a total of 6609 m2. The panels are not all the same, especially in their capacity for reflection, as the part facing the neurological clinic has a matt finish so as not to disturb the patients. This unusual type of construction is reinforced by a walk-on roof with a garden containing trees and a restaurant 34 metres above street level, a privileged public place from which to enjoy views of the city.
The prefabricated panels making up the outer wall rest on a reinforced concrete ring cast on site with a massive amount of steel inside. This ensures that the static circular system acts as a slender freestanding vault, supporting itself as it rises upwards, a technique exploited in the construction of the facility.
The building’s internal structure is partially independent of its outer walls, though it aids the static closure and rigidity of the building’s outer skin through the intermediate beams and floor slabs.
It is also worth noting that the depot, as it is not required to be an actual museum, did not need windows to light up the artworks. And as it has to contain artworks of different types and genres, the entire building is designed to be subdivided into five different areas, where artworks are stored without a true critical museographic installation.
Each storage space inside it is therefore organised into separate climate zones, subdivided on the basis of the materials used to make the artworks: metal, plastic, organic/inorganic materials, and photographs. In view of this layout, the technical installations are also organised to reach all these areas without allowing their different climates to interact. 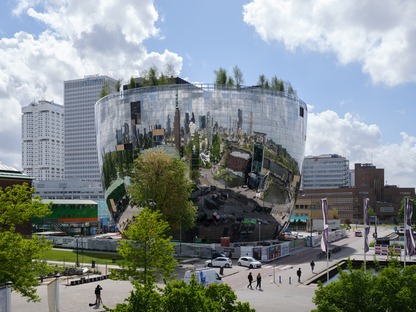 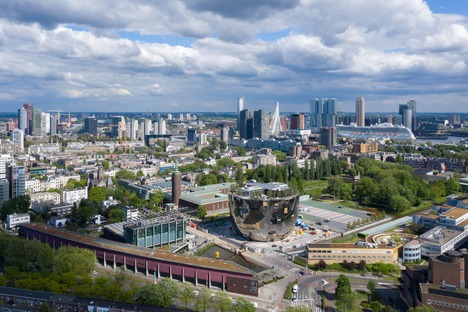 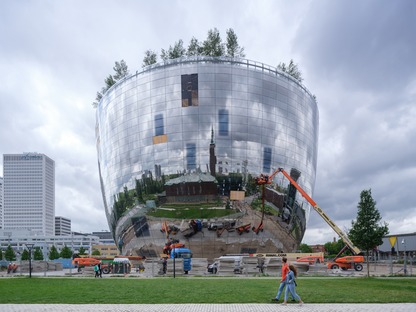 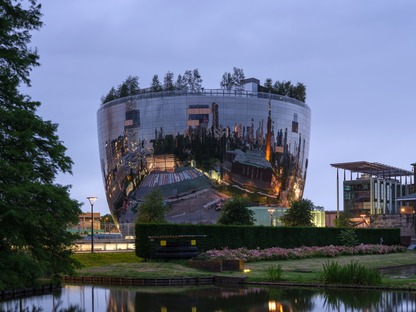 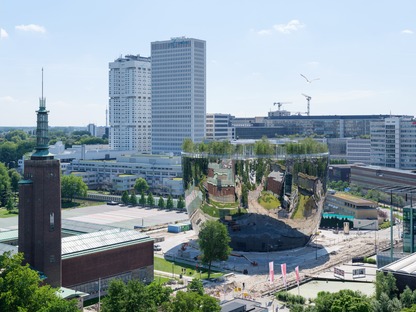 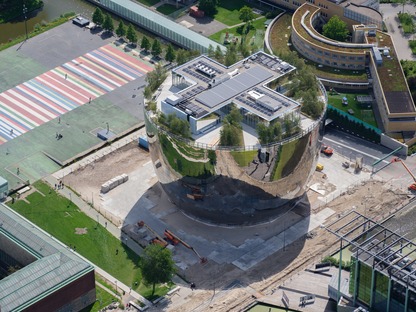 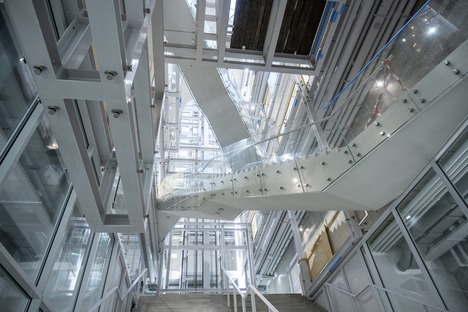 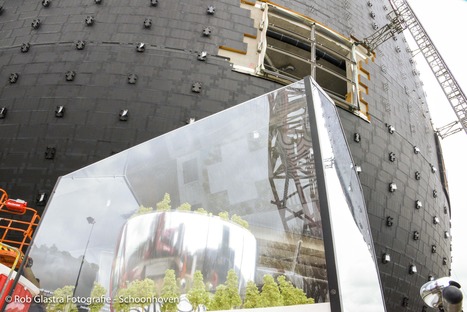 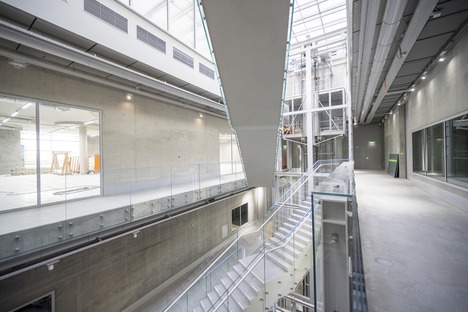 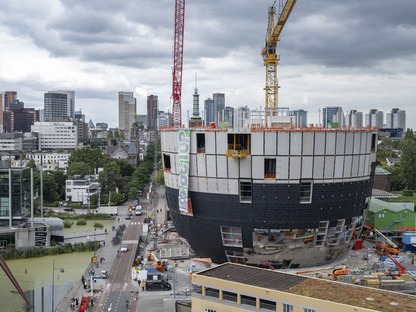 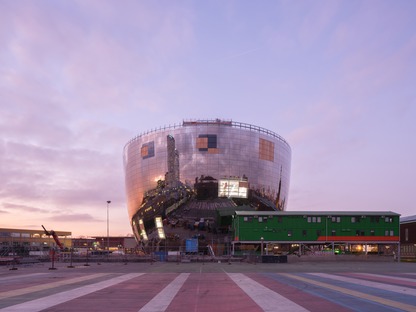 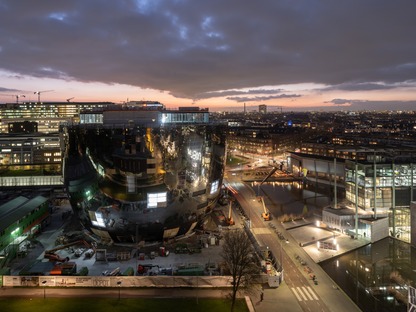 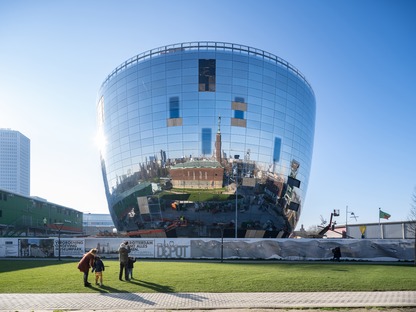 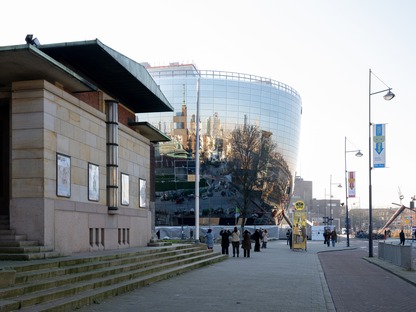 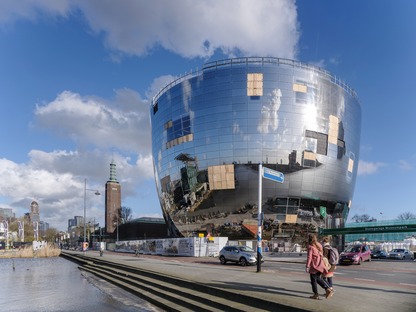 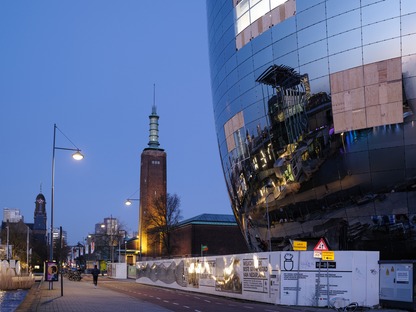 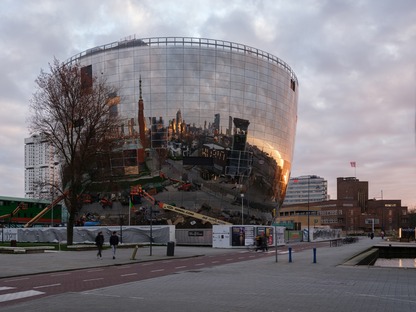 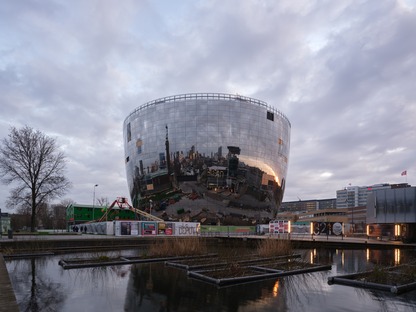