In Parisâ' Bercy district, in an area that runs along the railway, the Brenac & Gonzalez & Associés studio has designed and completed the Archimède project. The building with new offices and a gymnasium occupies only part of the lot, leaving a new and unexpected green space for the whole neighbourhood to enjoy. Inside, the large Calacatta Maximum marble slabs supplied by Fiandre Architectural Surface contribute to amplifying the brightness of the transit areas and of the entrance hall. 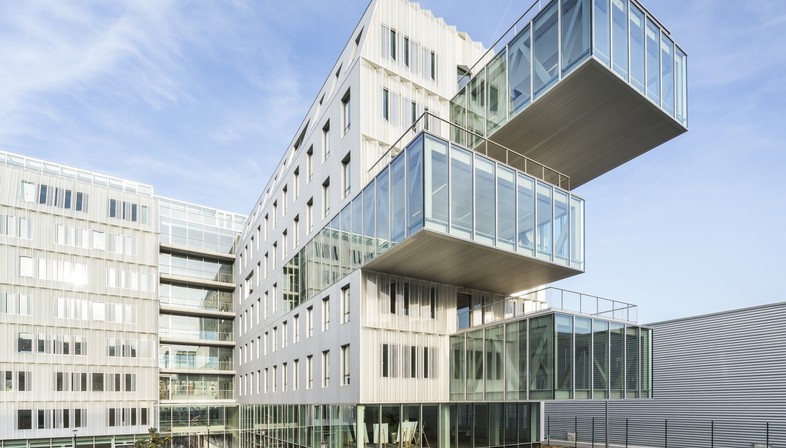 Archimède is more than just a building. The architecture conceived by the Brenac & Gonzalez & Associés studio for the Bercy-Charenton ZAC ("zone d'aménagement concerté") is in fact an interesting urban project, brought to completion with great attention to every detail and choice of materials. For example, the use of large Calacatta Maximum marble slabs supplied by Fiandre Architectural Surface, which contribute to amplifying the brightness of the transit areas and of the entrance hall.
The design included offices and two school buildings: the renovation of an existing building and a new gymnasium. The site, a lot near the railway line that extends around a closed road, meant that a lot of thought was given to the management of the urban void. The architects found themselves facing an interesting set of problems: on the one hand a 19th century neighbourhood characterised by buildings that respect the road alignment and monumental public buildings, a general feature of Parisâ' urban heritage; on the other, the impulse of a contemporary city where sharing and the use of the “urban void” are promoted. The result is a building that responds to the clientâ's requests, while at the same time offering a new and unexpected green space for the entire neighbourhood to enjoy. 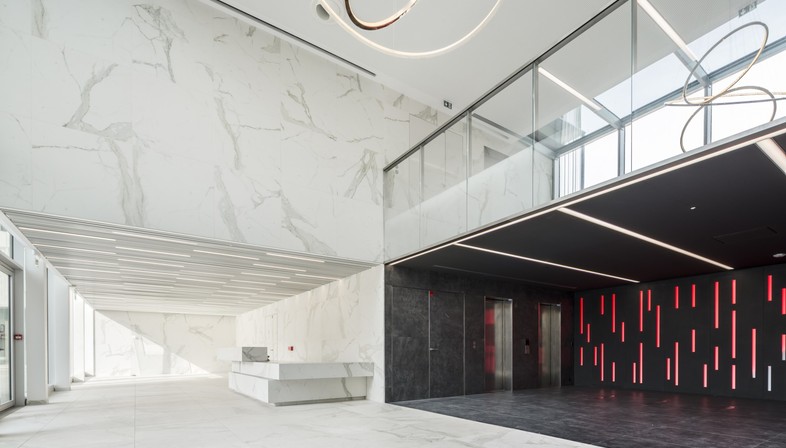 The architects provided a practical example of how a good architecture can fit harmoniously within a dense and problematic urban context, significantly improving it for everyone concerned. Through the design of a building, a new urban space was created, giving value to the context to which it belongs and finding answers for many unresolved issues.
The examples are countless and, as in a large puzzle, all the elements fit together perfectly. The building, for example, extends parallel to the railway line, becoming an urban front, an acoustic screen that protects the residential buildings behind from the noise of the trains. At the same time, the skyline of the closed road, Rue Gerty Archimède, is not obstructed by the new volume, as the architects placed the body of vertical connections, made entirely of glass, along this axis. Yet visually, the movement of users through these transparent pathways creates kinetic lines that overlap with those of the trains on the railway lines below. 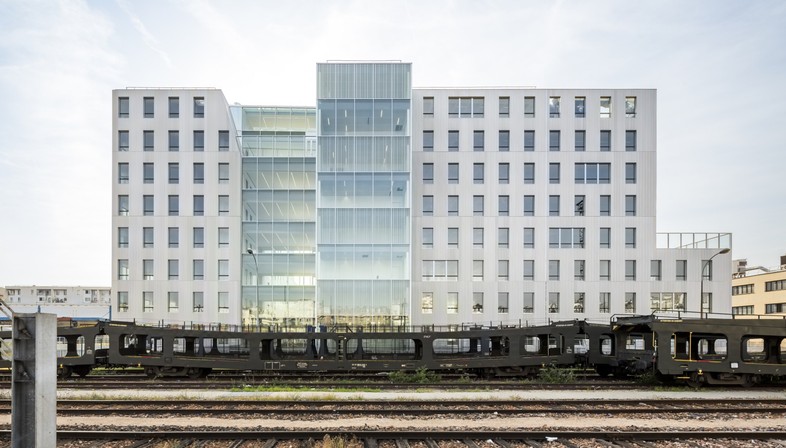 The shape of the building is precisely the result of this so-called urban re-stitching work carried out by the architects. The façades have been differentiated according to their orientation. To the South, the design offers large openings, where protection from direct sunlight is entrusted to a double skin in screen-printed glass that lightens the volume. The façade is perceived as an evanescent and continuous network that plays with the light, reflecting the garden below. To the North, the façades are covered in extruded metallic profiles which, with their vertical rhythm, tie in with those of the South façades, giving a coherent image to the overall design and, at the same time, attributing the façade those evocative proportions typical of the Haussmann style characteristic of Paris. 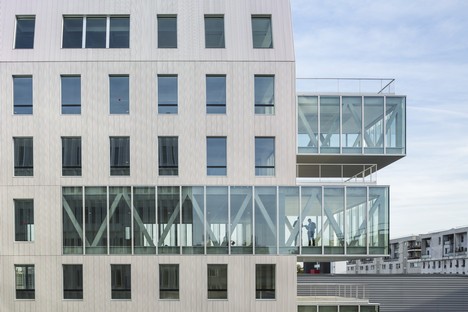 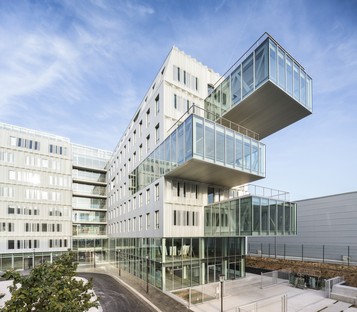 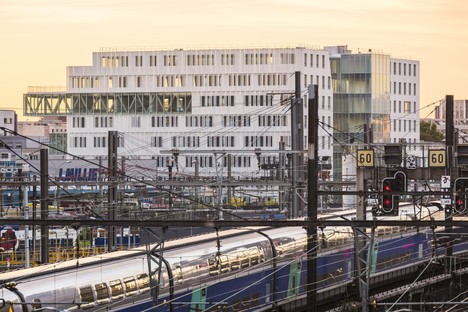 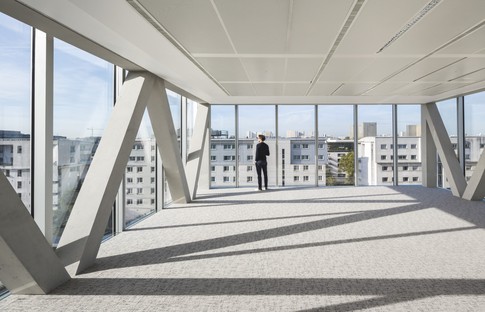 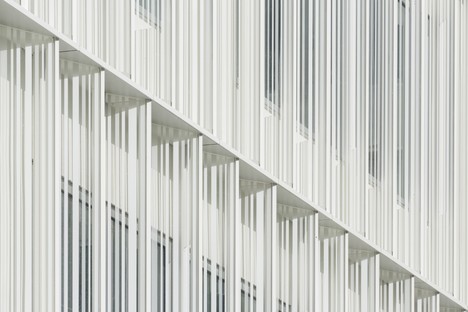 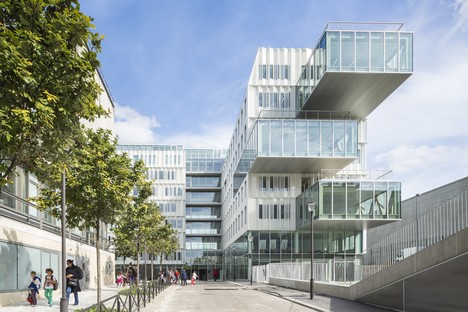 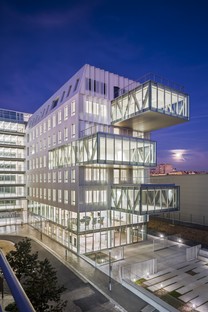 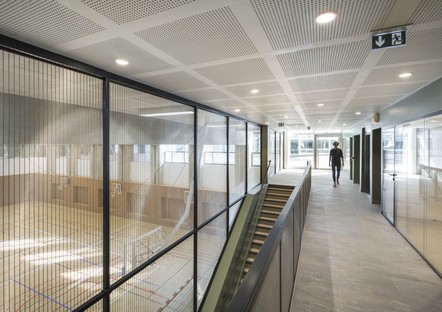 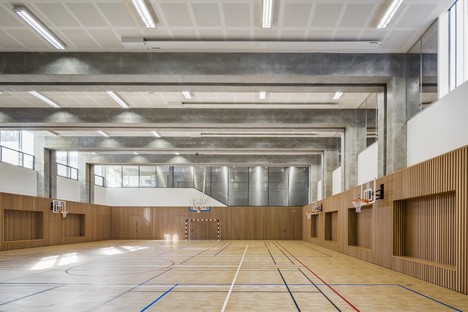 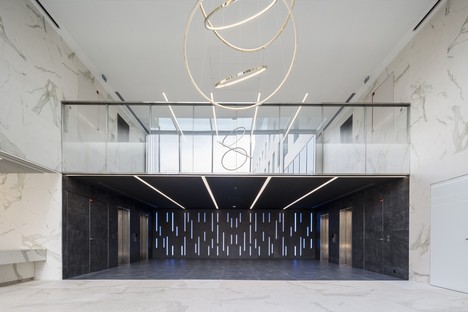 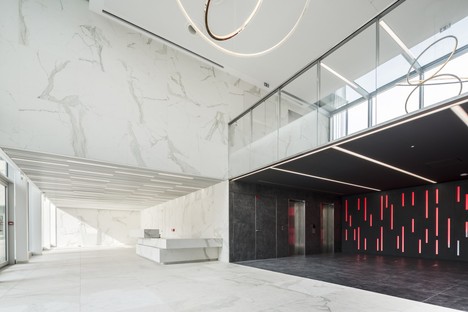 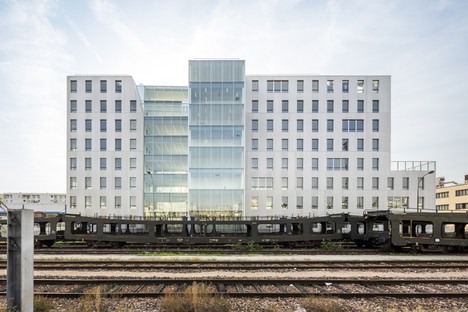