The architects from the Architectural Design and Research Institute of Zhejiang University (UAD) designed a large, multipurpose cultural complex in the southeast China city of Yiwu. An opportunity to create a new image of the city. 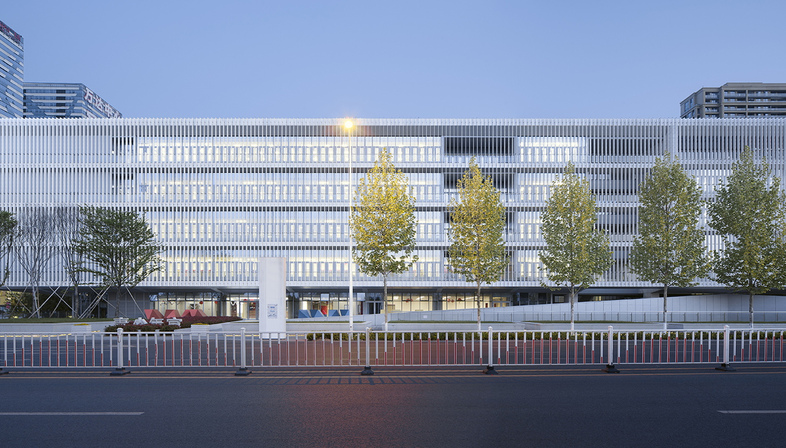 Located a little over an hour away on the bullet train south of Shanghai, Yiwu, an inland city of 1.2 million people is known as China’s “Christmas Village” because it reportedly produces nearly two-thirds of the Christmas decorations consumed worldwide. This highly developed economic structure is reflected in the built urban landscape that is home to a large number of homogenized, small-scale, high-density buildings. What was lacking - and what the local community really wanted - was a landmark for their city, in addition to outdoor spaces for public activities.
This is the backstory behind Yiwu Cultural Square by UAD, the Architectural Design and Research Institute of Zhejiang University, in the capital of Zhejiang province, where Yiwu is also located.
The key considerations of the design team in their approach to this large multipurpose cultural complex (the gross interior and exterior area totals 80,000 square metres) focussed on how to aptly convey respect for the local culture, and at the same time express the modern aspect of the emerging city, without hurting the traditional sentiments of the local community. This desire for balance resulted in an integrated whole, incorporating and coordinating complex functions inside a minimalist architecture that also stands out from the city’s other buildings, making it a real landmark.
The project inherits the courtyard-centred spatial layout of traditional Chinese architecture.  Instead of making the focal point a grand indoor hall in the centre of the building, the architects designed everything around a multi-dimensional courtyard. Here, ramps and wide steps stretch up from the sunken square to the rooftop garden that rewards climbers with scenic views of the Yiwu River, Diaoyuji Park and Lion Mountain. The architects based their concept on the techniques used for the spatial organisation of traditional Chinese gardens. The functional areas - theatre, fitness centre, youth centre - are neatly arranged around three sides of the courtyard, while the fourth side is the main entrance with a huge cloud-shaped roof that looks like it is hanging in the sky.
The urban stage under this vast roof is the most popular with citizens, where they are protected from wind and rain and can also enjoy a good view of the river and the bustling urban landscape. The perfect place for physical exercise in the morning like Qi Gong and Tai Chi.
The team from UAD, therefore, worked elements of traditional Chinese culture into their design to create a contemporary space that everyone connects with. The customised “Yiwu Red” colour of the corbels under the eaves changes with the light. In normal conditions they are vermilion and when lit from certain angles they present a golden hue, becoming a symbol of the city’s new dynamic. At nightfall, the facade of the centre on the river turns into a giant screen, made even more glamorous by the reflections off the Yiwu River.
The Yiwu Cultural Square in UAD is a significant example of placemaking based on the needs of citizens, with respect for their history and customs, thereby becoming a true urban hub. 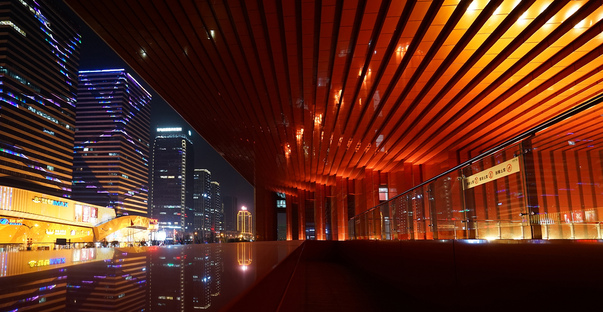 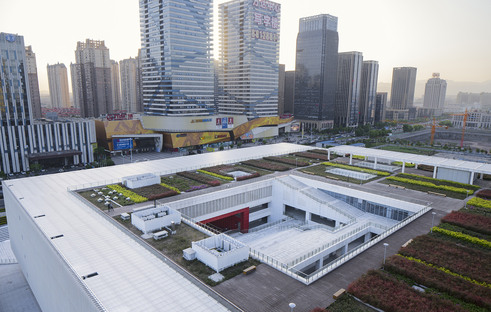 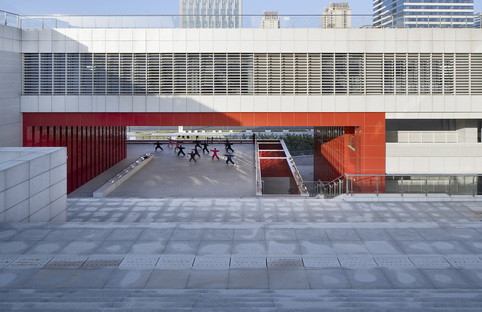 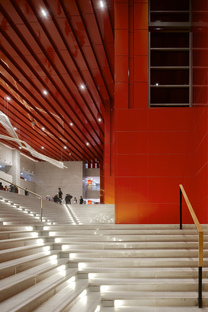 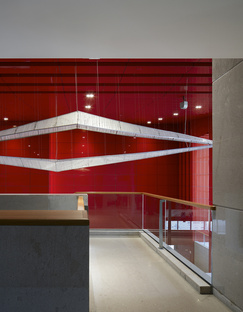 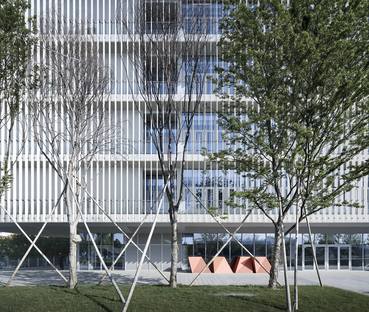 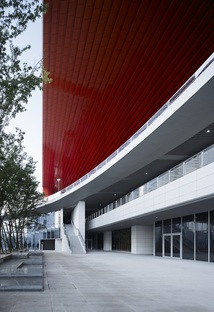 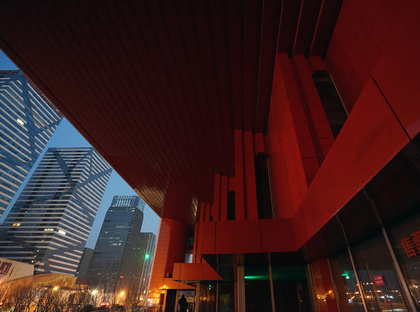 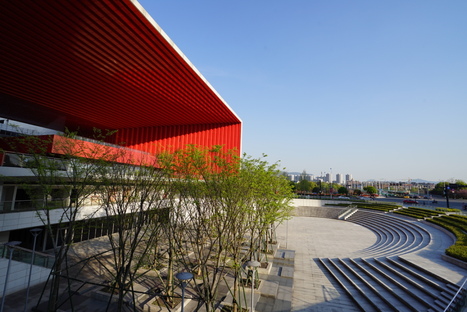 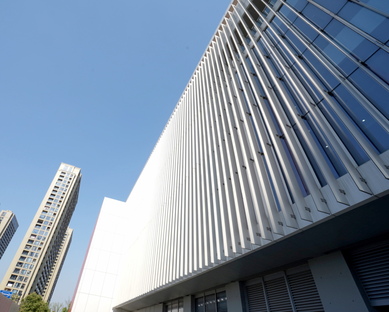 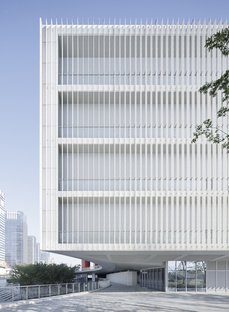