The new underground line in Düsseldorf, the Wehrhahn-Linie, is one of Düsseldorf's biggest public works in recent times. 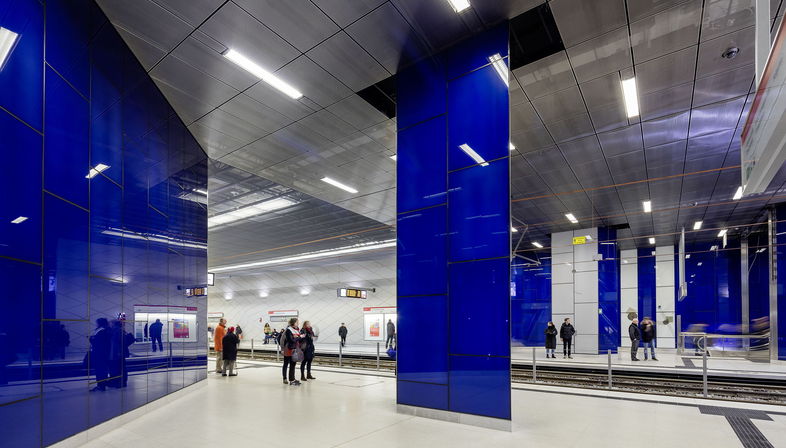 The new underground line in Düsseldorf, the Wehrhahn-Linie, is one of Düsseldorf's biggest public works in recent times. It combines art and architecture in six stations for an advertisement-free travel experience.


The Wehrhahn-Linie opened exactly one year ago in Düsseldorf, an underground line whose concept included from the outset artists who were tasked to do their magic in the six stations.
The project's aims at setting up a new perception of urban spaces - or rather the “non-places” that they are so often reduced to, underground stations in particular - although there is a current global trend to make more of them, both to make using public transport a better experience in general and to assure that the stations themselves are safe and vandal-proof, as we saw in Naples (link) and more recently in New York.
The project in Düsseldorf dates back to 2001 when the netzwerkarchitekten architecture firm with artist Heike Klussmann won the Europe-wide, two-stage design competition called for all six stations. Together they developed the general concept of an art gallery for the U-Bahn as an “underground continuum”, like a giant snake as it slithers across the earth, widening at the respective stations.
During the second competition in 2002, artists Ralf Brög, Ursula Damm, Manuel Franke, Enne Haehnle and Thomas Stricker were selected to create a specific design for each station, together with the architects. Heike Klussmann undertook the design of the sixth station.
The close collaboration between netzwerkarchitekten and the individual artists created a real “Gesamtkunstwerk” or total artwork that greets travellers with large, brightly lit spaces, which are completely different from the stereotypes of the underground. Gone are the long, dark tunnels to get to platforms, replaced by generous sightlines, easy orientation and as much natural light as possible, all by the artists, each one with their own oeuvre and genius, and without other visual contamination, including advertising. The six stations of the Wehrhahn-Linie do without billboards and banners, so passengers can take time out and detox from the overstimulating visuals of our world.
Travelling on the Wehrhahn-Linie means you can relax too - just one more reason to use public transport! 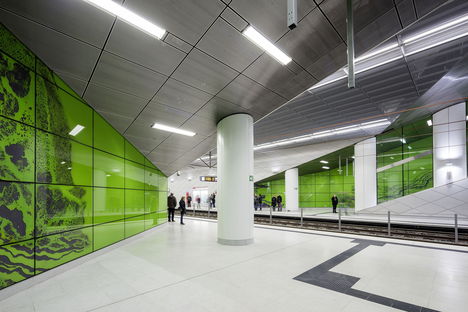 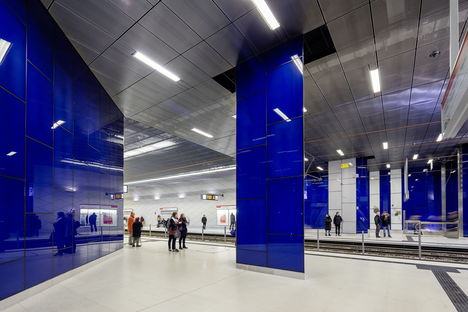 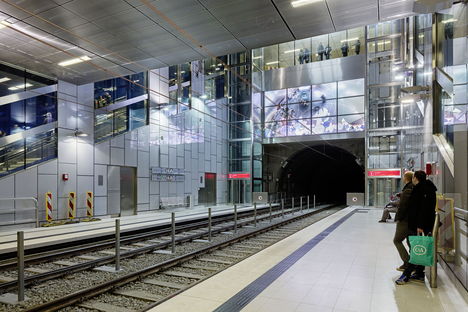 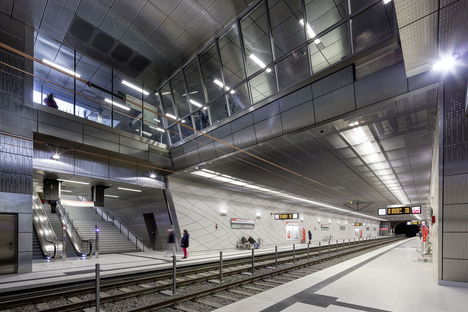 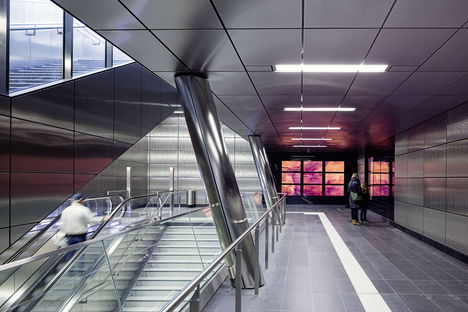 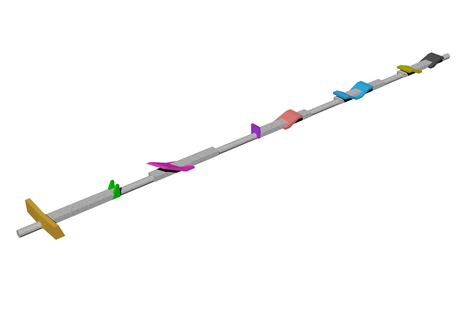 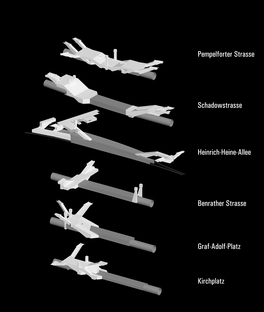 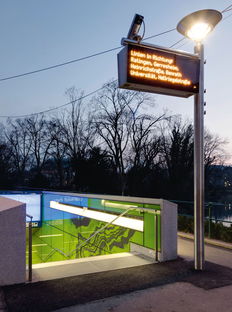 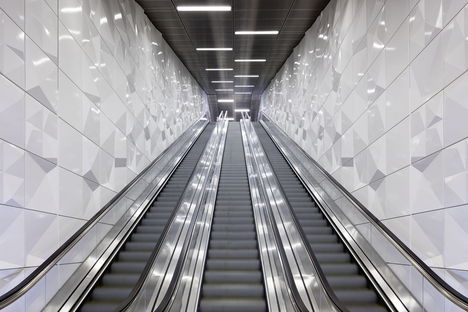 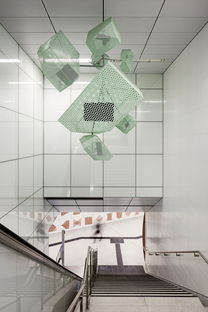 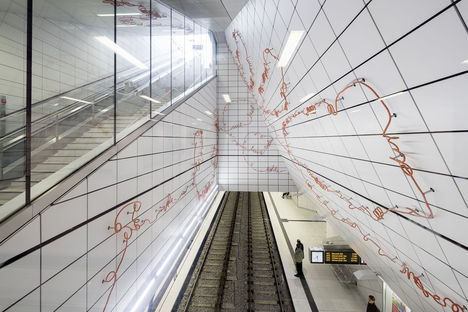 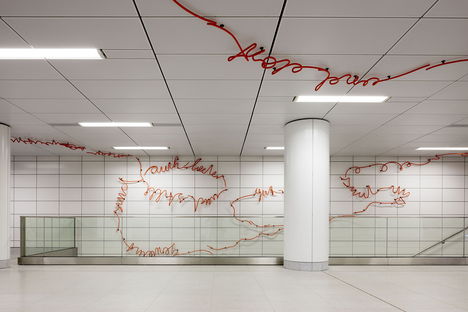 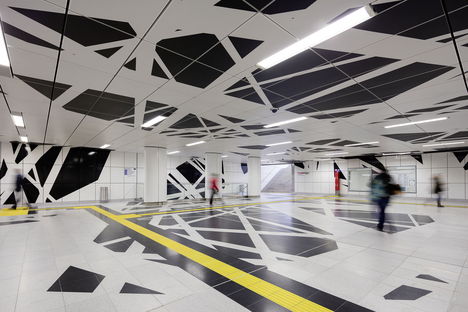 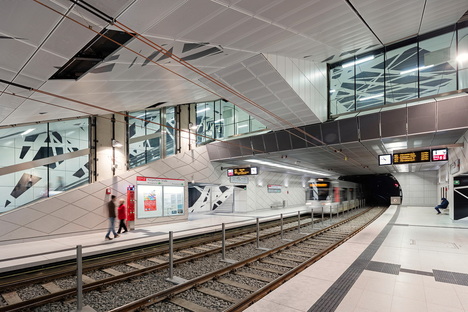