The beuys 2021. 100 jahre joseph beuys programme includes a number of exhibitions and initiatives exploring the fascinating, controversial ideas of one of the most influential artists of the 20th century, including the exhibition entitled “Everyone Is an Artist. Cosmopolitical Exercises with Joseph Beuys” at Kunstsammlung Nordrhein Westfalen in Düsseldorf. 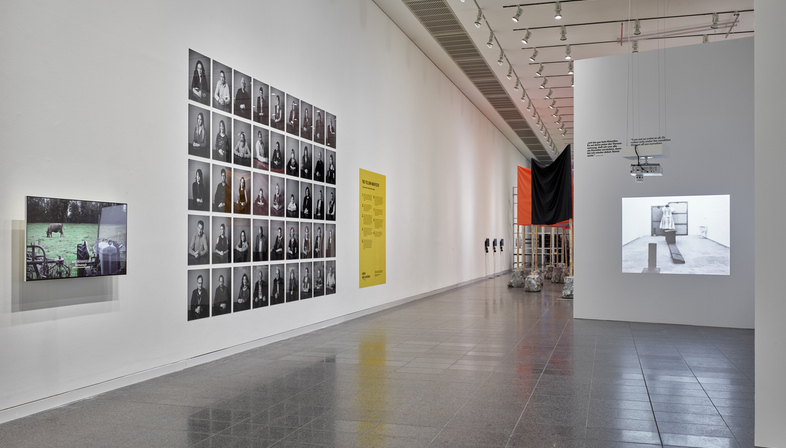 There are some artists who truly make their mark. German artist Joseph Beuys (1921-1986) is one of these: he fundamentally changed the art of the twentieth century as a draftsman, sculptor, teacher, politician, and activist, as well as action and installation artist. His works include 7000 Oaks in Kassel, begun with documenta7 in 1982 and posthumously completed during documenta8 in 1987: a “green” project ahead of its time in which the artist redefined urban space. A one-of-a-kind artwork in space and time, unique in its concept, implementation and impact, incorporating the vitality of so many people that it came to stand for social sculpture, illustrating why Beuys’s influence is still felt in artistic and political discourse today.
In 2021, the centennial of the artist’s birth will be celebrated with opportunities to rediscover his complex body of work, critically interrogating it in parallel with its international importance.
In this regard, the exhibition Everyone Is an Artist. Cosmopolitical Exercises with Joseph Beuys in wing K20 of the Kunstsammlung Nordrhein-Westfalen, the art collection of North Rhine-Westphalia, the German Land where the artist was born, offers profound insight into his cosmopolitan thinking as manifested in his actions. As an acting, speaking, moving figure, Beuys explored the central and radical idea of his expanded concept of art, summed up as "Everyone is an artist”. The goal of his universalist approach was clearly to renew society from the ground up. This is why, more than any other artist of his time, Joseph Beuys connected art with social processes, presenting his universal concept of art as a creative, transformative force within politics, science, philosophy and economics. Because, as he said: “art is the only evolutionary-revolutionary power”.
The exhibition at Klee Halle in K20, with an installation by raumlaborberlin, is divided into 12 chapters, exhibition landscapes in which Beuys’s actions and activism become the subject of an exhibition for the first time, objectifying the performative potential of his art, and his almost ritual action, as well as the way it transformed objects and materials. The actions of making art are presented in the form of videos and photos generating fruitful dialogue, an exchange of ideas responding to the appeal for a "permanent conference" which Beuys so strongly promoted.
This confrontation of discussion is manifested in an exhibition that is open but structured into niches of rooms, each with its own individual flavour. The little rooms allow visitors to create multiple visual links among Joseph Beuys’s multi-layered actions and between them and contemporary voices, illustrating how today’s artists and representatives of diverse aspects of society can build transcultural dialogue with the artist. Names that pop up frequently include Patti Smith and Edward Snowden. On the whole, visitors, as active participants in perceiving, thinking, speaking, hearing and acting, are invited to explore the transformative power of art, just as Beuys would have wanted.
Everyone Is an Artist. Cosmopolitical Exercises with Joseph Beuys is part of a series of initiatives in about 25 institutions in 13 German cities marking the centennial of the famous “man with the hat”.
Concluding with a bit of trivia, the artist’s trademark felt hat was not actually an eccentricity, but a way of covering up a bad scar from World War II. 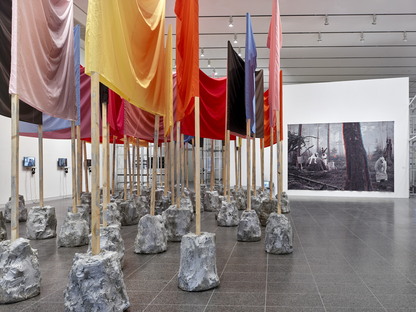 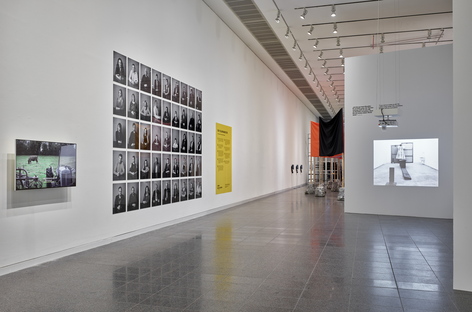 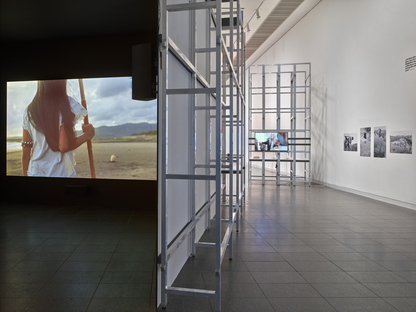 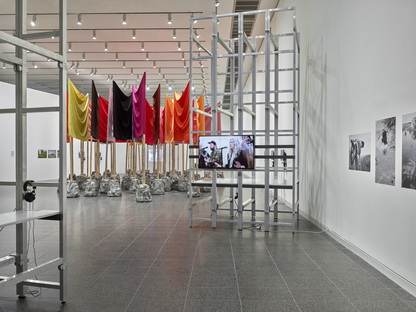 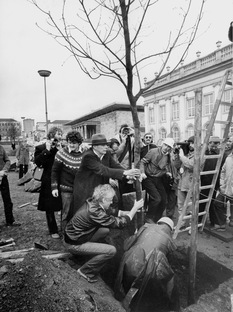 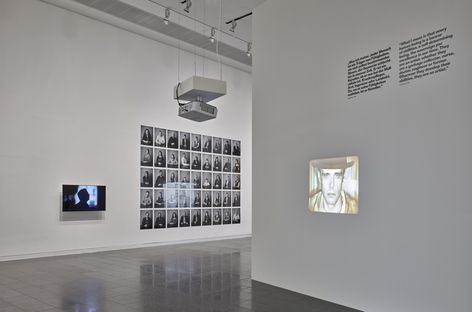