Designed by New Zealand-based architects Warren and Mahoney, alongside Boffa Miskell and the Well Connected Alliance, the structures of the Waterview Connection are crafted to reflect the city’s distinct volcanic landscape and Māori culture, putting people rather than cars at the forefront of its design. 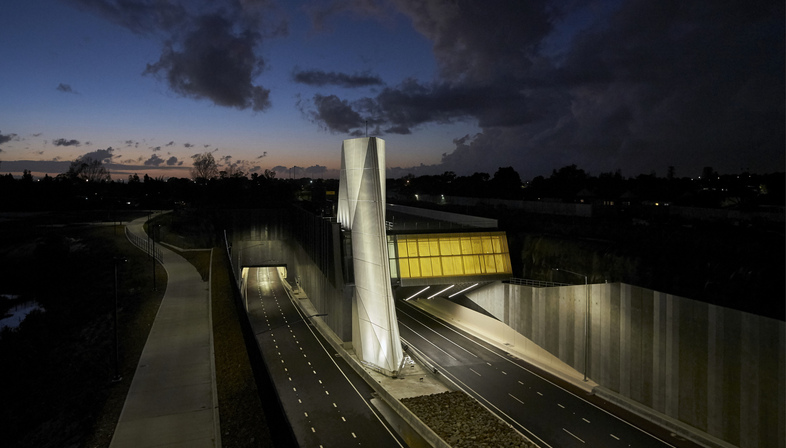 Designed by New Zealand-based architects Warren and Mahoney, alongside Boffa Miskell and the Well Connected Alliance, the structures of the Waterview Connection are crafted to reflect the city’s distinct volcanic landscape and Māori culture, putting people rather than cars at the forefront of its design.


Whether we like them or not, infrastructures like motorway bridges are a necessity in our modern world of motorised travel. Still, however impressive they may be, they rarely get the general public all that excited. One reason being that these major interventions all too often fail to take into account the needs of people who don't drive and who can't walk or cycle to wherever they want to go because of the high-speed road link.
But then a project comes along that is completely outside the box, like the Waterview Connection in Auckland. Designed by Warren and Mahoney, together with Boffa Miskell and the Well Connected Alliance, it is so much more than twin tunnels and connecting infrastructure. It introduces a new blueprint, an innovative concept for the urban environment, making it accessible to everyone, with or without a car.
Warren and Mahoney’s Tom Locke says that it was a six-year participatory process involving more than 10,000 people. A conscious choice that enabled them “... to combine our understanding of built structure with the values and needs of the community.” Significantly, the project is based on respect for the environment and listening to the stories of the people as well as preserving history, positively contributing to the surrounding environment.
So, in addition to a foot bridge and a road tunnel they also built trust and comprehension between the various stakeholders, taking the design to the next level to focus on the local community, with green spaces, walking tracks, children’s playgrounds and a network of shared paths for cycling and walking.
Certain aspects of the motorway corridor, including the retaining walls and structures, were designed to closely reflect the nearby landscape and Māori culture. Retaining walls and building facades reference the striated basalt columns from the lava flows which criss-cross the site while the ventilation stacks are inspired by the angular, faceted forms of Māori agricultural tools. The tunnel entries are also marked with Māori symbols as places of significance in the land, and also feature artwork and sculptures.
The Hendon pedestrian bridge, Te Whitinga, references Auckland’s volcanic cones and dramatically stitches back together a community that found itself on either side of the motorway.
Waterview Connection opened to excited acclaim in Summer 2017, something which the architects put down to extensive community involvement, stressing the importance of the participatory element to the acceptance of this type of architecture.
Waterview Connection is shortlisted for an award at next month’s 2018 World Architecture Festival (WAF) in Amsterdam. 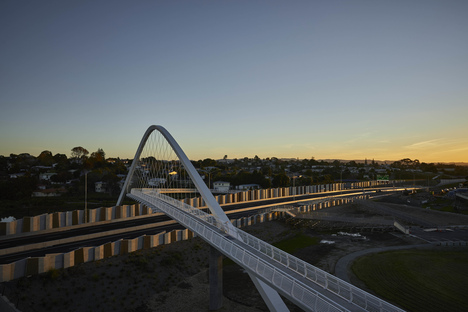 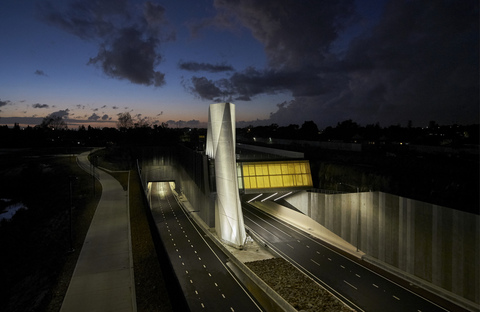 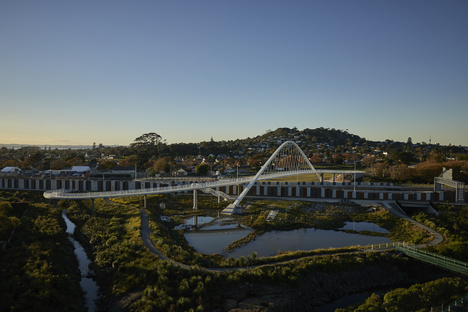 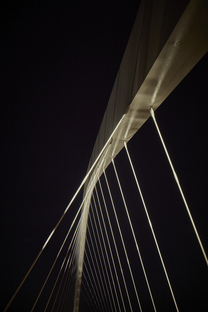 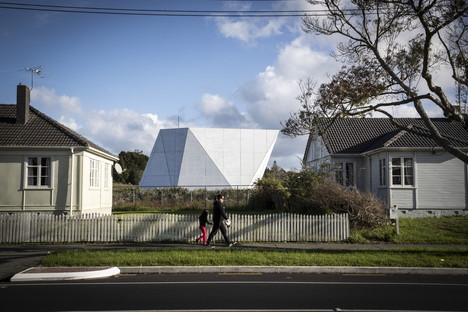 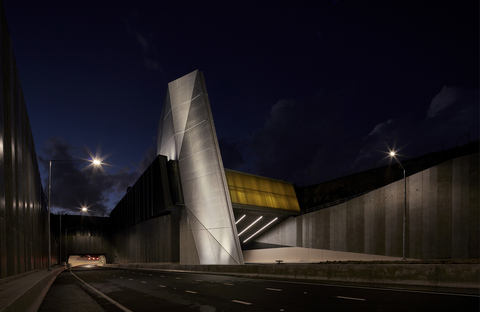 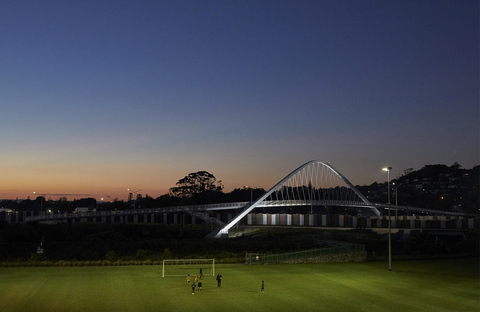 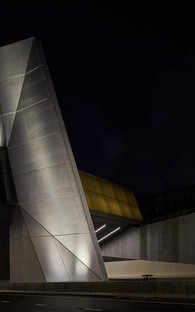 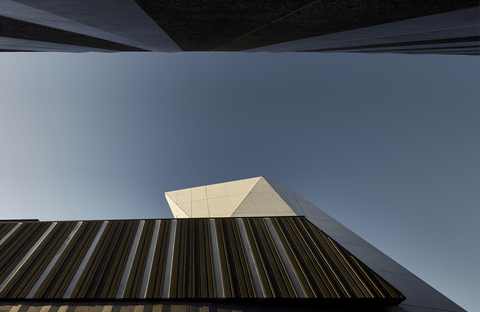 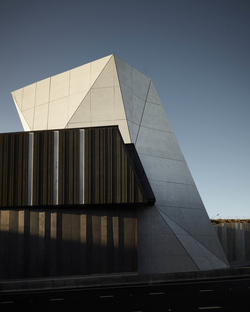 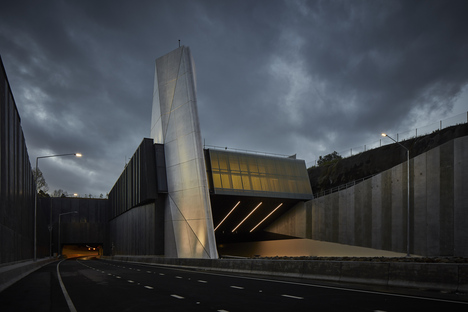