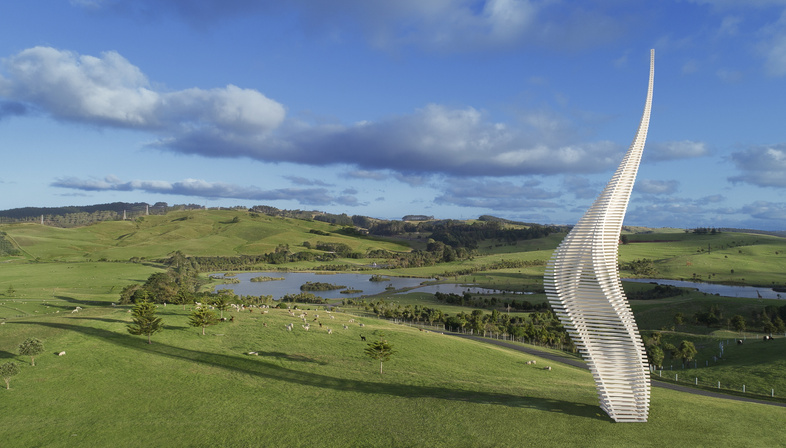 
JACOB'S LADDER rises white and dynamic atop a grassy hummock on Gibb's Farm. Gibb's Farm is a 404-hectare open-air sculpture park in Kaipara Harbour, about an hour's drive from Auckland, and the largest harbour in the southern hemisphere. It is owned by Alan Gibbs, businessman, entrepreneur and art collector - paintings before all else - who for 26 years has been assembling the collection of monumental sculptures made by some of the world's leading sculptors. Indeed, the park includes artworks by Graham Bennett, Chris Booth, Daniel Buren, Bill Culbert, Neil Dawson, Marijke de Goey, Andy Goldsworthy, Ralph Hotere, Anish Kapoor, Sol LeWitt, Len Lye, Russell Moses, Peter Nicholls, Eric Orr, Tony Oursler, George Ric. Most of the works in the collection are actually commissioned, not bought from exhibitions or galleries. As Alan Gibbs says, the personal negotiations with artists add a richness to the whole creative experience, because the resulting artwork is a specific response to the context.
Gibbs is highly sensitive to abstract minimalism, which of course influences the selection of artists for his project in country New Zealand, where he has the support of architect Noel Lane and a team of engineers to build the installations. But really, it's the actual site that really shapes the appearance of the sculptures generated there, making Gibbs Farm Sculpture Park one of the most interesting destinations for site-specific minimalism.
As Gibbs explains, “the challenge for the artists is the scale of the landscape; it scares them initially”, to then leave room for an overpowering creative energy that is often manifested in the largest works every crafted by the artists involved.
JACOB'S LADDER by British artist Gerry Judah is another one, a majestic tower weighing some 46 tonnes that rises 34 metres upwards. 480 lengths of square-sectioned steel tubes, stacked on top of each other, each layer slightly different in length and size, shifted and rotated to a different axis from the layer below, produce this gracefully curving, light sculpture. Just like the ladder in Jacob's dream, which reached skywards, this one rises up towards the skies of New Zealand. 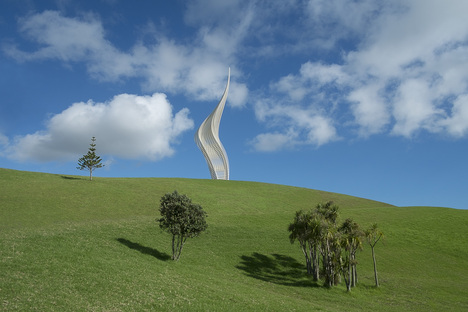 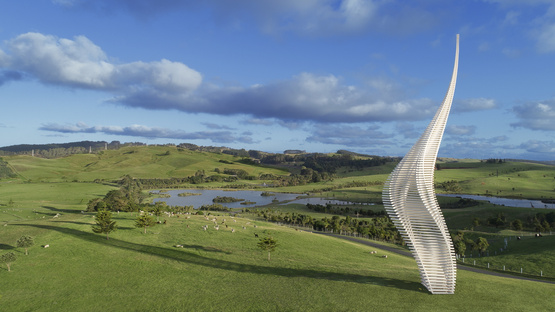 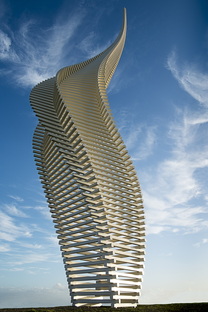 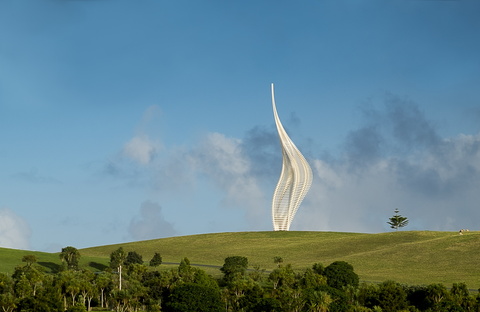 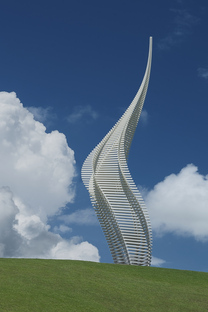 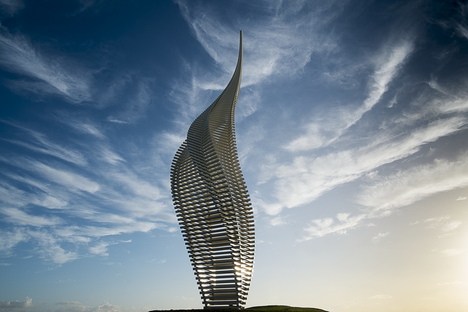