The Haugen/Zohar Arkitekter design team with the landscapers from Landskapsfabrikken designed the Uredd rest area as a new tourist attraction along the Helgelandskysten, one of the National Scenic Routes. 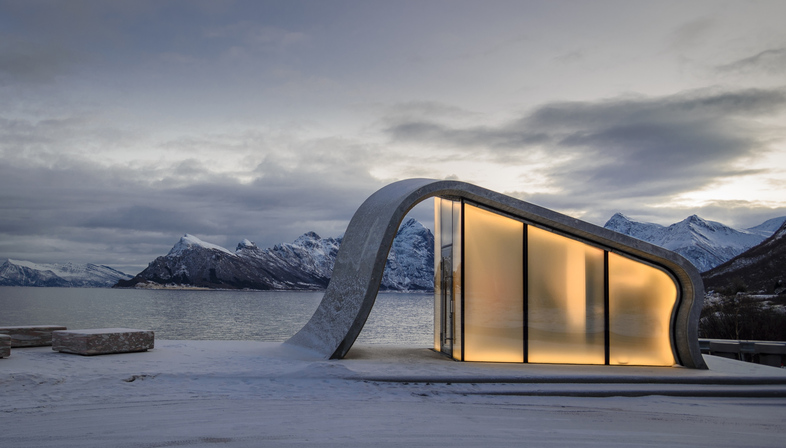 The Haugen/Zohar Arkitekter design team with the landscapers from Landskapsfabrikken designed the Uredd rest area as a new tourist attraction along the Helgelandskysten, one of the National Scenic Routes.


Norway's National Scenic Routes are a road system consisting of 18 selected routes along coastlines and fjords, up mountains and on the plains of Norway. The project itself was first rolled out by the Norwegian government in 1994 to improve the experience of travellers to the country and will be completed by 2024. So, in a 30-year period, Norway has set itself up with almost 250 rest areas and viewing points, created by about 60 architecture firms, landscapers, designers and artists.
You can get a clear picture of the dimensions of the National Scenic Routes project in the exhibition Architecture and Landscape in Norway. Photographs by Ken Schluchtmann, crafted as a result of journeys across an eight-year period and driving more than 25000 km along these roads.
The Uredd rest area designed by Oslo-based Haugen/Zohar Arkitekter with the landscape architects from Landskapsfabrikken is located on the Helgelandskysten, the longest of the 18 scenic routes. The nine-metre wide viewing terrace gives stunning views of the fjord and out to the open sea, Fugløya, the Lofotveggen (Lofoten Wall) and the horizon. When you move down to the beach area you get a magnificent view of the mountain peaks in the background, behind weather-beaten rock formations and forest. This is a popular spot with tourists and locals alike because it is a perfect spot to see the northern lights in winter and enjoy the midnight sun in summer.
The project stands on an existing memorial site called Ureddplassen, meaning fearless place. In 1986, a monument was erected in memory of those who lost their lives when the Norwegian submarine HNoMS Uredd sank in the in the Fugløyfjorden in 1943. It was on its way to Gildeskål and hit a German minefield, killing all 40 people on board. The architects revamped this monument with a new marble plinth.
The recently completed rest area is formed of a wide platform overlooking the sea. This then rolls down towards an amphitheatre of prefabricated steps mounted on a cast-concrete slab taking you down to the shoreline. The architects crafted this area to make the beach accessible to visitors and also to craft an area where people could enjoy the magnificent view without being disturbed because the noise from the traffic disappears as you go below the road level.
The viewing terrace itself has benches made from the characteristic Norwegian marble of Fauske, alongside a standout toilet block that is more than just functional. This small structure with frosted glass walls really comes into its own at night, when it is artificially lit inside and acts as a beacon. It looks like a concrete wave as it moves up from the platform and over the actual block but the shape is also reminiscent of the mountains in the distance. This highly elegant interpretation ensures that the piece of architecture does not intrude too much on the majestic landscape but also that it doesn't fall prey to the temptation of camouflage at all costs.
The Uredd project by Haugen/Zohar Arkitekter + Landskapsfabrikken has been shortlisted in the Landscaping section of the 2018 World Architecture Festival (WAF) beginning in Amsterdam on 28 Amsterdam. 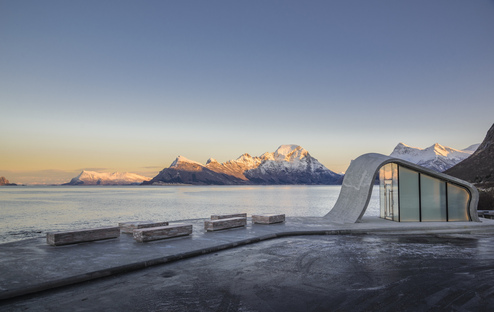 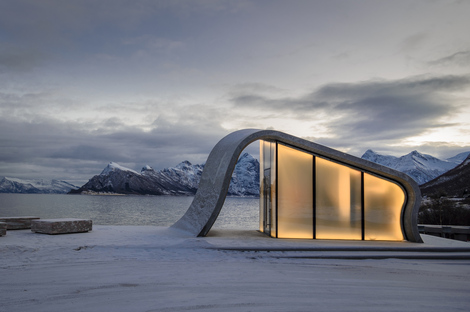 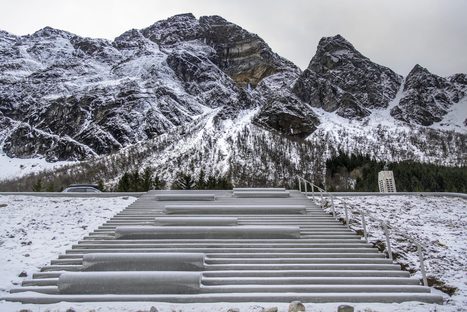 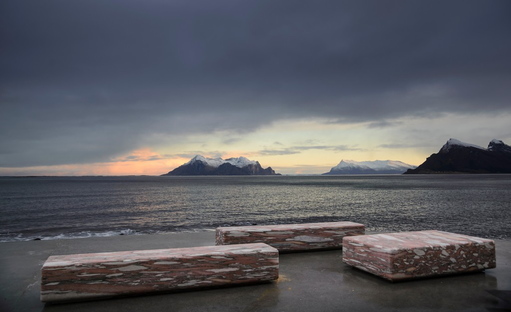 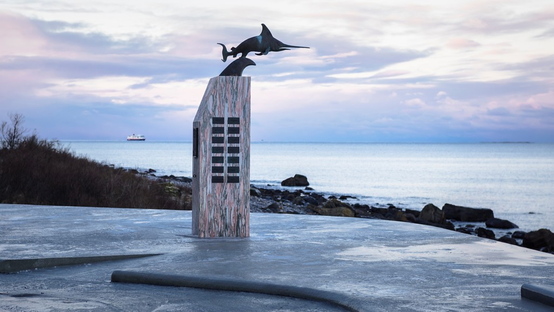 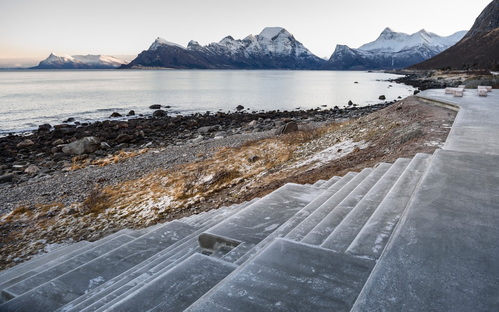 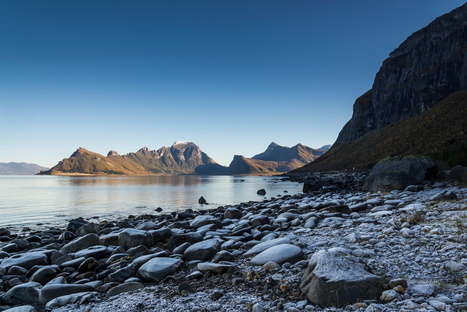 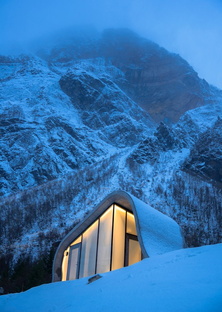 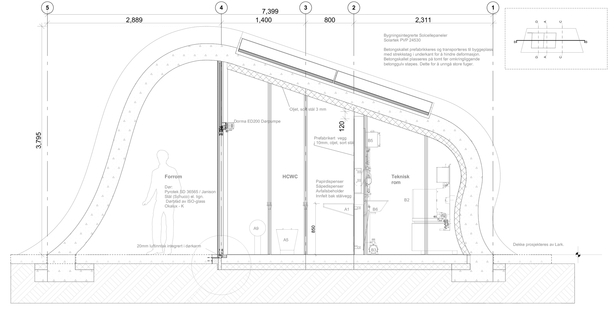 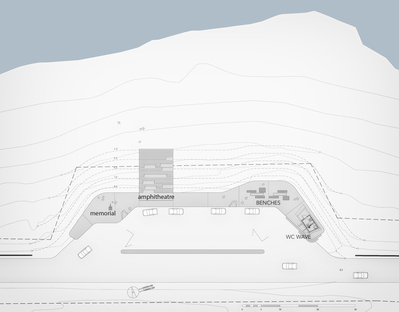