A gym in its context, by Agence ENGASSER & associés

The creation of a new gym in a high school in Metz (France) made it necessary for the architects of Agence ENGASSER & associés to carry out a careful study of its location, between a canal, a motorway and a number of existing buildings. 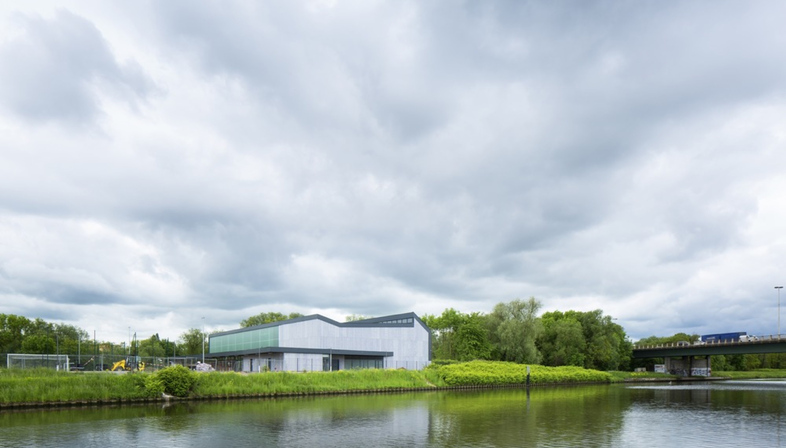 The creation of a new gym in a high school in Metz (France) made it necessary for the architects of Agence ENGASSER & associés to carry out a careful study of its location, between a canal, a motorway and a number of existing buildings. The result is a building flooded with natural light.


As Latin phrase says, “mens sana in corpore sano”: studies have shown that there is a strong correlation between a person’s motor skills and their memory and attention.
Bearing this in mind, the gym of the Louis de Cormontaigne high school in Metz becomes an important element of the education of its 1250 students, as it offers them new spaces that are suitable for many of their sports activities. The project of the architects of Agence ENGASSER & associés started from the analysis of the context of the school and of the site constraints, such as its location on the tip of the island, between the Moselle River and the canal, and the nearby motorway, which generates noise pollution.
The geometric composition of the gym reproduces the orientation of the high school, that is perpendicular to the canal and slightly rotated towards the bridge; this bridge is also a part of the project, along with the outdoor areas, including the football pitch and the athletics track between the school and the gym. This layout separates the different activities and also works as a transition area, further highlighted by the low buildings of the football pitch, that are provided with a green roof improving their thermal insulation and collecting rainwater, while at the same time offering a pleasant view from the school.
To limit the noise from the motorway, the south-west façade is slightly elevated and was designed as an acoustic shield, as its external cladding is reinforced by an internal wooden soundproofing layer.
This material also increases the overall comfort of the new building, that features a bigger gym and a smaller gym for body-building, both provided with dedicated changing rooms, and a public area with access points. The warm texture of the multilayer wood used for the internal cladding perfectly matches the natural daylight that the Agence ENGASSER & associés architects optimised to create comfortable and well-lit environments where practising a sport activity is a real pleasure.
There is no doubt, exercising is beneficial, but a great architectural context such as the gym of the Louis de Cormontaigne high school of Metz makes it even better! 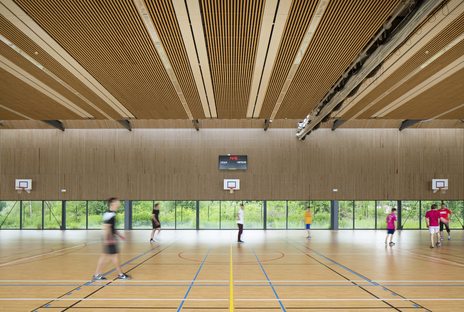 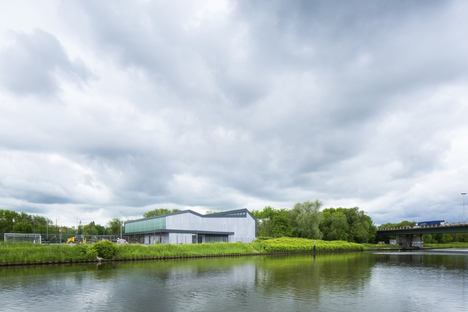 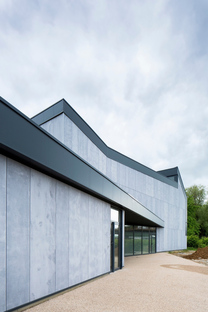 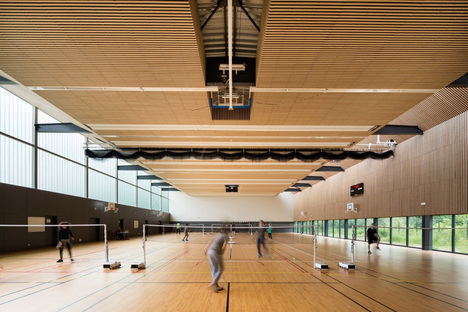 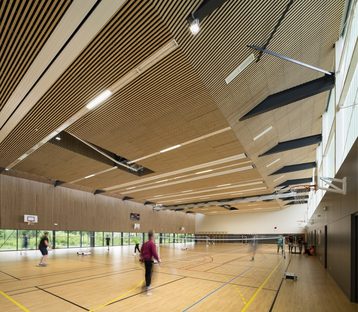 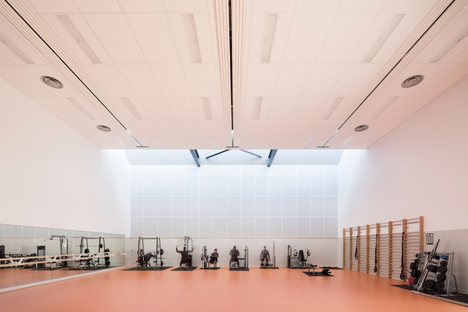 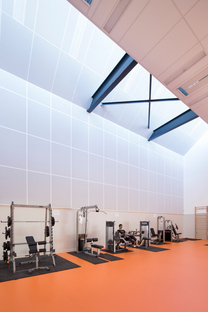 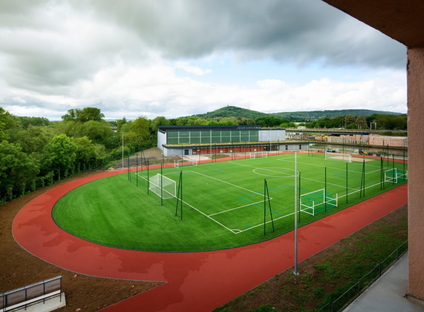 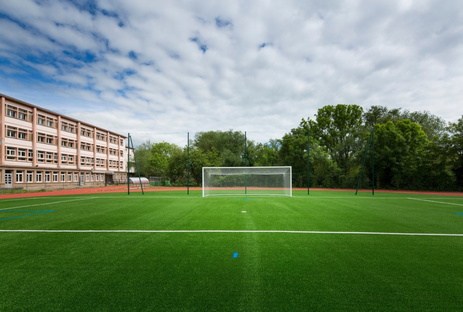 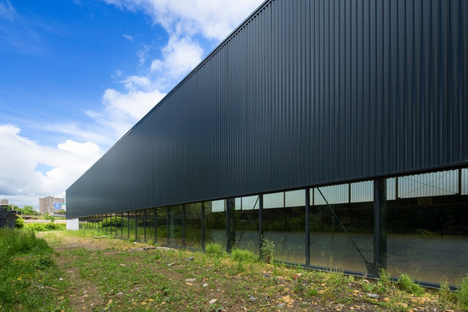 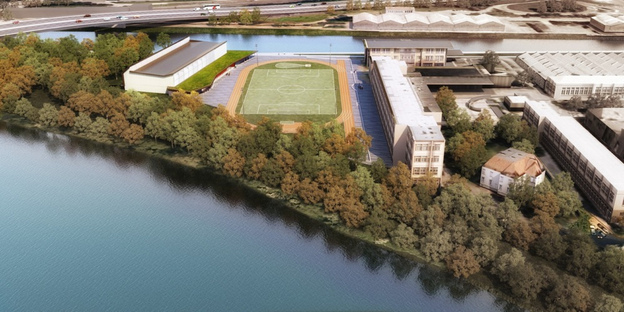 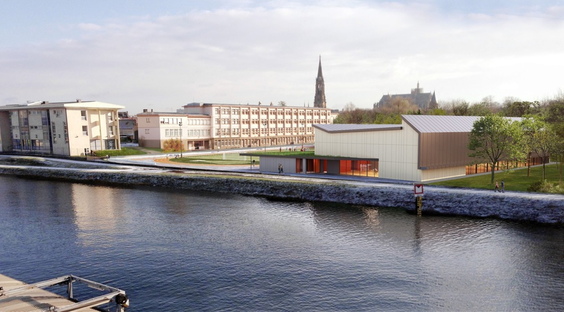