US studio Feldman Architecture’s Caterpillar House is the first LEED Platinum certified home on California’s Central Coast, and has risen to fame as the setting of the Netflix film Malcolm & Marie starring Zendaya and John David Washington. 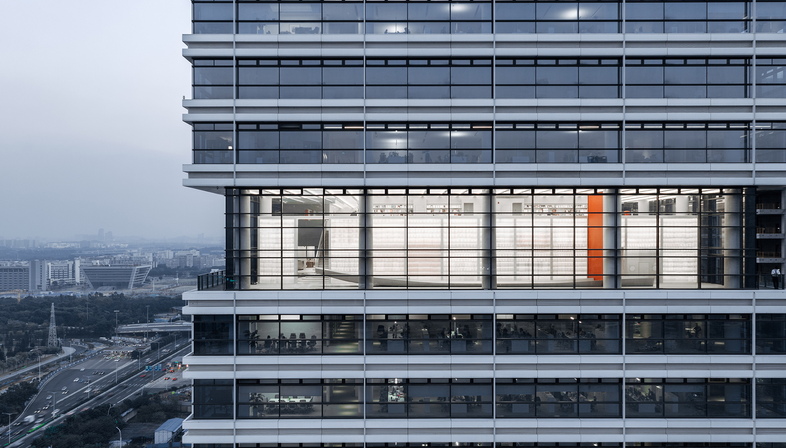 Architecture and film go together well, and many of the movies that have gone down in the history of film feature important buildings or even make architecture an essential part of the story. We may see this in classics such as Fritz Lang’s Metropolis, Blade Runner, praised for its detailed, original, realistic portrayal of the decay of a future postmodern society, or, most recently, The Mandalorian, the architecture of which we have presented in these pages.
Architecture also plays an important role in Malcolm & Marie, an American dramatic film in black and white released early in 2021, written, produced and directed by Sam Levinson and starring John David Washington (Malcom) and Zendaya (Marie). But this film does not create a future world, it simply captures a timeless present in an age when the pandemic is imposing restrictions on everything, even the making of films. The project is in fact the first Hollywood feature-length film to have been entirely written, financed and produced during the COVID-19 pandemic, filmed in secret in June and July 2020.
The location is the Caterpillar House, a 2011 project in which Feldman Architecture aimed to recreate the atmosphere of the Cliff May ranch house previously owned by the client, while incorporating sustainable solutions and innovations responding to the topography of the site, located in Santa Lucia Preserve, California’s first gated community in a nature reserve, near Carmel-by-the-Sea.
To reinforce the home’s connection with the land, the architects reused the land from the excavations to construct rammed earth walls. Their slight curve follows the lay of the land, while their thermal mass regulates the temperature inside the home both by day and by night. Three cisterns adjacent to the home, with a total capacity of 103 cubic metres, store rainwater to cover all the requirements for watering the native local plant life present on the property. In compositional terms, the big south-facing glass doors with sunbreaks directly link the main living room with a big contemporary arcade and an outdoor patio which becomes an extension of the living room.
The windows, natural ventilation and shelter from direct sunlight provide a passive heating and cooling system for the home. Photovoltaic panels integrated into the roof, facing south, cover the home’s energy requirements without compromising the gracious curve of the low roof against the hill. All these solutions proposed by Feldman Architecture have made the Caterpillar House the first private residence on California’s central coast to receive LEED Platinum certification.
A setting worthy of an Oscar, and in fact the entire cast of the film made in the house, Malcolm & Marie, may be nominated for the Academy Awards. This may not be the first film with a focus on architecture, but it is definitely the first to have an original screenplay set in a building that has won numerous awards for architecture over the years. 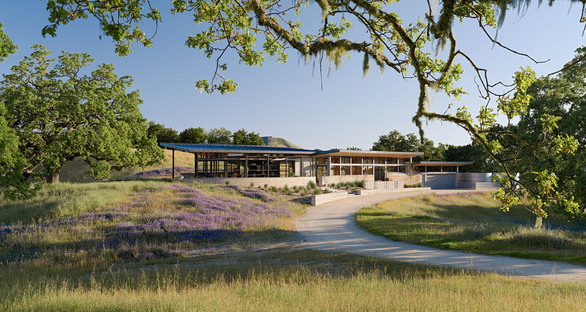 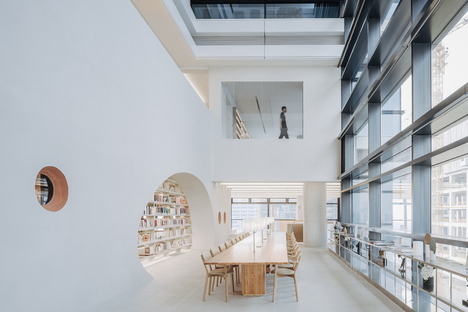 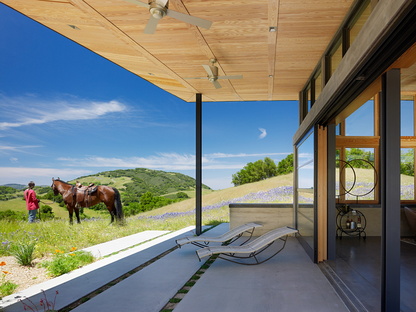 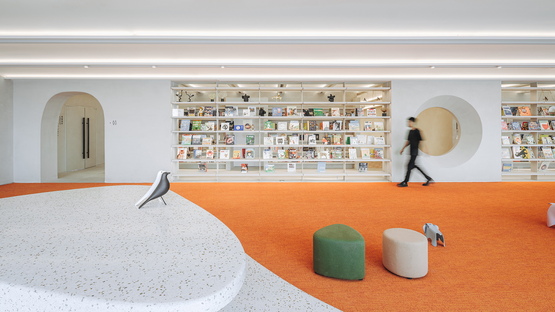 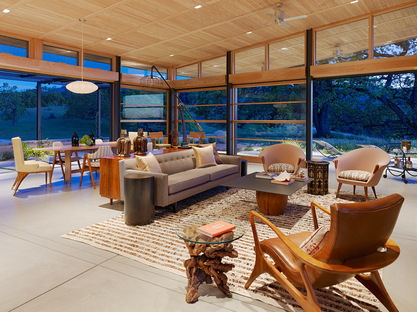 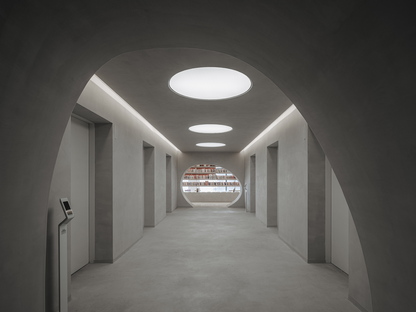 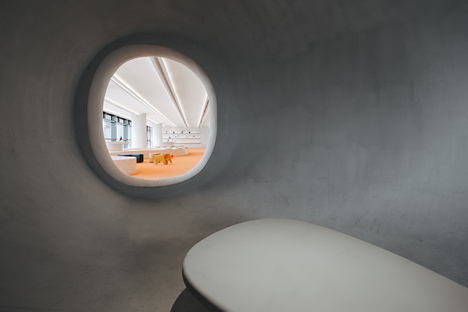 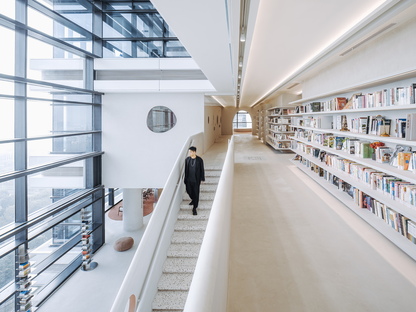 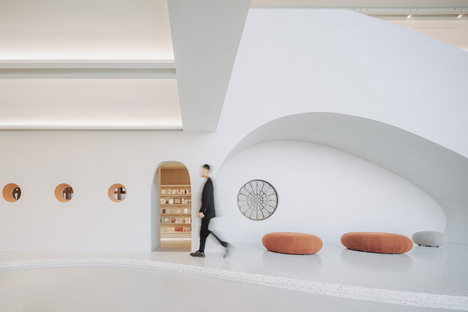 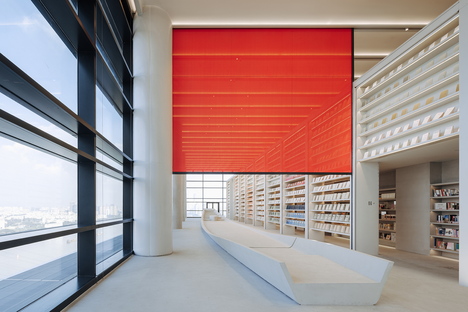 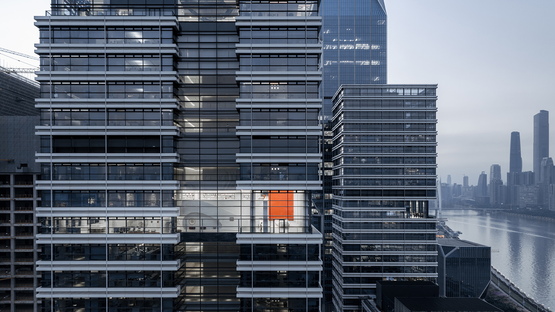 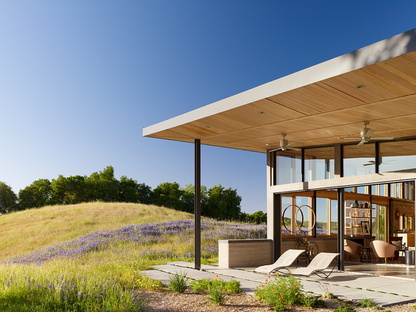 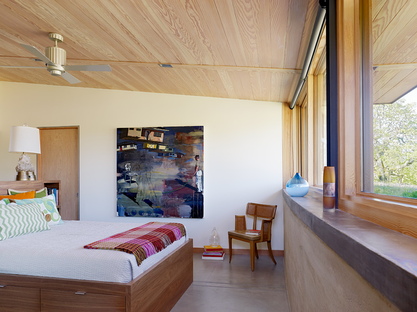 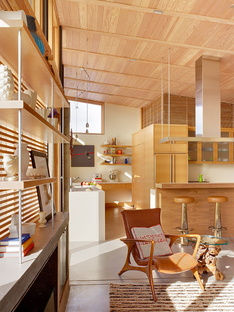 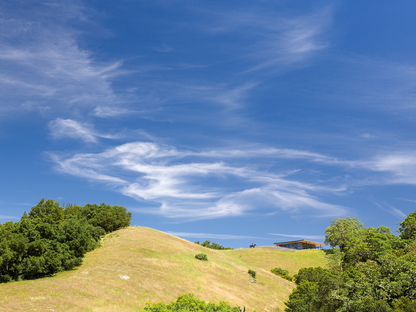 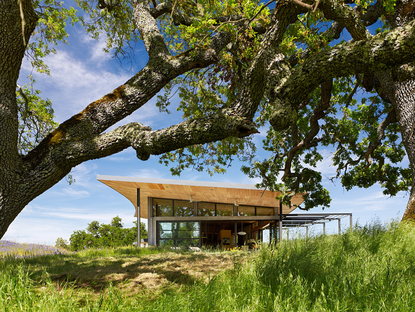 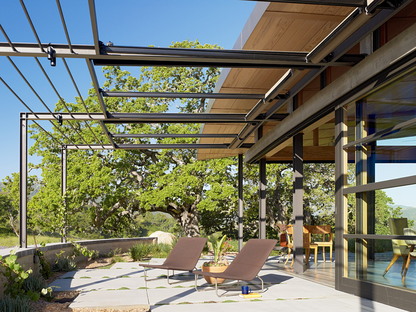 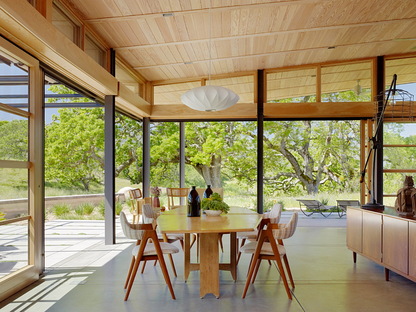 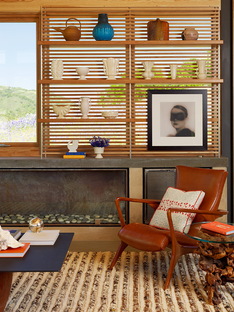 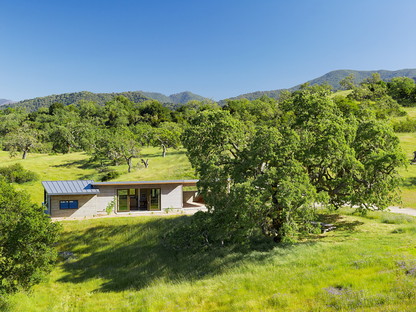 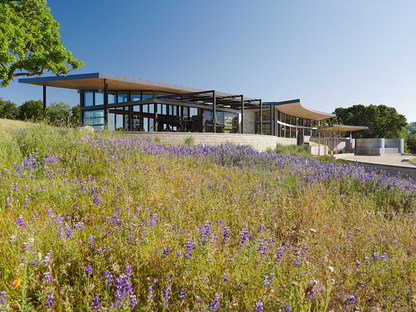