The Red Arrow, a playful makeover in Shanghai by 100architects

The creative architects from 100architects, founded in Shanghai in 2013 and currently led by two partners, Marcial Jesus from Chile and Javier Gonzalez from Spain, have renovated the lobby of a historic building in Shanghai and turned it into a public place. 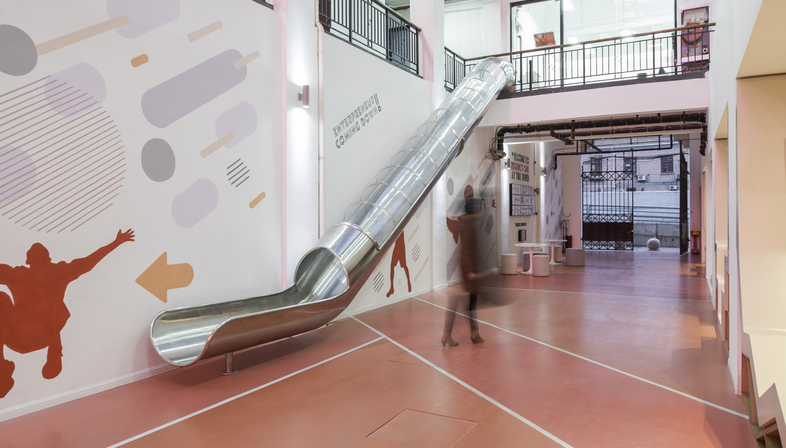 The creative architects from 100architects, founded in Shanghai in 2013 and currently led by two partners, Marcial Jesus from Chile and Javier Gonzalez from Spain, have renovated the lobby of a historic building in Shanghai and turned it into a public place.


Repurposing something that's already built is turning out to be the leitmotif of many an architectural intervention around the world. An intelligent, sustainable way of doing architecture that saves resources and brings out the best in buildings, also enhancing the legacy of the past.
This is the case for the project called the Red Arrow by 100architects for Regency One in Shanghai. The company commissioned a makeover of the lobby in their office building on the North Bund, which was built in 1926. A completely routine request in and of itself but the company didn't go with 100architects for no reason. These creative architects specialise in street architecture and urban intervention, temporary and permanent architectural pieces that foster social engagement and unique experiences, creating points of reference on a human scale.
Actually, the intention of the owners wasn't just to revamp the lobby, they also wanted to craft a public space for the people living in the Hongkou district.
So the team headed by Marcial Jesus and Javier Gonzalez turned the lobby into a welcoming red carpet, clearly visible from the street. An eye-catching runway-style entry leading to an amphitheatre that serves as both the stairway to the 2nd floor and as an actual amphitheatre for events and social get-togethers. The space is topped off with a large arrow-shaped vertical LED screen pointing upwards as an allegory to the improvement, effort and success that comes from professional accomplishment. A red arrow that beckons you in and that inspires you to act on your potential. An explicit reference to the client's core business: Regency One provides fully serviced offices and conference centres.
The lobby accommodates a number of capsules recessed into the wall as if they were built-in furniture. This way, 100architects created the privacy needed for single work teams as well as for individuals. These elements are rounded off with pieces of furniture distributed freely around the space as a flexible option to use as and how they are needed.
As we mentioned, the public space takes the form of a large amphitheatre that can host events with the support of the arrow LED screen, and act as a social get-together point. To make the lobby space as functional as possible, the architects created a meeting room for clients in the space underneath the staircase.
But, as we might expect from the way 100Architects approach the world of design, the Red Arrow features another real gem: a slide from the second floor down to the lobby, where you can also take your turn on a couple of swings. This fun feature obviously alludes to our inner child and it gives the whole area a playful, fun touch. They also used colour blocking throughout, not just red in the lobby but blue in the men's bathroom and pink in the ladies' loos. 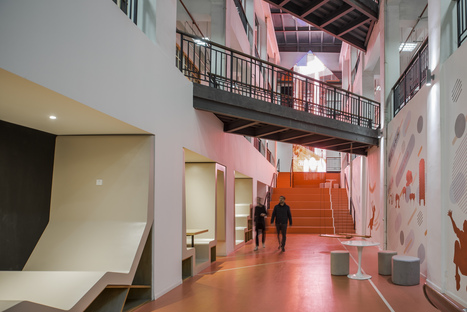 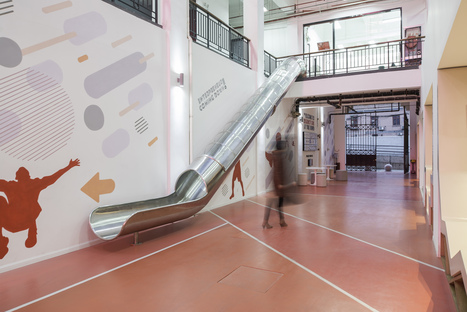 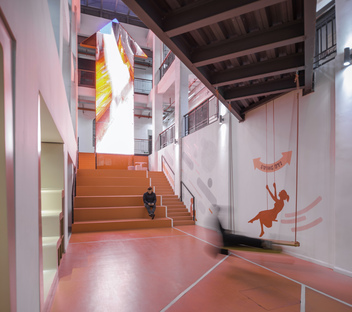 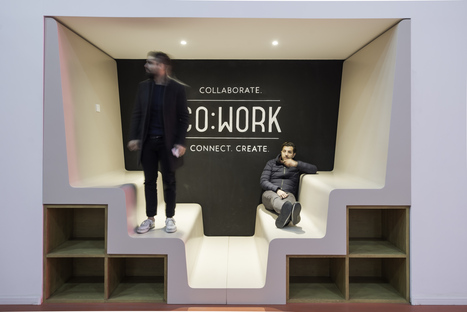 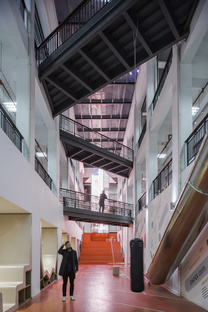 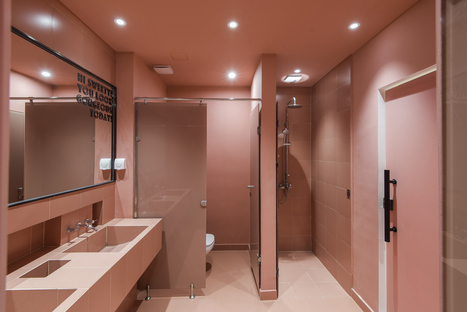 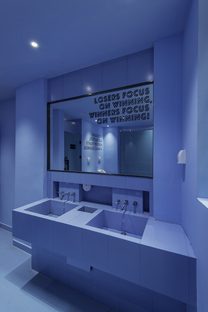 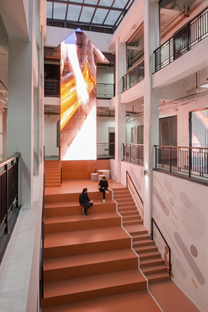 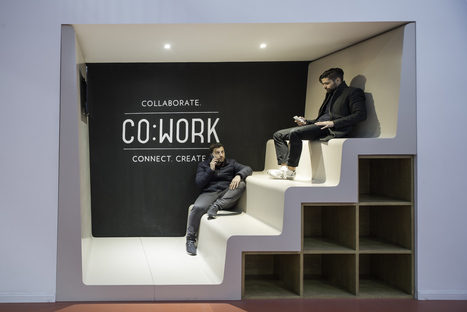 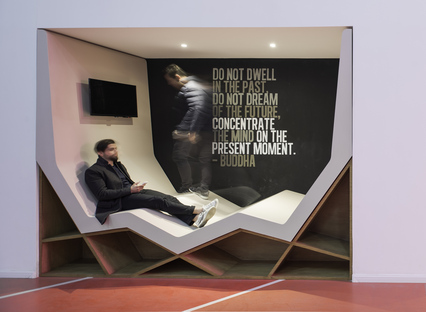 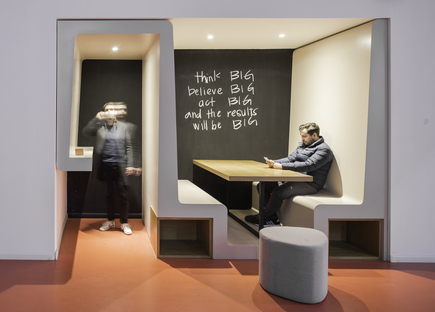 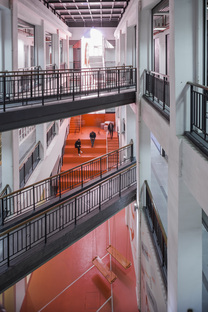 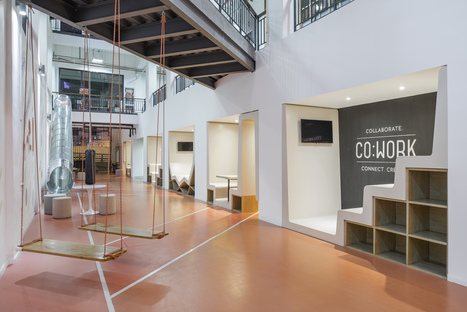 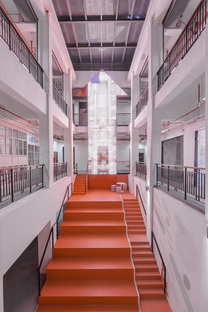