In Ambato, a city located in the central Andean valley of Ecuador, the architects from RAMA Estudio have designed a house that is an open, joyous response to the growing trend for gated communities in the township. 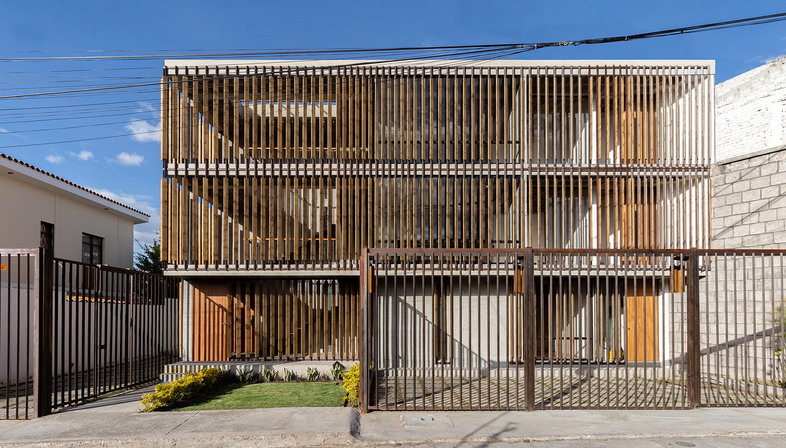 In Ambato, a city located in the central Andean valley of Ecuador, the architects from RAMA Estudio have designed a house that is an open, joyous response to the growing trend for gated communities in the township.


Ambato is the capital of the province of Tungurahua on the plateau of the Andes at 2,577 meters above sea level between the east and west mountain range, just 30 km from Mount Chimborazo and 140 km south of the capital, Quito. Here, in the residential district of San Antonio is the location of the latest work by RAMA Estudio, Edificio Criba, a small apartment block with three living units.
The project stands on a very complex, triangle-shaped site and offers an iconic response to the trend to turn single-family homes into fortresses with high walls onto the street that block all communication with the urban context. Of course, they did this with great attention both to economic and environmental sustainability to be able to provide a reproducible blueprint for other places as well.
Basing their concept on the idea of providing the city with something that opens onto the street, that gives space to the neighbourhood and that is a real part of it, the architects from RAMA Estudio worked a lot with the building's envelope which they gave a kind of transparency that can be adapted to the areas. So, the social areas and the access to the neighbourhood have a modular-style screen that filters the light and at the same time gives the occupants the security and privacy they desire without blocking the direct visual connection with the street. The fencing opens onto the street, giving the neighbourhood a green area and public space. The transparent fencing and facade generate a kind of void in the street that is elsewhere walled, a real breath of fresh air in a context that keeps closing in on itself.
The interior of Edificio Criba contains three separate apartments on three floors where, thanks to the site's complex geometry, greatly influenced the spatial layout of each floor and made it possible to craft bright patios and courtyards that at the same time enable natural ventilation of the spaces.
In their concept, the kitchen is considered to be the fundamental part of the house, the hearth: this is an articulated space that connects the bedrooms and the living areas. Each apartment has a main bedroom and a secondary, flexible space, with a series of rotating sliding panels that can turn this space from a multipurpose room into two independent bedrooms to meet the needs of users.
The building's structure is made from reinforced concrete that holds up the slabs. All the elements are modulated in standard formats to minimise the waste of materials and to keep down construction time and costs. Apart from the load-bearing partitions, the rest of the divisions are made from pressed block masonry, which reduces time, costs and the volume of material in the walls. Then wood and metal were the other two materials used in the facades, doors and windows, the stairwell and of course some of the details of the interiors in this triangle-shaped volume.
RAMA Estudio, with Edificio Criba, crafted a small apartment building that elegantly combines the occupants' need for security with a better connection with the urban context and offers a feasible, attractive blueprint to recreate engagements with the neighbourhood, fundamental to keep alive the sense of community that is the best way of fighting social deterioration.In Ambato, a city located in the central Andean valley of Ecuador, the architects from RAMA Estudio have designed a house that is an open, joyous response to the growing trend for gated communities in the township. 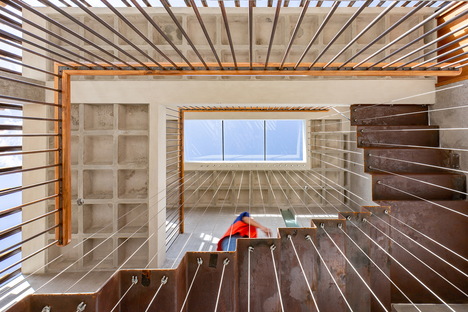 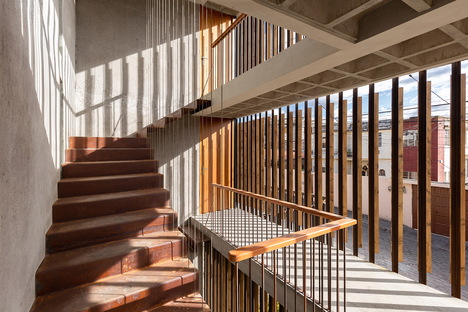 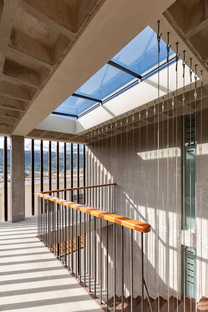 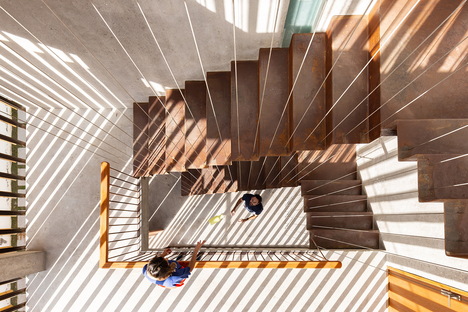 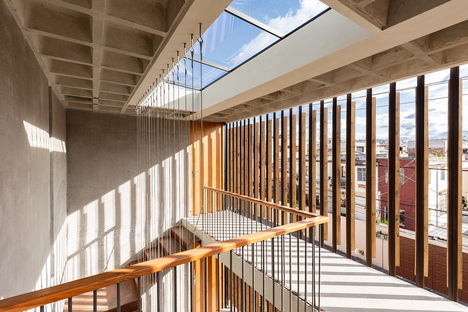 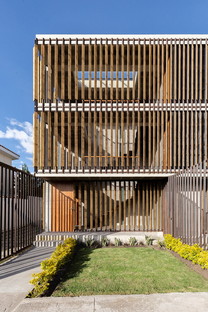 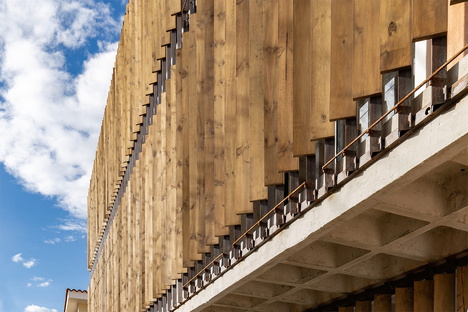 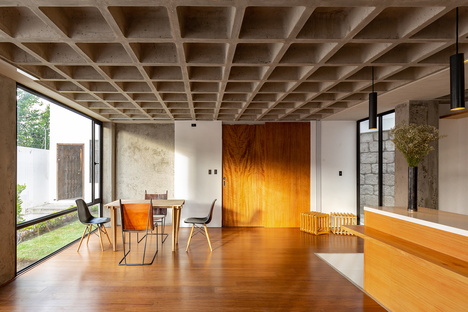 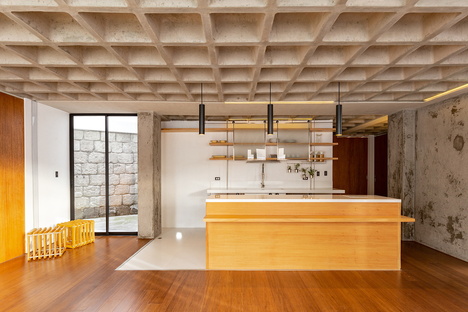 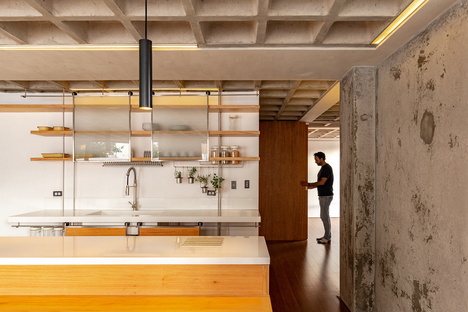 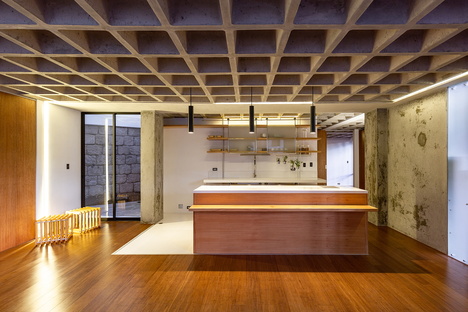 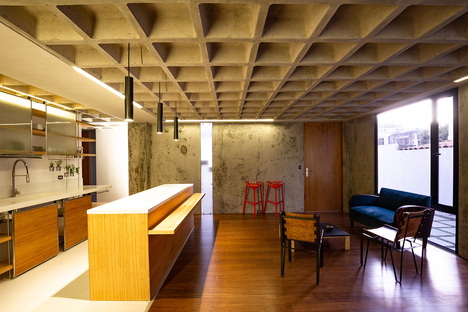 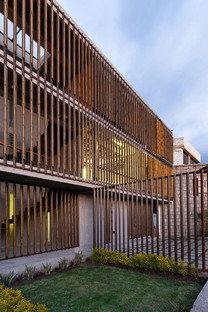