Architects Leopold Banchini and Daniel Zamarbide have designed a noteworthy extension to a home on Lake Geneva. 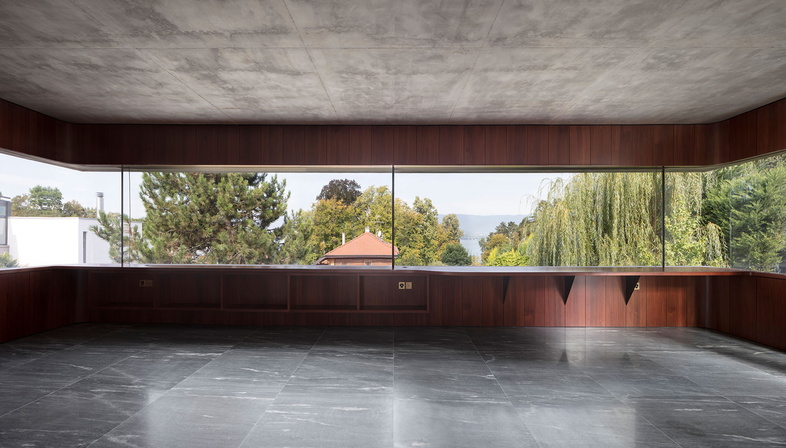 Architects Leopold Banchini and Daniel Zamarbide have designed a noteworthy extension to a home on Lake Geneva. The focal point of their approach is the creation of a special, panoramic viewing point to look out over the suburban nature.


Bare concrete on the outside for a horizontal, bunker-style volume, lightened by the 10-metre long, narrow window opening. This is the latest architectural project by Leopold Banchini with Daniel Zamarbide, founders of Bureau A and now working on new design experiences.
It's no easy task to work in a suburban context dominated by villas on the shores of Lake Geneva, particularly if you want to do something out of the ordinary without offending the sensibilities of the neighbours and when the client's main goal is a view of the lake. So, the architects opted for an extension with austere forms, a box adjoining the existing building. A simple form using bare concrete textured to bring out signs of the timber formwork, which is a nod both to the imaginary concept of brutalist architecture and to the typical texture of Swiss cabins, so it elegantly blends into the green hillside.
The focal point of the extension by Leopold Banchini and Daniel Zamarbide lies - as the project title itself suggests - in the panoramic view of the suburban nature: the 10-metre wide window splits the monolithic body of the extension almost in two, with the curved window providing a kind of cinematic opening, like a strategic observation point or command bridge rather than a viewing platform.
The reference to ships is also repeated in the interiors where the walnut walls and marble floor are reminiscent of the elegance of the big cruise ships and set up a pleasing contrast to the rough, exposed concrete ceiling.
Panorama Suburbia enables the client to enjoy an incomparable view within an architectural project that frames one of the most exclusive places on Lake Geneva. 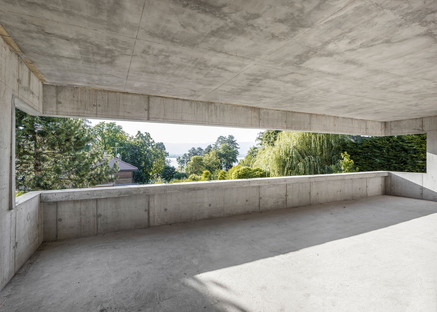 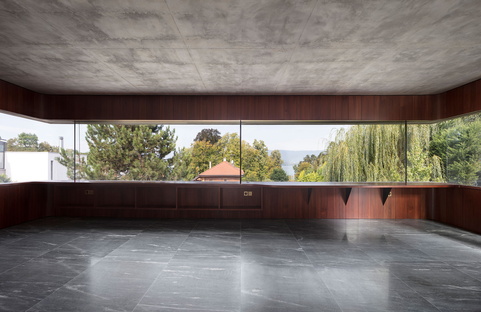 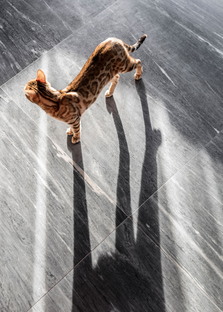 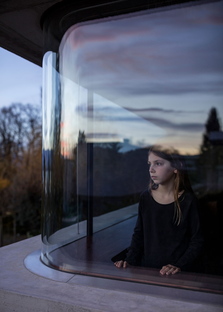 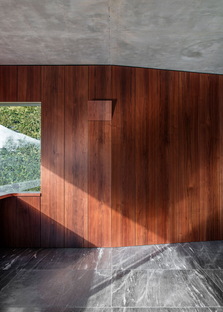 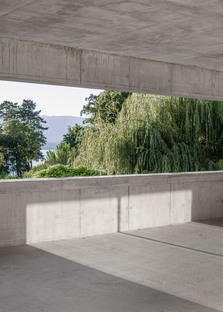 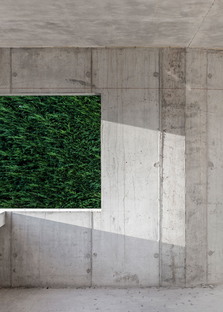 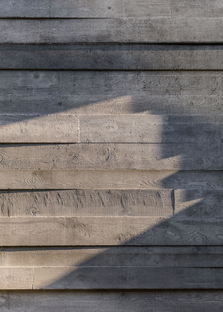 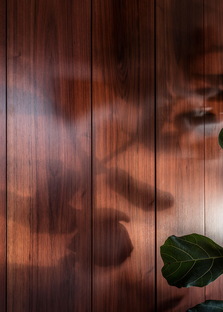 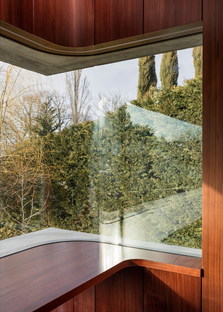 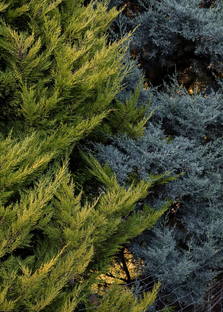 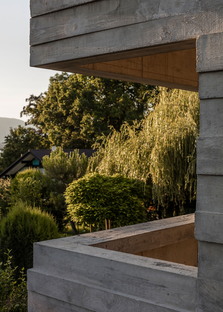 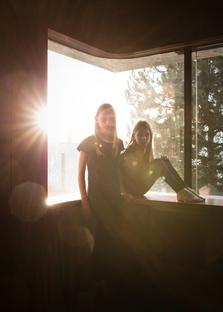 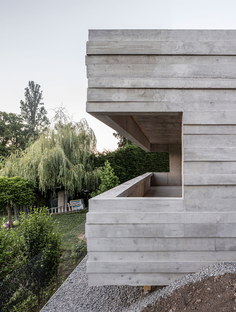 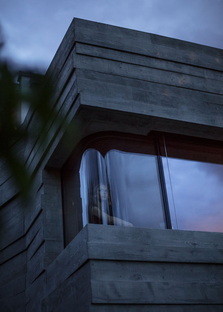