Swiss creative studio, Bureau A has designed the interiors of the Geneva flagship store of L'Asticot - Swiss children's fashion brand. Swiss creative studio, Bureau A has designed the interiors of the Geneva flagship store of L'Asticot - Swiss children's fashion brand. The space really stands out due to its architectural references and its clean lines, to all appearances a far cry from the imaginary world of children. 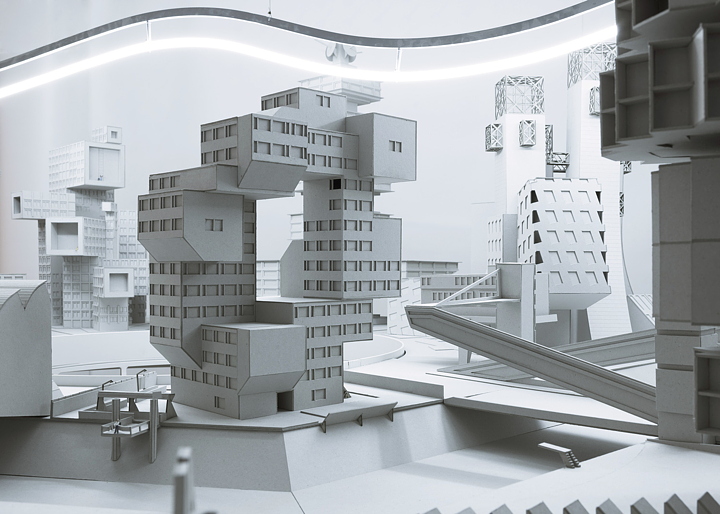 Bureau A is a creative studio with a thousand different facets, as our readers have seen through the years. 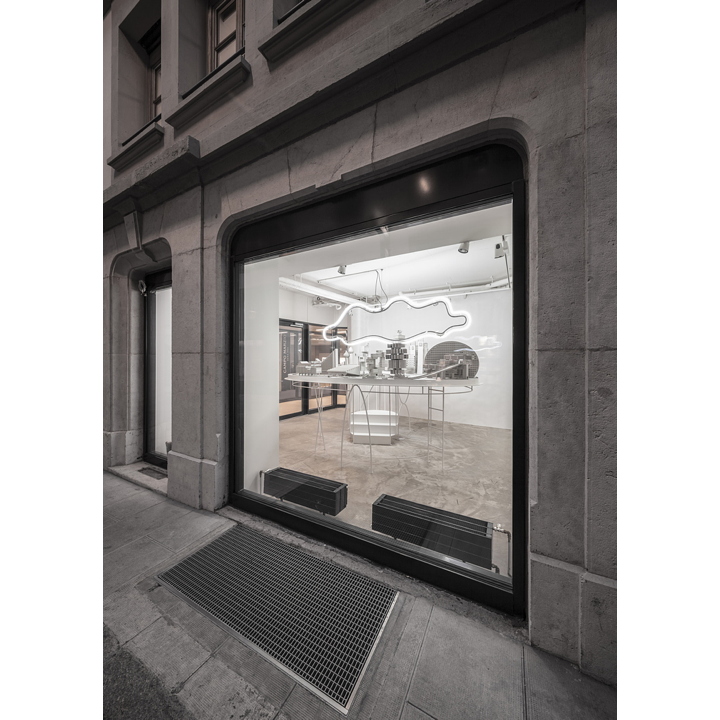 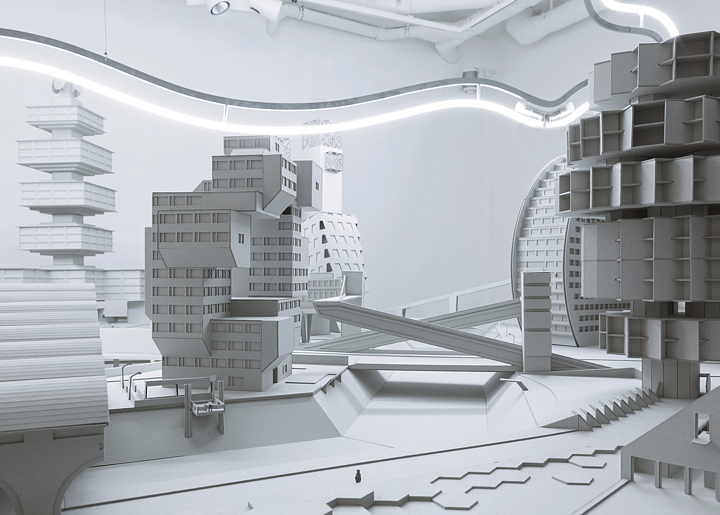 In Geneva, they have just put their creative genius to work for the interior design of the flagship store of L'Asticot, Swiss children's fashion brand. The interesting thing here is that rather than drawing inspiration from those sickly sweet colours that you often find in children's environments, they went with 1920s Russian architecture! 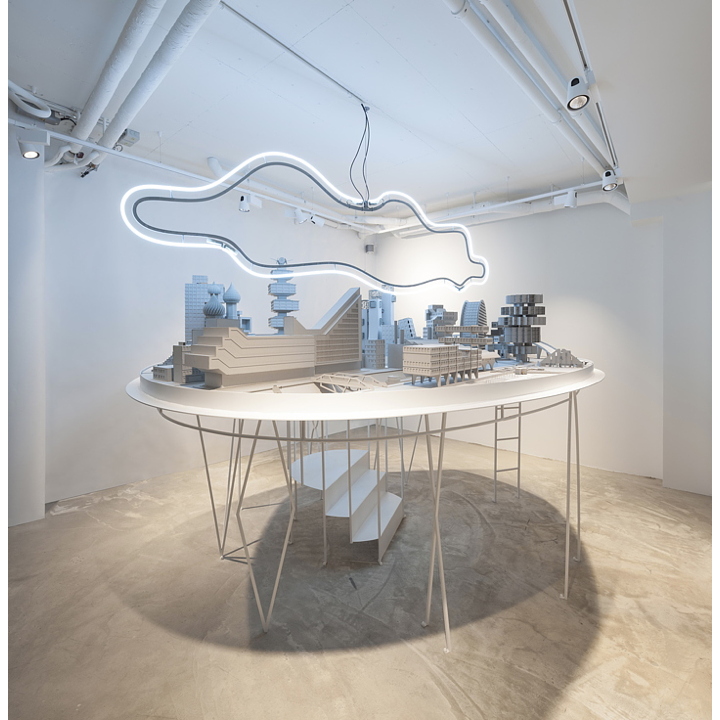 The Bureau A design team based their idea on a specific reference to the Organization of Contemporary Architects (OSA), which included some renowned names in Russian modernism like Kazimir Malevich; according to the OSA, the work of an architect involved much more than it does now. So they were considered not just builders but sociologists for the times to come, politicians of the built environment and skilled technicians to engineer the future. 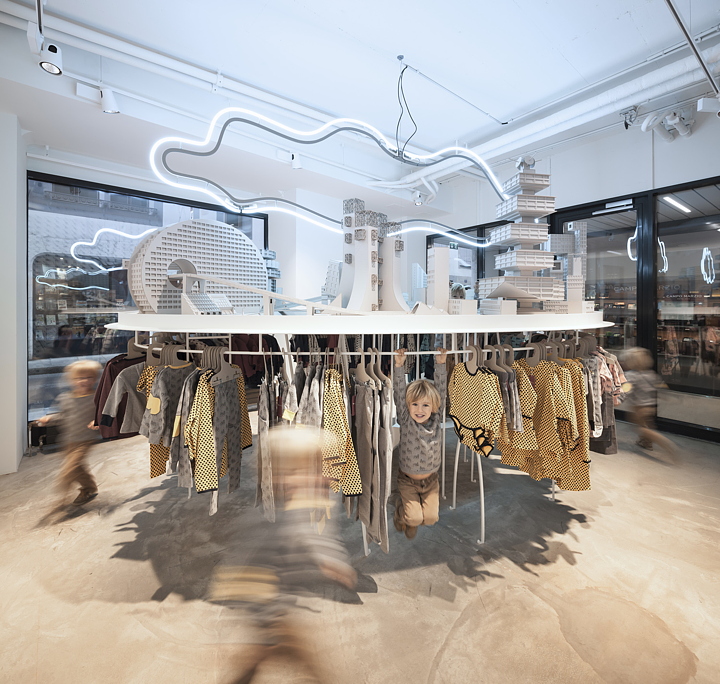 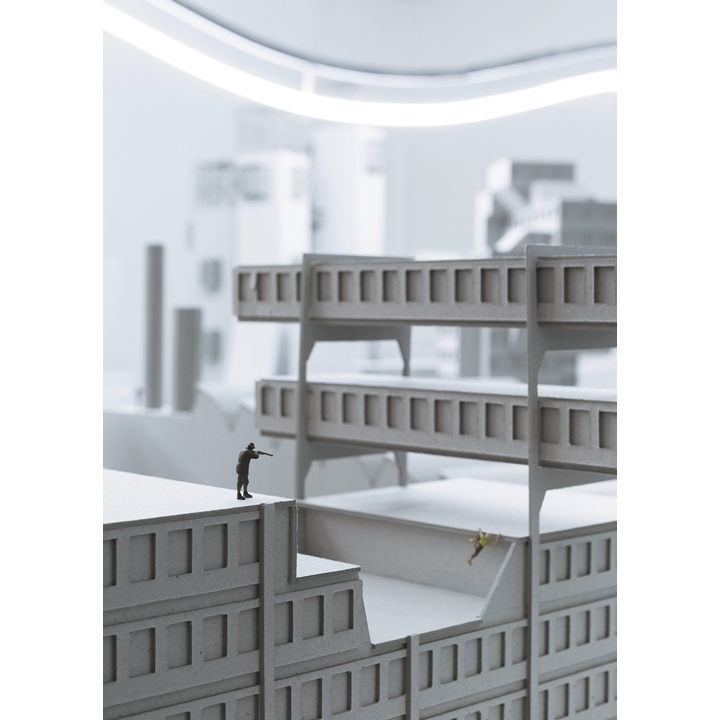 The architectural model emerging from these studies and inspirations focuses on the oval centrepiece of the rather minimalist room. A cloud shaped fluorescent light hovers above and a clothes rail runs beneath the white table showcasing a pale city of constructivist architecture. Miniature figures enliven the scene which might vaguely remind adults of the setting in a story of P.K. Dick. 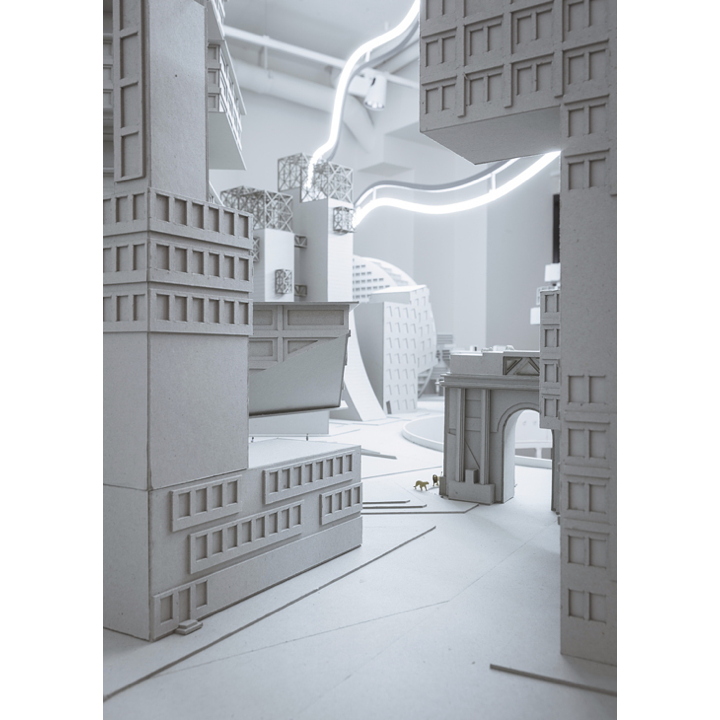 A fantasy world empty of crenelated castles, princes and fairies but filled with utopic Soviet buildings, which are just as good for unleashing the imaginative flair of children who can play here with both the structure and the model.
And for those of you who are slightly sceptical about the impact of this project on children, we recommend asking your own - they're a lot less enthusiastic about “cute” things than we think. Not only that, but they are perfectly aware that architecture designs our world, confirming the ambivalent role of the OSA type of architect! 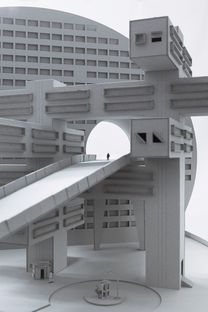 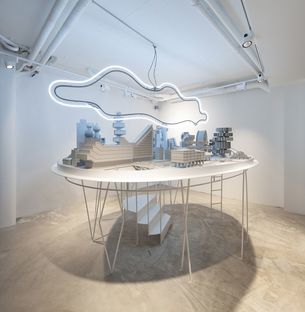 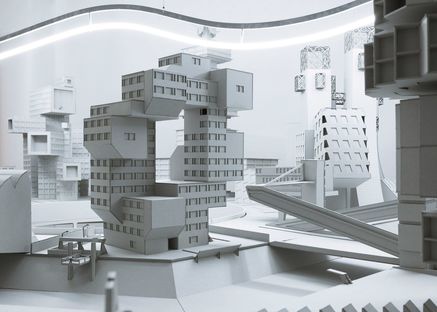 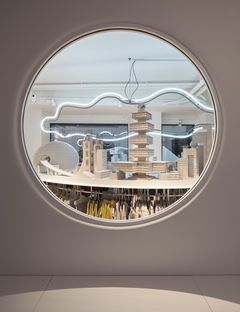 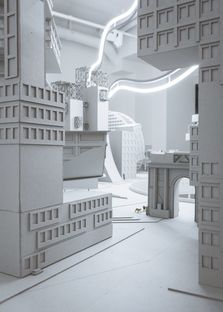 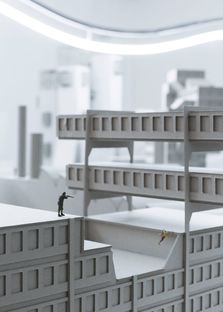 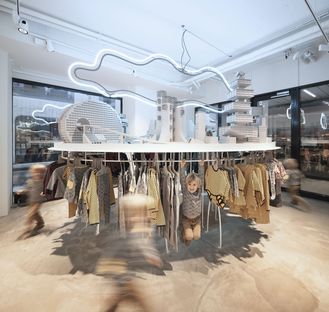 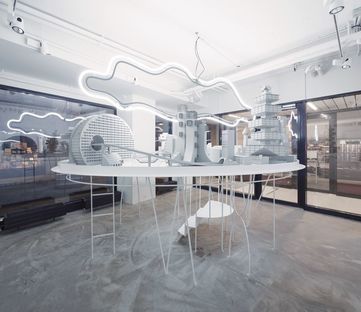 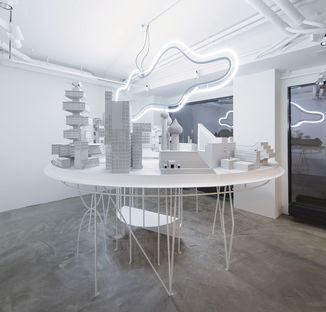 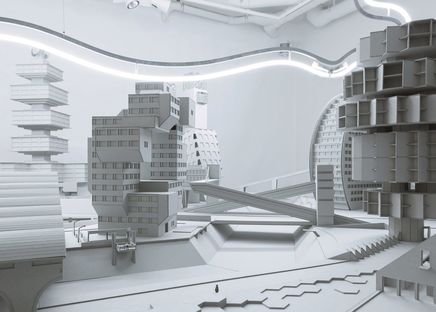 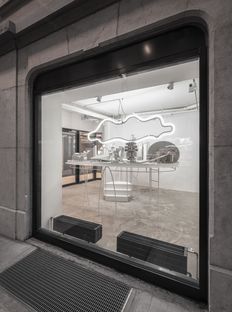 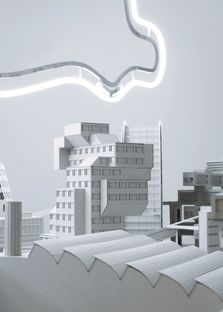