The Hyperscope installation crafted by the Spanish sculptor Nano Valdes in the municipality of Uster near Zurich is now on show in Langenthal, in the canton of Berne (Switzerland). 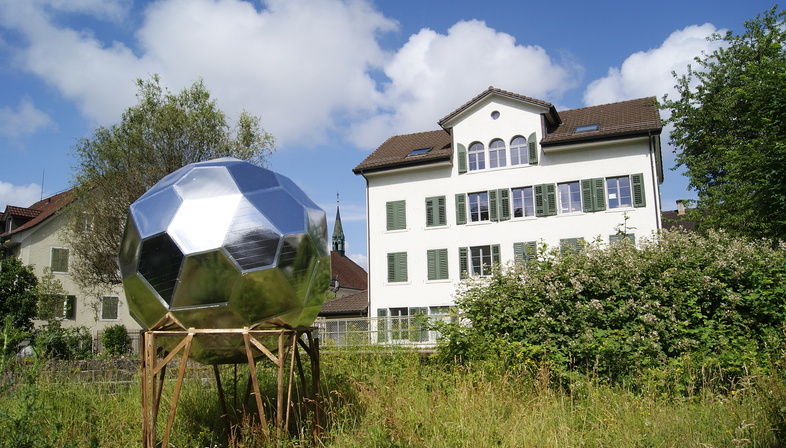 The Hyperscope installation crafted by the Spanish sculptor Nano Valdes in the municipality of Uster near Zurich is now on show in Langenthal, in the canton of Berne (Switzerland). An opportunity to discover how the magic of the Camera Obscura beats all digital technology.


We're so used to touch screens, GIFs and virtual reality when it comes to installations that we have forgotten how much magic and how many unique effects can be obtained using just analogue methods. Which is what we get with Hyperscope, a creation by the sculptor Nano Valdes, known to our readers for his tree house in Majorca (link).
In 2016 - as part of an artistic initiative in the municipality of Uster in the canton of Zurich (Switzerland) - Valdes created the prototype of Hyperscope, a name that references the kaleidoscope to underscore how every vision is individual, even the way we see the city. This sphere references the structures of Buckminster Fuller, made up of sandwich pentagon panels covered by aluminium sheets to fit in better with the surrounding environment, fixed on a structure that allows the visitor to easily fit their upper body and head inside the sphere with a diameter of 2.3 metres.
It takes a moment to get used to the dark before you start taking in the innumerable semi-moving images on the dark walls. “Some kids asked me if it was a video and I had to point out to them that what they were actually seeing were the upside-down images - in that moment in time - of the world outside the sphere, reproduced on the inside thanks to the technique of the Camera Obscura, also studied by Leonardo da Vinci”, says Nano Valdes. Instead of a single Camera Obscura, the Spanish sculptor combines 115 to increase the optical effect and to underline the variety of our visions.
The magic of this experience lies in the fact that it is completely off-grid, uses no digital media and works simply by tapping into the creative energy that the user needs to invest to give themselves up to the poetry of these upside-down images, exactly like it happens inside our eyes. An idea that Valdes has been working on for some years: “I wanted to create a spherical space where the users could totally immerse themselves, in a context which looks like if we could enter in our own eyebulbs".
As we said, Hyperscope is now on exhibition in Langenthal, Switzerland until 5 May 2017; it is a working prototype but the artist hopes to craft a larger scale model with more durable materials. He wants to place it in city parks, museum courtyards or other public places to show people the magic of viewing with care and attention, the first step towards Visual Literacy or the art of known how to look at and understand the images that dominate our world. 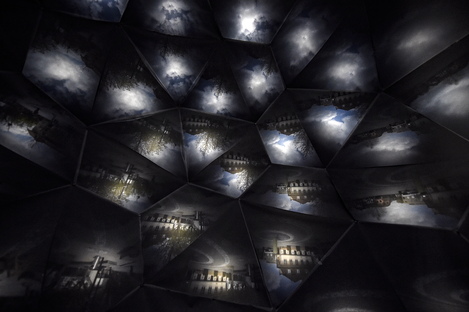 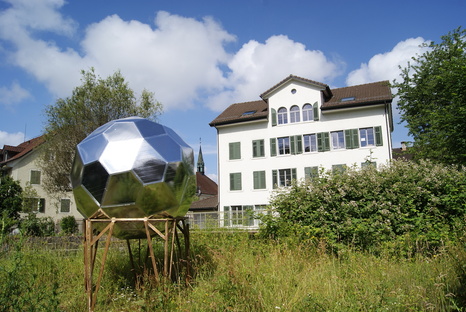 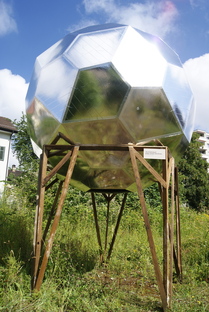 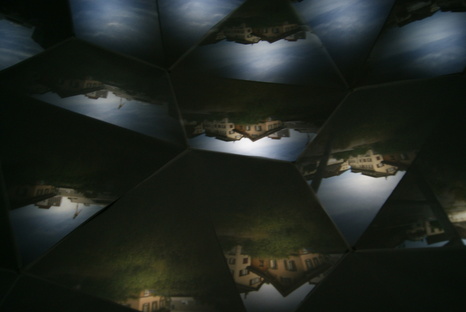 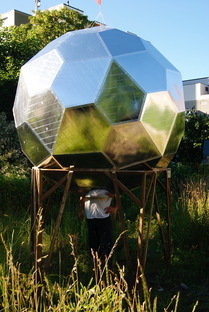 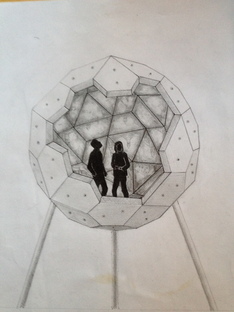 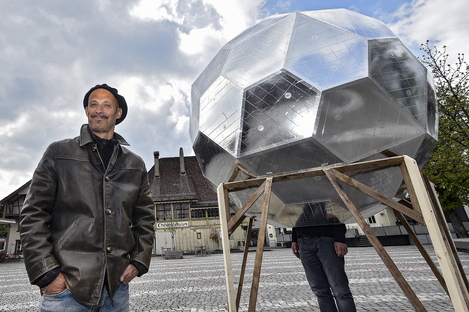 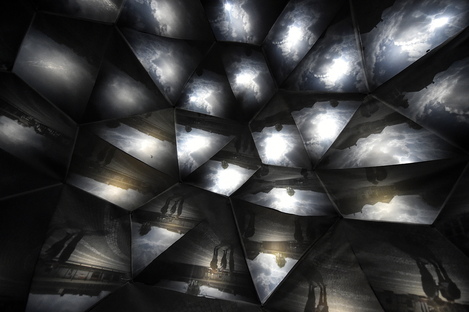