Since 2012 urbEXPO has been held once a year in a historically important establishment in Bochum, Germany. 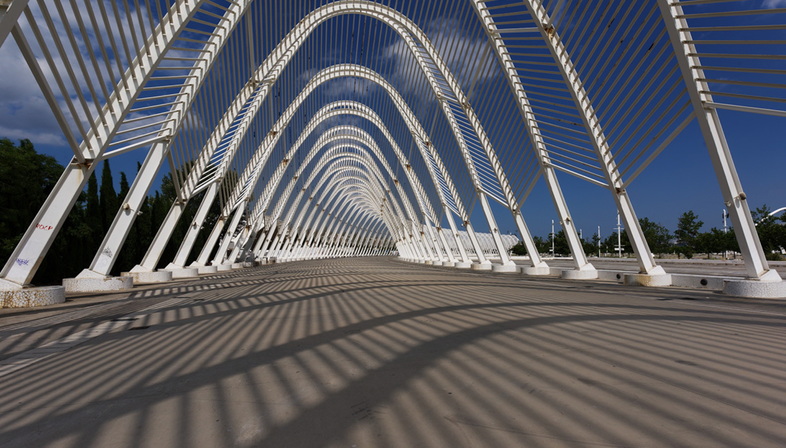 Since 2012 urbEXPO has been held once a year in a historically important establishment in Bochum, Germany. It is one of the largest photography exhibitions about deserted sites and the aesthetics of decline in the German-speaking world.


urbEXPO is approaching its seventh edition with an exhibition at the old Schlegel-Brauerei brewery in the centre of Bochum, a town in the Ruhr basin that has been particularly impacted by the structural change in the area.
Here, deserted sites and the aesthetics of decline are never far from everyday life after huge setbacks caused by the closure of coal mines, steelworks and car factories that shaped the town's industrial and social history.
In the footsteps of last year's event, organiser and curator Olaf Rauch asked participants to submit a series of images in order to raise awareness of each artist's creative flair, based on a common thread. Nineteen participants contributed to urbEXPO 7 and their shots are not limited to German locations but explore abandoned sites all over the world.
For example, you can see the series entitled “Presidio Modelo” by Berlin-based Andrea Bienert, of a prison in Cuba operating from 1931 to 1967, where Fidel and Raul Castro were also detained. Another deserted and eye-catching landmark is a place near Chernobyl, portrayed by Sebastian Klaffka, where the emergency vehicles used during the nuclear catastrophe are stockpiled.
Rainer Moor addresses a more architectural but no less sensitive theme. Calling it “Remains of the 2004 Olympics in Athens”, the photographer captured the monumental sports facilities built for the 2004 Olympic Games in Athens and now completely forsaken.
Two of the participants selected sites in Italy: Christian Schmöger studied the deterioration of a textile factory and Nicole Staniewski photographed an old asylum, both located in northern Italy. “The Asylum” by Kathrin Broden is a treasure of French brutalist architecture, a nursing home for respiratory diseases protected as a listed building since 1999.
In contrast, the Oliver Engel series, “Outside In”, which documents nature's victory over architecture, and “Zurück zur Natur” (Back to nature) by Kristina Salm are very green. “Lost in the Woods” by Thomas Gerwet shows objects in the woods while “Grenzkonflikte” (Borderland conflicts) by Frederik Schildberg portrays abandoned military vehicles in the countryside near Acquisgrana, the famous tripoint of Germany, the Netherlands and Belgium. “Lightpainting meets Lost Places” by Katharina Haney is a real gem. This is the first time that urbEXPO has hosted a light painting work. In this case, various light sources and long exposure photography are used to illuminate objects in the darkness of abandoned places.
Of course, the exhibition, which opens on 8 June 2018, also includes its fair share of more strictly industrial themes in line with its location. 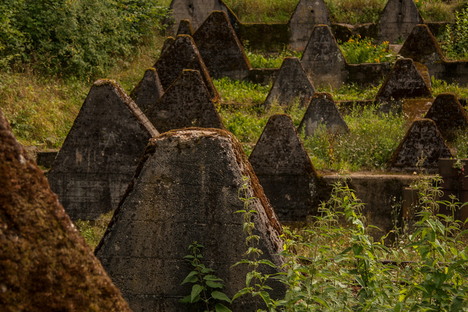 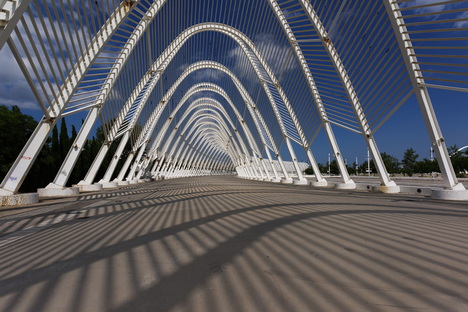 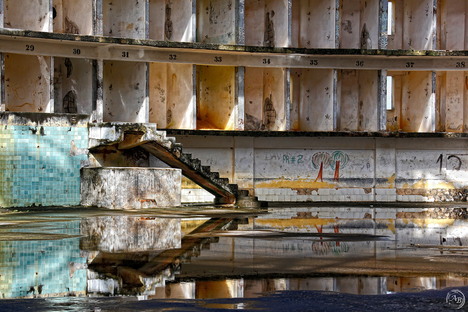 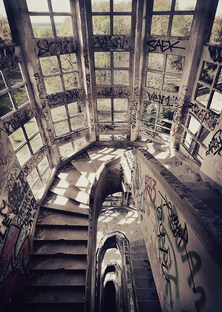 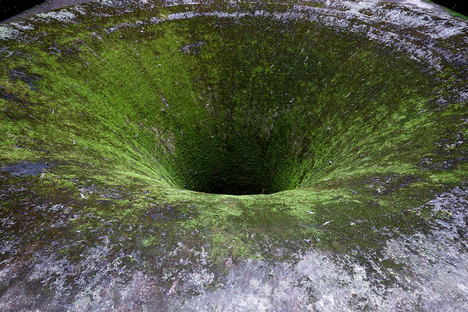 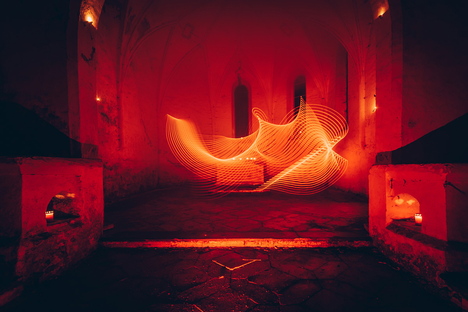 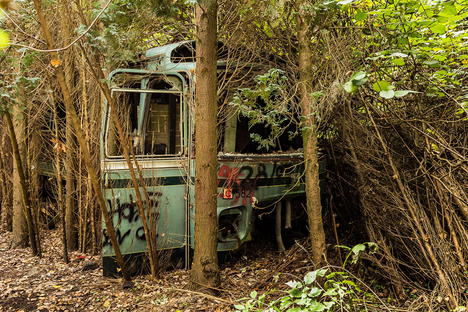 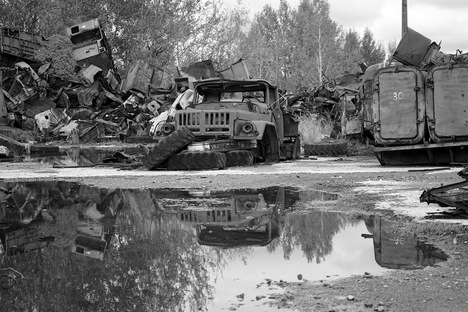 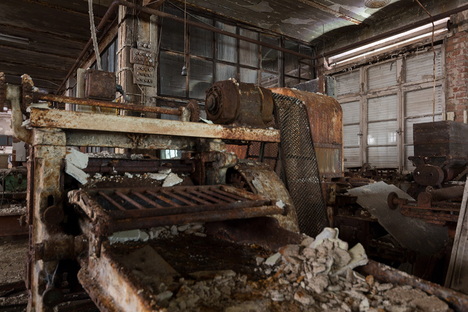 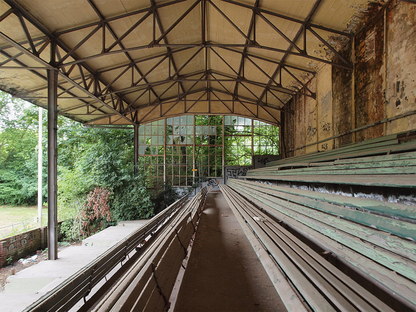 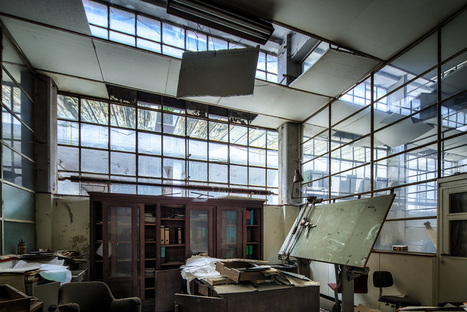 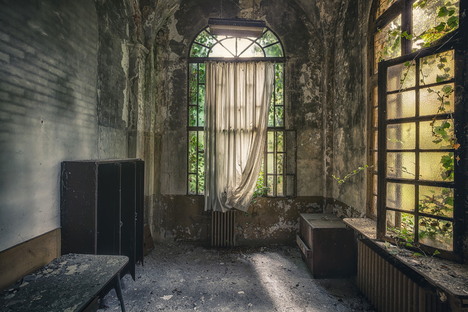