The architects from LUO Studio have completed a new community centre in the village of Yuanheguan, in China’s Hubei province, using the abandoned foundations and concrete columns of a residential project. Design in the name of architectural and urban recovery. 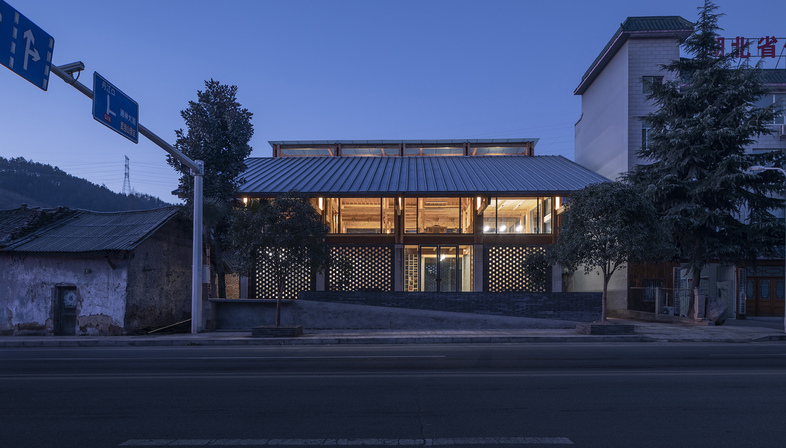 Yuanheguan is a village near the entrance to the Wudang Mountain Scenic Area, a naturally beautiful tourist destination in Central China’s Hubei province. The land where the village committee’s office stood was selected as a site for a pilot tourist development programme. Its surroundings will become the general reception area of a new B&B, making it necessary to quickly relocate the displaced community centre to guarantee continuity of the services for the villagers.
The Chinese architect, Luo Yujie, founder of LUO Studio, studied the village and recommended reusing an abandoned residential plot next to the main road for the new village committee office. This plot had been appropriated for an unfinished development project, leaving the foundations and several concrete structural columns on the site. Repurposing this structure and continuing construction work on these foundations was a perfect way of saving lots of time and money. What’s more, the plot in question is strategically located near the intersection of two main roads, helping to revive the somewhat rundown western part of the village of Yuanheguan.
Once they checked that the existing foundations and columns were fit for reuse, LUO Studio decided to add a timber frame for the upper level of the new centre to keep the load down to the minimum. The existing concrete columns were arranged randomly in a grid, so they added extra timber posts. The new wooden frame structure blends smoothly into the local context of the Wudang mountains and, at the same time, it can be prefabricated, which considerably reduces the construction time. Since the turnaround time was really very short, design and construction practically began simultaneously for a total duration of only two months!
The outside walls on the ground floor are masonry, where grey bricks alternate with glass bricks to allow daylight inside. Conversely, on the first floor, lots of glazing provides great views. A central area with a column spacing of 2 metres divides the space in the new centre into two zones. To the north is an open public area with comfy seating, while the south zone is used for work and meetings. An innovative solution based on the principle of sharing and openness, as opposed to the inward-looking arrangement of traditional village committee offices.
To meet the needs of the population, most of whom are elderly, LUO Studio added a ramp at the centre’s main entrance. The architects positioned a long wooden bench against the west side of the building, in an alley, and here villagers can sit and rest after finishing their daily chores. This area can also be used for casual meetings and for placing public notice boards.
Yuanheguan has very few public buildings and even fewer resources. For this very reason, LUO Studio hopes that the new architecture can both meet the operational needs of the village committee and give villagers an open, shared area, where they can interact and engage as a community as much as possible, a real social hub.
Christiane Bürklein 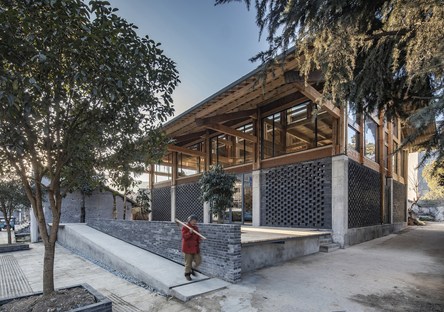 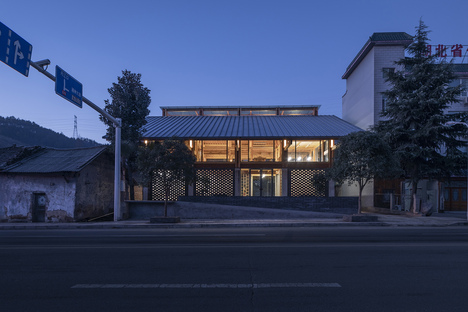 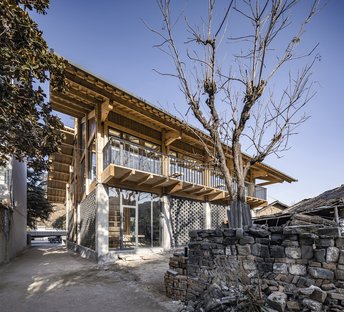 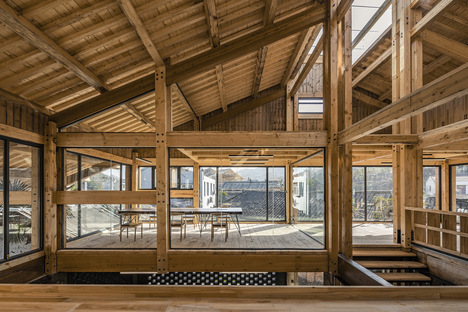 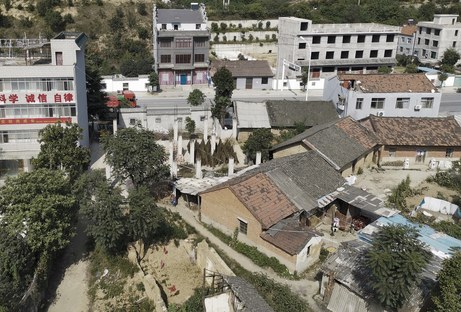 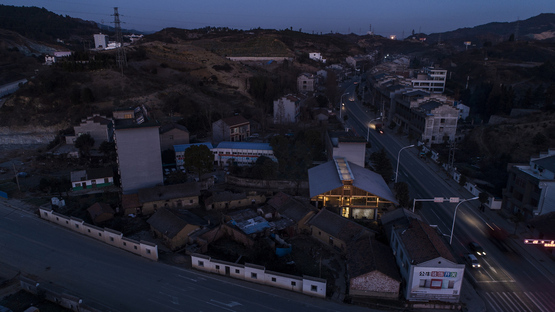 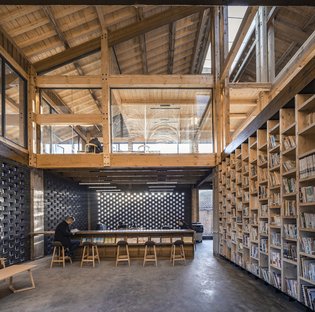 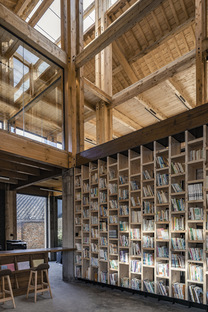 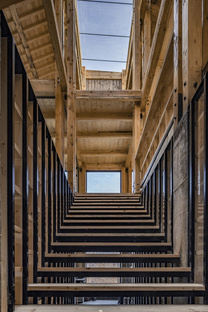 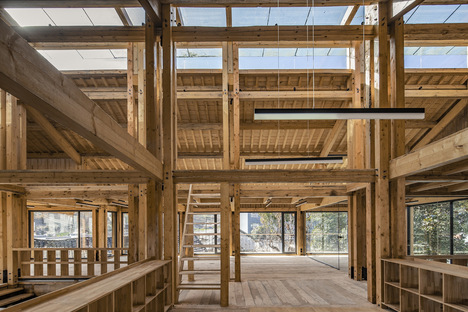 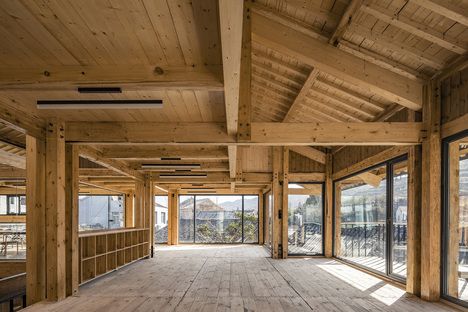 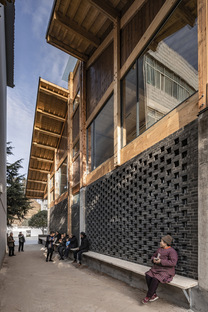 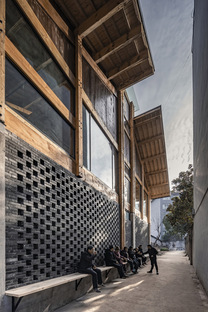 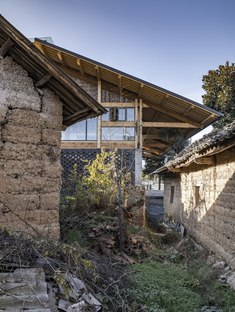 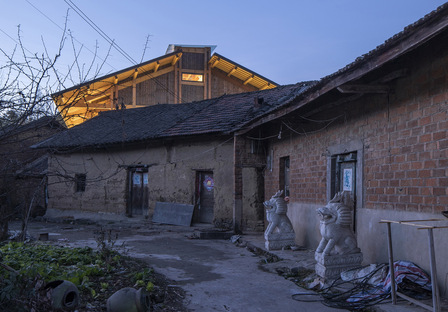 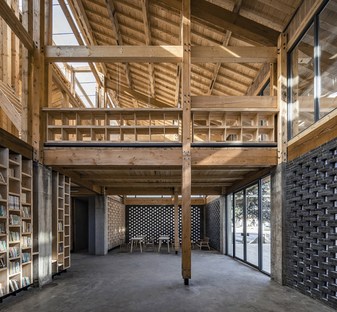 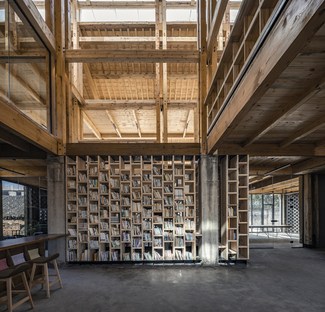