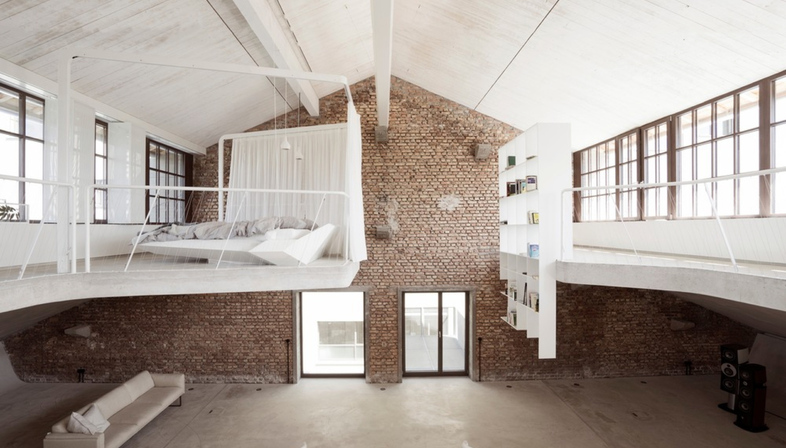 
Restoring existing buildings in the urban fabric is all the rage with architects at the moment. Partly as a result of economic and social changes, many buildings of good architectural quality built in the last century now lie abandoned. The cost of demolition and subsequent land reclamation is often prohibitive, so the redevelopment of structures and the creation of new uses is by far the preferred option.
This is what happened in Salzburg, the city most people associate with Wolfgang Amadeus Mozart who was born there in 1756. The famous Salzburg Festival is also held every summer in celebration of this great composer and musician. Here, the Maxglan district is home to the Struberkaserne, an old barracks. Its armoury - the Panzerhalle - was built in the 1930s to store and repair military tanks; it was a true architectural gem. So much so that in 2013, the local authorities launched an open competition for the restoration of the red brick building, which was completely refurbished and converted into a new hub for the local community, a multi-purpose facility housing a market hall, restaurant, spa facility and co-working spaces, in addition to lofts for different uses.
Here, the Vienna-based studio smartvoll,  who like to think of themselves as a team of non-conventional thinkers, founded by Phillip Buxbaum and Christian Kircher won the architecture contest to craft a 380--square-metre residential loft. The idea was to create trendsetting architecture that would provide a seamless transition between work and creative life.
The contest jury consisted of Harald Klein, one of Germany's most successful hotel designers, Wolfgang Gallas, Head of Development at the Hilton Group, and Harry Gatterer, CEO of Zukunftsinstitut Österreich. The winning project by smartvoll stands out because of its marked use of new and original materials, dominated by polished and waxed concrete, brick and white-coated steel.
The designers wanted to recapture the original charm of the space, so they preserved it, and at the same time added new features. As part of this strategy, smartvoll left the bank of paned windows beneath the roof to give the interiors constant light. The living spaces, bedrooms and bathroom have all been carved into the generously proportioned space like separate volumes.
The highlight of the main level is the seven-metre-long kitchen island made from lava stone, featuring shelves for growing herbs. The entire composition is complemented by the sculptural floating staircase that gradually ascends with a low incline before splitting into two directions, providing a vantage point over the whole loft. This cast-in-place concrete theatrical masterpiece sits well within the eight-metre high loft, despite its eye-catching visual impact.
Other details include a curtained-off sleeping area, a glazed shower that cantilevers over the main area, and a spa with a sauna and a fireplace, all private but visible. From almost every angle, some aspect of the original building shines through.
Since its completion in 2015, the smartvoll project has won many awards, and is now also the 2018 AZ Awards Winner for Residential Interiors, described by the jury as a “visionary architectonic masterpiece”. 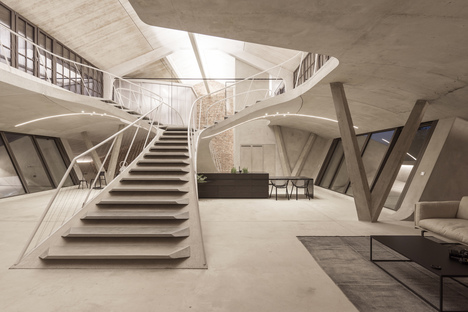 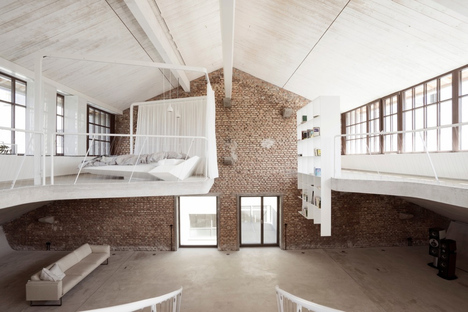 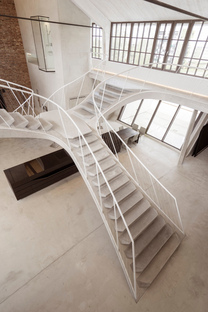 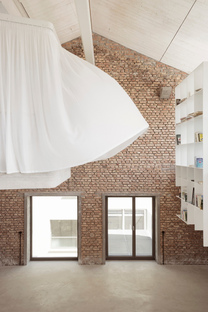 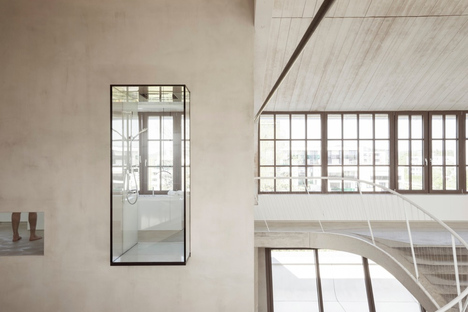 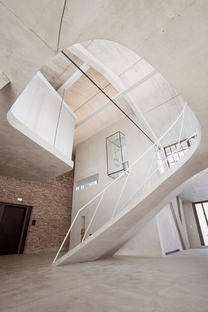 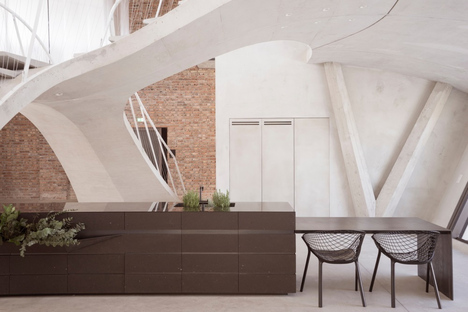 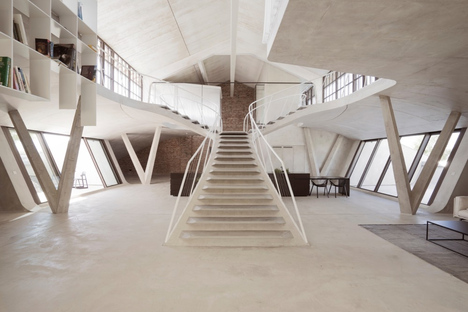 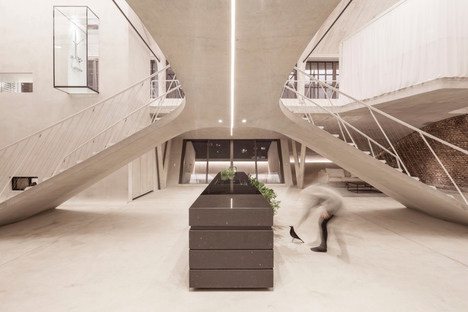 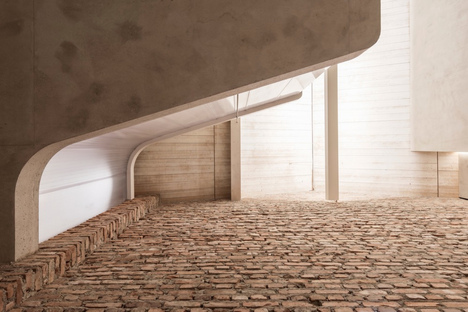 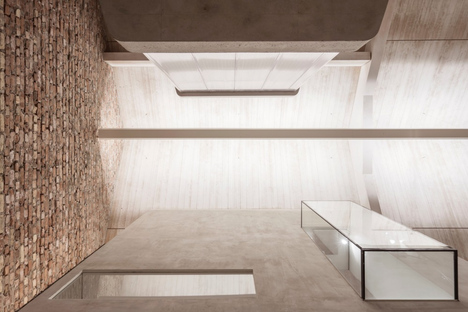 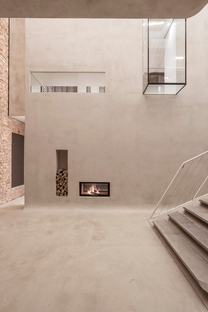 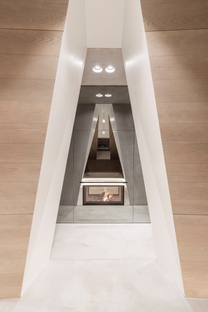 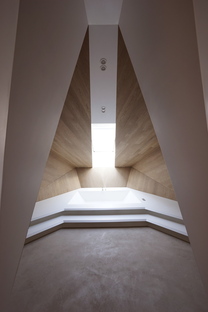 INSIDE, World Festival of Interiors 2015