The latest project by Hitzig Militello Arquitectos is a narrow-fronted bar in Ushuaia in Patagonia, Argentina, the southernmost city in the world. 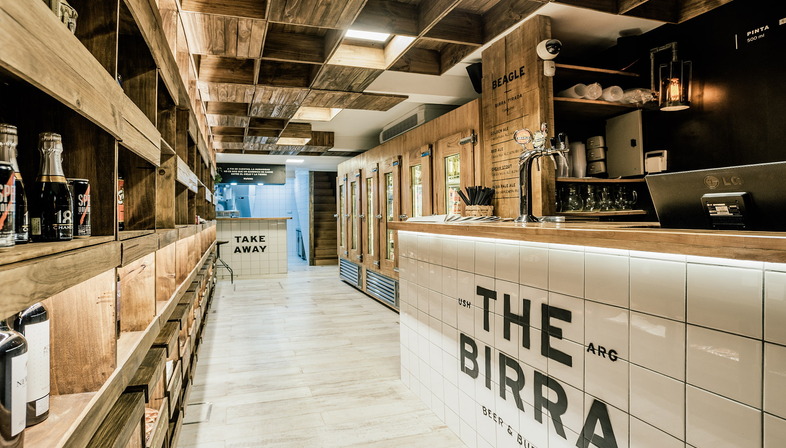 The latest project by Hitzig Militello Arquitectos is a narrow-fronted bar in Ushuaia in Patagonia, Argentina, the southernmost city in the world. A challenge that the architects responded to with a nod to classic Argentinian traditions and materials to craft a really welcoming tavern.


Ushuaia is commonly regarded as the southernmost city in the world, the capital of the Argentine Province of Provincia de Tierra del Fuego, Antártida e Islas del Atlántico Sur. Clearly, the approximately 50,000 residents of the city, despite - or perhaps because of - the rather extreme climate with temperatures rising no higher than 10°C even in summer have a social life and now they've got a new hotspot to go to - The Birra bar designed by Hitzig Militello Arquitectos.
The venue has a usable floor area of 90 square metres on two levels and is just 2.75 metres wide. The aesthetic of this brewery, where patrons can also tuck into hamburgers, is marked by traditional Argentinian food warehouses, dominated by wood. Here, the front facade has been clad with locally sourced Lenga wood, which is also used on the ground floor walls and old wooden boxes have been repurposed as storage containers and shelves.
Still, the real symbol of The Birra is the “growler”, namely the tankard where craft beer is traditionally bottled and sold. Of course, the beer growlers are stacked on the shelves and in the fridges but they are also used as lamps in the bar's public areas.
The design choices of Hitzig Militello Arquitectos underscore the reference to the food warehouses. The anthracite wall on the ground floor, set up as a self-service and take away zone, acts as a menu and specials board and creates a nice contrast with the white tiles of the counter. On the upper level, bespoke tables and seating invite a more relaxed conviviality. The wood also helps craft a warm, welcoming atmosphere, just what you want when winter is on its way in and you can only count on an average of 3 hours' sunlight a day (as long it doesn't rain or snow)! 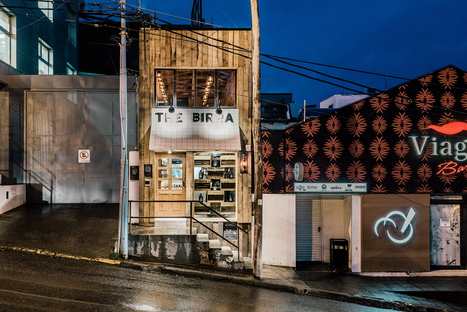 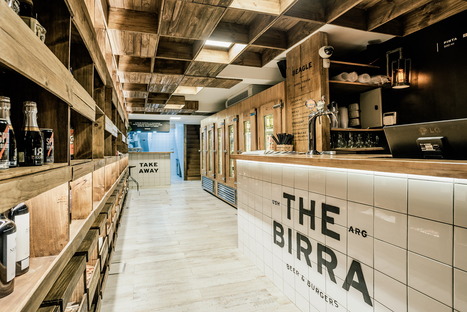 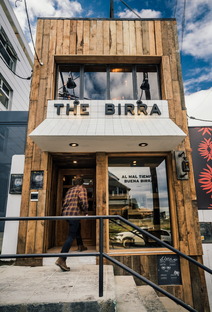 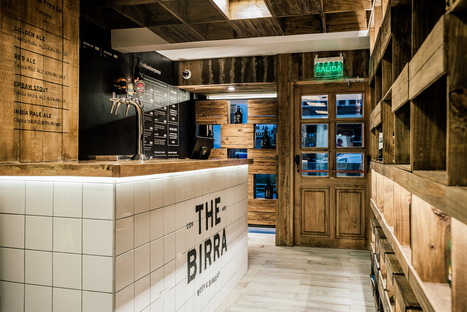 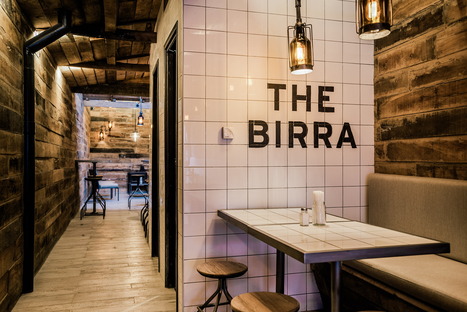 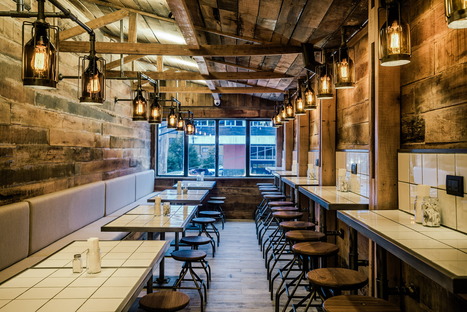 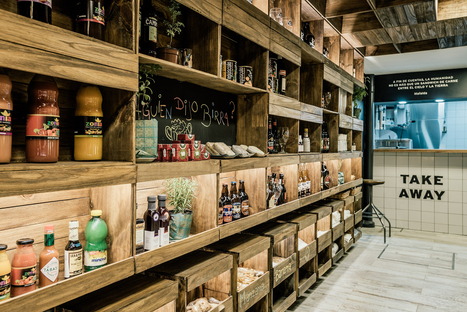 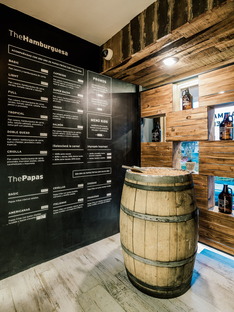 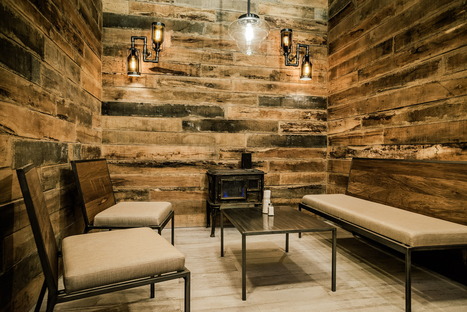 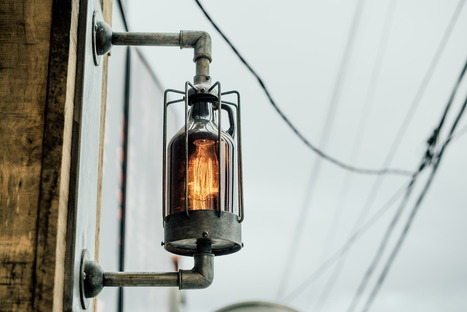 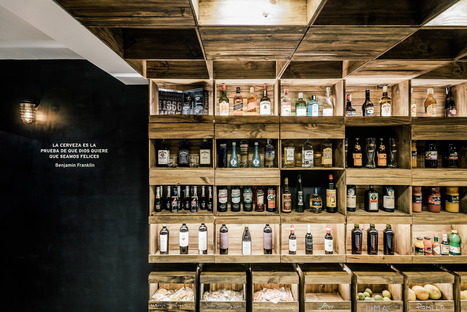 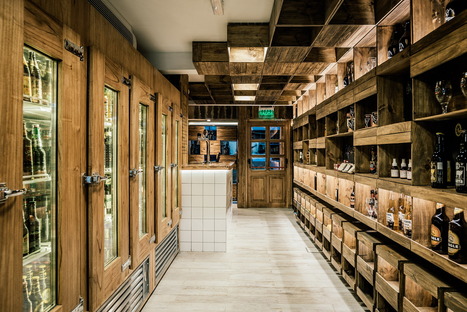 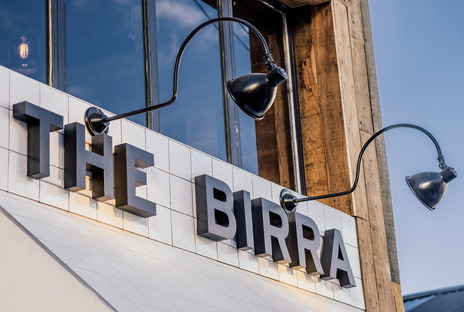 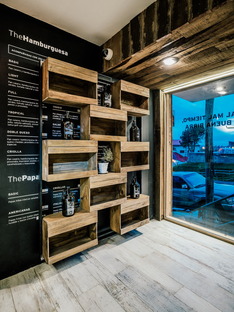 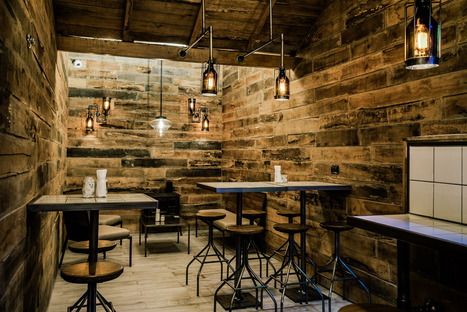 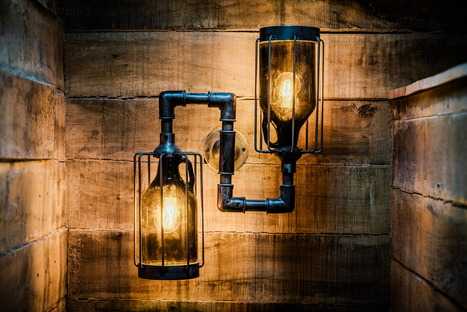 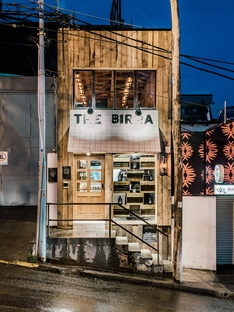 Casa Olmo, literature and interior design at the end of the world