Casa Olmo, literature and interior design at the end of the world

The Argentine firm, Hitzig Militello Arquitectos has designed a new venue in Ushuaia, the world's southernmost city in Patagonia, Argentina. 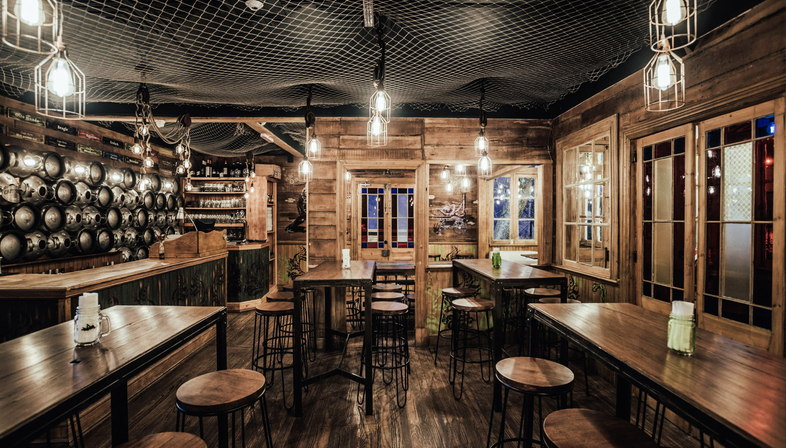 The Argentine firm, Hitzig Militello Arquitectos has designed a new venue in Ushuaia, the world's southernmost city in Patagonia, Argentina. The interiors of Casa Olmo play with the imaginings of literature, from the underwater world of Jules Vernes to the discoveries of Darwin.


Ushuaia, Tierra del Fuego, Patagonia: names and places that stir up the emotions, the desire to travel to the ends of the earth and even the memories of adventure books read when we were young. You can find all of this - plus excellent beer - at Casa Olmo, the latest project by Hitzig Militello Arquitectos, who have come back to work in Ushuaia, “the city at the end of the world” as the tourist slogan brands this capital of the Argentinian part of Tierra del Fuego. The city is located on the shores of the Beagle Channel, only 43 Km from Cape Horn, the southernmost strip of land in South America, which is actually in Chile. Ushuaia has boomed in recent years and now has a population of about 57,000; it is also the main port of departure in the world for expeditions to Antarctica.
This sets the scene for Casa Olmo, a pub that goes by the name of the original, traditional house, built early last century by the Olmo family, one of the first families to set up home here. The clients wanted to both preserve the original building and share it with lots of other people. So they decided to convert it into an eatery and pub that would embody the spirit of the place and its magic.
Hitzig Militello Arquitectos were delighted to take up the challenge, from the overall architectural project to the interior design and the venue's branding. The architects drew on the wealth of imaginings associated with this region, with special reference to the fantastic marine world of Jules Verne. Creatures from the deep, algae and elements of nautical life such as a compass, ancient maps and open pipework blend in a decorative mix that gives the warm, wood-dominated interiors a touch of magic.
For the bar itself, the architects used old beer barrels as a tribute to the brewery sponsoring the pub. Together with the bespoke lamps operated by cables and pulleys used by local boats, they add a slight industrial-style design to a place where time seems to have stood still.
With Casa Olmo, Hitzig Militello Arquitectos has confirmed their true great interpretations of the spiritus loci, skilfully bringing together local resources, storytelling and design. 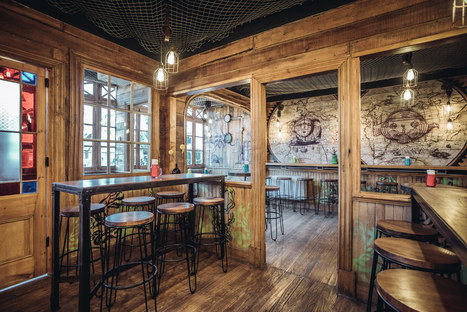 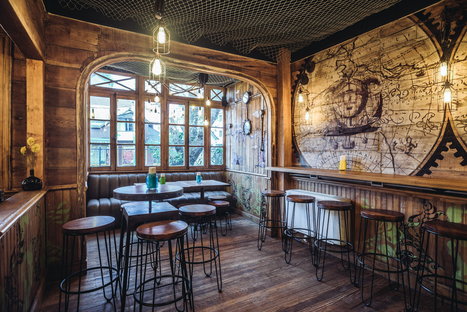 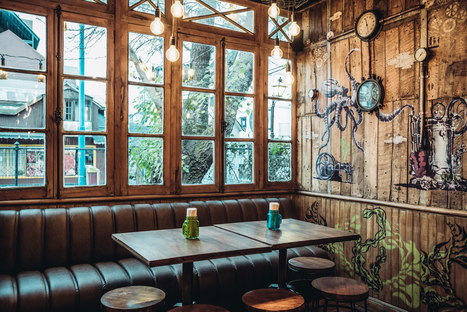 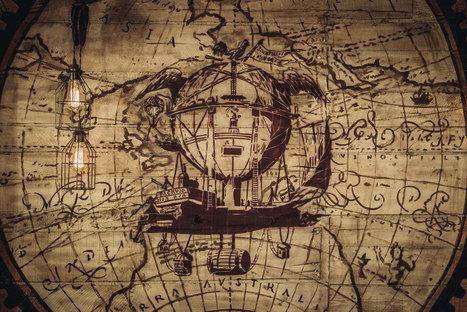 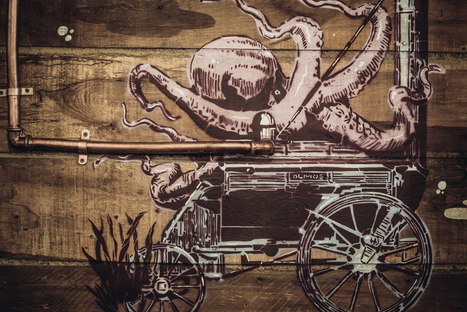 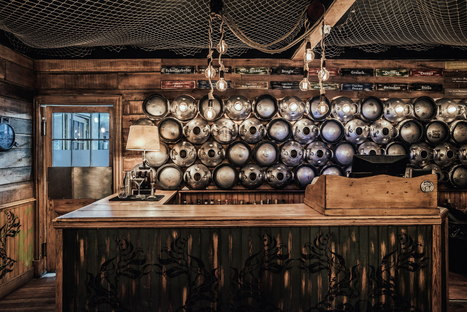 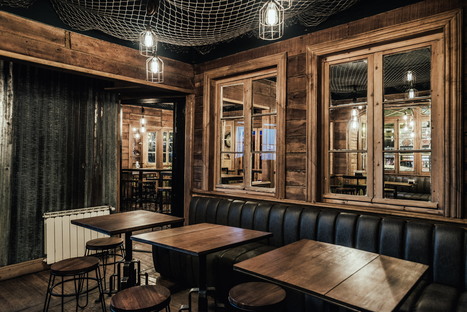 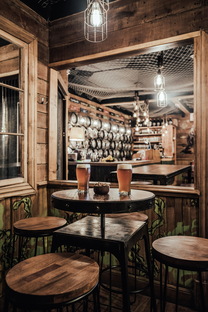 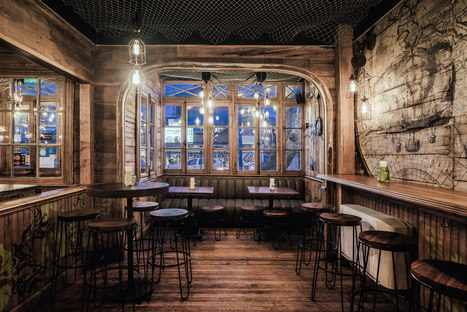 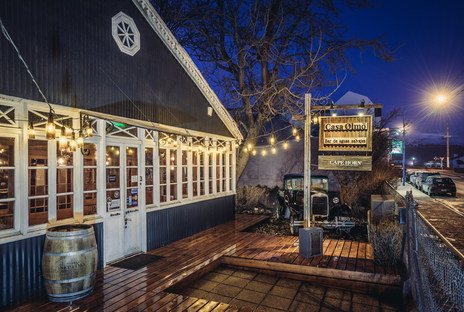 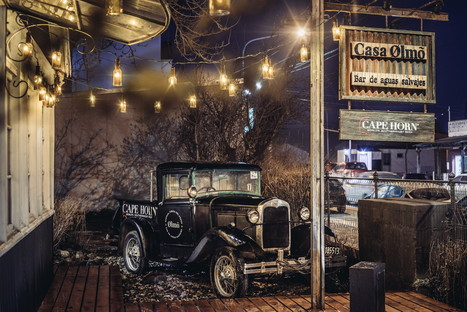