A complex dating back to 1899, originally built to produce ice and provide cold stores, has now found a new use in the areas of art, architecture and culture, providing exhibition and co-working spaces. 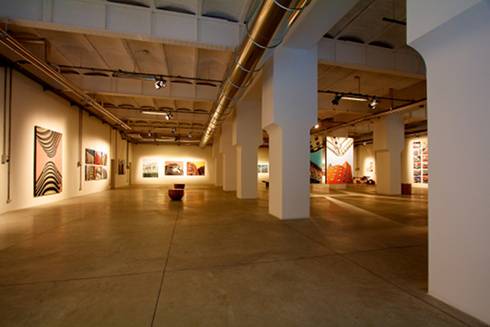 The redevelopment project by architecture firm 5+1AA began in 2003, with the establishment of Open Care – Servizi per l'arte (services for art). The refurbishment of the historic industrial complex includes the Art Nouveau Palazzo del Ghiaccio or Ice Palace, which was, at the time of its construction in 1923 then the biggest indoor ice-skating rink in Europe that has now been turned into a multipurpose space.

Still, only a very small part of the previous potential was exploited, leading to the idea of a “condominium” that would also attract other companies in the same sector.

Now, ten years down the track, the Frigoriferi Milanesi complex is an important benchmark for Milan, offering a great deal for the city’s culture and leisure.

From 2nd to 7th October 2012, the facility is hosting with Frigodays some of the Settimana della Comunicazione (communications week) events, itself bearing an important message – the intelligent adaption of previous structures to new uses, opening up to the increasingly common concept of Co-working.

This is where the “Silent Wild Invasion” workshop on 3rd October comes into the picture, offered by Philo (Scuola Superiore per Pratiche Filosofiche – higher education in philosophy) that is located in Frigoriferi Milanesi. The workshop will include a presentation of bottom-up territorial exploration, where ordinary people move through the city to explore all of it, providing valuable information about the quality of the territory that can be of assistance for future urban planning.