The Ecuadorian architecture firm Taller General has created a small but far-reaching project in the historic centre of Quito. This adaptive reuse converting a tiny space into a home for one or two people is both economically and environmentally sustainable. 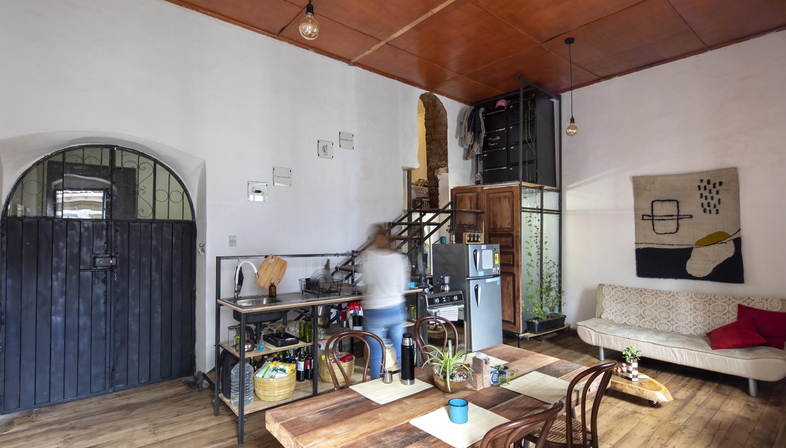 The City of Quito was the first city ever to be declared a UNESCO World Heritage Site back in 1978 because it has the best-preserved, least altered historic centre in Latin America. It has at least 130 monumental buildings and about 5000 properties registered in the municipal inventory of heritage properties. Right in the heart of the old colonial centre of Quito, there is a disproportionate number of disused spaces inside these heritage buildings, and refurbishments here require a lot of care and creativity.
The architects from Taller General have built quite a lot of experience in projects to convert small, complex spaces. Our readers will remember Escenario Alterno 01 from 2018, where they designed a versatile, welcoming home for two students.
In the makeover of this project, called Escenario Alterno 02 Taller General was faced with an even more significant challenge. Because this time, not only were they tasked with adapting a 28m2 as a small home for one or two people, they were also required to create a prototype that would be replicable for people not in the building trade.
The existing premises were divided into two by a simple wooden partition and have an extra 5m2 half a floor above. This quite impractical and rather complicated situation is repeated in many of the buildings in the historical centre of Quito due to all the subdivisions made to the original, large constructions, rendering some of the spaces unusable.
To avoid disturbing the existing adobe construction, the designers came up with a kind of self-contained structure that incorporates the kitchen, bathroom, stairs and storage areas. This scaffolding was built using 1¼" (about 3 cm) square metal structural tubes to make sure it would be robust, yet light and easy to assemble. It was necessary to guarantee the stability of this load-bearing frame and ensure that it would not be too difficult to build so that the proposal could be replicated in other buildings suffering from similar conditions. Bolts were used to connect the tubes, meaning that the entire structure could be assembled in a week and without qualified tradespeople, unlike a welded frame where expert craftsmen would have to be called in.
The supporting surfaces, as well as the walk-over surfaces of the scaffolding, were made using wooden boards as we can see with the kitchen shelves, the steps, the rest of the stairs and the floor of the cabinet platform. And to create the bathroom cell, Taller General used glass, polycarbonate and wooden doors, all strictly recycled. Even the sanitary fixtures were repurposed.
The driving idea behind Escenario Alterno 02 is the ease of execution for an intervention of this kind. Because it is quite common for women to convert and live in spaces like this, the goal was to construct a prototype to work out how hard it would be to assemble, so they would be able to address any problems that might arise. So the architects held construction meetings with women to promote collective processes of self-organisation and to create an alternative construction model for women to make them more self-reliant and so they could experiment with the socially assigned gender roles in the building industry. In short, Taller General presented a genuinely alternative vision! 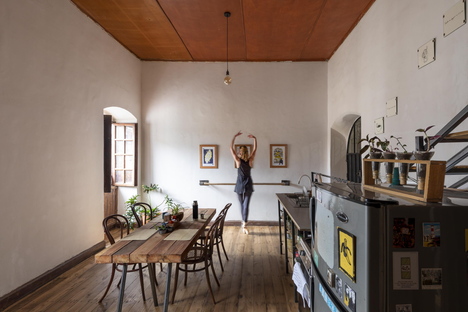 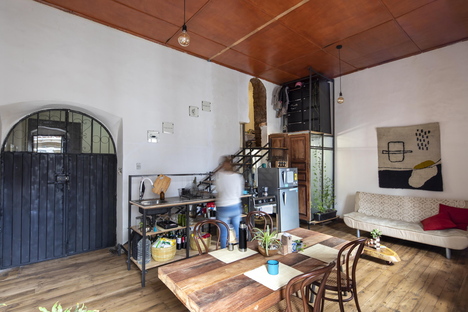 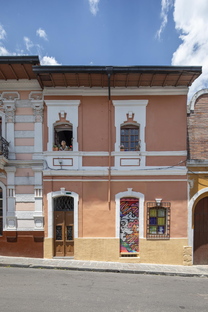 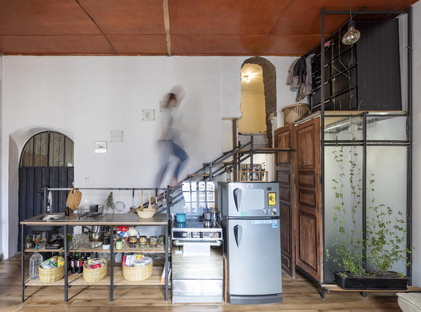 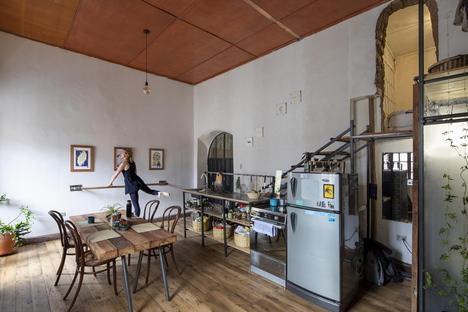 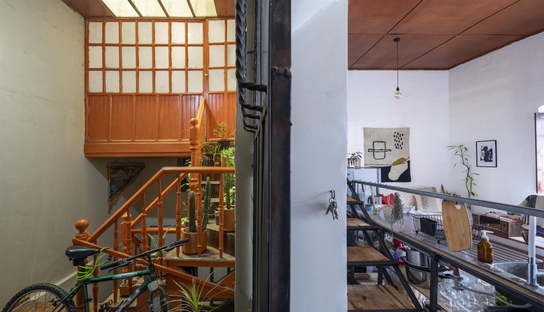 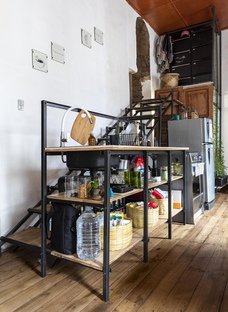 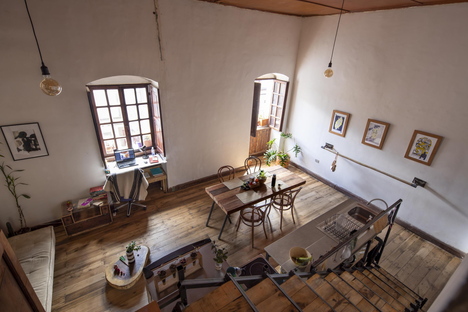 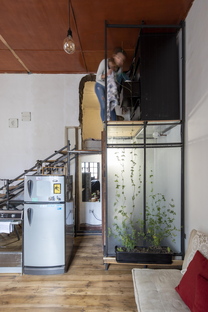 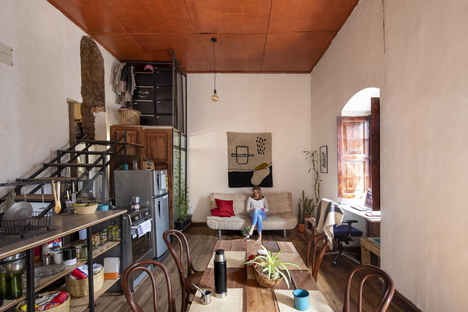 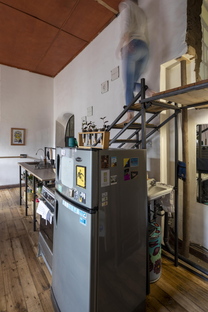 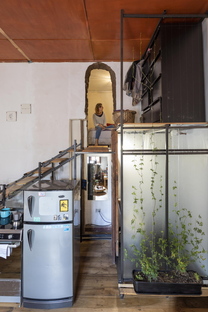