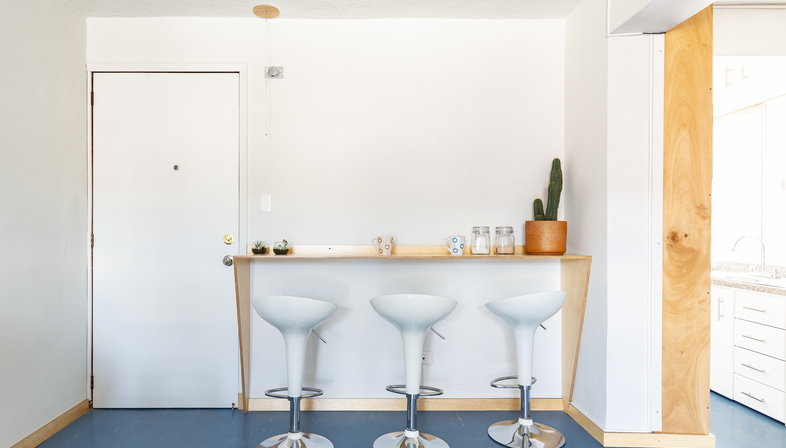 Taller General architectural firm in Quito, Ecuador, has designed a small but versatile apartment for two students. An intelligent response to a modest existing unit that, thanks to sustainable architectural solutions, has been optimised and adapted to the needs of the young occupants.


If we want to limit the environmental impact of our homes, restoring existing buildings rather than a new building with more wasteful use of resources, including land, which is becoming increasingly scarce, particularly in metropolitan areas. Renovating is also an economic issue, being lighter on the purse because it allows interventions to be adapted to the resources of the buyers.
This is the case in Quito, Ecuador, where the design team from Taller General was asked to refurbish a small apartment of only 65 square metres in an apartment building in the city centre, and adapt it to the new occupants, two students.
A truly modest unit, without much light and an ill-advised division of the spaces, a challenge to which Taller General responded by identifying with the inhabitants. They came up with smart, sustainable design solutions, the first one being the redistribution of the rooms: they managed to carve two large rooms with their own bathrooms from three poky rooms. The shared area - dining room and kitchen - can also be turned into a guest room, if required, to accommodate the visits of the parents or friends of the two students away from home.
To make the most of the very little inhabitable area, the architects rethought the partition walls and turned them into active elements of the home by fitting them with storage, a table, a bed, a laundry space, cupboards, shelves, all without having to go without necessary comforts, despite the limited space. This solution also enabled Taller General to repurpose some of the existing parts of the home, like the kitchen, which has been packed into a kind of cupboard formed of a custom-designed plywood storage wall. The decision to go with translucent sliding doors, which are made from recycled automobile parts, also improved the apartment's natural light and its enjoyment, adding a touch of minimalist elegance.
The end result is a house for two that is not surprisingly known as Escenario Alterno, alternative scenery. Because here the architects from Taller General gave the home a real makeover, looking at it with new eyes, to paraphrase Proust's famous words, “the real voyage of discovery consists not in seeking new landscapes, but in having new eyes” and applying them here to come up with an innovative design solution. A virtuous example that shows the great potential of existing buildings to drive the creativity of designers who are prepared to take up the challenge. 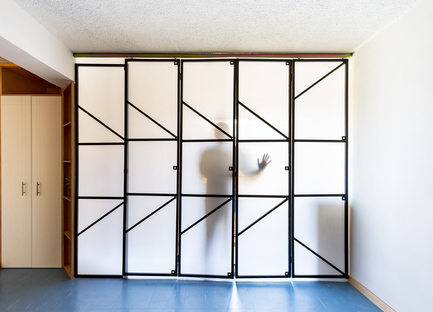 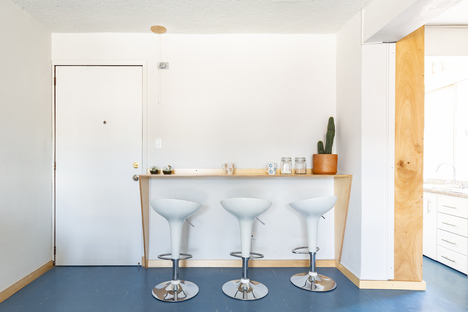 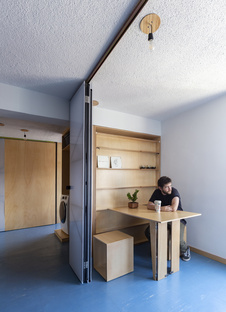 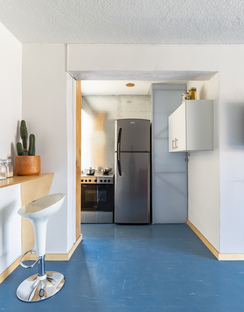 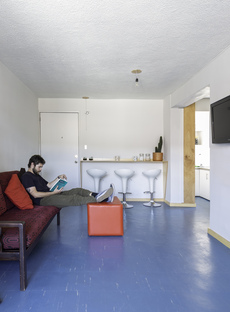 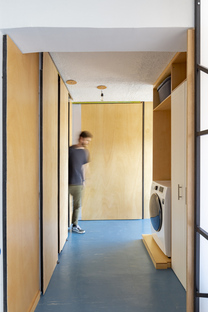 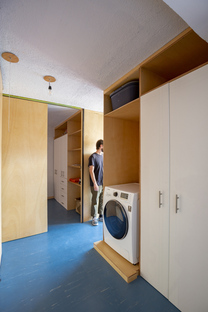 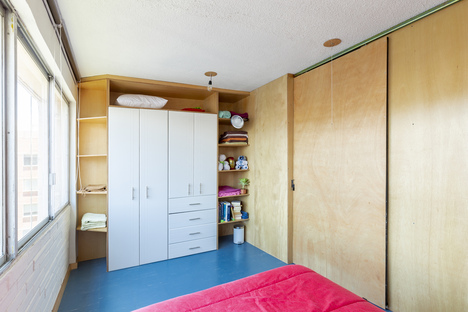 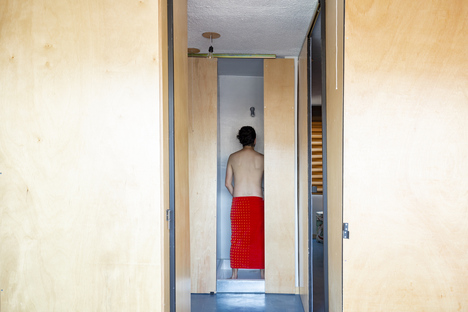 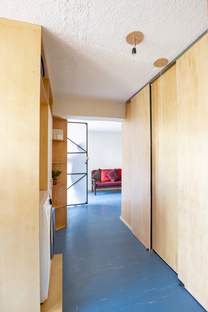 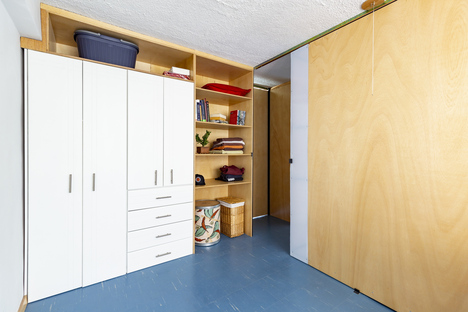 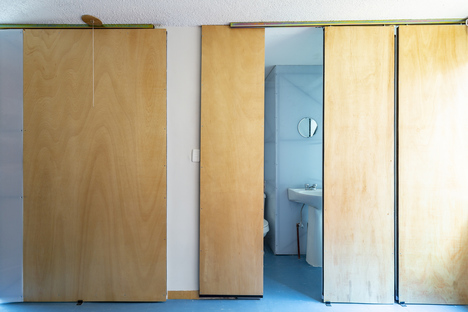 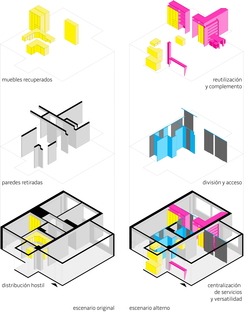 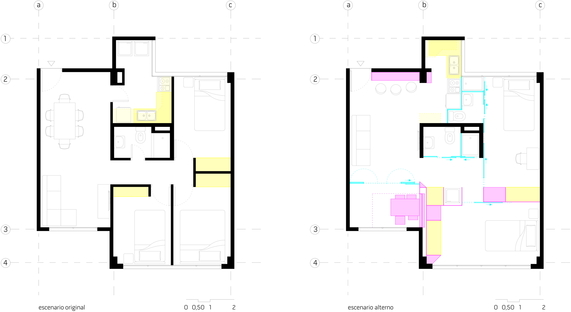