DELORDINAIRE and the High House, Canada

The DELORDINAIRE architecture studio of Adrian Hunfalvay, Erwan Lêveque and Jean Philippe Parent has created an iconic house that enables the best use of the natural setting - the High House in Mont Sainte Anne, Québec, in Canada. 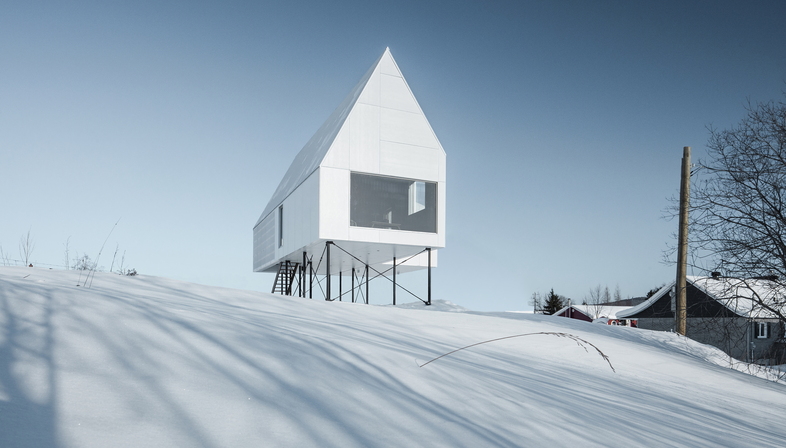 The DELORDINAIRE architecture studio of Adrian Hunfalvay, Erwan Lêveque and Jean Philippe Parent has created an iconic house that enables the best use of the natural setting - the High House in Mont Sainte Anne, Québec, in Canada.


Mont Sainte Anne is a popular ski resort 40 km north of Québec in Canada. This is the natural backdrop for the High House, the latest project by DELORDINAIRE cbased in Paris with a satellite office in Montréal. A firm founded in 2015 by Australian-born Adrian Hunfalvay, French Erwan Lêveque and Canadian-born Jean Philippe Parent.
Their approach to design is as heterogeneous as the founders, manifested in visually striking creations that really respect their context.
High House, because of its position and designed as a relaxing place away from the city, plays with the limit between interior and exterior. It does so unexpectedly because the volume stretches upwards and has a traditional, very steep gabled roof and sleek lines, but it also stands on stilts, almost like a hut in the tropics.
By going with this design, the DELORDINAIRE architects minimised its footprint on the one hand and created a protected outdoor space under the house on the other. A black steel staircase - the same material as the stilts - takes you up inside the actual home.
High House is clad in white concrete panels and looks like it hovers over the land, an optical effect reinforced by the thick layer of snow in winter, and in summer the pure white outline stands out against the green backdrop of the mountain.
The design team added large windows - particularly in the lounge with uninterrupted views above the tree line and surrounding houses - to underscore the dialogue between indoors and outdoors. Conversely, at night, the High House looks almost Japanese, like a rice paper lantern, simply because at the height of the interior stairwell, timber latticing with opaque glass has been inserted and stresses the almost fairy-tale touch of this unusual chalet.
High House by DELORDINAIRE is a gorgeous example of how awareness of the context can be used as a playful tool to set up an interesting connection with it, resulting in a contemporary, innovative building. 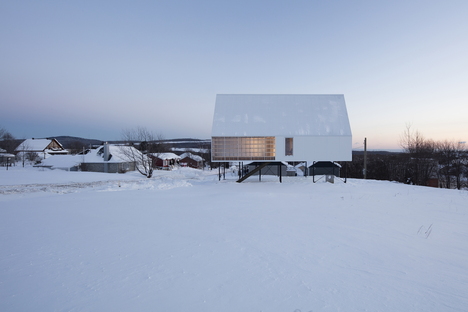 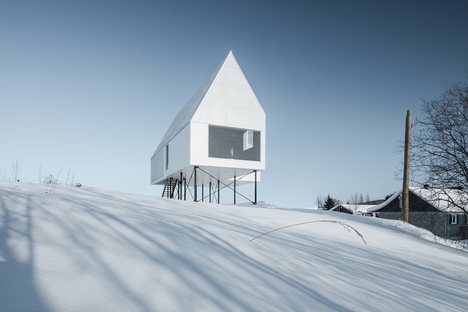 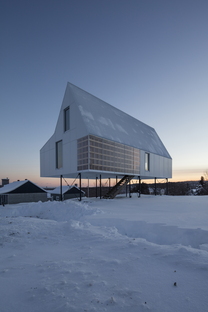 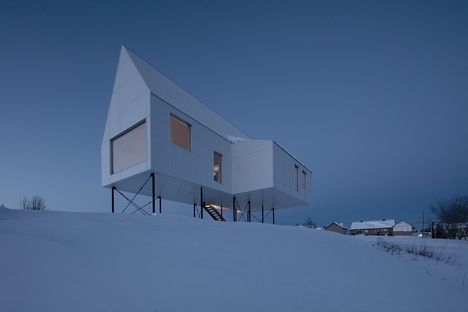 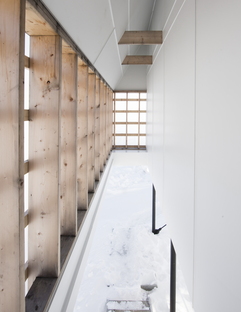 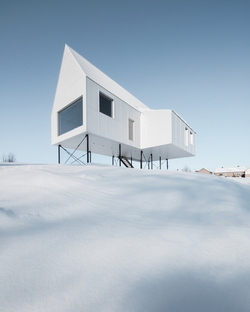 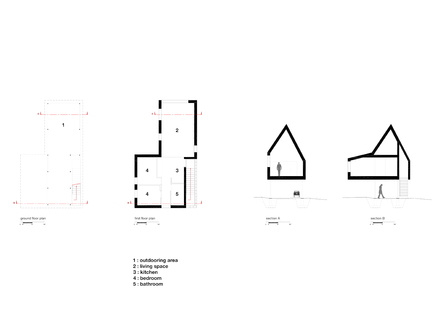 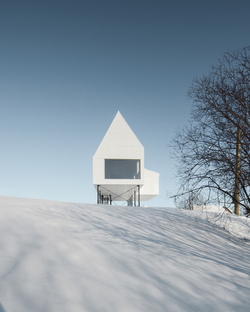