“a”, a new restaurant by architectural studio Baranowitz & Goldberg in Tel Aviv, offers a harmonious combination of the heritage of Japanese design, European materials and Israeli flair. The result is captivating, timeless interior design. 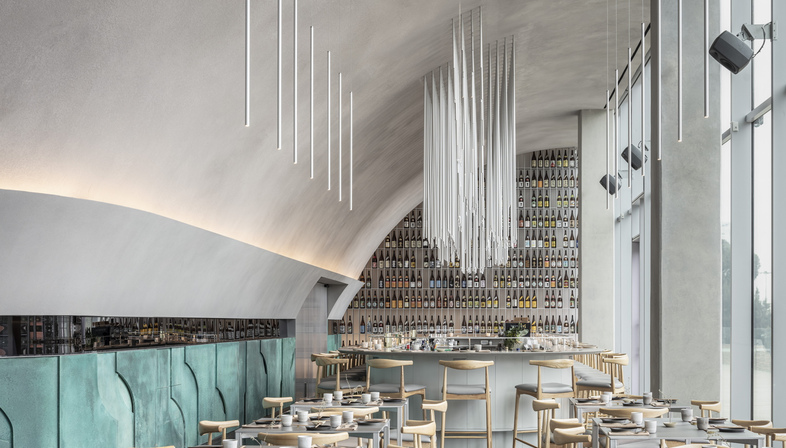 The latest new project by Israeli architectural studio Baranowitz & Goldberg, completed in November, is "a", a restaurant opened by acclaimed chef Yuval Ben-Neriah on the second floor of Tel Aviv’s Azrieli-Sarona Tower. The tower designed by Moshe Tzur Architects and Town Planners is Israel’s tallest building and an important landmark on the city skyline at 238 metres. Here Irene Goldberg and Sigal Baranowitz, the studio’s founders, have created a distinctive, brightly lit, minimalist space that sets the stage for the chef’s culinary ingenuity in a cosy, timeless setting.
The new culinary and architectural experience is accessed via a clandestine entrance on the same level as the shopping centre. Upon crossing the threshold of the new restaurant, we enter a new world, leaving the hectic pace of Tel Aviv behind with the aid of a curved wall that gently ushers diners towards the door to "a" at the end of a long vestibule. Rising about 1.10 metres from the floor, an unusual aquamarine oxidated panel in varying textures and shapes becomes the trait d’union maintaining harmony despite the dichotomy between hot and cold, spicy and sweet, salty and sour, in an architectural reflection of Yuval Ben-Neriah’s cuisine.
The curved wall is flanked by a straight perpendicular wall which becomes the key architectural element, defining and sculpting the main restaurant space. Dividing the kitchen from the restaurant and extending all along the hall, the straight wall forms the base of the half-arch that governs the entire room: a classic architectural form, based directly on the proportions of the space containing the restaurant, long, tall and narrow like a classical colonnade or a church nave.
The choice of surface coverings is very important in this project, including the turquoise-coloured copper at the base of the wall. As the architects explain: “The patina recalls classic domed edifices and sculptures adorning western cities and elegantly expressing the passage of time".
The entire western wall of "a" is ensnared in glass to let in plenty of natural light, allowing diners to enjoy the special effects of sunset and ensuring that the restaurant visually interacts with Tel Aviv’s Sarona complex and the nearby park, establishing a strong connection between inside and outside.
The “saké library” at the far end of the restaurant is a little jewel: a brushed aluminium construction defining the end of the convivial space and providing a backdrop for the restaurant’s central bar. The furnishings, including the chairs, are custom-designed to be perfect for the setting.
Let us conclude with the words of Sigal Baranowitz, co-founder and principal of Baranowitz & Goldberg: "‘a’ is a destiny fulfilled; a space that was created to feel as if it has existed for centuries. The process of manifesting Chef Ben-Neriah’s idea to fuse Japanese and Western cultures into a slick lively elegance drove us to draw upon classic architectural idioms of form and matter in these two cultures. Our process in re-sculpting two contrasting identities lead to the birth of a space that is calm yet assertive and is well suited to represent the gastronomical experience”. 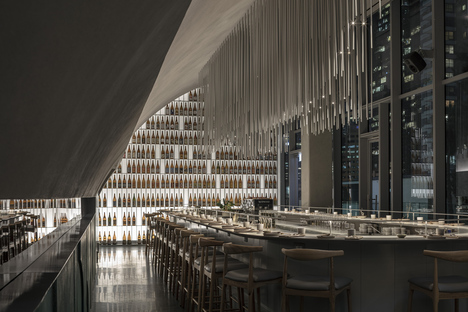 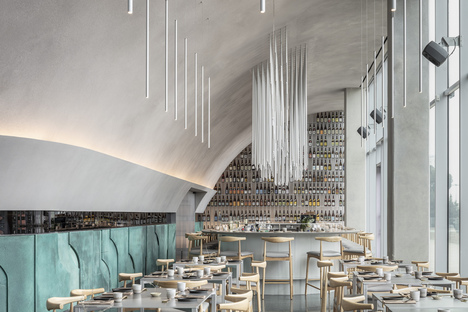 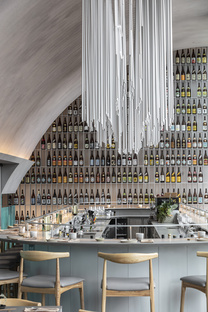 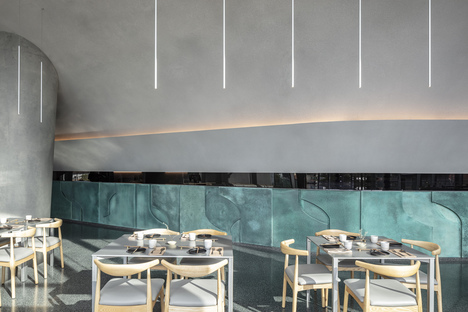 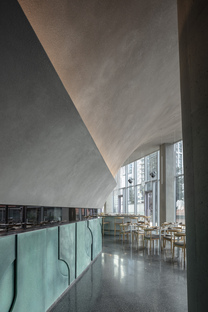 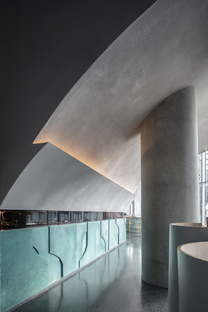 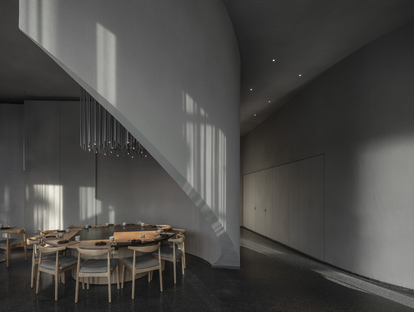 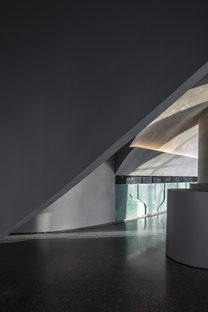 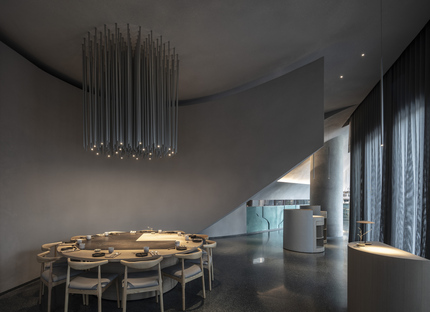 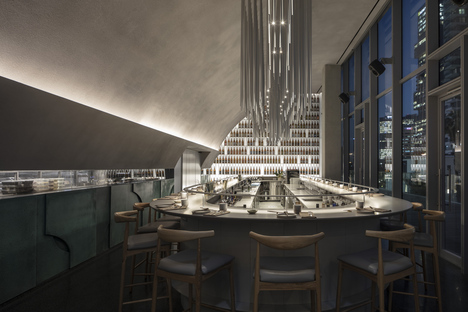 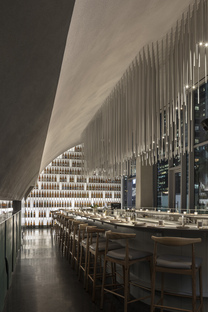 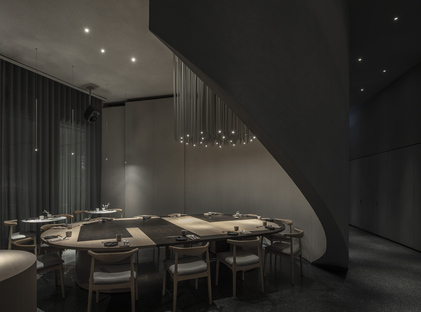 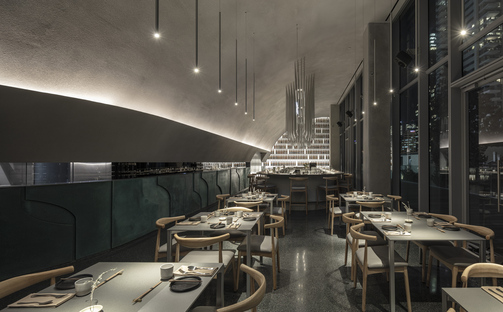