Israeli studio Bar Orian Architects has constructed a new building in an unused space in one of Tel Aviv’s most popular neighbourhoods. Mapu 5, only 200 metres from the sea, was created on a vacant lot and now pays tribute to the unique Middle Eastern and Mediterranean architecture of Tel Aviv’s White City, a UNESCO World Heritage Site. 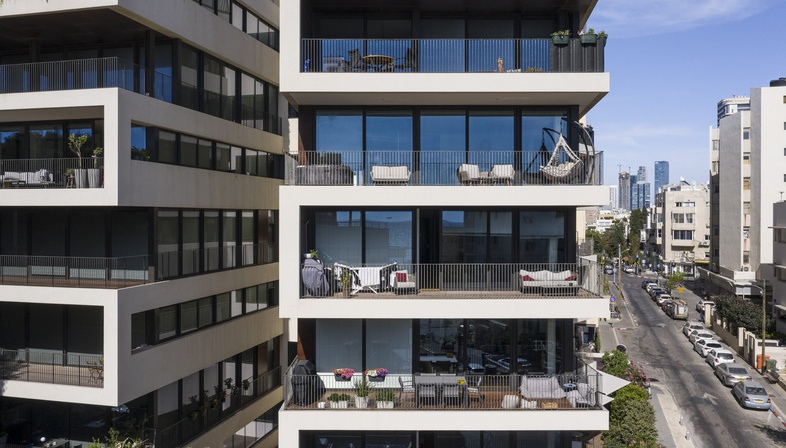 Building in a consolidated urban area is a major challenge for architects, especially when the context is as complicated as Tel Aviv, renowned for its UNESCO World Heritage Site: the White City in Tel Aviv is an outstanding large-scale example of the innovative town planning ideas of the early twentieth century. The neighbourhood’s architecture sums up a number of the most significant trends in the Modernist movement in architecture which evolved in Europe, becoming an example of how these trends could be implemented with respect for local cultural traditions and climatic conditions.
This is the context of Mapu 5 by Bar Orian Architects, a new residential building of square shape located at the corner of Mapu and Yehoash Streets on a large vacant lot of unusual shape, in an enviable position only 200 metres from the seaside promenade. The building rises on five floors above a ground-floor garden apartment, with the upper levels set back from the façade: a feature inspired by the eclectic architecture of Tel Aviv, representing an adaptation to the typically hot, damp Middle Eastern climate and expressing the social, functional and climatic principles of the city as well as its design-based aesthetic.
The architects explain in a note for the press: “The façade of Mapu 5 exists as a contemporary interpretation merging the zeitgeist balconies of the early 1920’s and a dichotomous concept of a sunken or projected balcony, blurring the relationships between the exterior and interior of each residence. This aspect creates a distinct visual language that combines the typology of protruding balconies that reveal private life to the street. The typology of sunken balconies also portrays a feeling of intimacy, privacy, and a homogeneous connection to the inner living space.”
The architects of Bar Orian succeed in their intent of elevating the beauty of the surrounding neighbourhood, with its abundance of rather drab buildings differing only in the graphics on their façades. Mapu 5 creates a new architectural aesthetic of the rapidly growing coastal city; but the architects also realise that they are working in a privileged situation in view of the site’s potential, which allowed them to create a highly sculptural architectural volume.
The new apartment building is an asymmetric sculpted "object" in which modernist elements such as strip windows and structured pergolas are used to frame the landscape. Skilful balancing of the building’s various parts creates cohesion and equilibrium, for a prestigious living experience that employs passive design solutions to improve the building’s environmental performance. Thus Bar Orian elegantly combines the traditions of the White City with the demands of contemporary living. 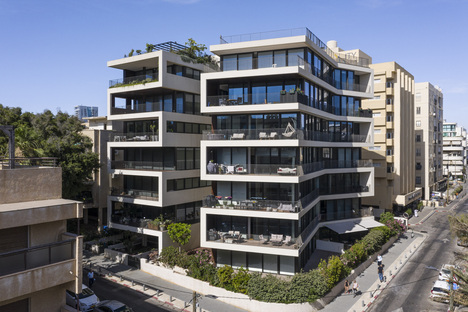 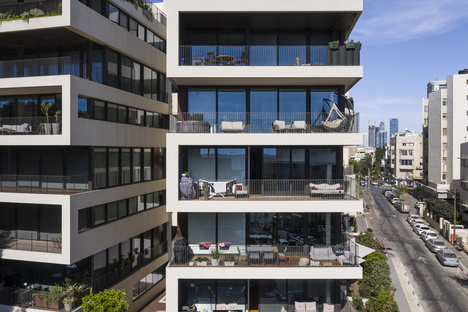 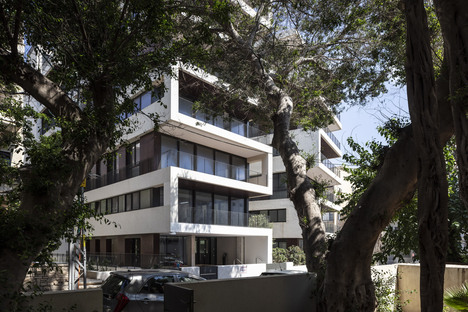 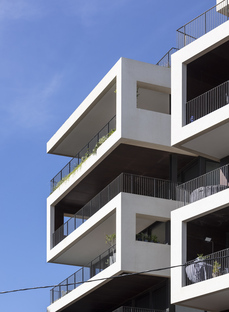 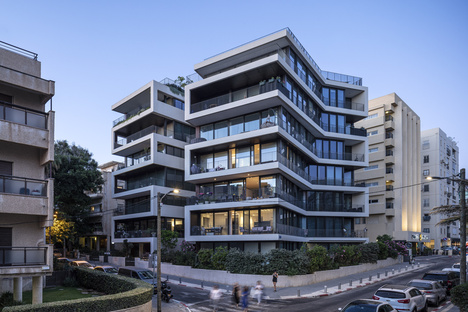 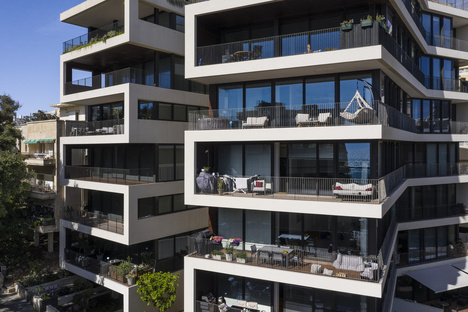 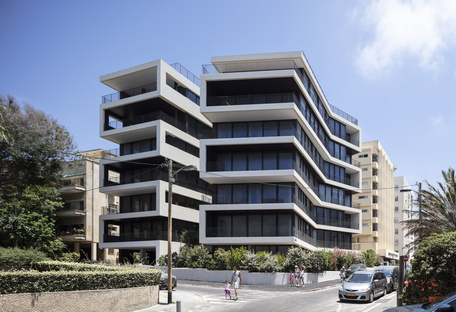 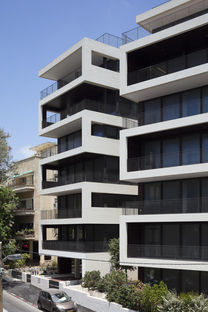 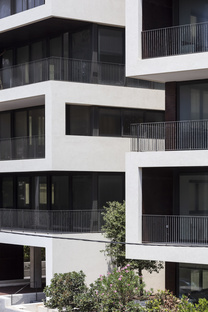 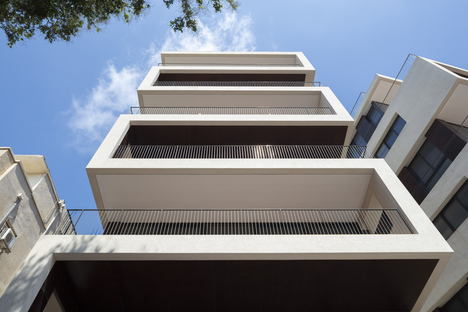 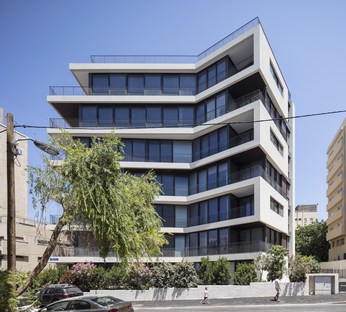 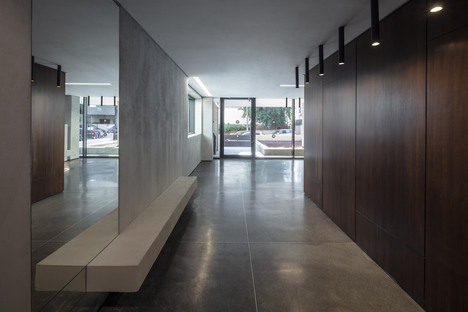