The Ahad Haam Tower is a modern 24-floor skyscraper in Haifa, lsrael’s third largest city. The design is the result of a partnership between Bar Orian Architects and Haifa-based firm Schwartz Besnosoff Architects inspired by the principles of the “Garden City” underpinning the neighbourhood itself, while incorporating a pre-existing building 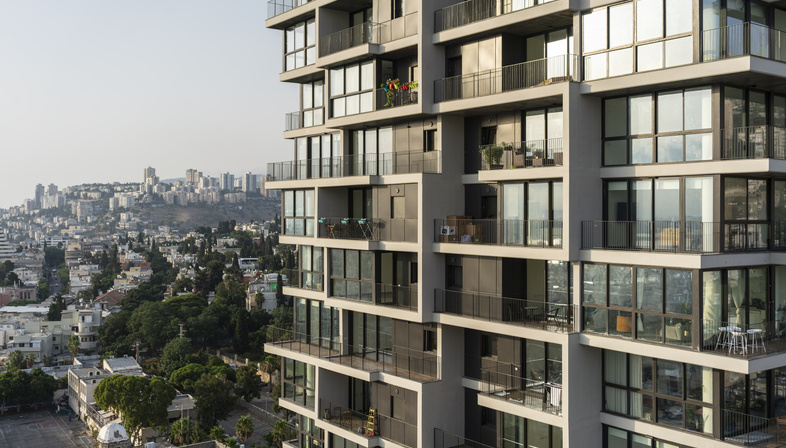 The Ahad Haam Tower is a modern 24-floor skyscraper made up of 170 apartments, commercial spaces, artists' studios, a library and a high-tech incubator located in the Hadar district of Haifa. What has for years been the socio-economic and cultural centre of the coastal port city, Israel's third largest, was built in the 1930s and designed by architect Richard Kaufman, one of the most influential architects in Israel’s history. Kaufman was in turn influenced by Sir Ebenezer Howard, an English town planner known for developing the principles of the "Garden City”, in Hadar, which are more relevant now than ever before. This is why the Ahad Haam Tower, built in partnership between Bar Orian Architects and Schwartz Besnosoff Architects in Haifa reinvents the city’s architectural heritage, promoting an urban concept whose aim is to manage urbanisation and densification.
The new tower was therefore designed to be a vertical urban district, with reference to its setting and particularly as regards Birkenheim House, next to the skyscraper. This is a 19th century Templar building which was restored to serve as a commercial area housing artists' studios and a café when the tower was built. Restoration work on this listed building was carried out under the strict supervision of the Israeli Society for Conservation and Presevation, together with various craftsmen who respected the details of the original building: wood, iron and stone.
The Ahad Haam Tower also has the same focus on materials. There are three different typical floors that translate into creating a vertical district, reflecting the existing principles of the Hadar neighbourhood. The tower's architectural values are illustrated in horizontal lines, three-dimensional facades, shaded sun terraces and functional, minimalist materials. In the words of the architects, “These characteristics are also present in the project’s surrounding environment, which is composed primarily of International architectural-style buildings.”
This focus on history and the surrounding urban context has resulted in the three-dimensional façades that are a feature of the Ahad Haam Tower, with its 170 residential spaces on 24 floors, all with panoramic views of the Mediterranean Sea and Mount Carmel.
Each of the apartments has its own identity, because, in the words of the Bar Orian architects and Schwartz Besnosoff Architects, “The primary goal of Ahad Haam Tower was to create a microcosm of local culture that distills the principles of the entire neighborhood. In this sense, the combination of the commercial ground floor with a series of artists' workshops was crucial, as it underlines the desire to revitalise the neighbourhood.
This makes the new tower not only a landmark in Hadar and home to a diverse population, but, also a catalyst for the cultural revitalisation and modernisation of a place with an important history. 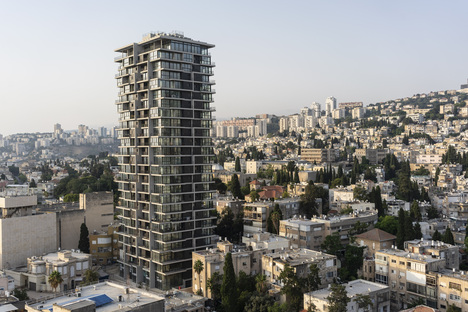 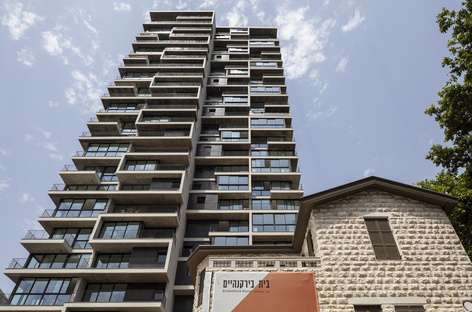 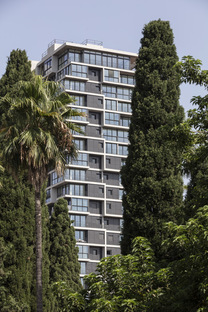 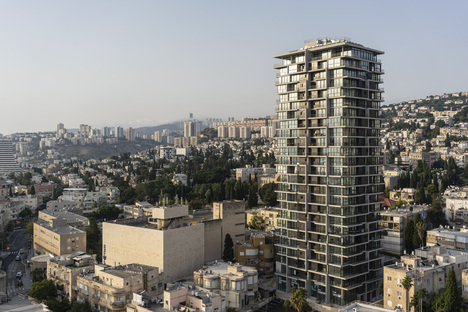 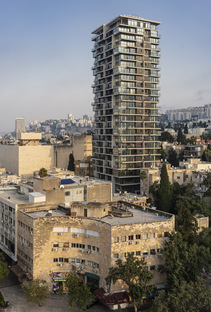 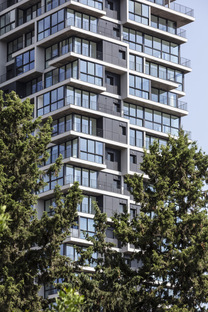 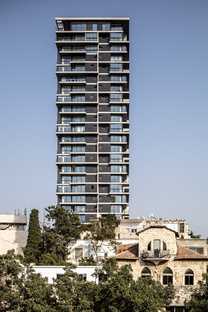 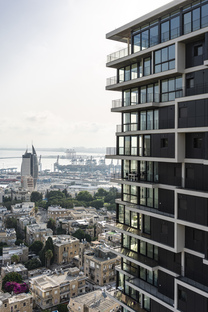